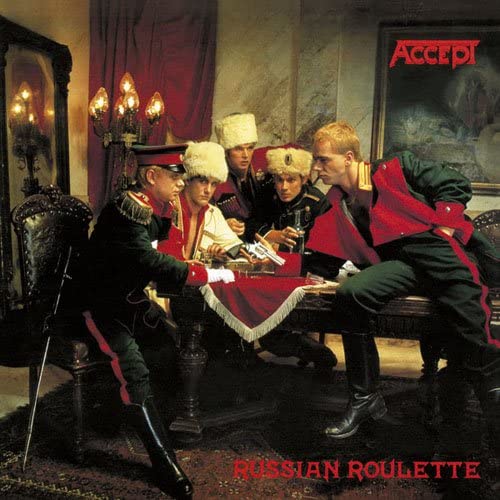 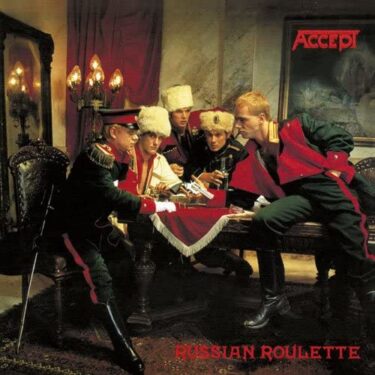 We have created a ranking of Accept.

They are a band characterized by hard heaviness.

On the other hand, their songs may be surprisingly catchy.

The band was characterized by that combination.

I think this band is like a condensed version of the charm of heavy metal. 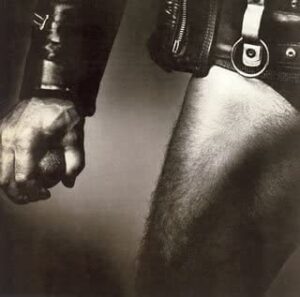 The music video for this song is a must see.

There are two guitarists, and if you watch the video, you’ll see that they are both Flying V.

Michael Schenker and Kai Hansen are also Flying V’s, but it seems that German metal people like Flying V’s.

At 1:18 of the PV, the body of the Flying V hits Udo in the head, and there is also a scene where he is head-banging and trying to break the Berlin Wall.

This song has an attractive backing chorus called the “earth-shaking chorus”.

I think this song is a historical metal classic. 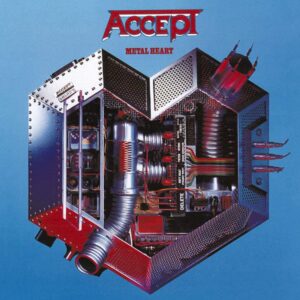 The vocalist of this band is Udo Dirkschneider.

His vocals seem to be specialized in metal.

The guitar playing, on the other hand, incorporates classical melodies.

First of all, the intro is Tchaikovsky’s “Slavic March,” and the interlude quotes Beethoven’s “For Elise.

I did not notice the “Slavic March”.

So I listened to them and compared them, and there were indeed similarities.

If you are interested, please listen to the video above, starting at 6:35. 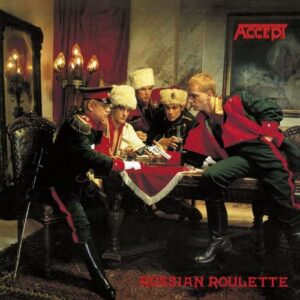 It is said that this album is the last album of their prime.

This album is said to be the last album in the band’s prime, because Udo left the band after this album.

At the time, it was said that he left the band due to differences in musicality.

But later on, Udo said in an interview that he was fired.

Apparently, the band replaced the vocalist in order to sell in the US.

However, the album’s follow-up, “Eat the Heat,” did not do well in terms of sales.

Meanwhile, Udo has formed his own band, U.D.O.

Here is the album title track from U.D.O.’s “Animal House”.

At the time, I was told that U.D.O. was more like Acceptance than Eat the Heat.

At the time, they were eager to sell in America.

This song and “Midnight Mover” show that direction.

The strength of this desire can be clearly understood by watching the music video for “Screaming for a Love-Bite.

They have a woman in her underwear dancing, and the members of the band are dressed like ghost busters and dancing together.

Did they think this would sell well in the US?

The song was cut as a single in the U.S., but it did not sell well.

On the other hand, there were many fans of theirs in Japan at that time.

A live album from the Osaka concert in 1985 was released as “Staying a Life” (a video also exists, but the footage is not from the Japan concert).

(A video also exists, but the video is not from the Japan show.) The album includes the song “Princess of the Dawn,” in which Dirkschneider is surprised by the audience’s loud chorus.

This album got 98 points from BURRN! magazine, so I guess that’s the influence.

At the time, L.A. metal was in its heyday, and they were very masculine.

The theme of this album was battle, and the name of the album was “Russian Roulette.

The main character in this song claims that he is not a monster and is trying to fight for his life.

The “earth-shaking chorus” is also very powerful in this song.

I think the appeal of this band is the loud backing chorus and Udo’s vocals.

The combination of both was truly wonderful. 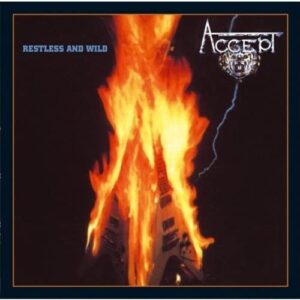 They are most unique in their medium tempo songs.

However, in the early days, I think many of their songs were much faster.

One example is this song.

This song reminds me of Judas Priest’s “Freewheel Burning”.

I feel the beauty of metal style in this song.

In the 1980s, there were many great metal bands, and they competed with each other in a friendly competition.

The resulting stylistic beauty could be described as functional beauty.

For example, in this song, the two guitars working together starting at 2:30 may be a common pattern.

However, within that style, they have created their own distinctive style.

It was their first album.

It reached #59 on the album charts in their home country and #74 in the US.

It is said that the album cover was one of the reasons why it charted in the US.

It was said that the album cover was a hot topic in the U.S. at the time because it reminded people of gay people.

I think it was Rob Halford’s influence.

I’m not a fan of this jacket, but it seems to have worked in their favor in terms of sales.

With this album, they established their personality.

There are more medium tempo songs and the intensity of the heaviness has increased.

The guitars on this album are the following two.

However, they were not twin lead guitars, except for a period in the early days.

Compared to other bands, the two don’t work together as much.

Wolf once said in an interview that Jorg was a useless guy.

When I read that, I knew it was true.

If the two of them got along well, they would probably work together more in terms of performance.

Incidentally, Jörg plays lead guitar in this song, which is rare.

Please listen to the guitar solo at 2:28.

You can see that Jorg is a good guitarist too. 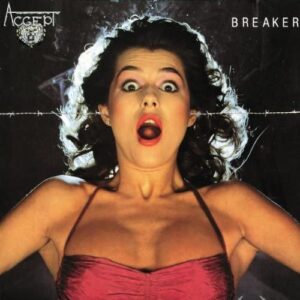 On their first two albums, Accept and I’m a Rebel, they were forced to follow the record company and couldn’t make the music they wanted to make.

But they came into their own with this third album.

This album is the starting point of what they are today.

Incidentally, they have an early best-of album called “Hungry Years”.

This album also contains this song, but I do not recommend it because the original song has been changed.

I am not a fan of best-of albums.

I’m not against best-of albums, but I am against re-recording or changing the original songs.

This cover always reminds me of the Scorpions in the 1970s.

Finally, I would like to write about what happened after Udo left the band.

Since then, the band has repeatedly broken up and reunited.

Udo rejoined the band once, but after the second breakup, Udo never came back.

Udo is still active in U.D.O. and doing well.

The Accept side, on the other hand, has been commercially successful since the second reunion.

In 2014, it topped the album charts in its home country of Germany.

Here is one song from that album “Blind Rage”.

This band had two central figures, Udo and Wolf.

They are now working separately, but I miss the days when their personalities clashed with each other.