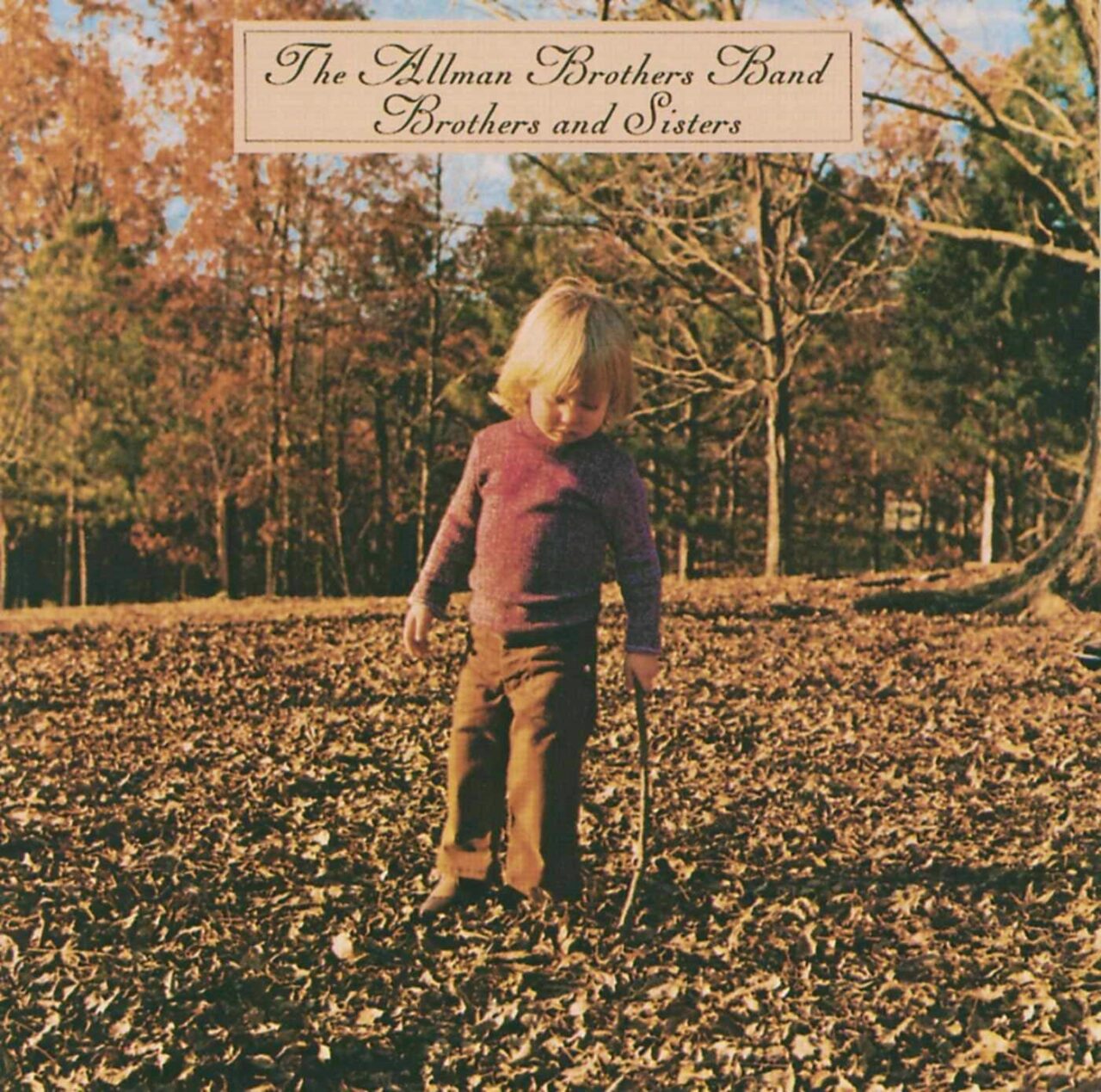 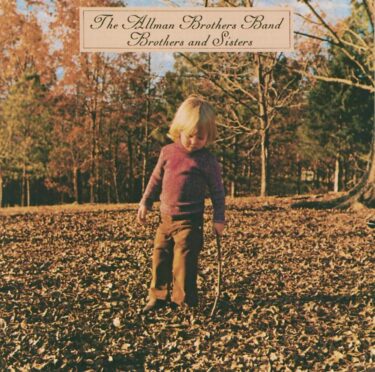 This time, I created a ranking of the Allman Brothers Band.

They are famous for their live album called “At Fillmore East”.

It is one of the best albums in the history of rock music, but many people may have only listened to that album.

The only other album I can think of is “Brothers and Sisters”.

This time, I have selected songs from those two albums as well, but I recommend this ranking for those who are not familiar with the other albums.

In order to make it easier for you to grasp the band’s overall image, I have placed songs from various periods in a balanced manner. 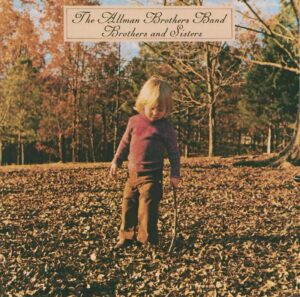 They are a band of great performances, not great songs.

For this reason, studio albums are not popular, and only live albums tend to be appreciated.

This album is an exception.

This song in particular has its own charm. The chorus is also very cool.

The loose sound is also great.

Of course, it’s not as catchy as a pop song, but it’s one of their more cohesive works.

In fact, this album became their masterpiece in terms of sales, reaching number one in the US.

If they had had a member who was good at writing music, they would have been a much better band.

That’s what this song makes me think. 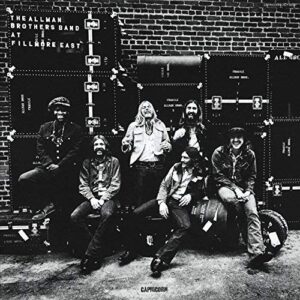 A lot of people might have expected this song to be number one.

I didn’t dare to miss it, but this is my ranking.

This album is a legend in the history of rock music.

This album is a legend in the history of rock music, as it was ranked second in Rolling Stone’s “50 Greatest Live Albums of All Time.

This means that it is the best rock live album of all time.

I was a junior high school student at the time, and I could hear its fame.

But at the time, I couldn’t understand a word of it.

Now, I think I understand it to a certain extent, but it is certainly difficult for beginners of Western music.

For those of you who are new to Western music, here are some tips on how to appreciate this song.

You may want to concentrate on the slide guitar of Duane Allman, who was called “Sky Dog” because of his amazing skills.

If you still can’t figure it out, it’s okay to put it off for a while.

You may want to listen to some different music and then try again.

If you find this performance amazing from the start, then you have been blessed with a talent for listening to rock music. 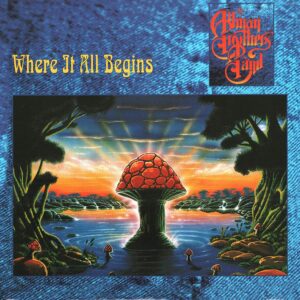 At this time they were in their second prime.

The first, from “At Fillmore East” to “Brothers and Sisters”, was probably the peak period of the entire period.

Maybe some people still consider it as the second heyday even today.

Both of them are genuine live bands that gained popularity from their live albums.

This album was released in the middle of their second heyday and won a gold disc.

First of all, the guitar riff in the introduction is wonderful.

Gregg Allman also sings a straightforward song with no tricks.

On guitar, Warren Haynes is in top form. 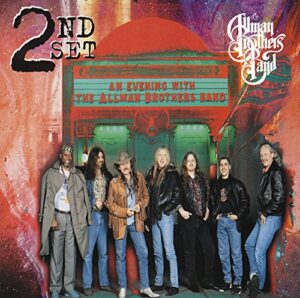 The original version of this song can be found on “Where It All Begins”.

The studio recording there is also quite good, but I’ve chosen the live version of the song.

In their heyday, they are generally classified as Southern Rock.

Southern Rock is earthy music rooted in the roots of the American South.

It can be described as music that is attractive in a slightly raggedy way.

In this song, the raw, human emotion is appealing, similar to The Band’s “The Weight”.

Or to be more precise, manly.

In fact, all seven members are men.

It’s no wonder the music is so manly.

They have a tradition of playing this kind of music that is somewhere between fusion and rock.

They have been playing this kind of music since their early days.

The song “Revival” from their second album “Idlewild South” is in the same vein.

It didn’t make it into the rankings this time, but I thought it was a very good song.

I think this song is one of the best in this line.

Generally speaking, this song and “Jessica” are the most famous songs on this album, but I prefer this one.

First of all, the guitar tone is not muddy and not rock-like.

The guitar tone is muddy and not rocky, but this suits the song.

This is a song where you can just enjoy Les Dudek’s stretchy guitar.

The song was written by Dickey Betts, who brought a bright, pop country flavor to the band.

He also sang on this song, and it was the peak of his career.

However, the Dickey Betts-led regime came to a standstill, and the band broke up in 1976. 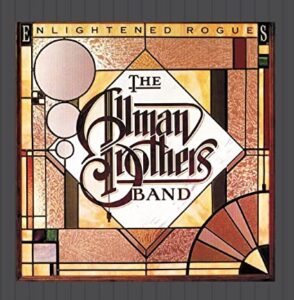 As I mentioned earlier, this band is a masculine band.

However, in this song, they unusually duet with a female vocalist.

It is a light song with a slight West Coast flavor, which is different from their usual style.

At this time, the refreshing lightness had not yet backfired.

On the contrary, it was a huge success, reaching #9 on the album charts.

However, perhaps they got a taste of it and went into lighter music with “Reach For The Sky” and “Brothers Of The Road”.

The latter also produced an uncharacteristically breezy hit called “Straight from the Heart”.

This album, as the title suggests, was the first release after their reunion.

Old fans were disappointed, but they were able to gain new fans.

The album was released in 1979, during the heyday of West Coast Rock, so perhaps the aim was good.

However, they couldn’t maintain the popularity of this line of music and it gradually slumped.

This song was a temporary success in that transitional period, and is rich in emotion. 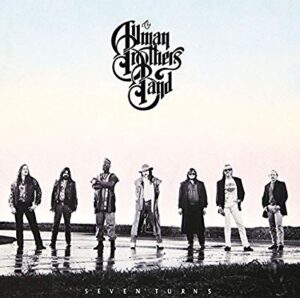 As mentioned above, they went down an uncharacteristic path for a while, but at the same time, their traditional fans started to leave.

The fans wanted them to be more masculine.

This album was a fresh start in their original direction. The old fans went crazy.

One of the reasons for the success of this album was the participation of Warren Haynes, a very talented guitarist.

He had a musical orientation similar to that of the old band.

His playing style is different, but like Duane, he specializes in slide guitar.

He was the savior that the band as well as the fans had been waiting for.

As of now, there is no Dickey Betts in the band.

It is thanks to him that the band is still popular and has gained a large number of fixed fans.

He was the core of this band, along with Derek Trucks, until Gregg Allman passed away.

The guitar solo at 2:53 is short, but very hard-boiled and sibilant. 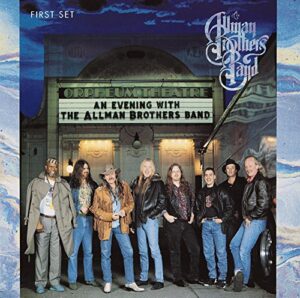 This is a selection from the live album.

Since Warren Haynes joined the band, there have been two more great albums, Seven Turns and Shades of Two Worlds.

But they are a genuine live band.

With this album, they proved that they are still one of the best live bands in the world.

Warren Haynes really shows what he can do in a live setting.

They have had two drummers and two keyboardists at one time, but they are basically a guitar-driven band.

If the guitar performance is good, everything is good.

In this song, Warren Haynes is playing the kiter as the main character, and he seems to be enjoying it.

If you are not interested in guitar, you may get bored because the guitar playing is too long.

But for those who like it, I think it’s a very exciting song to listen to with a beer in your hand in a festival atmosphere. 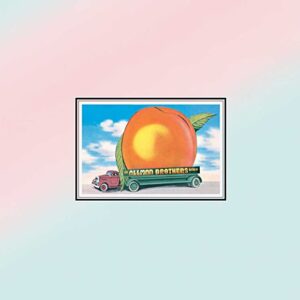 Here is a song that is a small piece of their work.

This is a selection of songs from the album they released in memory of Duane Allman, who was killed in a motorcycle accident.

Not long after, bassist Berry Oakley was also killed in a motorcycle accident.

In the midst of this turmoil, Dickie Betts took the musical initiative to finish this album.

This song was recorded after Duane’s death.

This album is an odd mix of studio and live recordings.

The studio recordings include songs that show the direction of the band in the future.

This song is very simple, but the more I listen to it, the more it sinks in.

The last one is this song.

This is not a song that should have been ranked this high.

The reason for this ranking is because of the length of the song.

I don’t mind if it is too long for me to listen to. I don’t mind listening to it for myself, but when I introduce it to others, I am a little hesitant.

I don’t know if it’s okay to hold up the person’s time for a long time.

Nowadays, we live in an age where cost is the most important factor.

I have no intention of going against the economic principle of getting results in a short time.

So I tried to make it so that those who don’t have time can skip this song.

The reason why I have included it is because I feel that without this song, the band’s appeal cannot be fully conveyed.

It takes a lot of time, but I think it’s worth it.

There was a time when you could listen to long songs without being pressed for time.

This song is an instrumental and is very long, so please only listen if you have time.

The only thing I would like to say is that I think blues rock has a lot of long songs.

If you like blues rock, you will probably listen to this song all the way through.