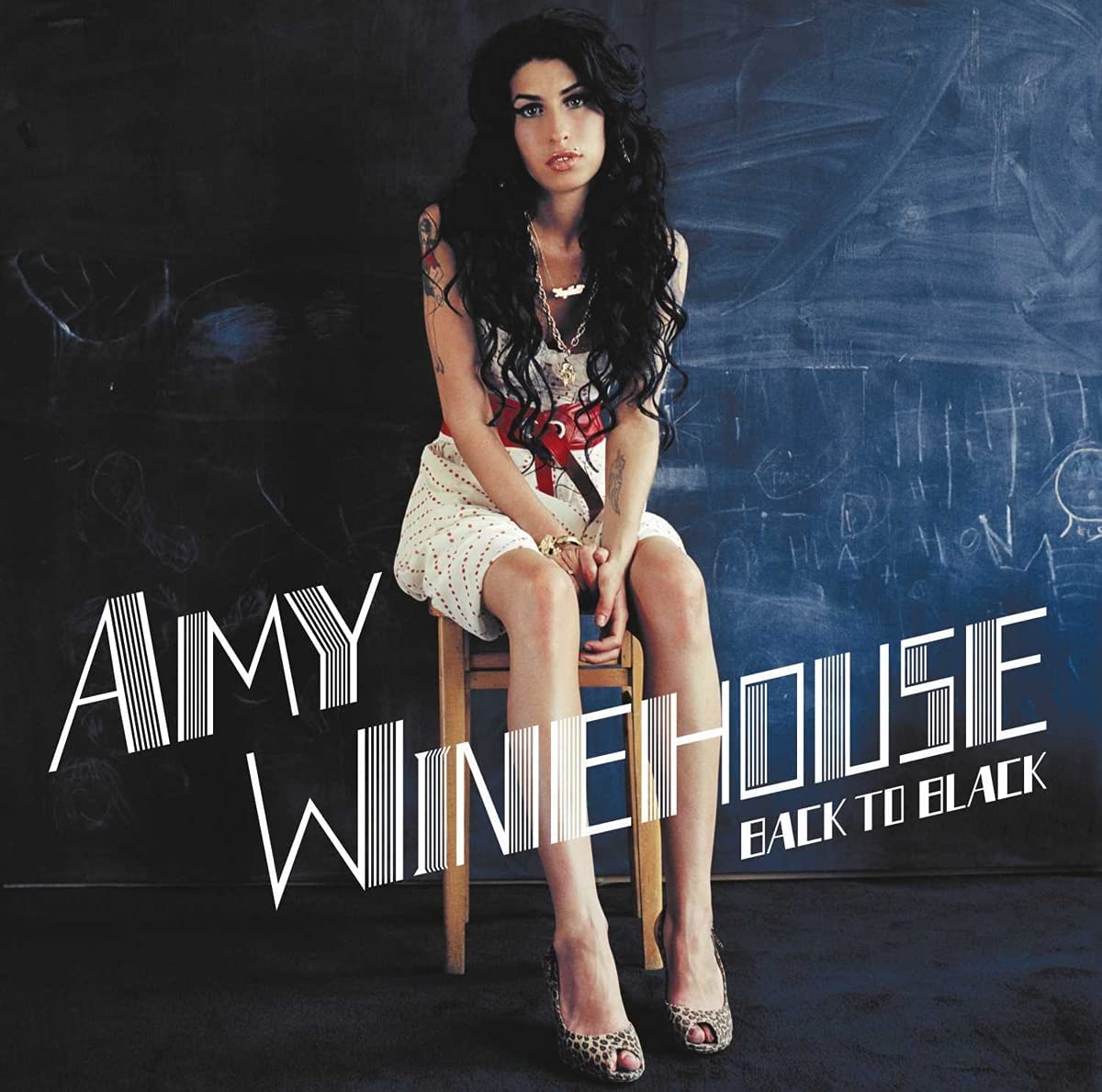 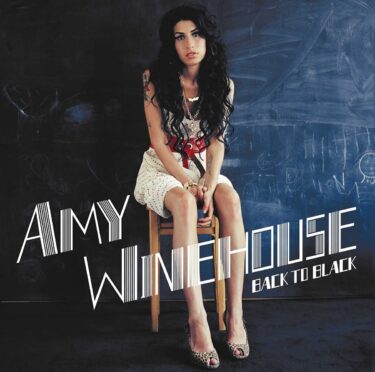 In this issue, we have created a ranking of Amy Winehouse.

She has been a particularly memorable singer since the year 2000.

As a one-of-a-kind entity, she has maintained a high level of popularity even after her death.

If you want to taste the power of real singing, I believe you will be satisfied. 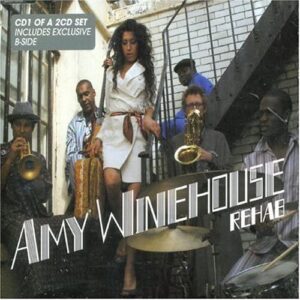 ※The jacket is a single one.

She was suffering from drug addiction and alcoholism.

In this song, she rebels against those who advise her to go to a rehabilitation facility for alcoholism.

She refuses to go to an institution.

She refuses to be sent to an institution, giving various excuses to those who want to rehabilitate her.

But his straightforward words had a great impact on me.

The version I chose this time is the one with Jay-Z’s participation.

She later had to be hospitalized as her condition worsened. 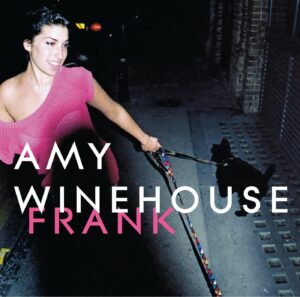 I would recommend this song especially to those who have never heard Amy before.

This song may be typical of her love addiction.

From the song title, you can probably guess what the lyrics are about.

On the contrary, it shows that she is living in the present moment with great care.

This song has not been cut as a single, but I love it.

It might not be a bad idea to get to know her charm through this light-hearted song. 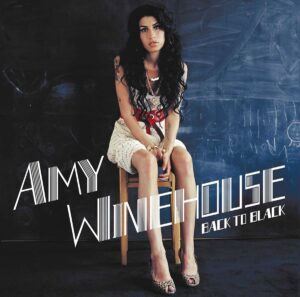 Her first album was a good one.

However, she was still trying to find a way to convey her appeal.

In fact, she complained about it later on.

For her second album, however, she focused on her tough charm.

In this song, Marvin Gaye and Tammi Terrell’s “Ain’t No Mountain High Enough” is quoted.

In fact, at the time of the first take, I had not sampled this song.

The album was produced by Mark Ronson and Salaam Remi.

This is Salaam Remi’s side of the song, and he suggested that we quote this song, which she seemed to like.

He also wanted to increase the tempo of the song for sales reasons.

This song confirms that she is a blues singer.

You can hear the influence of Bessie Smith and Dinah Washington in her songs.

Now this song is about Blake Fielder-Civil, a man who was her ex-husband.

I will post a picture of the two of them. 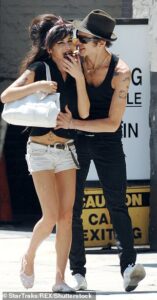 He was a cocaine addict and not a very reputable person.

But to her, he was a man she would never forget. 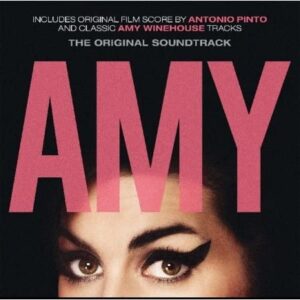 She thought of herself as a jazz singer.

Her first album was notable for its jazz-like songs.

I also listen to jazz, and the world of female jazz singers is full of incredibly talented women.

I think Amy is one of the best singers, male or female, since 2000.

However, even she may not be able to compete with the top female jazz singers in terms of overall performance.

After all, she is a legend.

However, Amy had a strong point.

She had a voice with a strong presence.

If I were to compare her to a boxer, I would say that she is not as good as the top rankers in terms of overall strength, but she is a boxer with tremendous punching power.

With that strength, you would expect that she might be able to compete with the legends of the past.

Here are some of the songs she sang about jazz.

Today, there is a tendency to try to eliminate the gender gap between men and women.

However, she does not seem to be that type of person.

The song can be summed up as, “You’re a man, you must be stronger than me.

In the music video for this song, there is a man who seems to be her boyfriend.

He is drunk and staggering around.

She gives him a cold stare.

Finally, she leaves him sleeping on the street and goes inside the house.

She lives her life with her true feelings, for better or worse, and that seems to be what some women thought was cool about her. 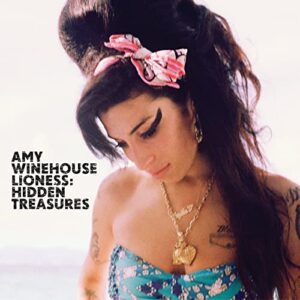 There are only two original studio albums of hers.

This album is an edited collection of unreleased songs, mostly from before her debut.

She passed away at the young age of 27.

The cause of her death was said to be excessive alcohol consumption.

In her later years, her drug addiction and alcoholism worsened, and she was repeatedly in and out of the hospital.

In her later years, it got so bad that she could not sing live.

The paparazzi took this picture of her. 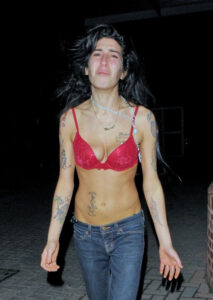 She seems to be crying.

Perhaps it is the devastating way of life that makes her songs so appealing to people.

Adele seems to have been influenced by Amy quite a bit.

I love Amy, and as a fan I’ve gone through a period of great sadness.

I’ve finally come to appreciate, in every sense of the word, what she’s brought into my life.

Today, there are plenty of people who are just good singers.

However, she had a foreign presence in the music scene, which was becoming homogenized at a high level.

I can feel the life force in her songs.

This song has a modern sound, but when Amy sings, all you can hear are her vocals.

She is influenced by older music.

In fact, her music is influenced by various genres such as jazz, soul, blues, girls pop, and reggae.

Her longing for the old days is also evident in her fashion.

Her hair style is called beehive hair, which was popular in the 1960s.

Her kabuki-like makeup was also inspired by The Ronettes’ Cleopatra makeup.

Perhaps The Shangri-las also influenced her.

Her obsession with old music and fashion has made her a representative of her time.

At the 50th Grammy Awards in 2008, she was nominated in six categories, including four major categories behind Kanye West’s eight, and won five awards, including Best New Artist and Best Song.

The fact that this album has sold 1100 copies worldwide is very interesting. 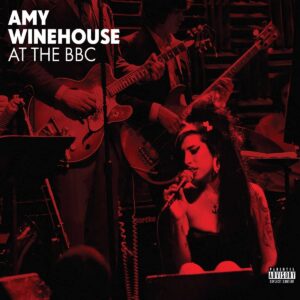 This is a selection from a live album.

This song was originally written by Toots and The Maytals, and later covered by The Specials.

Originally, she was just one of many people who loved to sing.

But fate put her in the spotlight.

A good friend of hers sent her demo tape to a record company, and she was soon given her debut on Island Records.

I haven’t seen it yet, but I heard that there is a scene like this in the documentary film “Amy” that follows her life.

(Amy) is appealing to Salaam that she wants to make (an album) with him as soon as possible because she can’t help the words coming out of her mouth one after another.

She is talking about music all the time, even when she is on the verge of losing the thread of life.

I hope you can feel her strong desire for music even more than her tragic life, because her desire to sing is evident until the very end.

She seemed to have a strong desire to sing until the end.