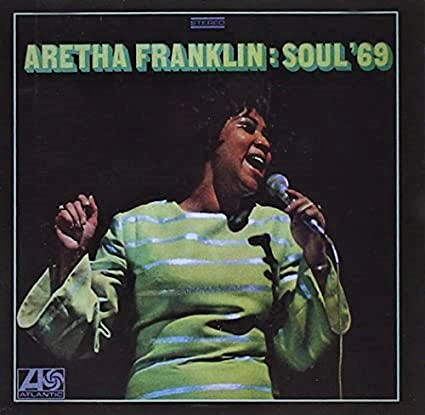 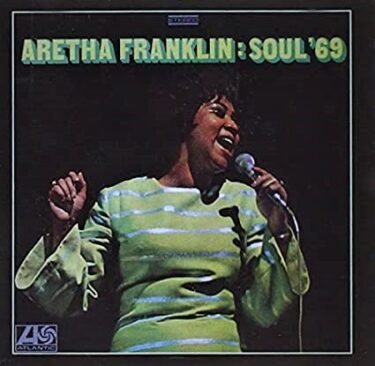 This time, I created a ranking of Aretha Franklin.

This time, I selected songs thinking only of conveying her appeal to music beginners.

For this reason, we have focused on ease of listening.

If you like this ranking, please take the time to listen to her albums.

I am sure you will find many great songs. 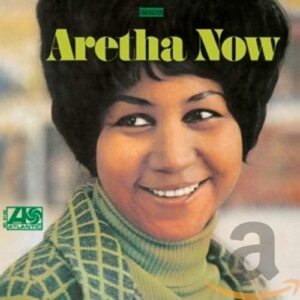 Aretha is an outstanding vocalist.

Not only that, but she can take a song and turn it into her own color.

There are many examples of her unleashing her hidden power, resulting in a great song even though the song is boring.

However, I don’t want her to change the mood of the song too much if possible, because the original of this song is a masterpiece among masterpieces.

Aretha has faithfully recreated the melody of this song.

To begin with, Aretha is not just a flashy singer.

I even think that she shows her true potential when she sings a little less loudly.

Even though she sings in a restrained way in this song, she definitely gives life to the song.

No.2「Don’t Go Breaking My Heart」(Album:With Everything I Feel in Me) 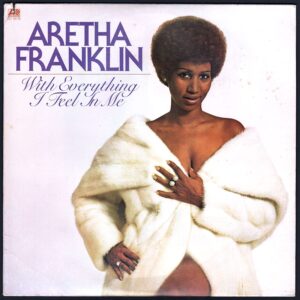 It was supported by Chuck Rainey, Richard Tee, Bernard Purdie and other musicians with a new sensibility.

The era was the heyday of new soul and the dawn of fusion.

Both the musicians around her and Aretha were breathing in the air of the new era.

Aretha Franklin was surprisingly able to adapt to the changing times, changing her style according to the times.

At the time of her debut, she was singing muddy Southern Soul, but it was a time when Southern Soul could reach number one on the charts.

I like these days of new soul the most, and I have chosen to include more songs from these days in this ranking.

I also covered Stevie Wonder’s “I Love Every Little Thing About You” on this album.

This is the song that I consider to be the best of that period.

No.3「Don’t Let Me Lose This Dream」(Album:I Never Loved a Man the Way I Love You) 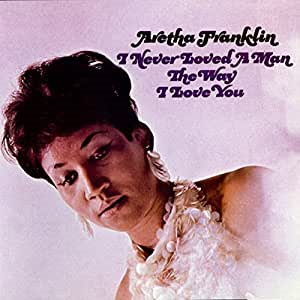 This song is also sung by Dusty Springfield, who is also quite good.

This song was written by Aretha herself.

She writes a lot of cover songs, but she can write such wonderful songs.

At that time, she had debuted as a jazz singer, but her popularity was slowing down.

So she made a fresh start as a soul singer, and this album is her fresh start.

In this song, she sings about her anxious feeling of what would happen if she lost this dream.

As is the case in Japan, youth was important for female singers in the US as well.

If they were not successful by the age of 25, they had to rethink their life plans.

However, she was able to seize the opportunity when this album became a big hit.

This song is a classic from the time when she was overcome with anxiety, as she would later blossom into a big flower. 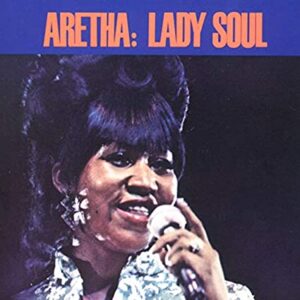 There are many great songs from the late 1960s, when she was emerging as a singing sensation.

Her debut album includes the title track “I Never Loved a Man the Way I Love You” and “Baby, Baby, Baby”.

This album, released the following year, also contains gems such as “Chain of Fools” and “People Get Ready”.

I decided to include this song as a representative of the songs that were not selected despite their good quality.

The original song is a classic written by Carole King and Gerry Goffin.

This song is about how meeting a man helped her realize that she is a woman in a natural way. 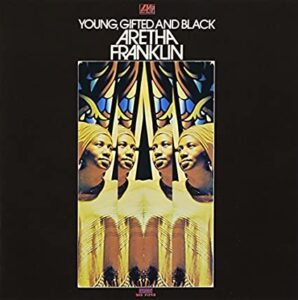 This song has a similar feel to “Don’t Go Breaking My Heart”.

Both songs were written by the same duo, Burt Bacharach and Hal David.

The lyrics are about two people who have fallen in love and are asking everyone around them if this joy is April Fool’s Day.

I like this album so much that I chose it as the only two Aretha songs I could find.

By the way, my top 3 favorite Aretha albums are as follows.

・I Never Loved a Man the Way I Love You
・Young, Gifted and Black
・Sparkle

There was a time in the 1980’s when I was a little afraid of Aretha.

I felt that the way she sang and the sound in the background had gotten thicker.

However, I think this period had a good balance between not being too flashy and being gorgeous. 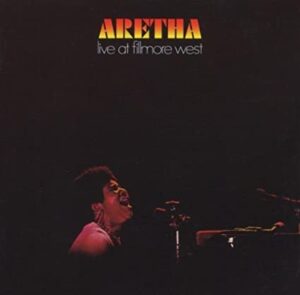 She is one of the most popular American singers.

By the way, Rolling Stone magazine, an authoritative magazine in the rock world, has this evaluation.

He was ranked #9 on Rolling Stone’s list of the 100 Greatest Artists of All Time.

This means that regardless of whether you are male or female, you have been voted number one in the singer category.

I didn’t necessarily focus on the singing in this selection, because the emphasis is on the appeal of the song.

For those who want to enjoy the awesomeness of Aretha’s singing, I recommend around “Amazing Grace”.

In this ranking, how about this song, for example?

This album is often cited as her masterpiece and contains many famous songs such as “Love the One You’re With”. 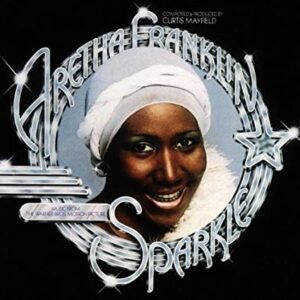 This album is famous for being produced by Curtis Mayfield.

This album is unusual among Aretha’s albums in that the album seems to have been created with a total image.

This album is the soundtrack of a movie.

This album has been gaining more and more recognition as time goes by.

This album may have become well known when En Vogue featured it.

They did a great interpretation of “Hooked on Your Love” from this album.

After that, I started to see some musicians mention this album as a fave.

Nowadays, many people consider this album to be Aretha’s masterpiece.

No.8「Until You Come Back To Me (That’s What I’m Gonna Do)」(Album:Let Me in Your Life) 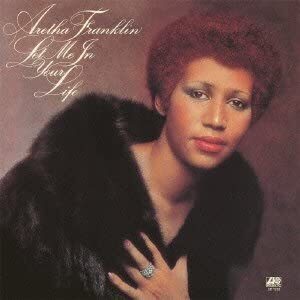 Aretha is very much a cover song person.

This song is by Stevie Wonder and has always been a favorite of mine.

Aretha’s singing is wonderful, but the backing music in this version is also very attractive.

It’s not a thick sound, but when you listen to it, you’ll notice that there are a lot of ideas in it.

First of all, I like the keyboard that comes in for a moment at about 46 seconds after the intro piano.

Also, the flute at 2:27 and the female chorus strongly support Aretha’s song. 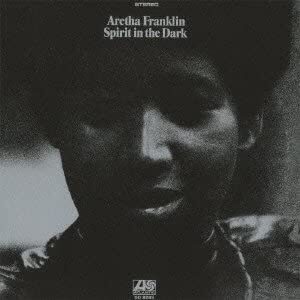 This song may be a hidden masterpiece.

First of all, the swelling horn sound in the introduction attracts the ear.

Also, the light guitar sounds throughout the song create the atmosphere of this song.

When I find a song as sophisticated as this one, I feel like I’m getting something out of it.

This album called “Spirit in the Dark” is one of Aretha’s albums that I have had the chance to listen to relatively often.

When the intro of this song comes on at the eleventh track, no matter what I am doing, my hands stop for a moment.

At the time, she was at the height of her popularity and still in her twenties.

However, from the late 1970s, she gradually entered a period of stagnation.

Then in the 1980s, with her flashy sounding songs, her sales picked up, but I didn’t think it was that good.

I felt a sense of sadness, as if she had been buried by the times.

However, in 1998, she released a great album called “A Rose is Still a Rose”.

In 1998, she released “A Rose is Still a Rose,” a pleasant album that allowed us to experience the charm of her songs in a more natural way, while incorporating a trendy sound.

Her later works continued to be of high quality with support from those who respected her.

She passed away in 2018, but I believe she was a person who ended her life as a rose until the end. 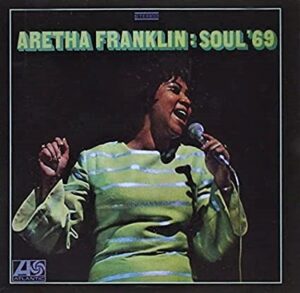 I like this song, but other people may not think it’s that good.

To be honest, if you were to ask me what I like about this song, I’d be at a loss for an answer.

The sound of this song is a little different.

There’s a song that sounds a lot like Al Kooper’s arrangement.

It sounds like it could be used in a New Cinema movie.

I think it’s an interesting combination of Aretha’s energetic vocals added to it.

This album was released in 1969, the year the legendary Woodstock Festival was held.

When I listen to this song, I imagine that Aretha was also influenced by the Flower Movement.