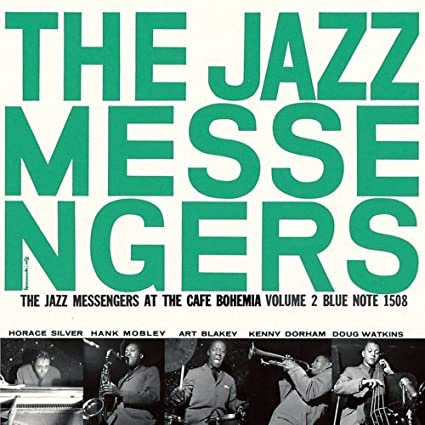 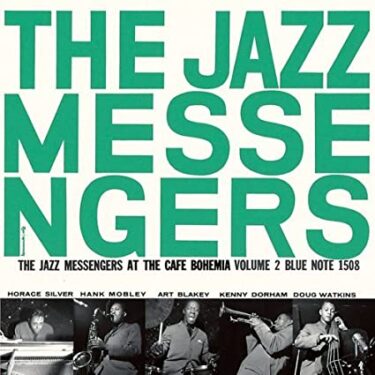 This time, I created a ranking of Art Blakey.

In selecting the songs, I kept the following two points in mind.

・Focus on the appeal of the song rather than the performance
・Don’t be biased toward passionate music.

We hope you will enjoy these great performances that can be called the royal road of jazz music. 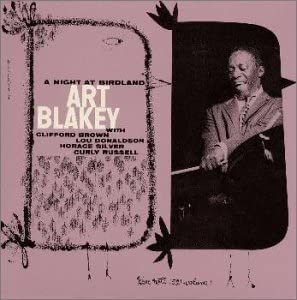 However, I would also like you to taste the enthusiasm that is the essence of Blakey.

This song is a prime example.

It is said that hard bop jazz started with this album.

It used to be played by some young jazzmen in a style called bebop.

Bebop was a style that had the thrill of improvisation, but was limited in its range of expression.

Hard bop, on the other hand, tried to slow down the tempo of the song more and enhance the musical expression.

In this piece, Lou Donaldson on alto sax and Clifford Brown on trumpet were trying to express a new kind of jazz.

This is the definitive masterpiece, the origin and the pinnacle of the music. 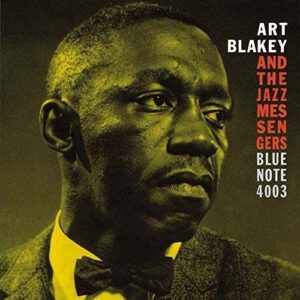 I did not have enough money to buy many jazz CDs until I was in high school.

It wasn’t until I was a college student that I was able to buy many jazz CDs.

This album is one of the few that I owned before high school.

Due to my youthful imprinting, no matter which of Blakey’s albums I listened to after that, I couldn’t believe that they were better than this one.

This time, I listened to the other albums again, and I still think this is the best.

It’s a good collection of songs.

However, I always skip “The Drum Thunder Suite”.

This song is my favorite of them all. 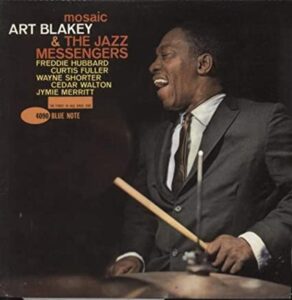 When I first heard this album, I felt that it was a little different from the Blakey I knew.

At that time, the band was a three-man band with horns.

The members were as follows

They are gorgeous members, but they have a cool charm that is a little different from before.

Cedar Walton on piano is also a hard bop pianist, but he is not the funky type. 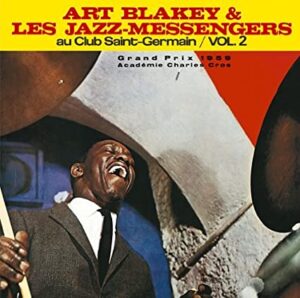 This album is a bundle of hot air.

It is as popular as “A Night at Birdland” among their many live albums.

However, it is too long to listen to all the way through, so I don’t have many chances to listen to it again.

This time, when I listened to it more carefully, I realized that there were some good slow and medium songs as well.

One of my favorites is this song.

Bobby Timmons’ piano in the intro and the horn section of Lee Morgan and Benny Golson make for a relaxing performance.

However, my favorite part of the song is Bobby Timmons’ piano solo at 7:17.

I sometimes listen back to that part over and over just to hear this soulful piano. 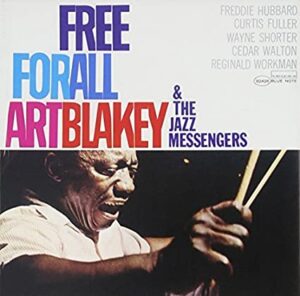 The title track of this album is one of Blakey’s most popular songs, full of enthusiasm.

Art Blaykey – Free For All

But this time, I chose “Pensativa”.

This song is like “Recado Bossa Nova” by Hank Mobley.

Blakey doesn’t seem to be a good fit for Bossa Nova, but he plays it surprisingly well!

Unlike Miles Davis, Blakey is not the type to force his vision on the members.

Rather, he is the type of person who tries to absorb the members’ opinions and encourage them.

In this song, he is devotedly supporting a bossa nova project that his subordinate brought to him.

He is the number one jazzman you want as your boss.

This song was written by Benny Golson.

Benny Golson is not highly regarded as a saxophonist.

However, his ability as a music director is highly regarded.

This song was also written by him, as well as other famous songs such as “Whisper Not,” which has become a jazz standard.

His harmonies are known as “Golson harmonies”.

The beginning of this song is a typical example, but he also does a good job with the arrangement in the second half.

In some places, he added Blakey’s “Niagara Roll” to show off the boss.

This man was a very good strategist. 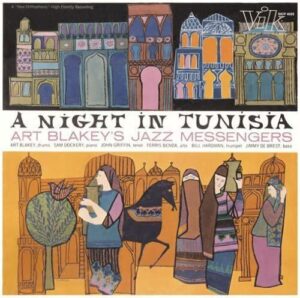 If you buy a lot of CDs, have you ever bought the same CD twice?

You think you know what you’re doing, but you’re wrong.

When I bought this CD, there was a reversal from there.

In other words, I thought I had bought the same CD by mistake, but then I found out that it was a different album, and I was relieved.

Heaven, hell, and then heaven, I guess.

Blakey has two albums called “A Night in Tunisia”.

The one not on this album is generally more famous, and there is also a great performance called “So Tired” on that album.

Incidentally, this time also features three tubes, but the members are different from those mentioned above.

This song is not particularly famous, but I like the melody of this song.

In terms of fame, this is one of the most popular songs by Blakey.

Whenever he is mentioned, it seems to be usually when a player from his band becomes famous.

Blakey is not the type of innovator in jazz.

I think he is a good field director.

But he was still playing old-fashioned hard bop even in the heyday of fusion.

He may be a man of single-minded craftsmanship.

After the disappointing 1970’s, he brought in a genius named Wynton Marsalis to join his band and showed that he was still going strong in his later years.

Please enjoy the representative songs of the stubborn father who devoted himself to single-minded jazz. 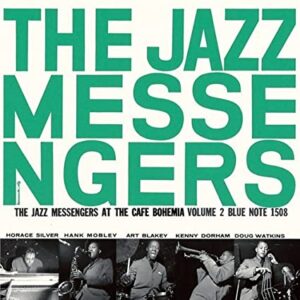 At that time, Kenny Dorham and Hank Mobley were the two unassuming front men.

With all due respect, they lacked luster, bounce, and sharpness in some respects.

However, they played with a real sense of taste.

It doesn’t need to be so unique.

Many jazz fans find a little joy in listening to similar layers and distinguishing the slight differences between them.

In that sense, this album concentrates the charm of hard bop. 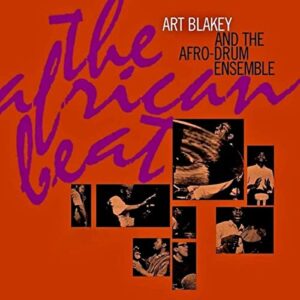 This person has released several albums of ethnic music.

The label is Blue Note Records, but this song is not jazz.

Blue Note also has other non-jazz albums such as “Palo Congo” by Sabu Martinez.

The flute player on this song is Yusef Lateef.

He is a player with a bit of a strange sensibility.

This song could be a kind of wild lounge music.

When I heard this performance, I thought it was different from the Blakey I knew.

But this kind of Blakey is good, too.