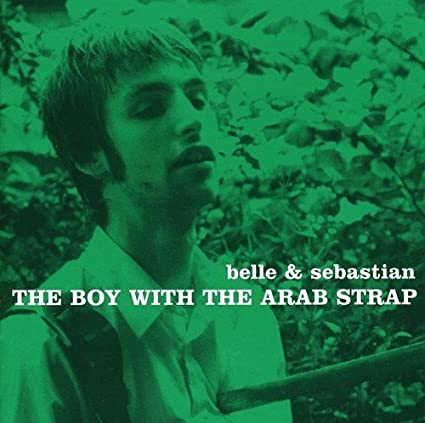 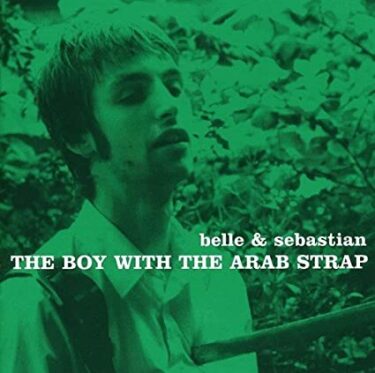 This time I created a ranking for Belle & Sebastian.

Creating their ranking was the hardest thing I’ve ever done.

For example, especially in the early albums, how can you say that this song is the best song of all?

Having said that, I’ve chosen the songs that I think are the best at the moment.

If you like them, please try listening to the whole album. 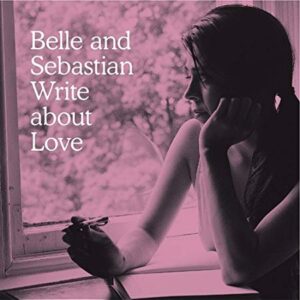 This album attracted a lot of attention with the participation of Norah Jones.

The producer is Tony Hoffer, as in the previous album.

When a band wants to make a change, the first step is to change the producer.

I guess they decided that they didn’t need to change.

The next album is a bit more clubby, which didn’t surprise me when I first heard this album.

From the melancholy guitars in the intro, it’s a reassuring song to know it’s them as usual.

They don’t have to change, but they are already great as they are now.

The feeling of suddenly wishing to “stop the world” in the midst of your mundane life.

I think this is a song that only they can capture those moments. 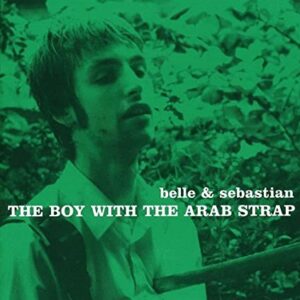 The album title is said to be a play on The Smiths’ song “The Boy With The Thorn In His Side”.

It is well known that they were influenced by The Smiths to begin with, which is why they colored the cover photo.

Arab Strap, on the other hand, is a Scottish group that has also released some great albums.

By the way, “Arab Strap” also has a sexual connotation, which I won’t explain.

It may be a bit in bad taste.

This song became a club hit in some parts of the world and raised their recognition.

Stuart Murdoch and Isobel Campbell’s harmonies are the best.

Also, Mick Cooke became an official member from this album.

His trumpet also plays an active role in this song, and he probably helped a lot with the arrangement.

This is one of the best songs of theirs.

There may be many people who say this song is their number one.

This album is an edited version of the songs from the EP, so the time period may not ring a bell for some of you.

This song was released on July 28, 1997, between “If You’re Feeling Sinister” and “The Boy with the Arab Strap”.

During this period, their popularity was on the rise.

Their popularity grew mainly by word of mouth, and these unreleased EPs played a significant role in that process.

The success of this song was due to the fact that it was performed with a female vocalist named Monica Queen.

She is a different type of singer from the lovely Isobel.

For the whole album, I think Isobel is more in tune with the band’s color, but for a single EP, this is also possible.

No.4「Get Me Away From Here, I’m Dying」(Album:If You’re Feeling Sinister) 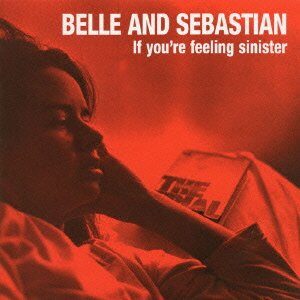 I can’t get enough of this fragile image.

In the early days, they had a lot of somber and dark songs, and listening to their music meant that you liked those songs.

But later, through trial and error, they started to show their bright and outgoing side.

Those who say that there is something lacking in their music today may like the somber and dark songs of that time.

To be honest, I understand the feeling all too well.

At the same time, when I heard a lively song like this one or “Like Dylan In The Movies” in between those songs, my ears would perk up.

This is a really great album.

At that time, they released an EP separately from the album.

All of them are unreleased songs.

The seven EPs were collected and compiled into this edited version.

In this song, a woman seems to have a crush on a man.

It’s not like I’m being taken to war, it could be worse.

But there’s still room in my wooden horse for you.

That’s what this song is about.

It does have an old wounded feel to it, doesn’t it?

The fact that it is sung by a male vocalist is a bit perverse, though.

This song may resonate with people who have old wounds in their hearts. 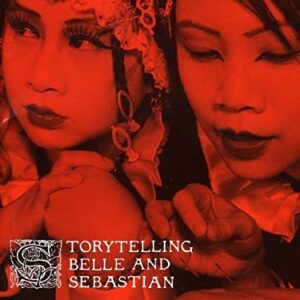 This album is said to be the soundtrack to the movie of the same name directed by Todd Solondz.

However, only about 6 minutes of this album is actually used.

It seems to be more of a “soundtrack-style album” that includes songs that were provided for the movie.

I like this work rather a lot, and there are several songs I like, including the title track of the Album, which I was not sure which one to pick up.

I’m the type of person who doesn’t care about the quality of the album as a whole as long as there is a standout track.

The next album, “Dear Catastrophe Waitress,” was produced by Trevor Horn, and I liked it, but it didn’t have any particularly good songs.

“Storytelling” had two outstanding songs, so I was very satisfied with it.

The sparkling positive arrangement of this song is very appealing.

The strings also danced gorgeously, which always lifts my spirits when I hear it. 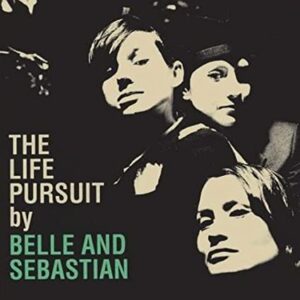 This Album is very popular.

Generally speaking, “Storytelling” and “Dear Catastrophe Waitress” are said to be in the doldrums.

I remember when this album was released after that, there was a lot of praise for it.

I was especially enamored with this song.

The early songs have a strange magic to them even when I listen to them now.

But that charm may be a transient attraction, like that of adolescence.

They have since grown up, and by the time of this album, ten years had passed since their debut.

If they had continued to go the sensitive route for a long time, they would have been playing at it.

But they don’t seem to have forgotten their early spirit.

They seem to have come out of a period of instability, but they still seem to be a companion to their fans.

No.8「Women’s Realm」(Album:Fold Your Hands Child, You Walk Like a Peasant)

They have a lot of great songs, even the longer ones with elaborate arrangements.

I was most confused about the treatment of “This Is Just a Modern Rock Song”.

If it had been one of the 11 choices instead of 10, it would have been included.

The lyrics of this song are as follows.

If we could compromise, I’d stay with you.

While I’m cleaning up after the dancers leave, I’m thinking about the song. A song about a boy and a girl in love.

In the first place, their songs are about trivial everyday life, the inner life of an individual, such a minimalist world.

In their case, I feel like I can just introduce a small group of songs. 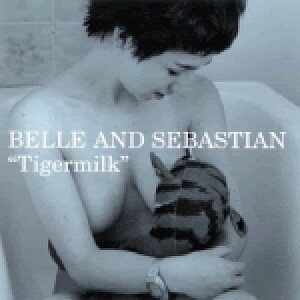 They are influenced by The Smiths, but their role to the listener is a bit similar.

In this song, the main character sings that my wandering days are over.

In this song, the main character sings that my wandering days are over.

The protagonist seems to have ended his days of listening to hip-hop, putting away ill-fitting boots, and being distracted.

He asks Isobel, “Am I becoming such a boring man?” Isobel replies, “It’s been a living hell.

The lyrics expressing this kind of shaky mental state attracts people who have similar problems.

Incidentally, this album was originally released by Electric Honey in a limited edition of 1000 copies.

It was later reissued by Jeepster Records in 1999, after their popularity had reached a boiling point.

As I mentioned earlier, this album is an edited collection of EPs not included in the album.

At the time of its release, there was a mixture of excited and puzzled voices.

The bewildered voices were those of the dedicated fans who had been buying the EPs.

They had given away the EPs they had bought and obtained this Album.

This song is not often mentioned, but I like its cheerful atmosphere.

It is the most light-hearted song in BERSEVA.

At about 2:44, the horns start blaring happily, and it’s so pleasant!

And the best part is the sudden waltz rhythm at about 3:30.

When I make this ranking, I usually decide on the first place first. But this time, I decided to put it off.

However, I had decided on this song for the tenth place from the beginning.

It was not because it was the tenth best song, but because I thought it had a wonderful aftertaste after listening to it.

I hope you will finish listening to it with a happy feeling.