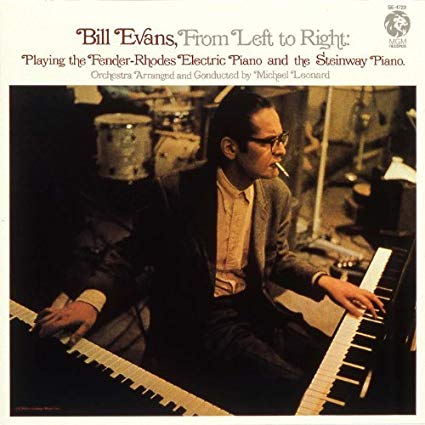 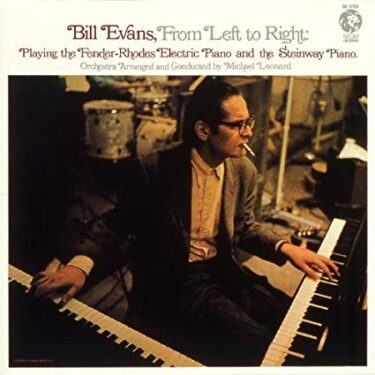 In this article, we have created a ranking of Bill Evans.

Bill Evans is an American jazz pianist who has had a major impact on the way jazz piano is played.

He broke away from relying solely on his right hand.
Flexible and mutually inspiring playing with other players
Fresh sound of chords.

He is the originator of the Evans school of pianists, which has since emerged one after another.

Herbie Hancock, Chick Corea, and Keith Jarrett are also in the Evans school.

In this article, I will focus on Evans’ piano, excluding his work with guitar and horns. 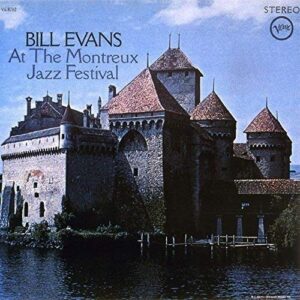 This is a famous Disney song.

Disney’s songs are often played by jazzmen, and this one seems to be Evans’ favorite.

His second favorite, based on the number of times he has performed it, is probably “Alice in Wonderland,” which I will discuss later.

This album was recorded live at a jazz festival in Montreux, Switzerland.

Jazzmen often perform in the small space of a jazz club.

However, the fact that it was a festival means that it was performed outdoors in a liberated environment.

Evans’ performance here was very relaxed, probably because of the sense of freedom.

Perhaps one of the reasons for the success of this album was the use of Jack DeJohnette on drums.

DeJohnette is a drummer who is known for his aggressive playing, and he pushes Evans hard from behind. 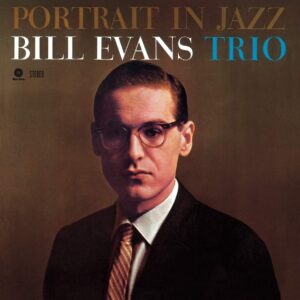 Scott LaFaro plays the bass on this song.

The song “Autumn Leaves” is said to be on par with Miles Davis’ famous performance.

Please listen to the interplay in this song from around 45 seconds.

Sometimes Paul Motian, the drummer, intervenes between the two players.

Evans is the first one to break out of this chain reaction of mutual reaction.

At 2:01, he starts to play as if he is going to run up, and the other two guys follow him. 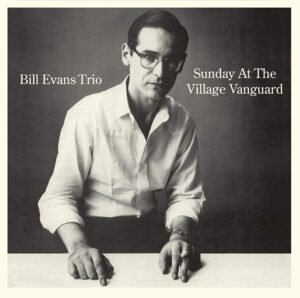 This song is also performed with Scott Ruffalo.

First, Evans plays in a paraphrased and prosaic way, but when the bass enters, the performance becomes a little more passionate.

In this song, the piano and bass are singing different melodies in parallel, but they are able to make music without contradiction.

After that, Ruffalo begins to move.

Ruffalo’s playing has a wildness and a genius inspiration.

There is a roughness to his playing, a disregard for theory, and a touch of the bad boy who solves difficult math problems without using existing formulas.

Scott Ruffalo was 25 years old at this time.

Ruffalo lost his life in a car accident shortly after this recording.

It was a great loss to the jazz world, but the fact that this performance was recorded a few days before his death made Ruffalo’s name last forever. 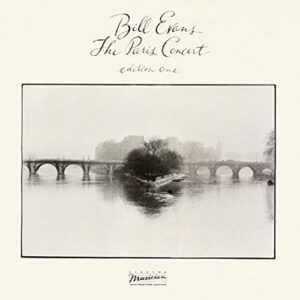 Evans had been married for 12 years to a woman named Ellaine Schultz.

They lived together as husband and wife for 12 years, but they were still in a common-law relationship and were not married.

However, Evans wants to have children and decides to leave Ellaine Schultz.

It seems that Ellaine Schultz was physically unable to have children.

After leaving Evans, Ellaine Schultz committed suicide by throwing herself in the subway.

He remarried and had a son, but he started to break down little by little around this time.

Incidentally, in response to Ellaine Schultz’s death, Evans wrote a song dedicated to her.

Now, “Noelle’s Theme” is a song that was used in Michel Legrand’s movie “The Other Side of Midnight”.

Noelle is the name of a woman in the movie who uses her beauty as a weapon to step on many men and become a star.

But in her heart, she has always had a love/hate relationship with the man who abandoned her.

When Evans chose this song, Ellaine Schultz may have been on his mind.

It was at this time that he began to deeply indulge in drugs. 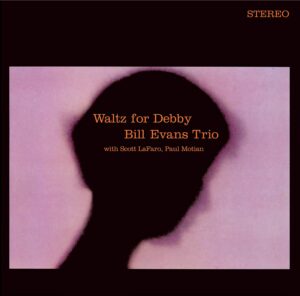 This song is generally considered to be his masterpiece.

It is beautiful from the very first note, and Ruffalo’s bass accompaniment is elegant.

I think it is a neat and very beautiful performance.

However, this may be a state of beauty that was obtained in exchange for something.

Evans was a morbidly shy man, but he was also an old-fashioned doomed jazzman.

The reason he doesn’t smile open-mouthed on the album cover is because his teeth were knocked out from being a junkie.

There is that kind of darkness behind the cuteness of this song.

Maybe that’s why, no matter how many times I hear it, I never get tired of listening to it.

This song is well known among soft rock fans, as it was covered by Chamaeleon Church. 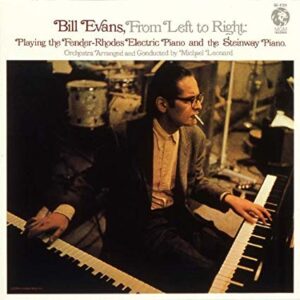 Please listen to the bossa nova-like tune, away from the pure jazz.

There is something too raw and serious about his playing, and this song is the answer to what would happen if he played a light, pop tune.

It has been said that Evans is characterized by a fine lyricism.

His music has a hard sound to it, but in this song you play it in a relaxed way.

This song is different from his usual style, but he hasn’t lost his essential flavor, and this is what I love about it.

I can’t help but wish that he had left more of these easy listening songs.

When I make my rankings, I sometimes think about what I would like to have as the number one behind the scenes.

People have different tastes, so I like to have a little diversity.

In this ranking, the back number one may be this song.

No.7「We Will Meet Again (For Harry)」(Album:You Must Believe In Spring) 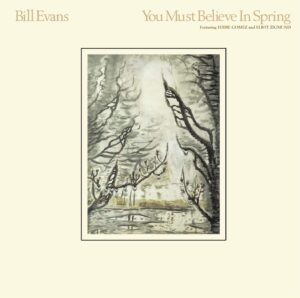 This album is dedicated to his late brother.

Incidentally, his signature song “Waltz for Debby” was given to his brother’s daughter.

It seems that the brothers were very close.

Evans had been blaming himself for the suicide of his ex-lover, and the death of his beloved brother pushed him further into a corner.

In the title of this song, he calls out to his deceased brother, “I’ll see you again.

He had a serious illness in his later years, but continued to refuse treatment and died prematurely.

In the last days of his life, his fingers were so swollen from the disease that when he pressed one key, he would press the next one.

He tried to play the piano in spite of this condition.

By the time he collapsed and was rushed to the hospital, it was too late for the doctors. 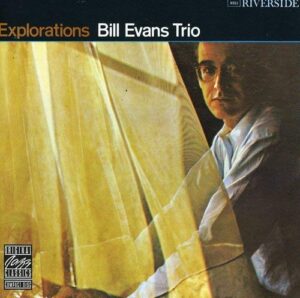 This is one of the Riverside Quadrilogy.

They are the gold standard of jazz piano.

Evans considered this album to be one of his best works.

It is true that this album contains many great performances, including “Explorations,” which is hard to beat.

However, the recording of this album may not be a good memory for Evans.

During the recording of this album, he and Scott LaFaro had been arguing.

Evans is not a man who likes to fight.

On Miles Davis’ “Kind of Blue,” Evans even cried himself to sleep when a song he had written was listed as Miles’ composition!

He was a reclusive person.

Even when he made his record debut, people around him were reluctant to let him do so, but he finally convinced them to let him.

But on this day, he seemed to have had a big fight with Ruffalo.

Ruffalo didn’t let it get to his head and played his walking bass. 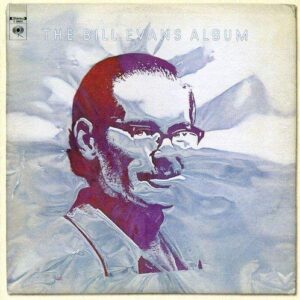 This song is about playing the electric piano, Fender Rhodes.

For a while, Evans was playing the electric piano quite a bit.

He doesn’t like to change much musically. He kept on releasing the same kind of albums for more than 10 years.

However, in the 1970s, he introduced the electric piano, and in his later years, his playing became more dynamic.

Since his piano is all about the delicacy of his touch, jazz fans tend to avoid playing with an electric piano.

If you are one of those people, you should listen to this performance.

In the middle of this song, he changes from electric piano to live piano.

I think he’s as good a bass player as Scott Ruffalo, and he also played on “We Will Meet Again (For Harry)”. 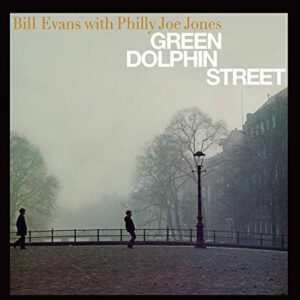 This piece is a relaxed performance for Evans.

It could be called a normal jazz performance.

I think he tends to play a little darker, perhaps because of his melancholy nature.

It seems that people who prefer soulful and clear piano do not listen to him very often, but how about this piece?

It’s so clear that it almost sounds like Sonny Clark.

I’ve written about Scott LaFaro in other songs, saying that he’s not your average jazz bass player.

What I mean by “normal bass” is a performance like this one.

This smooth bass line is spun by Paul Chambers.

People who want to relax and enjoy it casually may like it.

If you like this kind of music, I recommend the album “How My Heart Sings!