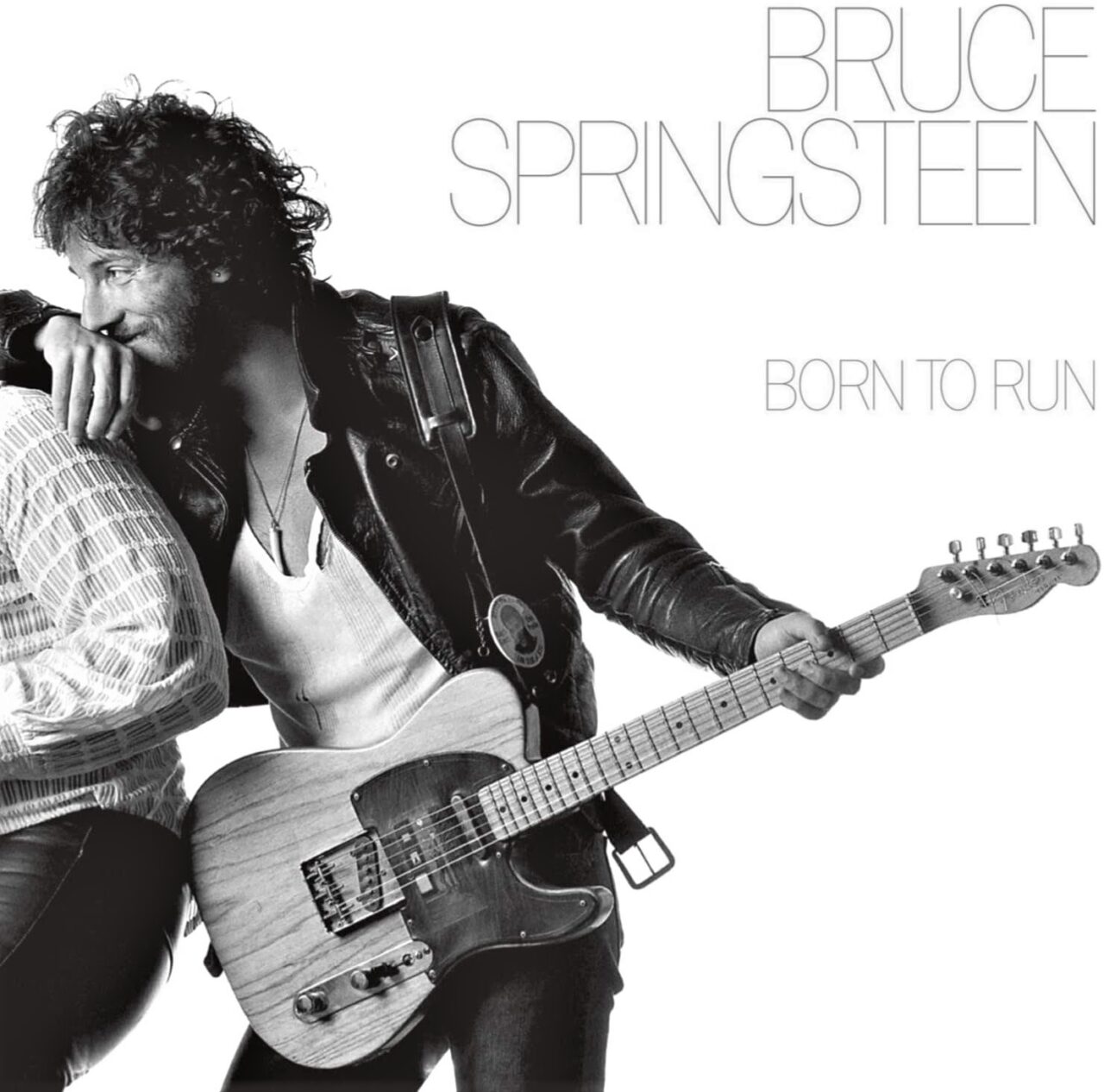 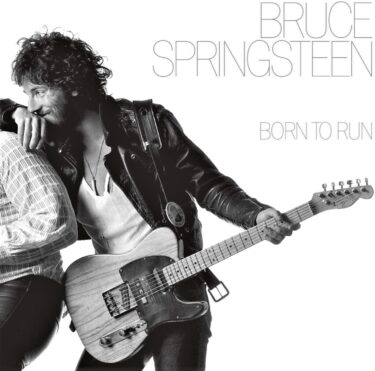 In this article, I have created a ranking of Bruce Springsteen.

There is something about his music that spurs people to action and brings out their survival instincts.

His songs are very encouraging to listen to.

Please listen to his songs and experience that feeling. 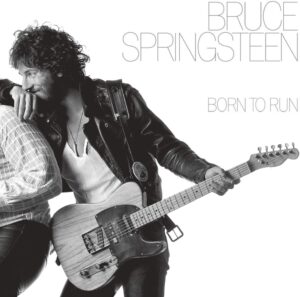 This song has a wonderful title.

I love the lyrics of this song because I feel its positive power.

If you feel that you were just born, this is the song you should listen to.

Just breathing may not be enough to say that you are alive.

But when I listen to this song, I am driven to do something.

In my case, writing this blog is what I want to do.

It would be easier to play than to write a blog, but the presence of good music pushes me to do so. 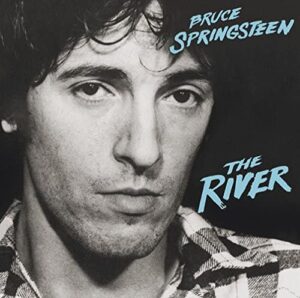 It was his first song to reach #5 on the singles chart.

However, he was originally asked to write this song by Joey Ramone of Ramones.

He wrote the song and was going to give it to Joey, but people around him convinced him to keep it for himself.

The song was a hit, and it may have proved that their advice was correct.

The song was also voted the best single of the year by the readers of Rolling Stone magazine.

In fact, he also wrote some great songs for Southside Johnny, and those songs were hits.

He seems to be a generous man who will easily give away any good song.

No.3「It’s Hard to Be a Saint in the City」(Album:Greetings From Asbury Park) 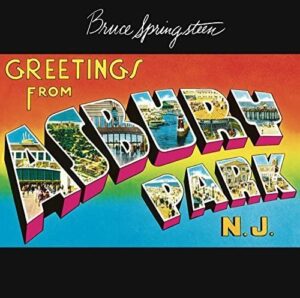 When he was a boy, he saw The Beatles on the Ed Sullivan Show and wanted to start a band.

His mother bought him a guitar for $60 on loan.

Later, Bruce wrote a song called “The Wish” in which he sang about the joy of getting his first guitar.

He was very happy.

His mother gave him a guitar, which later played a big role in her son’s future.

This song is one of the best songs on the first album.

Starting at 2:46, Vini Lopez on drums and Gary Tallent on bass are in full swing.

David Sancious on piano is also worth listening to. 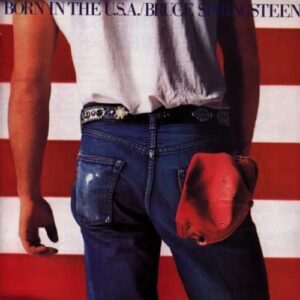 When the Song Title is a person’s name, I wonder who it is.

So I did some research.

Bobby Jean” refers to Steven Van Zandt, who played in his band for many years.

He is leaving the band, and Bruce seems to have written this song to express his regret over his departure.

When you read the lyrics, you can see how grateful he is to Steven Van Zandt.

He seems to be a man who loves his friends.

Before he got his break with this album, there was an incident.

In 1974, rock critic Jon Landau, who saw the band live, wrote a column in Real Paper magazine praising the band, “I saw the future of rock and roll. His name is Bruce Springsteen.

Bruce then invited Jon Landau to be the producer.

This is the first song on the album.

He got his break with this album.

When I first heard this album, more than 10 years had passed since the album was released.

I was still very young when I first heard this album, but I remember listening to it all the time for a while.

This album still has a special meaning for me.

This is their second album, and it’s a big leap forward from their last album.

The first album was also good, but the style is a little different from the later works.

In the beginning, Bruce was marketed as “the second Dylan”.

In fact, the early Bob Dylan-like folky songs stood out.

On this album, however, he has shifted to a band sound.

His backing band is called The E Street Band.

They provided an excellent performance.

The accordion is especially impressive in this song.

This time, I’ve focused on their debut album up to this album.

However, they have been releasing good works since then, such as their next album “Tunnel of Love”.

There were so many songs I wanted to introduce that even the following songs were not ranked.

Bruce Springsteen – Dancing In The Dark

In the period covered, only “Nebraska” did not have a song selected.

That album is also good, but it is a narrative work, so it is a little different from the usual albums.

Apparently, Bruce didn’t like the E Street Band’s arrangements at that time.

He was not happy with the introduction of the orchestra.

So he decided to release it as it was on the demo tape.

This may have been Bruce’s decision, as he disliked excessive decoration.

After that, Bruce made up with the band and created this album.

Perhaps because of this, the performance of this song is very full.

No.8「Badlands」(Album:Darkness on the Edge of Town) 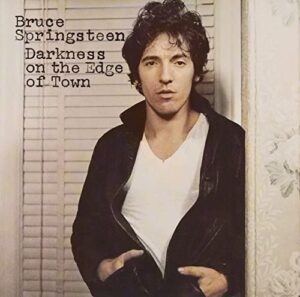 His breakthrough came with the release of “Born to Run” in 1975.

However, there was a three-year gap between this album and his next one.

During that time, he was stuck in a lawsuit with his manager, Mike Appel.

In the end, the case was settled, but the terms of the settlement were substantially harsher for Bruce.

After about two years of not being able to record from 1976 to 1977, Bruce was exhausted.

After that, he was finally able to release this album.

This album includes a famous song called “The Promised Land”, but I would like to recommend the following songs.

Bruce Springsteen – Prove It All Night

The song “Badlands” may have been an expression of his feelings at the time.

There were fewer ballads this time.

I like his rock ‘n’ roll, so that preference was reflected in the song selection.

However, no matter what I think, I can’t leave out this song.

This album is a two-disc set, but it was originally planned to be released as a single disc.

However, he decided to add a serious song and make it a two-disc set.

The song was then added.

In an interview, he said of that time, “I’ve been working on it for a long time.

This song addresses the difficult aspects of life.

It is a song that is often played at American presidential elections and large rallies.

However, this song does not glorify being born in America.

He accuses America of being sick and asks if this is really okay.

It’s not a positive song.

But his vocals are strong and bring this song to life.

I listened to this song so much that I wasn’t sure if I should include it or not.

But when I listened to it again, I realized that I had to choose this song.

It depends on who you ask, which is his best work.

I would say “The Wild, The Innocent & The E Street Shuffle”, “Born to Run” and this album.

This album is a two-disc set, but there are just too many good songs.

Here are some of the songs I’m not sure about.

Bruce Springsteen – The Ties That Bind

If you’re wondering if songs like the ones above would make the cut, give this album a listen.

When he was first active, he started a band with more friends in his hometown in New Jersey.

I found a recording from that time.

It’s not bad, but it’s quite different from today’s music.

Then he changed his path and here we are.

On this debut album, the song “For You” is also a big favorite of mine.

Some say he is the poet of rock and roll. 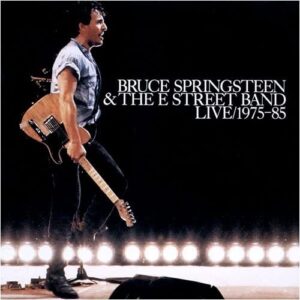 This is a live album released as part of an anti-piracy measure.

As a result, it is now available as a 5CD set and a 3CD set.

This man is said to be one of the greatest live performers of all time.

It is said that his live performance is something that every American should see at least once before they die.

When I bought this CD, I was skeptical about those legends, but after listening to this album, I was convinced.

This live performance contains many songs that have never been recorded on the original album, including self-covers and instrumentals of songs that were provided to other people.

This song was also originally provided to Patti Smith.

Listen to it with a beer in your hand and you can simulate his live performance.

This song is his classic, but I put it last due to its length of almost 10 minutes.

Roy Bittan’s piano leads the first half of the song.

From 1:49, the performance thickens and Bruce’s singing becomes more powerful.

The saxophone performance at 3:54 is rich in romanticism.

After that, the song goes quiet for a while, but ends with a blues shout.

The appeal of his songs is their power and wildness.

In this sense, this song is a good example of his appeal as a vocalist.

I think he is a singer with a very large scale.