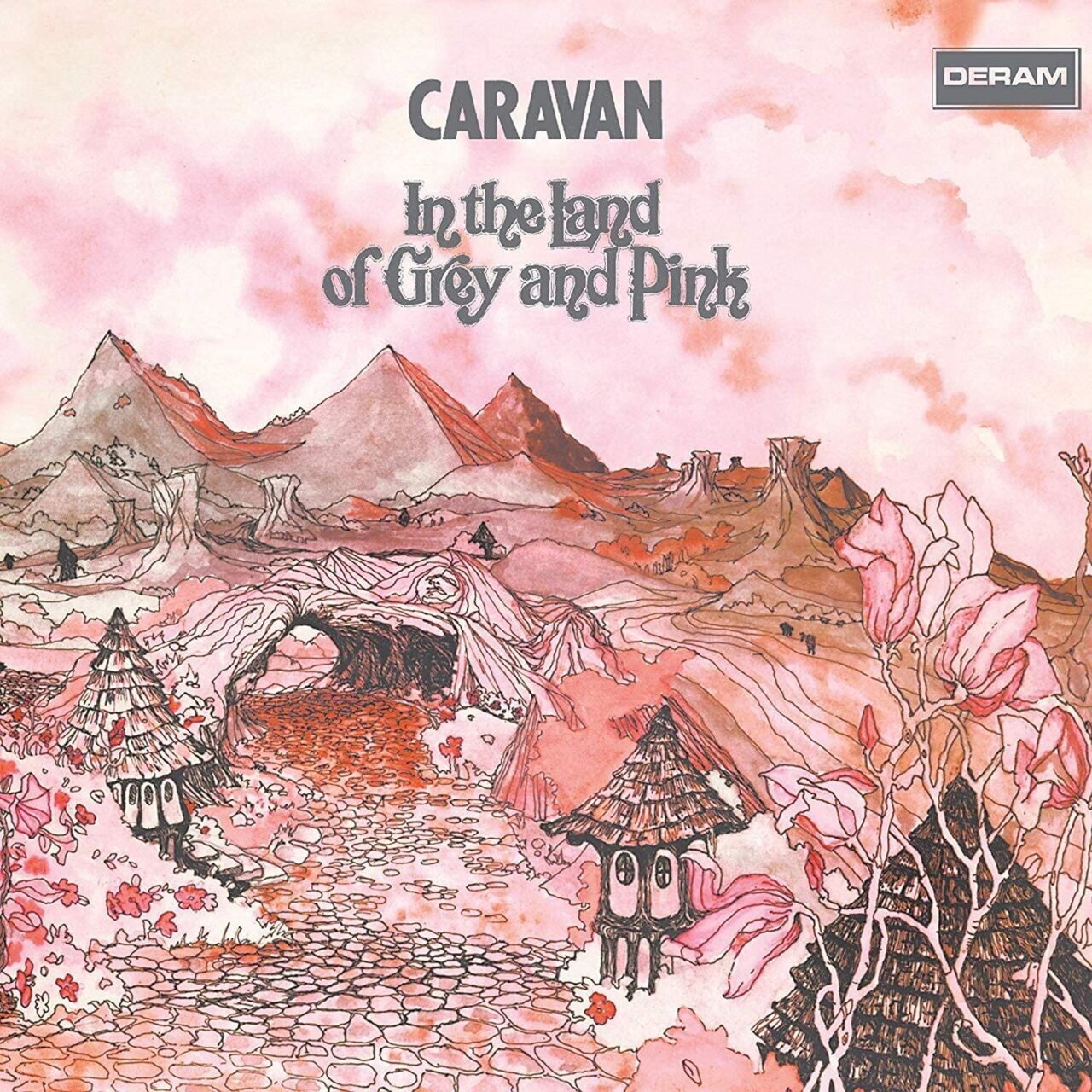 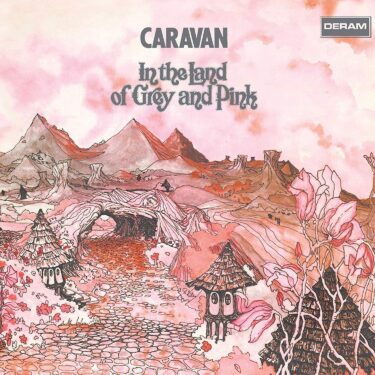 This time, I created a ranking for Caravan.

I think this band’s melodies are easy to understand among difficult progressive bands.

There are many long songs, so I decided to limit myself to only eight.

However, even though they are long, the songs are easy to listen to.

This is a band that represents Canterbury music. 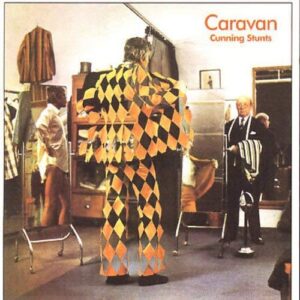 From this album, they went the pop route.

However, I don’t necessarily feel that this is commercialism.

The songs are all British pop songs with a sense of commitment.

The big song “The Dabsong Conshirtoe,” which retains the vestiges of the progressive rock era, is also excellent.

This song is the catchiest song on the album.

The Moog synthesizer at 1:44 in particular is nothing short of awesome.

No.2「The Dog, The Dog, He’s at It Again」(Album:For Girls Who Grow Plump in the Night) 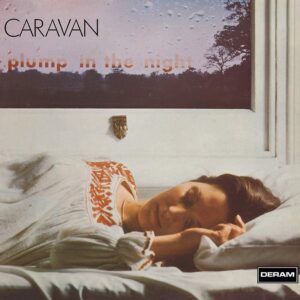 This song is representative of the lyrical side of the band.

Before this album, bassist Richard Sinclair and keyboardist Steve Miller left the group.

Losing Richard, in particular, was thought to be a major blow.

However, they managed to pull through with Pye Hastings at the helm.

I think this album is even better than the last one.

The keyboards by Dave Sinclair, who rejoined the band in the middle part of the album, produced a lot of great phrases.

His viola makes this song more dramatic in the middle part of the song. 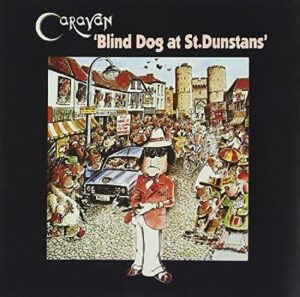 They’ve gone from “Cunning Stunts” to more of a pop song.

I’ll also post a link to “A Very Smelly, Grubby Little Oik”, which I couldn’t decide which one to use.

The song “All the Way” features Jimmy Hastings on flute and alto saxophone.

He is the brother of Pye Hastings, and the scene where the saxophone sings at 4:27 is wonderful.

And the strings at 2:06 are also wonderful. 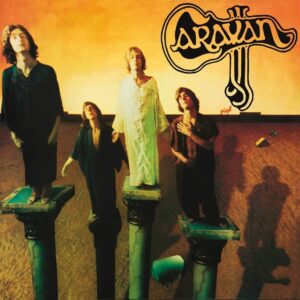 This band is from Canterbury, England.

They were originally a band called The Wilde Flowers.

However, at the time, the members came and went so often that it was impossible to keep them together.

The Wilde Flowers changed members seven times in the three and a half years from the spring of 1964 until they broke up in the fall of 1967.

Here is one of the songs from that period.

They later split into Soft Machine and Caravan.

After they formed Caravan, they were signed to ERVE Records, a famous jazz label.

This Album did not sell well, but I think this song and others could have been hits. 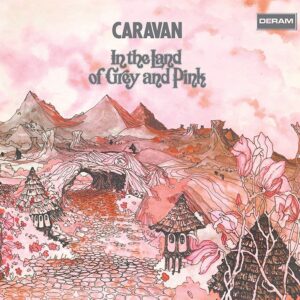 There were two vocalists in the band at this time.

Pie Hastings and Richard Sinclair, and this song is Sinclair’s vocal song.

Also, Richard is originally a bassist, but he is a highly regarded vocalist, including his work with Hatfield And The North.

This album has a strong Richard color overall, and this song may be a symbol of that.

For the uninitiated, Canterbury music is classified as progressive music.

However, it may be a little different from ordinary progressive music in some ways.

It’s hard to explain in words, but a bit of friendly pop is one of the aspects of Canterbury.

Canterbury has also produced many excellent vocalists, such as Tom Newman and Robert Wyatt.

Richard Sinclair is one of those excellent singers. 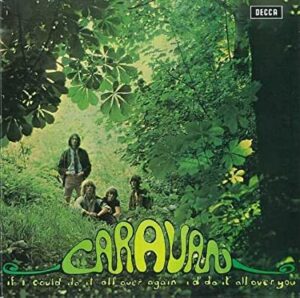 The Japanese title sounds like their debut album, but it is actually their second album.

The label has changed from Verve to Decca Records.

Perhaps because of the change, I feel that they are doing more of what they want to do compared to their last album.

In the previous album, the long song “Where but for Caravan Would I?

This album has even longer songs.

With an Ear to the Ground” and “Can’t Be Long Now” are also very good.

I feel that their longer songs focus more on the atmosphere and narrative of the song rather than the technique. 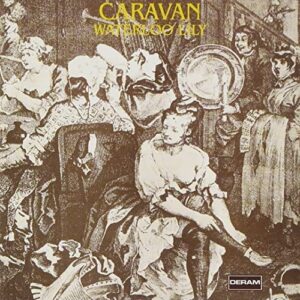 Their last album, “In the Land of Grey and Pink”, was a wonderful work.

Frustrated with the current situation, Dave finally decided to leave the band.

After that, he joined Matching Mole.

Dave made a very significant contribution to Matching Mole by providing them with the classic song “O Caroline”.

Now, this song shows how the remaining members are trying to fill in the gaps in Dave’s absence.

Steve Miller, who joined the band as a replacement, was a completely different type of person from Dave and did not seem to get along well with the other members.

I think the first half of the song, where guitars, flutes and strings other than Steve’s are prominent, is better done.

It seems that they were trying to overcome their difficulties with their overall strength by using various instruments.

If you’ve been listening to this band for a while, you might have thought that this song would be number one.

I certainly agree with you.

However, this song is 22 minutes long.

I wanted to make sure that only those who liked the songs so far would listen to it carefully.

Dave Sinclair was the one who supported them in the early days in terms of performance.

Incidentally, Dave is a cousin of Richard Sinclair.

The highlight of this song is Dave’s keyboard.

Dave Sinclair is not known for his technique or intensity, but for his melodious playing.

I think it’s the Moog playing first, but the fuzz organ playing after that is also very good.

This is a piece that I want to take the time to listen to thoroughly.