This time we will focus on the Cheap Trick.

These guys gained popularity as a power pop band in the 1970s.

I highly appreciate the power pop era of the first half of the band, but there are still some good songs after that.

They have a different flavor between the first and second semesters, but they have always provided us with songs with pop appeal.

This time, please enjoy some of the best songs that you can enjoy with an empty head. 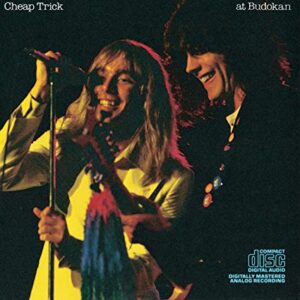 It is a famous story, but it was the Japanese who discovered this band.

In their home country of the U.S., the band’s debut did not sell well at all for a while.

Their debut album, by the way, did not even make it to the top 200 on the album charts.

In Japan, however, their popularity grew with each album they released, until they were finally able to hold a live concert at Budokan.

The Budokan is a place where it is still a goal to perform there.

This live album, which was released only in Japan, sparked the popularity of the band in the U.S. as a reimportation to their home country.

The reason for the success of this album is the enthusiasm of the audience.

I’m sure the members of Cheap Trick were surprised.

This song is also from the Budokan live.

As with the previous song, the yellow cheers were amazing. The popularity of this song at that time was clearly led by women.

Looking at Robin Zander’s prince-like appearance in the video, I can’t help but understand how they felt.

Incidentally, on their first album, all the members appeared in the cover photo.

However, it didn’t sell well.

So, starting with their next album, they released three albums in a row with only two very handsome guys, Robin Zander and Tom Petersson, on the cover.

Music Life magazine must have been very excited about it. They were able to gain popularity among women, which led to their later breakthrough.

The other two were mature enough to agree to be removed from the cover for the third consecutive album. Or they were realists.

This song is a perfect example of power pop. 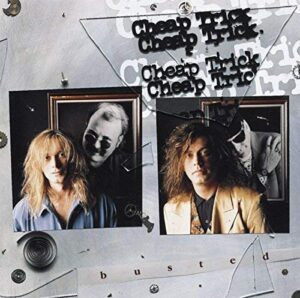 As you can see from the song selection, I prefer the earlier period of Cheap Trick.

However, this song is one of the best songs of the entire period.

This song was written by an outside writer.

I don’t think it’s a good idea to use an outside songwriter when there are good songwriters like Rick Nielsen.

However, there are times when good songs are provided by outside sources, as in this song.

It may not be a bad thing at all.

As I recall, this song was also wanted by Rod Stewart.

It certainly seems to suit him.

The band’s heyday as a power pop band was probably their three albums, “In Color,” “Heaven Tonight,” and “Dream Police.

This album, which is somewhere in between, seems to be the band’s attempt to open up and go for a pop sound, and it is full of songs that are examples of power pop.

This song is a bit of a change of pace, but it has a lot of pop charm to it.

The intro starts with Tom Peterson’s bass, which is an unusual pattern for them.

The guitars are a little rough, but for a song as catchy as this, it’s nice to have that edge to make the song stand out. 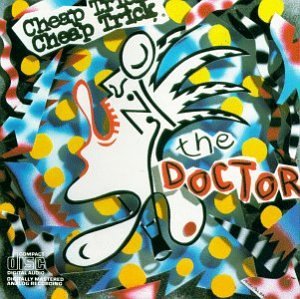 At the time of this album, Cheap Trick was at rock bottom.

Even after the power pop trilogy, the quality of the albums had not dropped significantly, and sales had held up to some extent, even if they were not big hits.

This album, however, suddenly failed miserably, reaching a peak of 115. It didn’t even make it into the top 100.

The previous album ranked 35th, so it was a sudden stall.

Even though the quality is not bad.

This song in particular is very cool from the intro, even though the sound has that 1980s cheesiness to it.

Even if he wrote good songs, they may have somehow lost touch with the times.

Now is the time to reevaluate this song. 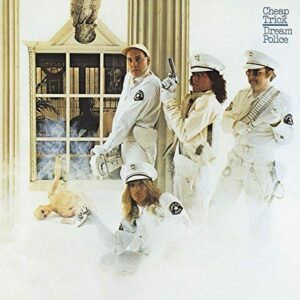 This is the only slow number among the songs selected this time.

They are good at bursting out with catchy songs that have a lot of energy, but this song is as much a medium ballad as any of them.

I see ELO as an influence on their pop style at this time.

I think Jeffrey Lynne could have sung the beginning of this song as well.

I think they were one of the bands that could write Beatles-like melodies in the 1970s, along with the Raspberries, Badfinger, and ELO.

Most of their early songs, including this one, were written by Rick Nielsen, and I think this song is a great example of his talent. 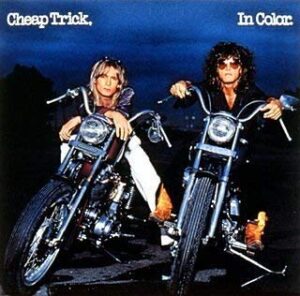 This is a selection of songs from their second album, which started walking the path of power pop.

The first album has some good songs in its own right, but there are clearly more catchy songs from about this album.

In addition to this song, “I Want You to Want Me,” “Southern Girls,” and many others are almost as good.

Probably because their first album did not sell well, they were forced to write songs that would sell well.

Tom Werman, who was pushed by the record company, was hired as a producer and wrote songs that were likely to be hits, but even so, they did not sell immediately.

However, the songs from this period became the focus of a live album at Budokan, which ignited their popularity, and they were reevaluated by power pop lovers in later years.

Although they were not happy about it, I think the record company and Tom Werman made the right decision in the end. 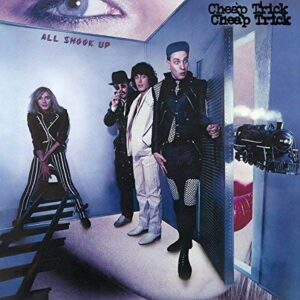 It seems that they originally wanted to play harder songs with less sweetness.

Their first album was more hard rock, but it did not sell well.

Later, when they switched to pop, they had a hit and were freed from Tom Werman, the contractor who was forced by the record company to promote the pop line.

This album was produced by George Martin, who respected the artist’s autonomy, and returned to the hard line they wanted to take.

However, it did not sell well.

Maybe they are a band whose taste and what they want to do are not in sync.

However, there are examples of their successes, such as this song.

Their debut album may have been a lightweight hard rock, but this song is a magnificent piece of work.

The band’s performance seems to be more lively. 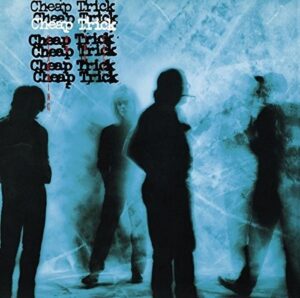 This album has Jack Douglas, famous for his work with Aerosmith, as a producer.

In fact, the first album was also produced by Jack Douglas and was a hard rock album.

The band was going through a period of trial and error at that time.

I mention sales because no matter how good a band is, if they don’t sell, they won’t be able to release an album.

I also believe that you need to have a sense of balance between what you want to do and what is necessary to keep the band going.

In fact, the band was able to continue as a result of trial and error.

The songs themselves are good, but even though they were not rewarding at the time, they are still pop songs, which is their charm.

The fact that they were persistent and wrote good songs during the unrewarding period may have led to their re-break later on. 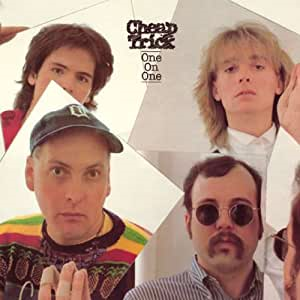 The band’s popularity broke through with their live albums, and many of their songs look great live.

This song, for example, sounds like it would be a big hit at a live show.

Power pop bands are not often talked about in terms of their performance, but they have the ability to play well.

I don’t think it’s about technique, but about the cohesiveness of the band as a whole.

I don’t think playing ability is that important in determining whether a band is a hit or not.

In fact, the appeal of the music may be more important.

However, in order for a band to continue to sell well, it has to have an appealing performance or it will lose the fans it has gained.

Especially in the case of rock bands.

The fact that they are able to write songs that look good in live performances and also attract people with their performances may be the reason why they are still able to continue their activities. 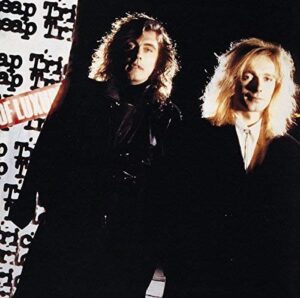 This is their most famous song.

I have chosen to leave it out of my ranking.

My complaint about this song is that I don’t feel that it has any of their personality.

The song was provided by an outside writer, and I thought it was just their performance of a song that seemed to be a hit.

If it had been one of the 30 greatest songs of all time, it might have been included.

I’m sorry if there are people who were expecting this song, so I decided to include it as an extra.

It’s more of a power ballad, and a bit on the large side, but it’s certainly a very well written song.