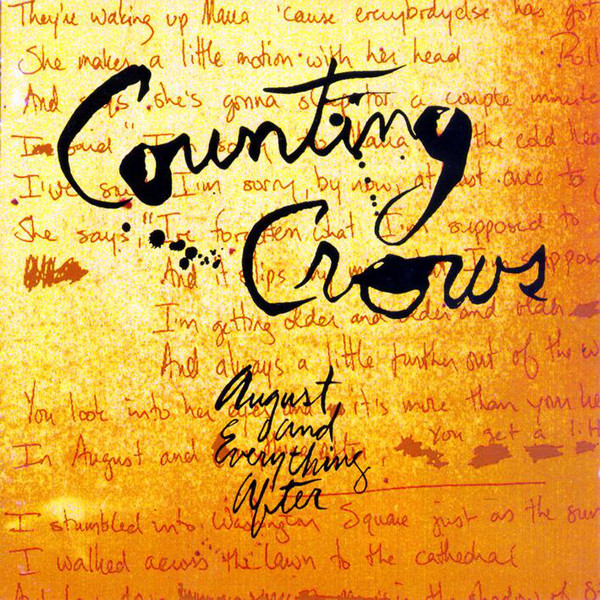 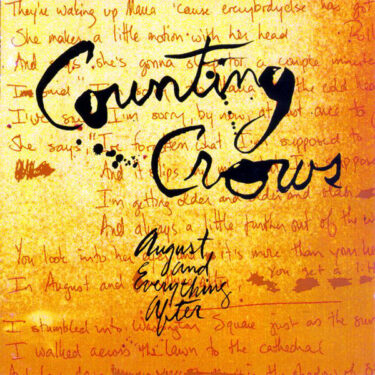 This time, I created a ranking for Counting Crows.

This band debuted with an album that could be called the conscience of American rock.

However, since their musical style has changed since the early days of their hit album, it is hard to see the whole picture of the band.

In this article, I’d like to focus on various aspects of the band and show you the appeal of this band.

In particular, I would like to focus on the overwhelming singing ability of Adam Duritz. 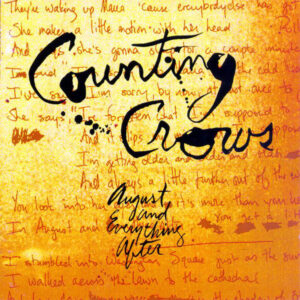 Many of you may have heard of them through this song.

This debut album reached a high of #4 and this song reached #5 on the singles chart.

Incidentally, “Mr. Jones” in this song refers to Marty Jones, a childhood friend of Adam’s who used to be a member of The Himalayans.

In this song, Adam Duritz sings, “I’m gonna be big.

In this song, Adam Duritz sings, “I’m gonna be big,” and he also sings, “I wanna be Bob Dylan.

This song certainly has an “All Along the Watchtower” feel to it. 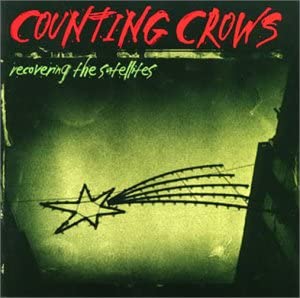 I feel that in order to grasp their essence, you should listen to this song and the next one I mentioned, “Round Here.

These songs are very simple, but they have the power to capture the hearts of listeners and move them quietly.

By the way, the title of this song is “A Long December”.

The title of this song is “A Long December,” and it seems to have been written after Adam went to visit a friend who was in the hospital at the time.

Many of their songs have lyrics that capture everyday life like this, and the message is not very strong.

I think most of their songs are ones that you gradually realize their appeal.

This song is a great example of Adam’s expressive power.

Although a little different in type, his singing has a power of song similar to that of Jeff Buckley.

The first time you hear this album, you may be a little confused.

At this time, they were a new band, but they already seemed to have a strong presence.

But Adam was still in his twenties at this time.

Perhaps this maturity is due to the work of producer T Bone Burnett.

T Bone Burnett was a supporter of the rock scene during the American rock winter of the 1980s.

It is easy for newcomers to be influenced by producers.

This song is not on the original album.

It is from the soundtrack of “Shrek”.

This song is a light-hearted number that will appeal to a wide range of people, probably because it was made with the soundtrack in mind.

First of all, the sound of the drums in the intro is different from the previous songs.

This song was released in 2005, a little after “Hard Candy” in terms of timing.

Their pop songs have been increasing since their third album, and this song may be the pinnacle of that trend.

Incidentally, this album also includes songs by Pete Yorn, Tom Waits, and others, making it an unbelievable choice for an anime movie soundtrack.

This song was the theme song of the movie and was nominated for an Academy Award, making it one of their best songs. 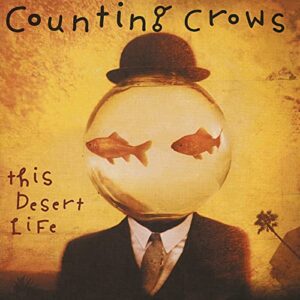 It’s a song that doesn’t get a lot of attention, but it’s one of my personal favorites.

In this band, it is easy to focus only on Adam’s vocals.

Their performances may be simple, with a lot of dedication and support for Adam’s vocals.

It would certainly be nice to emphasize the band’s strengths.

But at the same time, their performance is really worth listening to even if it is not strongly assertive.

However, there is one part of the song where the performance is unusually assertive.

You will be captivated by the wonderful organ that seems to take flight.

In this second album, the musical style has changed compared to the first album, which was a big hit.

There may be more songs with intense guitar playing.

This is probably due to the addition of a second guitarist, Dan Vickrey.

In addition, the album has a new producer, which is also a big point.

The new producer, Gil Norton, is not a man who specializes in music like the first album.

Gil is a well known producer for Pixies and Foo Fighters.

This shows that they were deliberately trying to change.

As a result, they have gained a new appeal.

They were originally a two-piece.

David Bryson on guitar and Adam on drums.

Adam, the mainstay of the band, used to be in a band called The Himalayans.

Actually, The Himalayans is not so rootsy.

The band’s main songwriter, Adam Duritz, with his dreadlocks and overwhelmingly attractive singing style, is a very prominent figure.

On the other hand, it is difficult to see the contribution of the other pillar, David Bryson.

David Bryson only co-writes songs and doesn’t write songs independently, and he doesn’t have a solo career.

Incidentally, the famous song “Round Here” was also played by The Himalayans in which Adam was a member, but the impression of the song is different from the Counting Crows’ version.

I think the style of the debut album is strongly influenced by David Bryson. 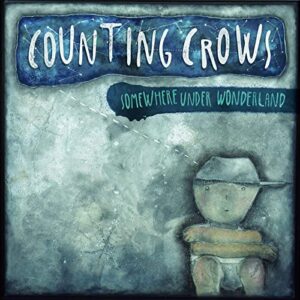 They never made an Album along the same lines.

However, in 2014, they completed an album similar to the first one.

Since their debut, they have been signed to the major label Geffen Records.

But then they moved to a British indie label called Cooking Vinyl.

After moving to an indie label, they went back to a major label called Capitol Records.

Maybe they didn’t fit in with the indies.

I think the reason for this move to a major label is behind this album’s return to their roots.

At any rate, this album was highly praised by fans, and sales were good, making it one of the best albums in a long time. 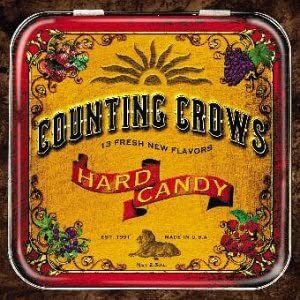 They went even more pop with this fourth album.

However, they don’t seem to be aiming for the best-selling music.

The reason is that I think their earlier style is more likely to be noticed by their fans.

However, this album has acquired a different charm!

It is true that the first two albums are masterpieces, but they are a little too serious.

This earnestness, apart from the greatness of the music, may give the impression that it is not easy to listen to.

This album, on the other hand, is easy to enjoy.

I listen to this album most often.

No.10「Coming Around」(Album:Underwater Sunshine (or What We Did on Our Summer Vacation) ) 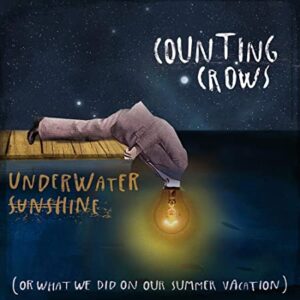 This album is a cover album.

Songs from Teenage Fanclub, Faces, Big Star, etc. are covered on this album.

This song is a cover of Travis, but it is completely in their own colors.

Here is a link to the original song.

I think this song works better with Travis’ music than I expected, and it’s a song you can’t miss.