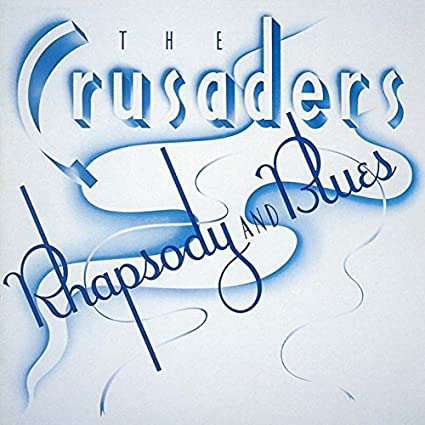 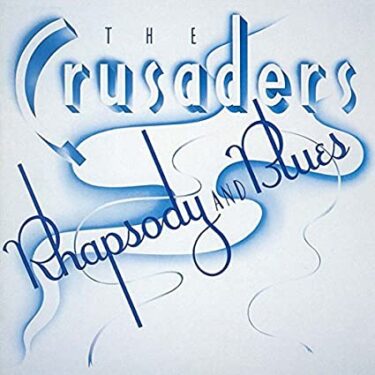 In this article, I created a ranking of the Crusaders.

They are a group that is often categorized as fusion.

But on the other hand, their songs with guest vocalists are popular among AOR fans as well.

In this article, I have chosen to cover half instrumental and half vocal songs.

We hope you will enjoy the two different charms of this band. 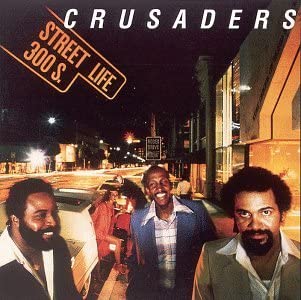 You may know this song from the song “Jackie Brown” by Quentin Tarantino.

The video above features the single version, not the album version.

The original is over 11 minutes long, so I thought it would be too long to introduce to you.

However, if you like this song, I recommend you listen to the longer version.

This group needs to hear this song anyway.

I think it’s the best song with singing in it. 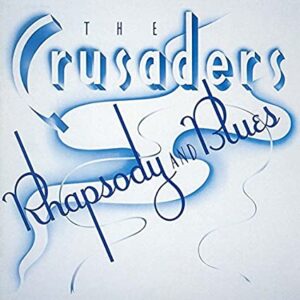 This song is by Joe Sample.

The wonderful melody of this song is played by Wilton Felder on saxophone.

Wilton Felder is not as funky as Tom Scott, but he plays with a lot of flavor.

In this song, he takes the melody that Joe wrote and expresses it in a relaxed way.

There is a person who writes a good song, and a saxophone player who can express it to the fullest.

I think that is the winning formula for this band.

Also, Joe Sample himself plays a great part in this song.

Although Joe Sample is a great player, he is not a very black player.

But Wilton Felder’s blackness makes up for it, and the two complement each other in many ways.

This is a song that reaffirms once again that these two are important people in the group. 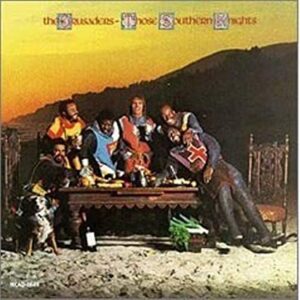 This song is famous for Larry Carlton’s legendary guitar solo.

Larry Carlton is a master of fusion guitar.

If you are reading this and you are a fusion fan, you might want to listen to this song.

If you are a fusion fan, you might want to listen to this song, because it is not only one of the band’s best songs, but also one of the best performances of the fusion genre.

First of all, please listen to the guitar solo at 1:31.

The guitar solo from 1:31 onward is just singing along.

After that, Joe Sample’s electric guitar is a bit too sparkly, but it is also a great performance.

And let’s not forget Robert “Pops” Popwell’s bass playing at around 4:35.

They all play really great.

It is said that in jazz and fusion, there is no such thing as a great song, only a great performance. 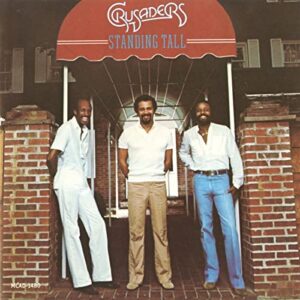 Let’s go back to the vocal song again.

This song is sung by Joe Cocker.

Joe Cocker is known for his powerful singing, but in this song, he sings in a restrained manner, expressing a mature bitterness.

At this time, the main members were leaving the band one after another.

No Larry Carlton, no Wayne Henderson.

However, Hooper left the band two years later, and this album has more vocal numbers as if to make up for the lack.

The number of songs with vocals has increased to three out of seven.

All of these vocal songs are very good, but I feel that the end of the golden age is near for this album. 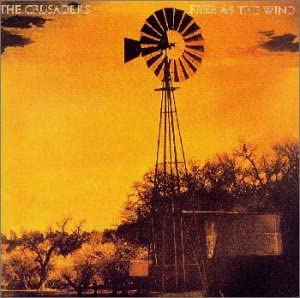 People have different opinions about their heyday.

General popularity may be “Street Life”, “Rhapsody and Blues”, and “Standing Tall”.

However, fusion fans seem to prefer “Scratch,” “Southern Comfort,” “Chain Reaction,” “These Southern Knights,” and “Free as the Wind.

The band members are gorgeous during this song.

Stix Hooper’s drumming is the best part of this song.

You could say it’s his song.

As for the other players, Larry Carlton, who has a strong presence in every song, is wonderful.

Larry was the face of the band, and his departure must have been very painful for the band. 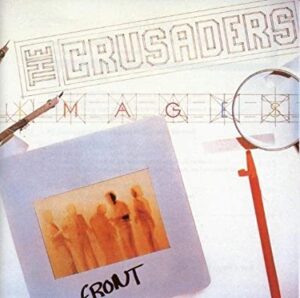 Like other popular groups, they gradually shifted to a musical style closer to pop music.

In the previous period, they had a mixture of rustic and urban elements.

However, with this album, it seems that they suddenly shifted to a more urban sound.

In fact, this line of thinking was very successful in terms of sales, and the band decided to go the urban route with this album.

This song is the turning point.

Many members of the band write songs, but I think Joe Sample writes the most definitive songs.

Street Life” is one of his songs, and so is this one.

In the urban line, I think Joe’s importance has increased even more.

This is the song that introduced vocals prior to “Street Life”.

However, it’s not a song with a lead vocalist singing, as it’s more of a part of the sound.

However, it is apparent that they were good with vocals from this time.

I think they were a fusion group at that time, but I always listen to them as if they were R&B instrumentals.

I always listen to them as if they were R&B instrumentals, similar to Stuff.

Some of the fusion groups are characterized by their extreme technique.

The Crusaders are not a technique-oriented group.

The Crusaders are not a technique-oriented group, and their greatest appeal lies in the cohesive performance of the group as a whole.

This song, for example, is a masterpiece of theirs, with just the right amount of relaxation.

Here is a video of a short version of this song as well.

This one also has vocals.

After their breakthrough with “Street Life”, they started to include vocals in their albums.

However, I don’t feel that they are aiming for an easy sell.

For example, this song is the follow-up to “Street Life,” but it doesn’t sound like a big seller.

This song features Bill Withers as a guest vocalist.

Like “Street Life”, this song was also written by Joe Sample, with lyrics by Will Jenning.

The lyrics of this song are about respect for the great jazzmen and how they have influenced them.

The Crusaders were originally called The Jazz Crusaders and were a group that played jazz.

With the success of their last album, they have become a popular group, but perhaps the message is that they have not forgotten their jazz roots. 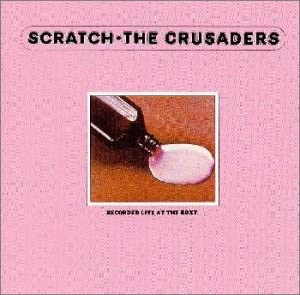 In the first few albums, they were going through a lot of trial and error.

As a result, the composition was strange, the songs were unnecessarily long, and the performance itself was stiffer than the later ones.

I had the impression that we were not able to fully utilize the charm of our wonderful performance ability.

This live album was a turning point for the band.

This song is a cover of a famous hit song by Carole King.

The song starts out with a languid pace, but then the biggest moment of the show comes.

At 2:02, Wilton Felder plays a long tone for almost a minute, and the audience is very excited.

The audience seems to be getting excited.

I think the reason for the success of this album is that they were able to simply convey the appeal of their performance in a live environment.

This is where their rapid progress began.

No.10「(No Matter How High I Get) I’ll Still Be Lookin’ Up To You」(Album:The Vocal Album) 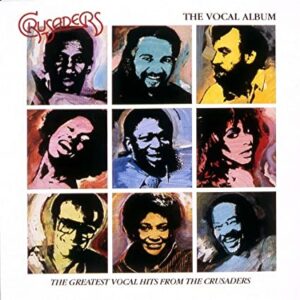 This song is also a vocal number.

By the way, this album contains only vocal songs, so I recommend it to those who prefer to have singing in their songs.

The two singers on this song are Bobby Womack and Alltrinna Grayson.

This song is not very Crusaders-like, except for Wilton’s saxophone.

For that reason, I wasn’t sure if I could include this song in the ranking.

The lyrics are written by Bobby Womack and Paul Kish, so it’s not a song they wrote.

However, I thought it would be a shame not to introduce this song because it is really wonderful.

I thought it would be a shame not to introduce it to you, because it’s really great. It’s an uplifting gospel song.