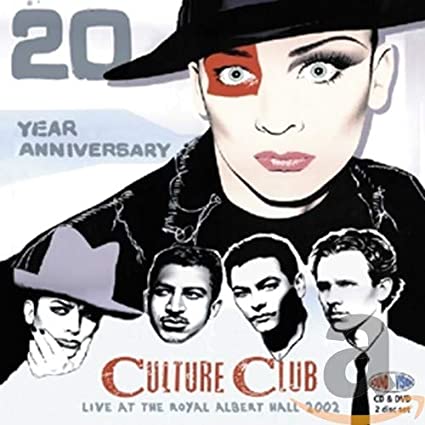 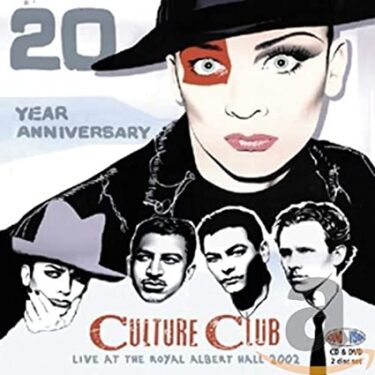 In this issue, we have created a ranking of Culture Club.

The hits that have become staples of the Eighties are certainly great.

But there is more to them than that.

This time, we focused on the talented side of the band.

No.1「Do You Really Want to Hurt Me」(Album:Kissing to Be Clever) 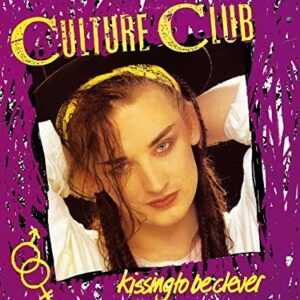 This song is a reggae song.

The bass line, in particular, is reggae itself.

If a real reggae band were to cover this song, it would sound like this.

The Heptones – Do You Really Want To Hurt Me

It doesn’t sound that different from the original song.

At the time, reggae was a Rebel Song, that is, music that protested or had an aggressive stance.

At the time this song was released, there were not many examples in the pop music field that incorporated it so well.

I think Donald Fagen’s “I.G.Y.ne” from 1982 is another song that makes good use of reggae. 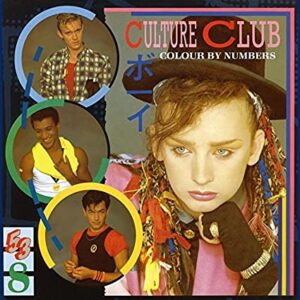 It is well known that Boy George is gay.

There was an ex-boyfriend of Boy George in the band.

The drummer is John Moss.

He is the guy on the bottom left of the album cover above.

John must have been bisexual, because he later married a woman and had a child with her.

At the time, Boy George seemed to be kept away from John, and his feelings at the time are expressed in the lyrics.

In fact, I’m sure you’ll be sad when I’m out of your sight.

I’m sure you’d be sad if I actually disappeared in front of you, and then you’d be chasing after me.

That’s what the lyrics are about.

I hope that’s all there is to it, but please don’t tell me you have a “Good Gun” or anything explicit like that.

But I wonder how Jon Moss heard this song about himself.

This time, I selected four songs from this album.

However, there are still many songs that I could not cover, such as “It’s a Miracle”.

The influence of Motown can be heard in this song.

Also, Helen Terry’s voice on the backing vocals is wonderful.

Helen Terry Laughter on My Mind

It’s a shame that this song is not known to anyone but Culture Club fans.

No.4「Time (Clock of the Heart)」(Album:This Time – The First Four Years) 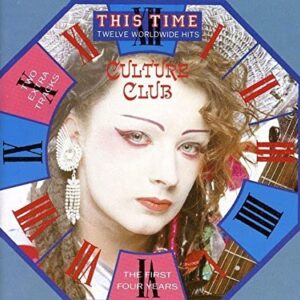 This song is not on the “Colour by Numbers” album that I have, but some of them are.

Apparently, it was first introduced on this best-of album.

It seems to have been included in the subsequent “Colour by Numbers” release.

The lyrics of this song are a bit of a lament, “Are you going to pretend that our time together never happened?

Like “Miss Me Blind,” which I mentioned earlier, many of the lyrics that Boy George writes seem to suggest a sense of constraint and attachment to his lover.

By the way, he was later sentenced to prison for handcuffing a man he met on a gay dating site.

Is there any song that you find strange and incompatible?

I am not a fan of the part of this song that repeats “Karma”.

But other than the chorus, it’s a good song, so I can’t leave it out of the ranking.

Besides, this song was the best-selling song in the UK in 1983.

The name “Karma” is a bit strange, but in the context of the lyrics, it seems to be the name of a person.

I haven’t written much about the appearance of artists in this blog.

This is because I don’t feel the need to do so.

But in the case of these people, it would be unnatural not to write about it.

Boy George’s cross-dressing is particularly striking, and he is often said to have a big face.

However, it may be difficult to convey his charm and the world he wants to express just from the photos.

If you watch the video, you will see that he is indeed an artist with a unique sense of style, though he is also eccentric.

I feel that he has a worldview that is tolerant of diversity, where people with various personalities come together.

No.7「Don’t Talk About It」(Album:Waking Up with the House on Fire) 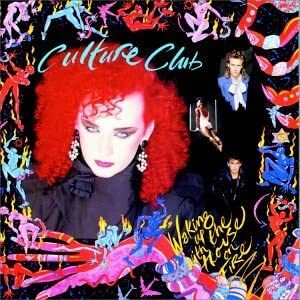 This was the album when the shadow of their popularity started to creep in.

This album reached number 2 in the UK Album Chart.

However, sales in the U.S. dropped considerably, and in the U.K., after the second single, the album was a dud.

After that, they released an album called “From Luxury to Heartache”.

The producer was changed to Arif Mardin, and the songs were all good, but none of them were outstanding.

Then Boy George was arrested for drugs and the band broke up.

When I talk about this band with people who know a lot about music, I feel that this song or “Time (Clock of the Heart)” is often mentioned.

Boy George is certainly a good singer, but not a particularly skilled one.

However, I think he is a person with excellent feeling.

I think he is a legitimate singer, different from his eccentric appearance.

Please listen to this song from 2:20.

It’s really wonderful to hear her singing with Helen Terry.

I’m not sure which album this song is on.

When you buy their CDs, you need to check the songs on them.

I wasn’t sure whether to pick up this song or “White Boy”, but I chose this one, which was used in a whiskey commercial.

I found a TV commercial from that time.

Incidentally, this song is a Japan-only single, and is promotion-only overseas.

The song is not listed in Wikipedia’s list of singles either.

I think it is a very attractive white funk song. 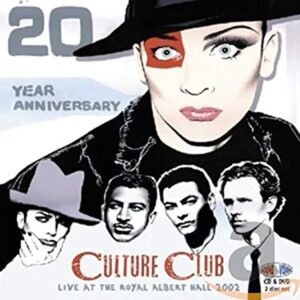 This CD is a recording of the 20th anniversary live performance and was released in 2003.

There is also a DVD only or a CD and DVD set.

Boy George’s voice at this time is not as sweet as it used to be.

This song was also featured on “Live at Wembley” in 2017, and his voice is even more different there.

Again, I can hear the voice fading a bit, but nevertheless, this live version is excellent.

What I want you to pay attention to in the video is the part at 3:09 where he smiles when he hears the cheers of the audience.

Incidentally, Culture Club once broke up, but reunited in 2014.

Their latest album at the moment is titled “Life” and reached #12 on the UK charts.

Other「Don’t Go Down That Street」(Album:Waking Up with the House on Fire) 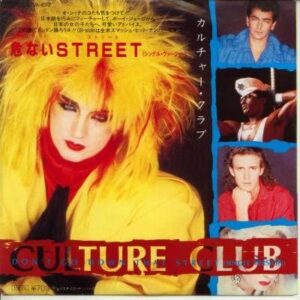 This song is also a Japan-only single.

It was included as a bonus track in the 2003 edition of “Waking Up with the House on Fire”.

The highlight of this song is the part where Boy George sings in Japanese.

It seems that Boy George wrote this song because he was worried about Japanese women walking around at night.

He was a man with deep ties to Japan.

He has released Japan-only singles like this one, and has also incorporated elements of Kabuki in his fashion.

In this song, Roy Hay’s guitar is brilliant.

Here is a long version of the video.