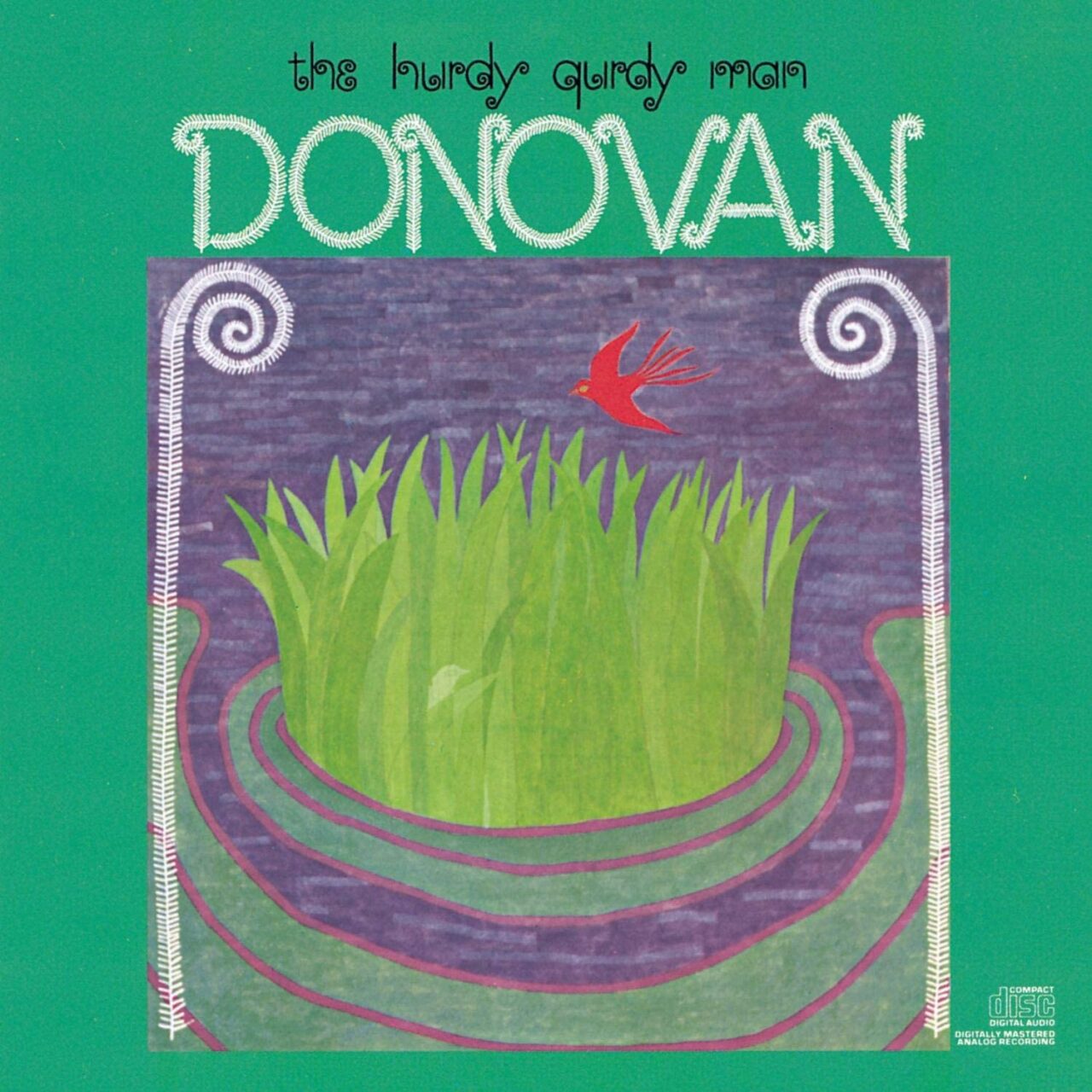 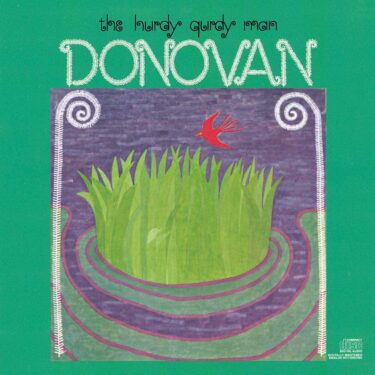 This time, I created a ranking for Donovan.

He was said to be the “British Bob Dylan.

But I think he is a different type.

Donovan was more of a pop musician, with his own unique sensibility and interest in nature.

Some of his songs could be called rural pop.

The appeal of many of his songs is that they are quirky, but easy to relate to. 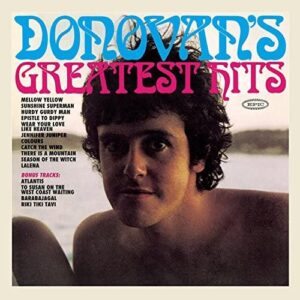 He was attracting a lot of attention from Japanese artists at the time.

Kazuhiko Kato was nicknamed “Tonovan” because he often featured his songs in his live performances.

By the way, Donovan’s real name is Donovan Philips Leitch.

This song was written for an old friend from my school days, Deepie.

At the time, Dippy was in the British army.

He was in the British army at the time, but after hearing this song, he decided to leave the army.

Donovan seems to be a very influential person. 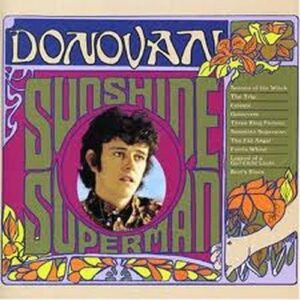 He is from Scotland and was originally a folk singer.

He later went the psychedelic folk-rock route, which made him even more popular.

He seemed to be a popular artist of the Flower Movement at that time.

This song, however, is not a song about peace.

This song is a little different, as it is a love song while singing about Superman.

By the way, “Sunshine Superman” is a character like this. 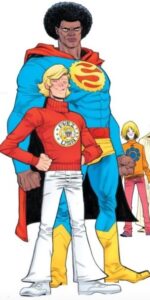 The S on his chest may be the origin of the word “Sunshine.

This song reached No. 1 on the singles chart in the U.S., defining his popularity. 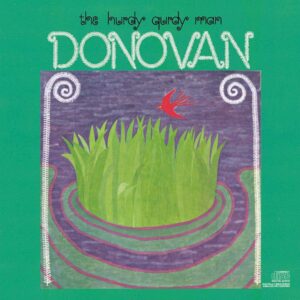 This album was not released in the UK at the time.

He is a British artist, but he was having contract problems.

Other albums and singles were also not released in the UK, or were released late.

He disappeared from the scene after “Cosmic Wheels” in the 1970s.

In my opinion, the accumulation of such contractual problems hastened the decline of his popularity.

Hurdy Gurdy” in the album title “The Hurdy Gurdy Man” refers to this kind of instrument. 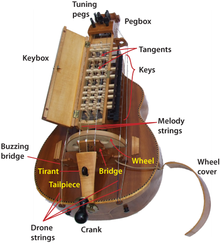 I think many people are re-evaluating this album now.

Time has passed and his music has been genuinely appreciated.

This album is a best-of album, but it contains three songs that have not been recorded on the original album.

In addition, there are songs like “Epistle to Dippy” and “Lalena,” which are #1, that you can’t miss.

The song “There Is a Mountain” is one of the songs not included in the original album.

This song is also known as the original song of “Mountain Jam” by The Allman Brothers Band.

The lyrics of this song seem to have been influenced by D.T. Suzuki, a monk and Buddhist scholar.

The lyrics are like a Zen question and answer, which I could not understand.

But the song is very simple and clear, and it doesn’t sound like a difficult song.

This song was dedicated to Jenny Boyd, whom he was dating at the time.

Jenny is the sister of Patti Boyd, who is famous as the model for Eric Clapton’s famous song “Layla”.

The sisters were very popular at the time.

I found a photo of Donovan and Jenny Boyd together. 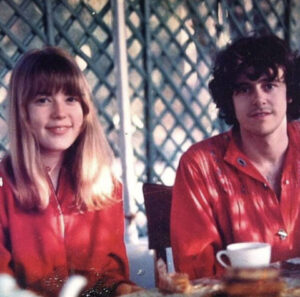 In the song title, “Jennifer” is Jenny Boyd, and “Juniper” is a tree called “Juniper”.

They seem to be playing with words by putting similar words together.

But then they broke up. 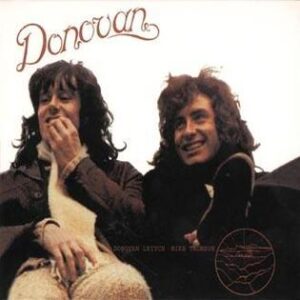 This is not a solo album, but an album under the name of the band Open Road.

Other than Donovan, the band members are as follows

This album and the next one, “H.M.S. Donovan,” were the band’s heyday.

There was a change in musicality with this album.

There are more rock-like songs on this album.

After that, Donovan left the band and the remaining members released one album, but the band soon disbanded. 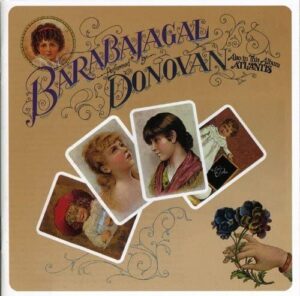 The participation of The Jeff Beck Group on this album was a big hit.

I think the intention was to make the album more rock-oriented.

However, there have been songs that sounded like rock from time to time before.

Here is one of the songs that sounds like a rock song, though it is not from this album.

Donovan – Season of the Witch

This album was also the last album produced by Mickie Most.

Donovan may not have been the type to intentionally create hit songs.

Mickie Most seems to have compensated for that.

In fact, after this album, Donovan’s songs were no longer hits.

This song is similar to “Hey Jude” by the Beatles.

Incidentally, he was also friends with the members of the Beatles.

He also befriended the Beatles, helping Paul McCartney with his lyrics and teaching John Lennon guitar techniques,[4] and was one of the few artists to collaborate with them.

In 1968, he also visited India with members of The Beatles, actress Mia Farrow, and Mike Love of The Beach Boys.

In this song, there is a narrative for almost the first two minutes.

It seems to be talking about the legend of the continent of Atlantis.

The piano by Nicky Hopkins is a nice touch. 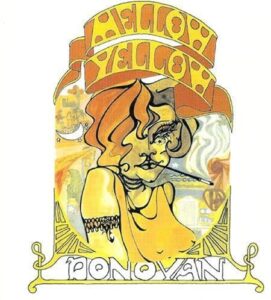 His albums often featured members of the pre-debut Led Zeppelin.

Jimmy Page used to play guitar in the background for him.

The arrangement of this song was done by John Paul Jones.

The song also has a lot of charm.

Many of the psychedelic rock songs of that time have faded away.

However, in this man’s case, the musical value remains unchanged.

Here is one more song for you.

This time I reaffirmed once again that he is a good songwriter. 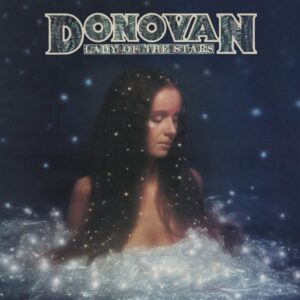 This song was released in 1984, and at that time he was at the bottom of his career.

He was at the bottom of his career, having failed to reach the top 100 of the Album chart for seven consecutive albums.

This song, for example, might have sold well, but it was not talked about at all.

Their next album, “One Night in Time,” was not released until nine years later.

It was released only on cassette tape.

However, as you can see from this song, he was still positive about his music even during that period.

There was a movement to reevaluate.

In 1996, he released an Album called “Sutras” produced by Rick Rubin, who was a fan of his.

In 2012, he was inducted into the Rock and Roll Hall of Fame.