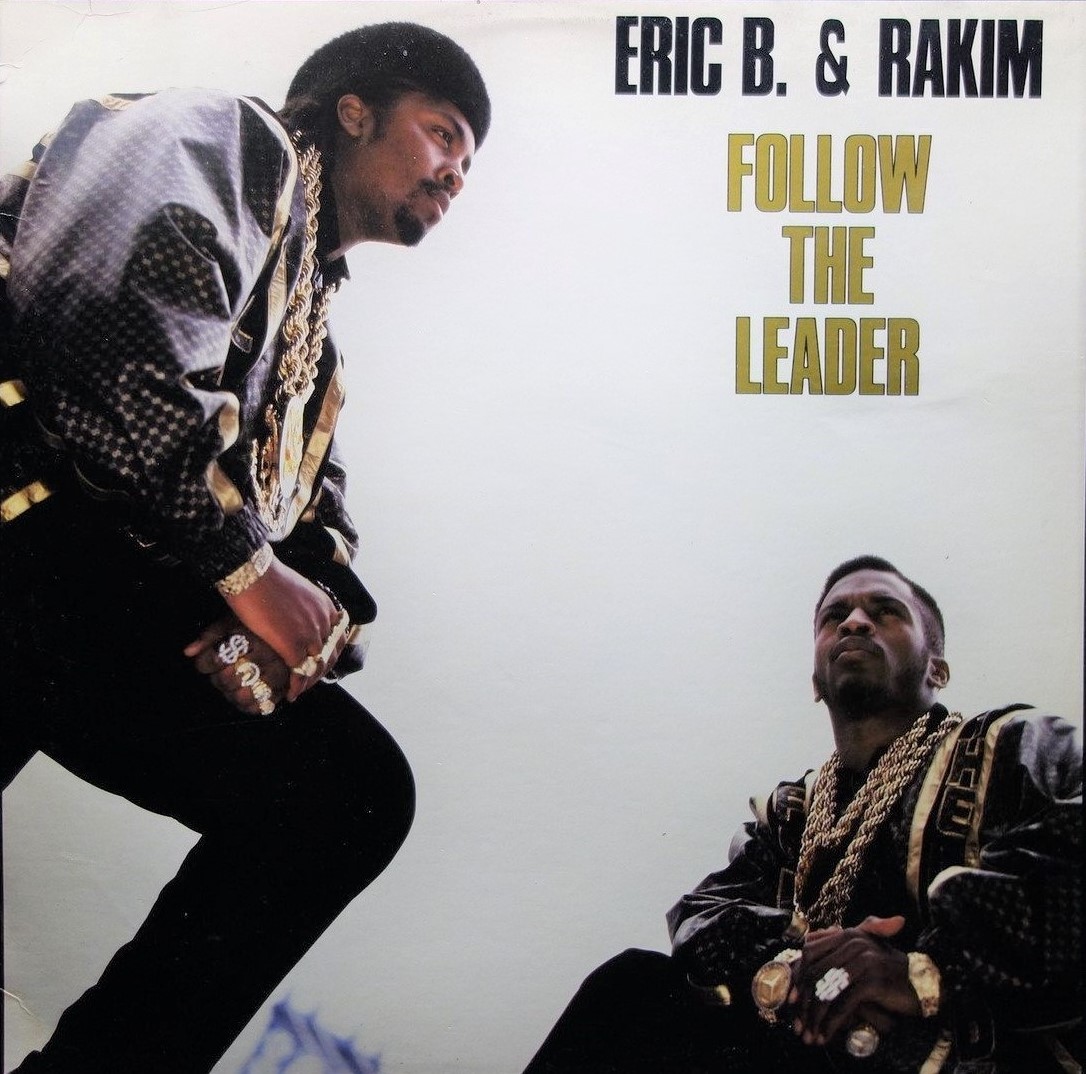 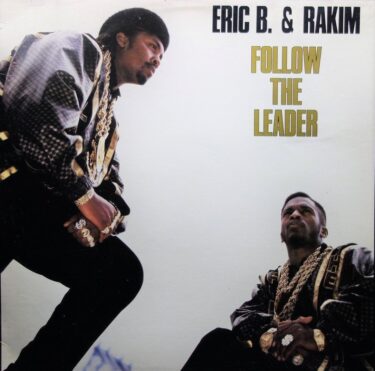 This time I created a ranking for Eric B. & Rakim.

Back then, Rakim was a cool stylist. 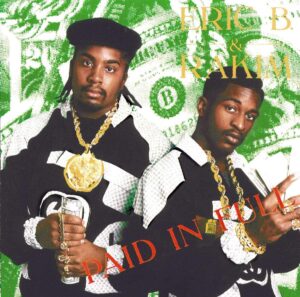 The original of this song is one of the most popular rare groove songs.

Bobby Byrd – I Know You Got Soul

However, if you listen closely, you can hear that the sound has been processed a little lower.

Also, the original song is hot, but this one is cool. 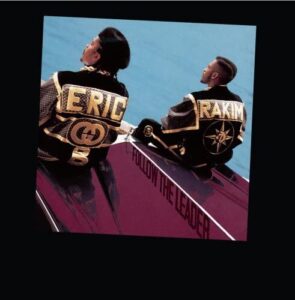 I’ll start with the original story here too.

The “Microphone Fiend” is supposed to be Rakim himself.

In this song, Rakim talks about how passionate he has been about rapping.

He claims that I am the strongest microphone addict and that no entertainer can match me.

Rakim is also very cool in the video above. 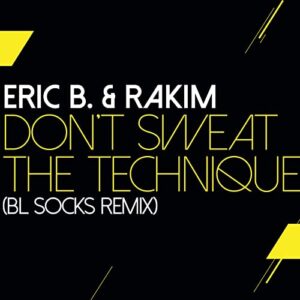 They decided to break up after this album.

At the time, their contract with MCA Records was about to end.

After that, they were supposed to move to a solo contract.

However, Eric B. refused to sign a solo contract, fearing that Rakim would abandon him, and the duo eventually broke up after a lawsuit.

Indeed, the duo’s popularity was concentrated on Rakim.

While Rakim remained active after the breakup, Eric B temporarily quit his music career.

The two did not work together for a while, but they reunited for a live performance in 2016.

No.4「Paid In Full (Seven Minutes Of Madness – The Coldcut Remix)」(Album:Paid in Full)

This remix version may be better known than the original.

There are various sound collages in this version.

The sampling by Israeli singer Ofra Haza is particularly effective.

The remix was done by a DJ team called Coldcut.

You can tell by listening to the following songs that they didn’t just happen to do a good job with this remix.

This album also includes the song “I Ain’t No Joke”. 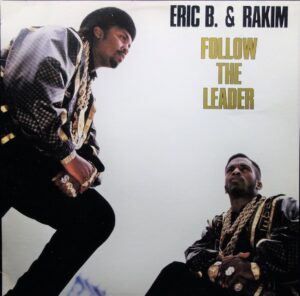 When this album was released in 1988, the popularity of HipHop was rapidly expanding.

At the time, I didn’t really like hiphop because it was too flashy and emphasized masculinity too much.

I was too young, and I was only listening to rock music, so it was difficult for me to understand it.

But I liked this song.

But the track in this song also emphasizes bass.

The bass-heavy, subdued sound was very cool to me at the time. 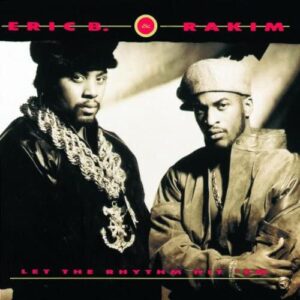 They have only four albums, but they are all masterpieces.

This third album, however, may be the least popular.

The reason for its unpopularity seems to be the lack of an overwhelming killer.

However, the average standard of the songs is high.

The title track and singles like “In the Ghetto” and “Mahogany” are great, but not as good as the previous singles.

I love this song, and I think it should have been the single cut.

The track was produced by Large Professor, who was still in high school.

The talent is obvious at this point. 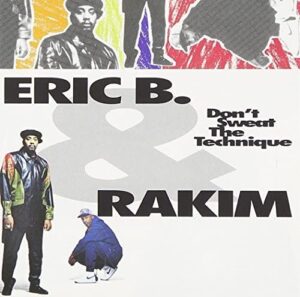 This is a song from the last album.

This song has a strong R&B element to it.

It may be because the sampling source is Midnight Star’s “Curious”.

In this song, Rakim’s lyricism is very evident.

The story of how Rakim met a woman and became friends with her is described in a novel-like manner.

The drums are impressive here too, but here’s a link to the original story.

Their best work is a matter of opinion.

I think it’s either “Paid in Full,” “Follow the Leader,” or “Don’t Sweat the Technique.

I just don’t think it needs an instrumental song.

I’m sure Eric B fans will be offended.

This album, including the single cut “The R”, is a great listen. 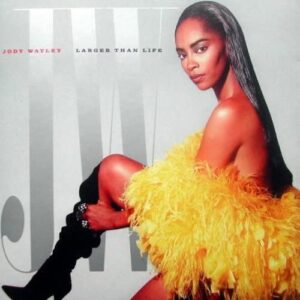 The two of them guest on a song by Jody Watley, formerly of Shalamar.

You can’t talk about them without mentioning this song.

Rakim is the kind of person who can single-handedly turn a song into a masterpiece.

But in this song, he plays a supporting role.

Rakim appears at 1:41, but he is given a long time to appear. 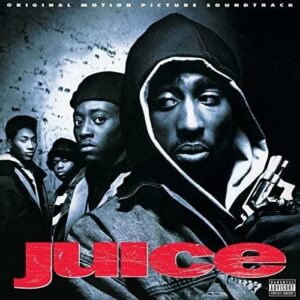 This soundtrack is a must check out if you want to know what the hiphop scene was like back in 1991.

In addition to them, Naughty by Nature, Big Daddy Kane, EPMD, etc. also participated in this album.

When I listen to hiphop from the 1980s, I sometimes regret the cheap sound.

They are no exception to this.

But in 1992, when this album was released, the sound was close to what it is now.

I’m glad that they released the album at this time.

I think this song is one that you can listen to now and realize its quality without feeling uncomfortable.