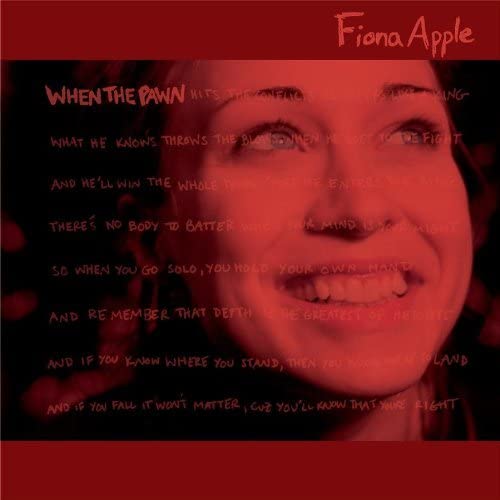 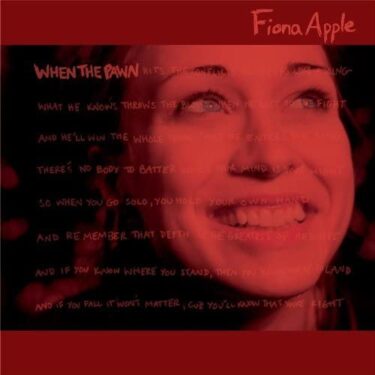 This time I created a ranking of Fiona Apple.

It is said that her music is difficult to understand.

I’ve heard that from friends too.

Please listen to these 10 songs first to give it a try. 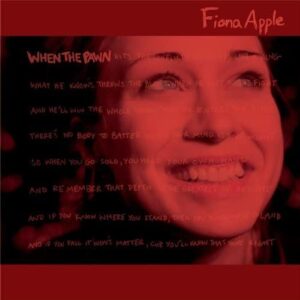 The original song is on “Let It Be” by The Beatles.

It’s practically John Lennon’s song rather than the Beatles’.

The lyrics are difficult to understand, but I guess they go something like this

There are many things happening in the world.

But no one can change my world.

In this PV, a large number of rioters are rushing in and destroying the store.

Fiona sits in a corner of the scene and sings as if nothing is happening.

The debris from the destruction is falling on her.

Incidentally, this song is included as a bonus track on the Japanese version.

If you are considering buying the album for this song, please be careful. 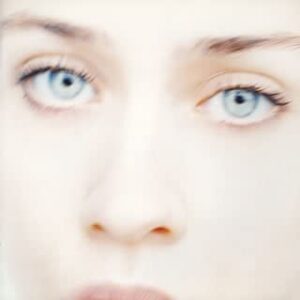 She was diagnosed with OCD early in her life.

She was also raped at the age of 12, which left her with a lot of emotional scars.

Shy and reserved, she grew up with an unstable mental state.

Even in this song, she seems to be trying to tell men that they don’t understand her.

You might think that she is a troublesome person.

But this kind of internal exposure is a necessary process for her to heal herself.

I feel that her songs have a mysterious power to heal people. 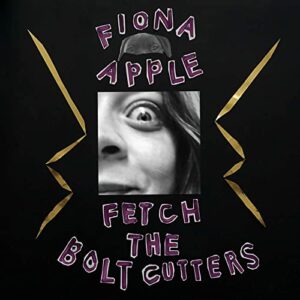 The essence of her music may not be the rock part.

I think she is essentially a singer-songwriter who can play the piano.

She learned to play the piano at a very young age and was already writing her own songs by the time she was eight.

There is no doubt that her first two works are masterpieces.

However, they are overly emotional and sometimes painful to listen to.

On the other hand, the recent albums are much easier to listen to.

The scandalous music video for this song has created a huge buzz.

In the video, various men and women are lying down in a half-naked state!

In the video, various men and women are laying around half-naked, and in some scenes, she is also naked on top or in her underwear, like a participant in a decadent party.

At the time, Liz Phair and PJ Harvey were writing songs about sexual desire, and people like Tori Amos were beginning to sing about their own rape experiences.

It seems that this music video was not her idea, but people around her might have been aware of that line of thinking.

She has also been caught with drugs, so she is not a person of good conduct.

With this song, she was able to find her place in the music industry. 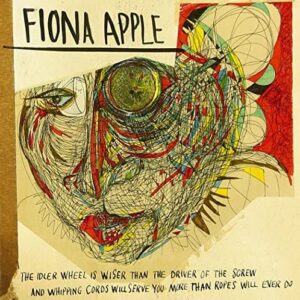 In this PV, the world is expressed like a fairy tale.

In the past, she used to stuff her conflicts into her songs like a curse.

In this album, however, she seems to be genuinely pursuing the joy of expression.

Here is a link to another song from the same album.

I wasn’t sure which song to pick up.

It’s good to have something to play with, but it’s not good if the album title is too long.

The official title of this album is as follows.

This song has an impressive rhythm that sounds like a Beck song.

The theme of this song is a sense of urgency itself.

She is telling the man she seems to be in a relationship with to “get out now” or “scratch me now”.

This may be an effect of OCD.

At 3:32 in the PV, there is a scene where her facial expression changes rapidly.

I think this scene expresses the content of the song very well. 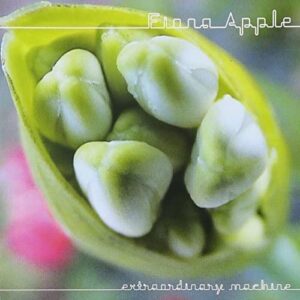 This album seems to have a lot of lighter songs.

The lyrics, however, are still introspective and disturbing.

Incidentally, it had been six years since the last album.

At the time, there was a rumor that the record company might be interfering with Fiona.

There was a protest against the company by 45 fans with “Free Fiona”!

The truth seems to be that it took a long time to rework the Album, though.

This album seems to have a lot of lighter songs.

The lyrics, however, are still introspective and disturbing.

Incidentally, it had been six years since the last album.

At the time, there was a rumor that the record company might be interfering with Fiona.

There was a protest against the company by 45 fans with “Free Fiona”!

The truth seems to be that it took a long time to rework the Album, though.

The above Album Name is a shortened version.

The official album name is as follows

「When the Pawn Hits the Conflicts He Thinks like a King What He Knows Throws the Blows When He Goes to the Fight and He’ll Win the Whole Thing Fore He Enters the Ring There’s No Body to Batter When Your Mind Is Your Might So When You Go Solo. You Hold Your Own Hand and Remember That Depth Is the Greatest of Heights and If You Know Where You Stand. Then You’ll Know Where to Land and If You Fall It Won’t Matter, Cuz You Know That You’re Right」

I think this album has a strong rock flavor for her.

The song starts out slow, but the drumming that starts at the 35 second mark is very impressive.

When talking about her early days, the presence of Jon Brion is very important.

He has been a part of her Album since her debut, producing and contributing with various instruments.

On this song, he provided the orchestral arrangement.

For your information, here is what inspired me to make this album.

In 2002, Bryon was depressed, and in search of a reason to live, he asked Apple to “make an Album to save me.

However, once she completed the album with John’s production, she reworked it with a different producer.

After this album, John no longer participated in Fiona’s albums, so there may have been a lot going on.

However, John Bryon’s version is still used for this song.

The first half of the song is great enough, but the orchestration from the middle part is the best part of the song.