This time, we will focus on Flipper’s Guitar.

The band consists of Keigo Oyamada and Kenji Ozawa from Cornelius.

I’m sure there are some of you who know them, but don’t know about Flippers Guitar.

I thought it would be a good opportunity for those people to learn about Flipper’s Guitar.

This is their signature song.

This song is the starting point and the pinnacle of Shibuya-kei music.

The bold introduction of dance music in this album caused a reaction.

I once read a disc review that said this album was under the influence of Primal Scream’s “Screamadelica”.

While there are certainly similarities, that may not be true.

This is because the Flippers Guitar album was released first.

However, Primal Scream had already shown a new musical style with the single “Loaded” released in 1990.

“Loaded” was under the influence of the cutting-edge rave culture of the time, and the visionaries were incorporating influences from club culture.

It might be better to say that Flipper’s Guitar was also leading the way in the same era, along with Primal Scream.

In Japan, these guys were leading the way.

This is a great song that led the era.

From the time of this album, they began to gain general popularity.

It was the height of the bubble economy and they were about to become the darlings of the times.

The song starts with a light scatting, which is often used in Shibuya-style music.

The female chorus in the middle of the song, the use of vibraphone and horns, etc., were all perfectly stylish music.

The music has so much information, but the various elements are neatly organized and incorporated.

When this song was released, they were only 21 or 22 years old.

They were very talented young musicians with a very high level of musical processing ability. 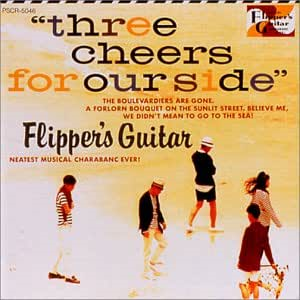 They got their first real break around 1990, so they were not that well known at that time.

I think songs from their first album tend to be neglected even on best-of albums.

But what do you think? It’s a really great song.

By the way, The Pastels is a British indie pop band that I also love.

They were listening to minor label singles in the UK at this time, and it shows in the music they were playing.

But the title of the song is “Goodbye”.

The lyrics say, “Let’s take the badge off the anorak and put it in the drawer. But I’ll never forget the feeling.

Anorak” refers to the clothes that the members of the Pastels often wore, and the series of music with such a badass musicality is sometimes called the “anorak sound.

I guess that’s how they steered their music toward commercialism.

This song shows the determination of the band on their professional debut.

However, they never forgot their free spirit, so this song may be a prophecy of their subsequent musical transition.

This is another selection from “Doctor Head’s World Tower”.

This song is also more of a dance music song.

First of all, I can’t get enough of the guitar tone in the intro.

If you compare it to the song on the first album, you’ll notice that the rhythmic approach is quite different.

In other words, less than two years have passed. And yet, the sound has changed so much.

The name of this song is “QUICK STAR,” and I think it refers to us.

They have been whirling around like cats, changing their musicality at a dizzying pace in this short period of time.

When I think about it, David Bowie and Radiohead have also swung us around a lot.

It may be a blessing for listeners to be swept along by artists with musical ambitions.

This is a selection from their second album.

Some of you may not know that they were a five-member group when they debuted.

So the first album was not a two-piece group.

But on the second album, there were only two members, and professional musicians were brought in to perform.

Sorry to the members who left the band, but this may have been the beginning of their commercial breakthrough.

Because their music needed a variety of arrangements.

Their music has been getting more and more attention since then, and it was their diverse arrangements and performance skills that supported their popularity.

In this song, the intro guitar, the use of the organ that blares throughout the song, and the use of horns at key points are all perfect.

It is a song of perfection with no flaws, which is necessary for them to become the darlings of the times. 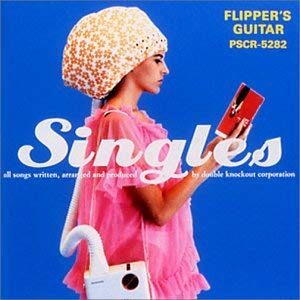 This song is also from the second album, but it has a neo-acoustic flavor like the first album.

They are influenced by what is called neo-acoustic music.

They even got their name from the album cover of a neo-acoustic band called Orange Juice.

In the first place, they announced that they were a band with the purpose of reissuing the Orange Juice album.

Of course, you don’t have to take them seriously.

I’m not sure, but I seem to remember them saying at the time that they liked neo-acoustic music with dynamic bass lines like Orange Juice.

They are known as Shibuya-kei music.

However, according to Wikipedia, the term “Shibuya-kei” only took root after they broke up.

Of course, something like Shibuya-kei music existed before that, but I think it was named after them.

One of the characteristics of Shibuya-kei music is that it has a sense of editing, where people with deep musical knowledge put together various musical designs.

For example, the spy movie motif in the intro of this song, the use of sound effects like mondo music, the bold dance beats, and the acoustic treatment of the guitars are still remarkable.

The values they created on this album also influenced cartoons like Kyoko Okazaki’s “River’s Edge”.

It is portrayed by an important character as an album that he wanted.

When I first heard their music, I was amazed at the level of perfection.

Having also listened to Sarah Records and others in the UK later, I was astonished that there was such high quality music in Japan.

On the first album, all the songs were sung in English, and I thought that was amazing.

When I listened to the album again after a long time, I felt that it was still a bit green compared to the seamlessness of the next album.

However, songs like this one, which are neo-acoustic with a bit of jazziness, have a grown-up feel to them, and the youthfulness seems to be preferable.

This song has a hidden jazziness via The Style Council and Everything But the Girl.

In an interview at the time, I believe, he said that he preferred the slightly fake jazz that Everything But the Girl was doing to real jazz.

I was digging deep into jazz at the time, and I read those remarks as something to be concerned about.

However, when I listen to this song and others now, they are not so bad.

It’s a song that I’ve been reevaluating a lot.

This song is supposed to be a reference to bands like The Bluebells and Friends Again.

You might think that they were in the same league during the Flipper’s Guitar era, since they have both been active since then.

However, I think Keigo Oyamada’s songwriting ability at that time was superior.

Keigo Oyamada wrote all the songs on this first album.

Keigo Oyamada was one year younger than me, so he was quite precocious, wasn’t he?

It’s similar to how the Beatles wrote better songs with John Lennon than Paul McCartney in the early days.

Kenji Ozawa came to prominence with his second album.

After all, he wrote “Young, Alive, In Love”.

“Camera! Camera!” was written by Kenji Ozawa and “Haircut 100″ by Keigo Oyamada.

The lyrics of the second album have changed a lot from the first album.

In the first album, all the lyrics were in English, but now the lyrics are in Japanese.

However, many of the lyrics are not straightforward.

For example, in this song, the lyrics are not romantic at all, such as “Let’s say goodbye to laughing, talking, and falling in love,” or “I understand that we can’t understand each other.

The mismatch between the lyrics and the melody was inherited by Kirinji later on.

This song was written and composed by Kenji Ozawa.

This song was written and composed by Kenji Ozawa, and I guess he was going through a rough time mentally.

Later, Kenji Ozawa made his solo debut and released his magnum opus, “Dogs.

In that album, he swung back to expressing his feelings more straightforwardly.

This song is a bit special.

It is difficult to rank them, but I thought it would be impossible to rank them without this song.

So I decided to include it as an extra.

These guys have a huge amount of musical knowledge, and they put fragments of it into their songs in various ways, like anagrams.

Some people call their quotations “clones.

Of course, these opinions would have been heard by them.

I think this song is their answer to those opinions.

From the introduction, the chorus of The Beach Boys’ “God Only Knows” is quoted in a very clear way.

The use of the stripped-down chorus in between is also a perfect example of the Beach Boys’ influence from the Smile era.

Nevertheless, they have created an original music that only they can express.

Their aim is so advanced that I can’t help but laugh dryly.