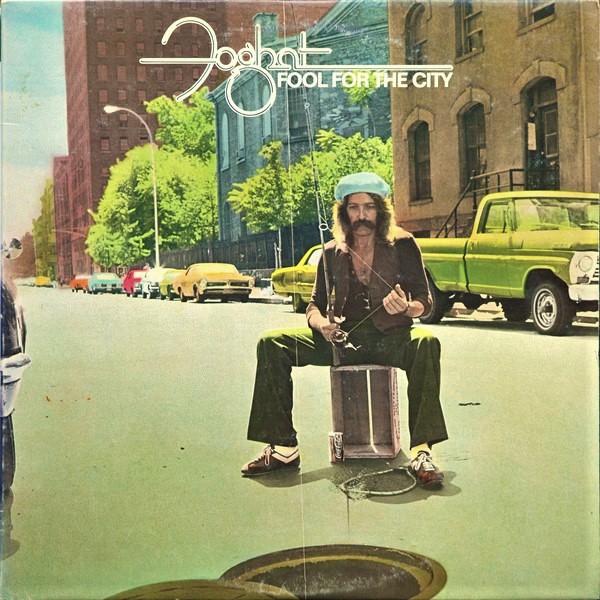 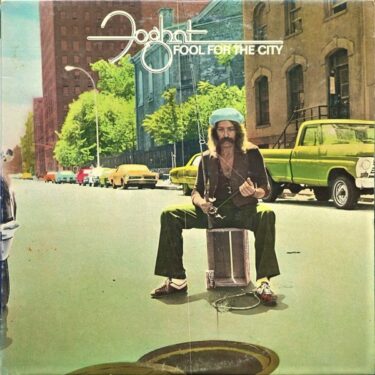 This time I created a ranking for Foghat.

This band is a hard boogie band.

They are not a dexterous band.

However, their music has the charm of old rock condensed in it.

All of their songs are just so cool. 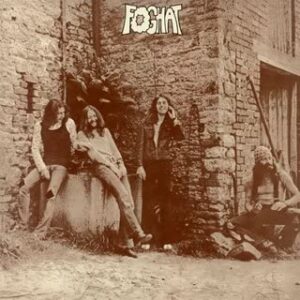 They are an independent band formed by the members of Savoy Brown.

A whopping three of the four members from Savoy Brown have left the band, including leader Kim Simmonds.

The composition of the band at the time of its debut is as follows.

Since there are three out of four members, it might be better to call them Savoy Brown.

However, Kim Simmons has stepped up and rebuilt Savoy Brown, and Foghat has become a popular band.

This is the first song and the first single from Foghat’s first album. 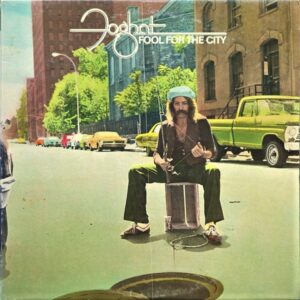 The person in the photo on the album cover is Roger Earl, the drummer.

He is sitting on a soap box on the street near the office where Fogut works.

If you look closely, you can see that he is holding a fishing rod.

And in front of him is a manhole with the lid open.

What is he trying to catch?

This photo was the idea of Nick Jameson, the bass player.

He took the photo on a Sunday morning after a sleepless night.

This song has a dry guitar sound like Creedence Clearwater Revival, which is very pleasant. 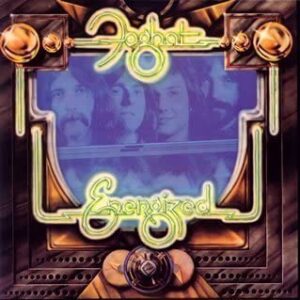 This song is a revision of “Train Kept A-Rollin'” by The Yardbirds.

The riffs are quite similar, so it sounds like a cover song…

This was their third album in total, and they were on the way to success.

This album reached #34 on the US album charts.

Although they are from England, they are very popular in the U.S. and not so popular in other countries including Japan.

This song is a very pleasant song that just pushes along with the guitar riffs.

This album is often referred to as their best work.

Their music is characterized by a straightforward boogie sound.

What is boogie, let me quote below.

A boogie is a repetitive phrase with a swinging or shuffling rhythm, used in blues, swing jazz, and rock and roll music. It is also spelled boogie.

It may not come across in words.

I feel that the playing of this song up to the first 30 seconds is boogie.

In the case of this band, they are sometimes called hard boogie because they have a strong hard rock flavor.

However, the foundation of this song is blues, and the blues-like guitar solo is played at 2:08 in this song as well.

The main ingredients of this band may be hard rock + boogie + blues. 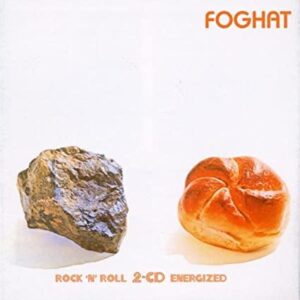 The name of this second Album is “Foghat”.

It is commonly called “Rock ‘n’ Roll” because it has the same title as the first album and is indistinguishable from it.

Two albums in a row with the same title is very embarrassing, isn’t it?

I would call it “Stones and Bread”.

The 1970s, when they were active, was a time of rapid musical progress.

This band, on the other hand, stayed with the same musical style.

Almost all of their eight albums are full of songs like this, until they popped up a bit with 1979’s “Boogie Motel”.

People say that they are a one-note band, but I don’t deny it. 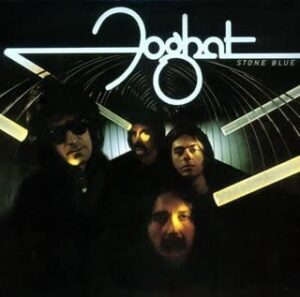 They may have been aware of punk at this time.

Here is one more song from this album.

It’s a good song with a sense of momentum.

They can sometimes be as bad as the cover of “Fool for the City”.

It seems to be just a play on words, but even when they decide on a band name, it’s like this.

Maybe we shouldn’t manage these bands too much and just let our instincts take over.

Since their debut, they have been making the same kind of albums with the same members.

Their label has also been Bearsville Records.

However, for this album, there was a change of members for the first time.

The bass player became Nick Jameson, who had produced “Rock and Roll Outlaws”.

On the next album, however, he was replaced by Craig MacGregor.

In the end, Nick Jameson was limited to this album.

However, this song he left behind is remembered as one of the band’s best ballads. 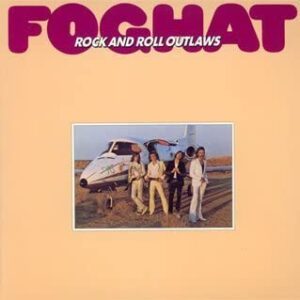 The two guitarists, Lonesome Dave and Rod Price, are the most popular members of this band.

To be honest, I can’t distinguish between their performances, but one thing is clear: they play a dynamic slide guitar.

One thing is clear: Rod Price is the one who plays the dynamic slide guitar.

I think it’s Rod who plays a slide-like phrase at the 2:52 mark of this song, giving the song momentum.

It’s a little hard to hear because of the poor recording.

The advantage of having two guitars in this song is that you can enjoy the relationship between the two guitars.

Their charm is not only in the riffs, but also in the guitar solos.

The guitar solos are also worth listening to. 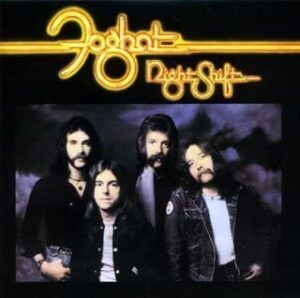 This song is a cover song by Al Green.

By the way, if you do a search on this Song Title, the number one search comes up with a Talking Heads song.

Talking Heads – Take Me To The River

It’s a totally different type of music from Foghat.

They are a blues rock band, so it is natural that they are different.

I think the guitar solo at 2:29 in this song is a great blues performance.

The guitar solo at 3:31 is also excellent. 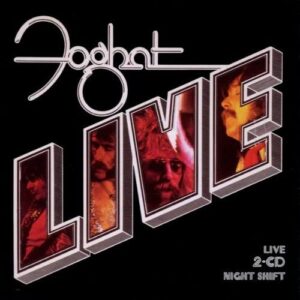 Rock bands in the 1970s always had a live masterpiece.

They also had their biggest hit with this live album, which reached #11 on the Album chart.

The second half of this song is worth listening to.

The original version of this song is the one on “Fool for the City”, but I chose this live version this time.

The guitar playing, especially at 7:08, may seem useless to those who are used to listening to modern rock music.

But this uncontrollable frenzy is the joy of listening to old rock.

The music is bold, masculine, rough, forceful, and instinctive.

In fact, I think some of the details are old-fashioned.

But the vitality of the music is undiminished, and it still drives rock fans wild.