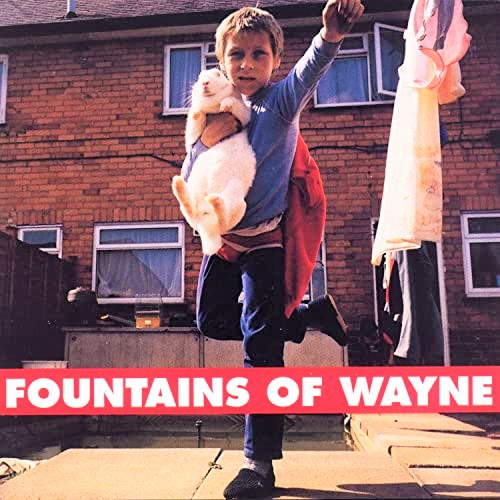 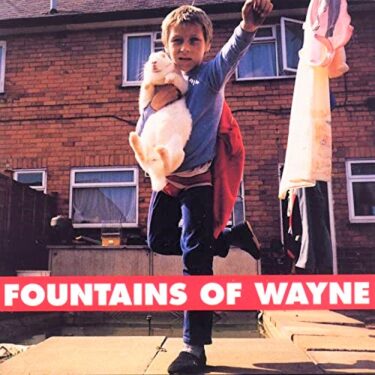 I have created a ranking of the Fountaineers of Wayne.

This band is full of really good songs.

They are all great songs, but I have carefully selected the best songs from them.

Adam Schlesinger is no longer with us, but as a memorial to him, we have included songs from his solo career.

Please enjoy the charm of power pop.
This blog is an automatic translation of a Japanese blog into English.

No.1「Better Things」(Album:This Is Where I Belong: The Songs of Ray Davies & The Kinks) 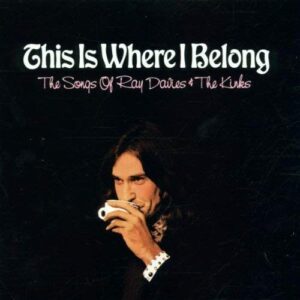 ■Song Title：Better Things
■Album Name：This Is Where I Belong: The Songs of Ray Davies & The Kinks
■Video link：「Better Things」

This song is a selection from the Kinks’ tribute album.

You may wonder why I bothered to pick up a cover song when they have so many great original songs.

But take a listen.

When I first heard this song, I thought that a new masterpiece of power pop had been born.

Kinks’ version of the original song is on a less obvious album called “Give the People What They Want”.

The taste in choosing that song is impressive, but the interpretation of the song is even more impressive.

The song starts off slow and gradually accelerates.

Then comes the big explosion in the chorus.

The flow of the guitars, which seem to ascend and descend, is nothing short of perfect. 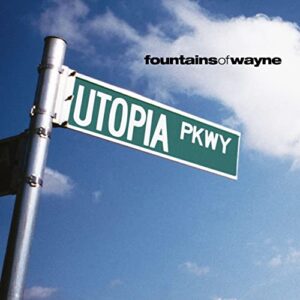 I used to go to a lot of power pop clubs, and I used to be an organizer and DJ myself.

At that time, this song was often played in those clubs.

In a club, there is always an ironclad song that gets the crowd going, and this song was the ironclad of ironclads.

At that time, I think they were compared to Weezer.

This song came out around the time between “Pinkerton” and “Weezer” in terms of Weezer.

Some people may disagree with me, but I think the 1990s was the heyday of power pop.

You must be tired of hearing this song by now, but I still get high when I hear the handclapping in the chorus.

This is a great song, the pinnacle of power pop in the 1990s. 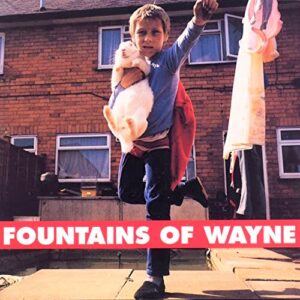 This song is a selection from their first album.

The first album is a little different from their later albums.

It has a bit more gaps in the sound, a garage-like feel, and a lo-fi feel.

This was not intentional, but may have been a result of the low budget.

And they recorded it in one week.

The small budget and rushed schedule may have been detrimental to the perfection of this album.

However, in this song, the simplicity and lack of embellishment may have led to a better result.

They are said to be a power pop band, but if you listen to their album, you will find some surprisingly folky songs in it.

This song is one of the best examples.

Their folky style is reminiscent of Simon & Garfunkel.

This song, for example, shows the influence of Simon & Garfunkel, including the way they added the chorus.

The highlight of the song for me is the development from 2:00.

The song tends to be monotonous, but the songwriter adds some variety to it.

It may be a song for the uninitiated, but after listening to it many times, I’m sure everyone will fall in love with it.

The lyrics say, “Sometimes I gave up, but then you overcame your difficulties.

As I will mention later, after this album, they went through some difficult times, but they overcame those trials.

It could be said that this song foretold their own destiny. 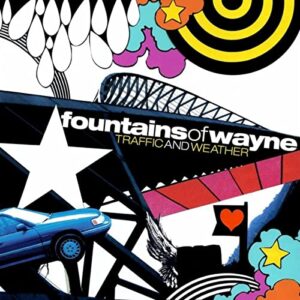 Their albums are released at intervals of about three to four years.

It may be a bit long, but the songs on their albums are always well-crafted and do not disappoint.

I think they are a cut above the rest in terms of song averages.

There is a saying that “there is not a single discarded song on this album,” but in reality, I think this is quite rare.

In their case, however, there is not a single boring song on the entire album and throughout their career.

The songs are written by Adam Schlesinger and Chris Collingwood, but it seems that they credit the songs they wrote independently as co-writes to avoid conflicts later.

Therefore, it is difficult to understand what kind of songs they write, but we can guess the division of labor to some extent.

I think Adam writes the power pop songs, and Chris writes the folky songs or the songs with a country flavor.

However, Adam’s solo work has some abandoned songs.

I think the combination of two people with different personalities keeps the album from becoming monotonous and maintains the high quality of the songs. 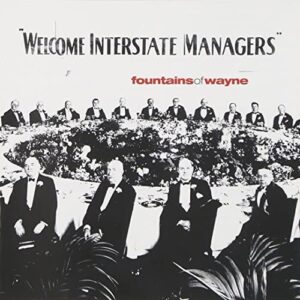 The song ran to #21 on the singles chart.

I was very surprised because I thought they were not a chart-topping band, but they won a gold disc and were nominated for a Grammy.

The song is about a little boy who falls in love with his friend’s mother, and it’s very trite.

The “Stacy” in “Stacy’s Mom” is a friend’s little girl, and the boy seems to be crazy about her mom.

It is said to be a reference to Simon & Garfunkel’s “Mrs. Robinson”.

However, in the promotional video, there are many sexy scenes that make you think it’s a David Lee Roth music video.

Well, maybe it’s a good thing that the song sold well in the end. 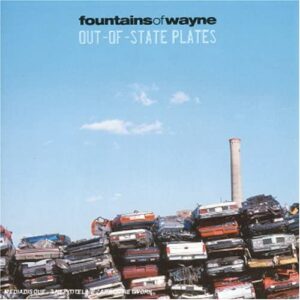 I mentioned earlier that they don’t have any abandoned songs. This album is a good example of that.

There are many songs that I wondered why they were not included in the original album.

This song in particular is a prime example.

First of all, the arrangement of the horn section is superb.

There are also three new songs and a single called “Maureen”, so you could almost consider this as the original album.

Incidentally, this 2CD Album was released after their breakthrough.

It may have been an attempt to maintain their popularity with a collection of B-side songs, but unfortunately, it didn’t sell very well.

Unfortunately, it didn’t sell very well, but for fans like us, it was a great album that saved us the trouble of buying all the singles.

Before this third album, there was a lot of pain.

The second album was enthusiastically received by some, but commercially it did not do well.

They got rid of Atlantic Recording, and they were on their way out.

Chris was especially depressed, and with Adam’s encouragement, he finally started writing the songs for this album.

They started recording this album without any support from the label.

After that, they managed to sign a contract with S-Curve Records and released this album.

If you listen to this album with this background in mind, you will notice that they have not changed the course of their previous work.

In other words, they did not change the way they had been doing things, but they went further in their pursuit of expressing good songs with good songs and performances.

This persistence opened the door to their destiny, and this Album became the hit they had been hoping for.

Perhaps the reason they established the reputation they have today is due to this single-minded pursuit of the charm of their songs.

The songs are sweet on the surface, but at the root of their sweetness is an unwavering conviction.

At this time, they may have been in a similar position to bands like Sebadoh and Pavement.

The lyrics of this song are advising a woman who is dating a wild motorcycle guy that she should break up with him.

In other words, the protagonist of this song is probably the opposite of a biker type of person.

The main character is sober and seems to have a side crush on a woman who is dating a guy on a motorcycle.

By the way, there are two types of jackets for the first album.

The jacket shown above is the original jacket.

The original jacket resembled the photo of “Plastic Jewels” by the Flamingoes, so it was later replaced with a different jacket.

However, I like this one better, so I’ve included the original album jacket.

I think the original jacket fits their musical style better.

Their albums are always under the joint name of Chris and Adam, but on this album, it is clear who wrote which song.

The reason why I know this is because Chris was suffering from depression and alcoholism during this period, and it is clear from his testimony.

This song seems to have been written by Adam.

As Chris’s songs have decreased, the number of songs written by Adam has increased.

However, perhaps due to their friendship, all the song credits have been kept under their joint names.

With the royalties coming in, I’m sure Chris was able to concentrate on his treatment with peace of mind.

Adam is a very creative person, and even when Chris was not able to work, he was busy with other projects and behind-the-scenes work.

But Adam, who encouraged Chris and supported the band, is no longer with us.

He was only fifty-two years old, so he planned to continue making good music.

That’s it for the Fountaineers of Wayne ranking, but next I would like to introduce some songs from Adam’s solo career. 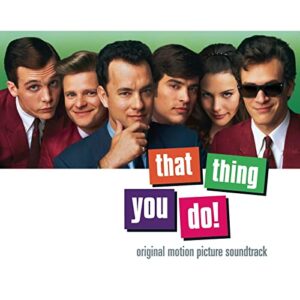 This song was released in October 1996, the same month that the debut album was released.

This song was written solely by Adam.

Some people seem to have misunderstood that this song was not released by the Fountaineers under the alias Wonders.

His voice is not as sweet as Chris’s, which means they are a different band.

This song has a hint of Merseybeat in it.

In fact, Adam seems to love the music of that time, and this is an interesting song that gives us an idea of Adam’s roots. 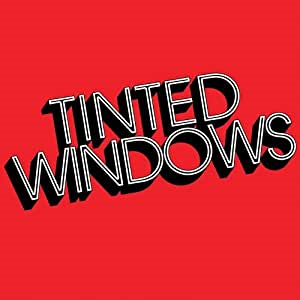 This band is another project of Adam.

Adam also has another band called Ivy with female vocals, but it’s not power pop.

This one, on the other hand, is closer to Fountains Of Wayne.

When this band was formed, it was a big deal.

When this band was formed, it was a big deal, because the members were gorgeous, and they were considered a super band.

This is a Mr. Power Pop masterpiece.