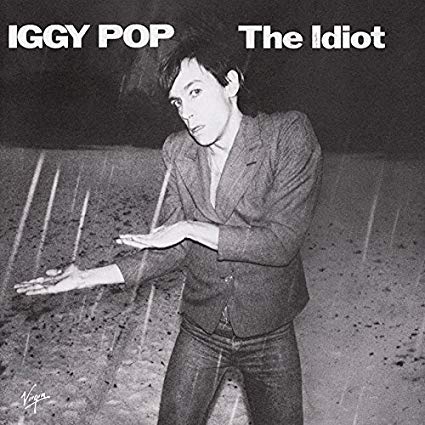 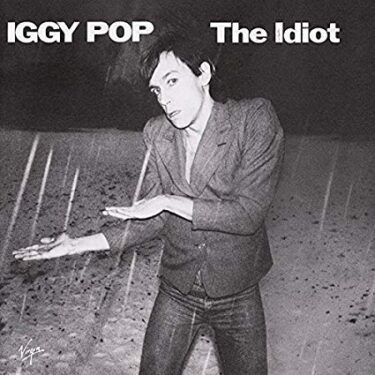 This time, I created a ranking for Iggy Pop.

I’ve limited the time period to 1977 onwards and before “Blah Blah Blah”.

In other words, the first half of his solo career after The Stooges.

I find this period to be the most interesting.

It includes his solo debut with the support of David Bowie and the Arista period, which is said to be his slow period.

Later, Iggy was in the limelight with the movie “Trainspotting”.

In this ranking, I’ve included more songs from that period that were reevaluated.

However, even during the sluggish period, some very interesting songs were produced as a result of trial and error, and the song at No. 10 in particular is the highlight of the list.

This song was featured in the movie “Trainspotting”.

This album was released in 1977, but it doesn’t sound old at all.

“Trainspotting” was a movie that was performed in 1996, which means that the song was used 19 years ago in the movie.

The rhythm is very cool from the intro.

This song is basically rhythm-driven, with the same riff repeated endlessly.

It’s not often pointed out, but I think the rhythm is clearly Motown-derived.

The bass line, in particular, sounds like something you would hear in a Motown hit.

However, the lack of Motown color may be due to Iggy’s unconventional and wild vocals.

The name of the song translates as “craving for life”.

This song fits the movie too well.

This song was temporarily used for a TV commercial in Japan.

In this song, Iggy sings a little restrainedly over a guitar cut with an outlaw feel.

It’s not that Iggy doesn’t have ballads, but he’s not the type of singer who can make you listen to ballads.

This song, however, has the melancholy characteristic of a roughneck.

At the time, Iggy was spending a lot of time with David Bowie.

Since Iggy didn’t have a driver’s license, he used to drive David Bowie around in his car.

That’s the meaning of the song title, “Passenger.

It is a manly song, but it makes you feel the friendship of men. 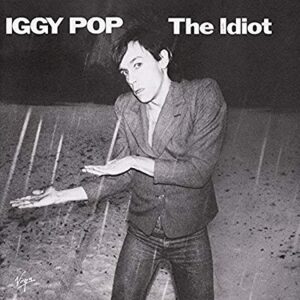 This song is famous for being self-covered by David Bowie in “Let’s Dance”.

However, I prefer this version.

Iggy sings with normal tension at the beginning, but the tension suddenly rises in the middle of the song, which is very dramatic.

I wondered why David Bowie, who seemed so perfect, decided to support Iggy Pop.

I think he was attracted to Iggy’s “wildness”.

For example, at about 2:37 in the song, there is a sense of brashness that Bowie doesn’t have.

But with Iggy, it’s normal.

The performance is also dramatic, and the guitars at 1:36 and 3:52 really give me goosebumps.

I think this is a great song where Iggy’s wild vocals and performance are competing with each other on a high level. 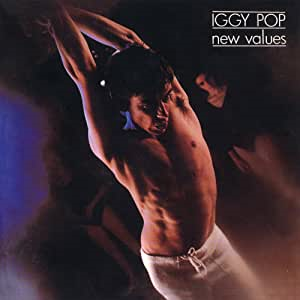 This is a different, light-hearted song.

It has a little bit of old Bob Dylan in it.

Iggy Pop’s solo albums, “The Idiot” and “Lust for Life” are often the only ones people talk about.

However, I consider his third album, which includes “New Values,” to be his three greatest albums.

There are more songs from “The Idiot” and “Lust for Life” in my 10 selections, but if I were to choose 20, there would be many songs from “New Values”.

This album has a nice grain to it, which is rare for Iggy.

If you’re asking me if Iggy has a lot of bad songs, I’m afraid you’re right.

But this is a man who has a very high ceiling, even if his average is not high.

And I don’t really look for high averages in my music.

I was expecting him to be more of a performer, but I was surprised to find out that Iggy can write good songs too.

This is an unusually high-tension song in “The Idiot,” which has a heavy, gloomy atmosphere.

It is inevitable that Bowie’s influence would be felt in the creation of the sound at this time.

This is because it was written and produced by Bowie, and the members who played on the album were the same as Bowie at that time.

Incidentally, Bowie released his famous album “Heroes” in the same year that this album was released.

This is the middle of the Berlin Trilogy.

Incidentally, “The Idiot” and “Lust for Life,” both with David Bowie, were released in 1977.

It seems that Iggy and Bowie’s creative spirit was at its peak at that time. 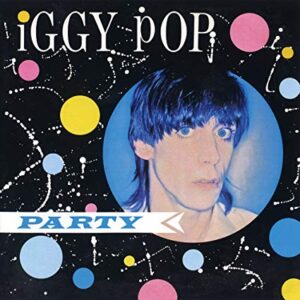 This is a song from my Arista days.

During the Arista period, I got off to a good start with “New Values”, but after that, things went wrong.

This was a period when the general evaluation was very low.

I have often argued in this blog that there are good songs even in this period of low reputation, and have actively introduced songs.

However, to be honest, I can’t really defend “Soldier,” the album that preceded this one.

The next album, “Soldier,” was a little better, but still not as good as the first.

However, I found some good songs. It’s something to listen to again without giving up.

This song is a strong rock number with Iggy in the background.

The guitar riff is especially nice.

Iggy’s vocals go well with the rough and aggressive guitar.

The guitars sound a little like Guns N’ Roses’ Slash.

“It’s a great song that makes you want to say, “Iggy is good like this.

This is another song with great guitar from the intro.

Iggy is not what you would call a good vocalist who is good at singing melodies.

He is a vocalist with a wild side that embodies rock.

He is like an athlete who is inferior in technique, but can outdo those with superior technique with his physical ability alone.

He is a vocalist with a very large scale.

Even if someone else sang this song, for example, it would be difficult for them to compete with Iggy.

He’s like an entertainer who came from a professional wrestling background, and his wild but charming personality is probably the reason why people love him.

This song was also selected from “Lust for Life” as before.

In the end, four songs from this album made the list.

This is the kind of bias that sometimes occurs when you’re trying to pick the best songs.

The appeal of this song is almost the same as that of “Some Weird Sin”.

But this one is more dramatic in sound.

The tension is maxed out from the intro.

The title of the song is “Neighborhood Menace,” which means that there is a crazy man living in the neighborhood. I want to ask Iggy, who was rolling around naked on the shards of broken glass with blood all over her body, how she can sing about being careful of a crazy man.

Maybe I should just soak up the frenetic atmosphere of this song instead of thinking about it.

Now here comes the song that may be a little bit selective.

However, for some people, this song could be number one.

I think there were many relatively catchy songs up to No. 8, to varying degrees.

However, there are many people who don’t know what to listen for in this song.

It may be a little difficult for rock beginners.

I’d be happy if you try it and listen to it.

The song has a strong Bowie-esque coloration, and it doesn’t feel like Iggy’s music to begin with.

It’s a song where the sound is clearly dominant, but it’s really cool.

The heavy, downer, yet funky sound is one of the best parts of the New Wave of the time.

The vocals function as part of that sound, and the contrast between the chill sound and Iggy’s vocals, which cannot hide his enthusiasm, is remarkable. 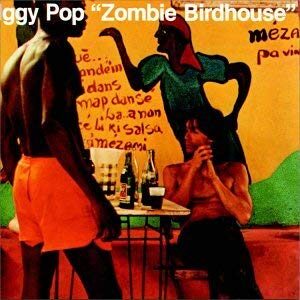 This song is even more unique.

In fact, a major part of my motivation for creating this ranking was to introduce you to this song.

“Zombie Birdhouse is clearly an underrated album, perhaps due to its unavailability.

It’s not as cohesive as most of Iggy’s albums, and not in a good way.

Among them, this song is particularly unorthodox.

It’s a reworking of the Middle Eastern elements of PIL (Public Image Ltd.) from the days of “The Flowers of Romance” in an ethno-tinged Talking Heads style.

If you like either of these bands, you won’t want to miss this one.

I didn’t realize how good this song was for many years, but one day I listened to it with headphones and realized for the first time how attractive it was.

It is a song that knocks out certain people with pinpoint accuracy, even more so than the previous song.

I wouldn’t be surprised if there were people who said, “The other songs didn’t really hit me, but this one is amazing.

For those who are into it, this song is an insanely thrilling musical experience.