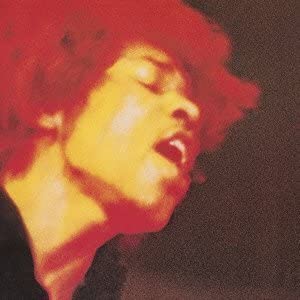 In this article, we have created a ranking of Jimi Hendrix.

This man is a rock music legend.

All of his songs leave a strong impression.

His guitar playing in particular has a lasting impact on the history of rock music.

I can recommend these songs with confidence.ｄ 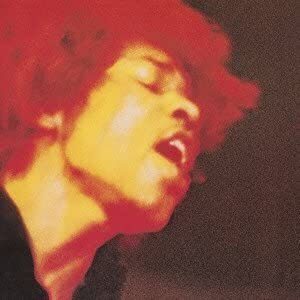 Many people may think that Jimi Hendrix is the original of this song.

The original is by Bob Dylan.

However, this cover version is very good.

Even Dylan admits that.

Dylan praised this cover, saying that “about half the rights to this song belong to Hendrix” and “this is the official finished version,” and he often performed in a style similar to this at his concerts.

Dylan is cool enough to admit it.

From the first 9 seconds of the song, the engine is at full throttle.

The guitar solos at 52 seconds and 1:43 are also full of energy from the very first note.

I almost forget that this is a studio recording.

This song is currently being evaluated as follows.

In 2000, it was voted “Best Cover Version Ever” by the British magazine “Total Guitar”.

It could be called the world heritage of rock. 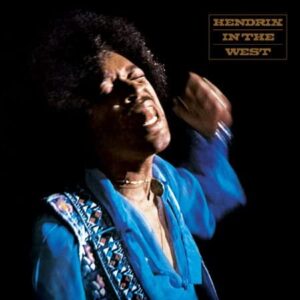 I think Chuck Berry is a great guy.

But, with all due respect to him, I think this version of the song is the best.

On a different note, be careful with this album.

There are two versions of “In The West” on this album, an older version and a newer version.

This may be a very serious problem for fans.

The reason is that the older version is said to be one of Jimi’s best albums.

I own the older version, so on the contrary, I have never heard the newer version.

If you are planning to buy this album, please pay attention to the first song.

If you are planning to buy this album, please pay attention to the first song, but if you are looking for this song, you don’t need to worry that much because it seems to be on both albums. 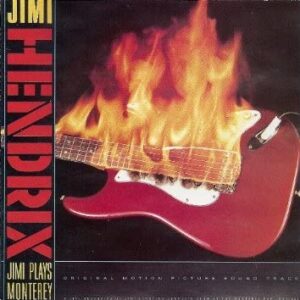 This is a selection from a live album in Monterey.

At that time, Jimi was still an unknown name in the United States.

However, there was one person who strongly appealed to the organizers for Jimi’s appearance: Paul Mccartney.

Paul insisted that he couldn’t imagine a festival without Jimi, and Jimi was confirmed.

At the time, The Rolling Stones were also a prominent presence in the United States.

Brian Jones, the leader of the band at the time, introduced Jimi as “the most exciting performer I’ve ever heard,” and it was with high expectations that Jimi appeared on stage.

This was the first song on that stage.

I think this was the first time most people heard Jimi’s music, and I’m sure they were surprised.

This song has a great intro.

The cutting of the guitar is very sharp.

At this time, he had established his reputation and was gaining creative freedom.

He produced the album himself and planned to record it as a two-disc set.

Jimi was not satisfied with Noel Reddin’s bass, and played bass on many of the songs himself.

Jimi was not satisfied with Noel Reddin’s bass playing and played bass on many songs.

Mitch Mitchell on drums was also replaced by Buddy Miles on some songs.

Incidentally, Jimi was quite a perfectionist, and one time when he played with Eric Clapton, this happened.

Hendrix and Eric Clapton had many sessions, but from Hendrix’s point of view, Clapton’s side guitar skills were not good.

Hendrix once said to Clapton, “You should play bass guitar instead of guitar,” and Clapton got angry and left (according to Noel Redding).

He may be the only person who can say that about Clapton, the guitar god. 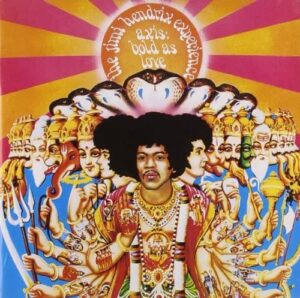 The cover version of this song by Sting is famous.

The cover version by Sting is also great, but it is not as good as the original.

I’ve covered a lot of songs with high tension, but I’m also a big fan of Jimi’s guitar in slow motion.

I also recommend the song “Angel” from “Cry of Love”.

The first thing to notice about this song, “Little Wing,” is the intro.

Jimi is a wild man, but here he plays a melodious guitar.

Jimi has a compilation called “Blues” which is a collection of blues songs.

I would also like to have a compilation of only slow songs.

I’m sure there is a demand for it. 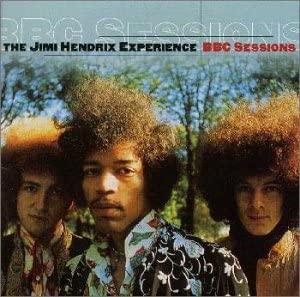 This is a selection from BBC’s live recordings.

This album is the complete version of “Radio One” which is often available.

The original song is by The Beatles.

While I admit the quality of the original song, I prefer this version.

I’ve already said that Bob Dylan, Chuck Berry, and others have surpassed the originals with their cover songs.

But that doesn’t mean that Jimi is better than them overall.

However, if we limit ourselves to the “rock and roll” genre, that is the area under Jimi’s control, and I sometimes think that no one can beat him in that area.

Fifty years after his death, he is still regarded as one of the greatest guitarists in rock history.

In May 2008, Brazilian metal magazine “Roadie Crew” ranked him as the best guitarist by HR/HM musicians[2].

He is unbeatable at rock guitar. 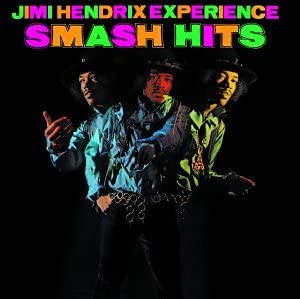 The live version of this song, Songs for Groovy Children: The Fillmore East Concerts, is my favorite.

However, that version is over 15 minutes long, and I couldn’t find a video of it, so I couldn’t feature it.

This song was written by Jimi.

You may not know much about his personality.

While he was a wild stage performer, he was also shy and reserved.

He just had a repressed side, which sometimes came out as aggressive behavior.

In the lyrics of this song, she sings about her rebellion against the things that bind her and her desire to be free.

In the early days, there are many famous songs.

Among them, “Purple Haze,” “The Wind Cries Mary,” “Foxy Lady,” and “Red House” are among the most popular.

Many of them can be heard on this best-of album.

I chose this song in particular because it was the first Jimi song I fell in love with.

By the way, he thought his vocals were not good and he was not very confident about them.

I think his voice has a lot of depth to it.

This song is one where you can enjoy the charm of his vocals. 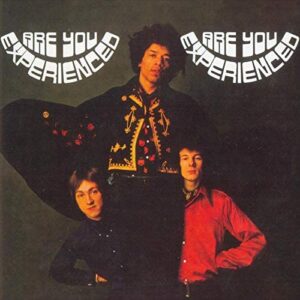 ■Song Title：Fire
■Album Name：Are You Experienced
■Video link：「Fire」
I can`t find the studio version, so I`m going to use the live version.

He is an American, but made his debut in England.

Chas Chandler, formerly of the Animals, scouted Jimi, who was then in a band called Jimmy James And The Blue Flames.

Here’s a link to a song from back then.

After coming to England, they became a little flashier in terms of sound.

His blues-based sound with lots of fuzz and wah became very popular in England at the time.

What I find amazing about Jimi’s music is his purity as a rock and roller.

His long and inspired improvisations in live performances are also wonderful.

However, I recommend that you experience Jimi’s greatness with these short songs first. 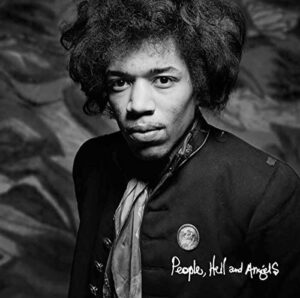 After his death, many poorly recorded albums were released.

Some of them were not only poorly recorded, but also had clearly unfocused performances that showed no respect for Jimi.

However, Experience Hendrix is now in charge of Jimi’s recordings, and the inferior albums are being eradicated.

They released “First Rays of the New Rising Sun,” which they had been working on until just before their death, to the delight of their fans.

The album contains great songs such as “Room Full Of Mirrors” and “Freedom”.

The song featured here is also from “Experience Hendrix”.

I’m glad that the sound is good, but the funk sound that has become prominent since the time of “Band of Gypsys” is very interesting.