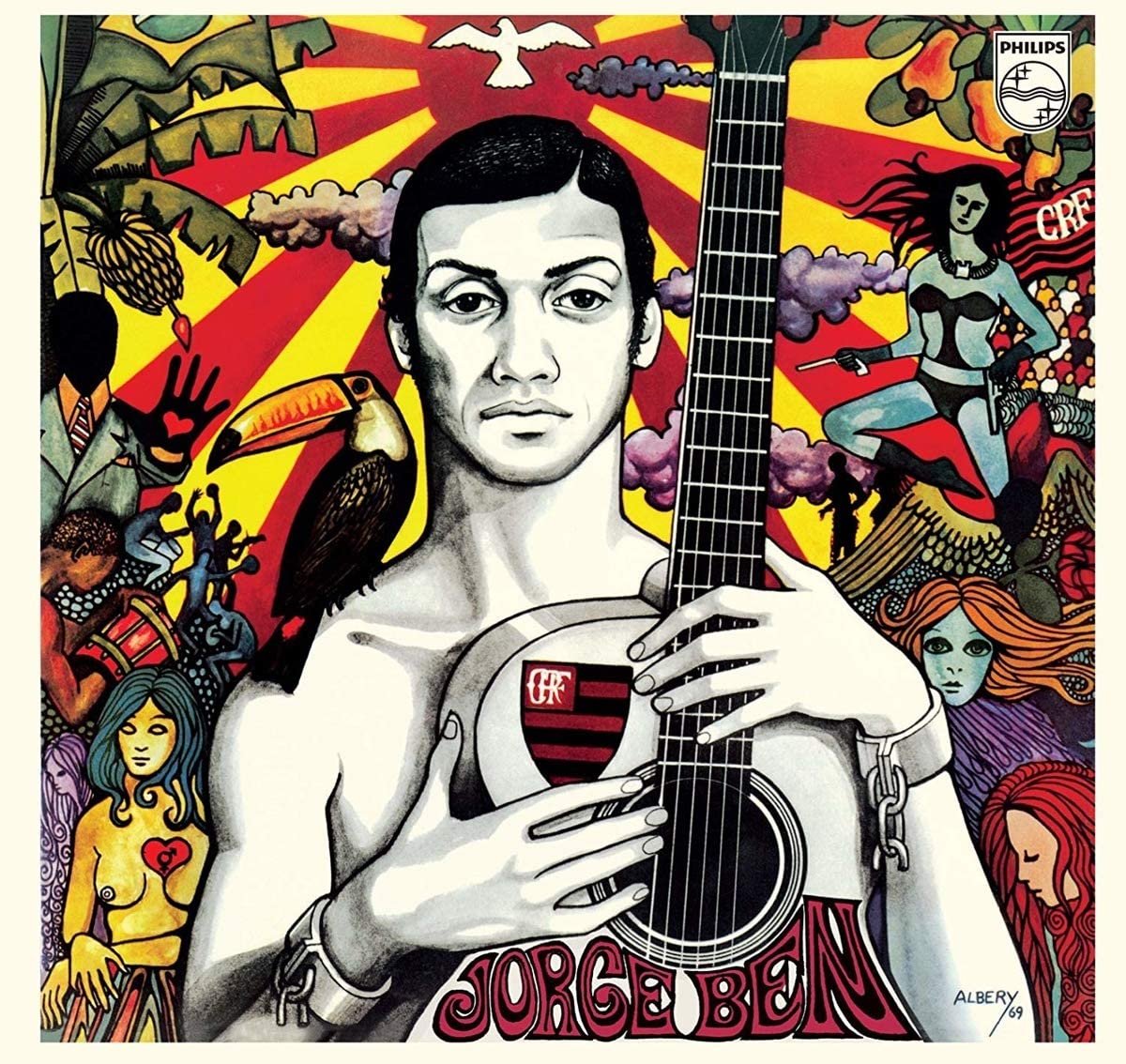 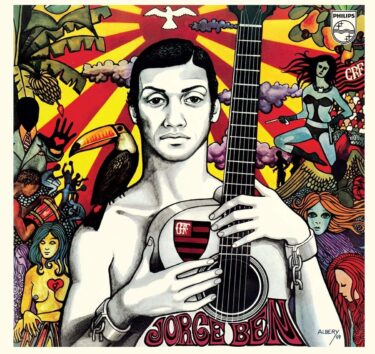 In this issue, we have created a ranking of Jorge Ben.

I think he is so famous for “Taj Mahal” and “Mas Que Nada” that many people don’t know the rest of his songs.

So I have selected songs to help you know more about this man.

I am sure you will understand why he is called the national singer of Brazil.

By the way, he has changed his name to Jorge Ben Jor.

He has changed his name to Jorge Ben Jor, but I will refer to him as Jorge Ben here. 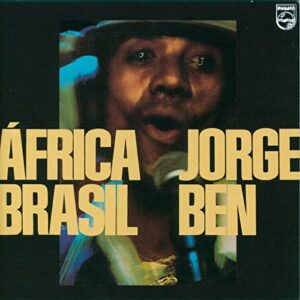 This song is known to have been plagiarized by Rod Stewart in “Da Ya Think I’m Sexy?

If he had apologized honestly and paid enough money for the settlement, it might have been over.

But for some reason, Rod sued Jorge Ben, and the story got complicated.

Africa Brasil”, which contains this song, was released in 1976.

On the other hand, “Blondes Have More Fun,” which contains Rod’s song, was released in 1978.

This means that Rod, who released the song later, accused Jorge of plagiarism.

As a matter of course, Jorge won the case in court.

Perhaps because of this case, Rod’s popularity plummeted after that. 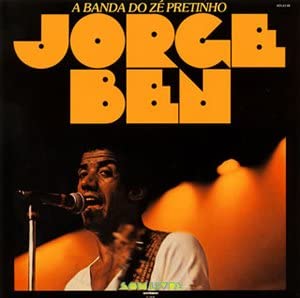 This person’s musical style differs depending on the period, but this period was called Samba Rock.

In this period, it was called Samba Rock, which means a combination of samba and rock.

In reality, however, it does not seem to have a strong rock element.

I think it would be better to call it Samba Funk.

This song is one of the best examples of Samba Rock.

In the first place, this album is very good.

If you like this song, try listening to the whole album. 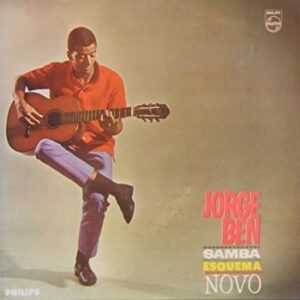 This guy started his career as a bossa nova singer.

He had a hit with this song right after his debut.

There are many covers of this song, including Sergio Mendes & Brasil ’66.

The following cover is my favorite.

As for the meaning of the song title “Mas Que Nada”, there are many theories and I don’t know which one is true.

Apparently, even Brazilians don’t use this word in their daily lives.

The lyrics say something like, “Old black samba is the best.

No.4「Oe Oe Says The Ox Cart On The Road」(Album:Live in Rio) 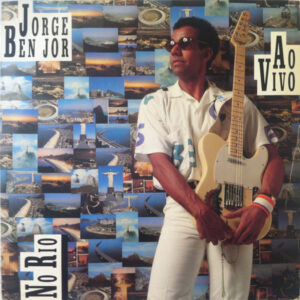 This is a selection from a live album.

This guy started out with bossa nova and gradually became more funk oriented.

This song, for example, has a funk sound, but I would like to draw your attention to the guitar on this song in particular.

This guy seems to have a very strong identity as a guitarist.

If you look at his album jackets, you will notice something.

In this sense, this album, for example, can be said to be an album jacket that symbolizes him, since he is wearing white and holding a guitar. 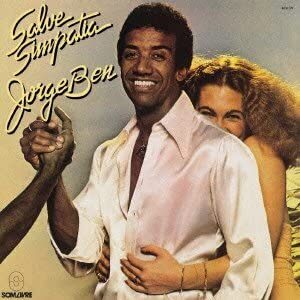 This is the song I performed with Caetano Veloso.

He wrote some great songs in the early days.

After that, in the 1970s, the standard of his songs dropped, except for a few.

This song is a very well done pop song.

Jorge and Caetano are singing a duet, and their voices are a little similar.

The two of them are singing instead of each other.

The rhythm is great, with percussion that seems to have been influenced by EW&F.

In the 1970s, I think the funk color became stronger and the sound became more radical.

However, his original music is not one that relies on high tension.

This album, for example, has a relaxed charm to it.

There are no overwhelming songs on this album, including this one.

But as you listen to it over and over again, you will gradually understand how good it is.

I think it’s a great album, though it’s not so great.

This is another song that you can easily enjoy.

This guy is a master of percussive guitar like Joao Bosco.

His guitar playing is very appealing with its wildness and instantaneous sound.

But even in such restrained songs, the guitar playing is still excellent.

This song, for example, has a wonderful guitar playing with a pleasant rhythm. 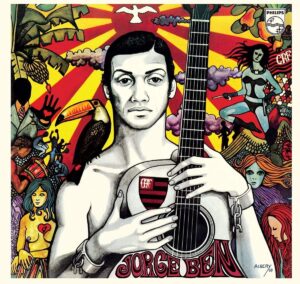 He is too famous for his two most famous songs.

You may not be able to think of a Song Title for any of his other songs.

I think this song and the next one are probably his third and fourth most famous songs.

This song is covered by Astrud Gilberto.

In the lyrics, Jorge is telling his brother Charlie to “take it easy and enjoy life.

Incidentally, the album jacket has the emblem of Flamengo, a Brazilian soccer team on it.

Actually, Jorge was a member of Flamengo’s junior team.

He has been a big fan of Flamengo ever since.

Perhaps the reason he is called a national singer is because he shares the same attitude of enjoying soccer and music.

The first album tends to be focused only on “Mas Que Nada”.

This song is another great song from the same album.

Maybe it’s because she was young at that time, but her singing style is different from later.

The year before that, Antonio Carlos Jobim wrote “Garota de Ipanema”, and in 1963, he wrote “Agua de Beber”.

This was the heyday of bossa nova.

It was during this period that he made his debut.

He was scouted when he was performing at a famous bossa nova club, and this song was already being played there.

If he was singing this song at the club, I can see why he was scouted. 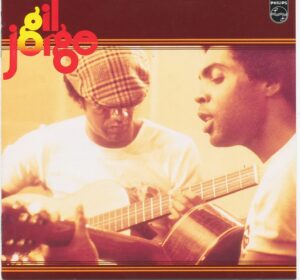 This song was originally intended to be introduced higher up in the list.

However, the tension is too high and the song is too long, so I thought it would be better to put it last.

When you finish listening to the end of about 10 minutes, you will feel a little sense of accomplishment.

In the 1970s, his guitar cutting became sharper.

This song is one of the best examples.

This song is a collaboration with Gilberto Gil.

The two of them are strumming their acoustic guitars and clashing their personalities.