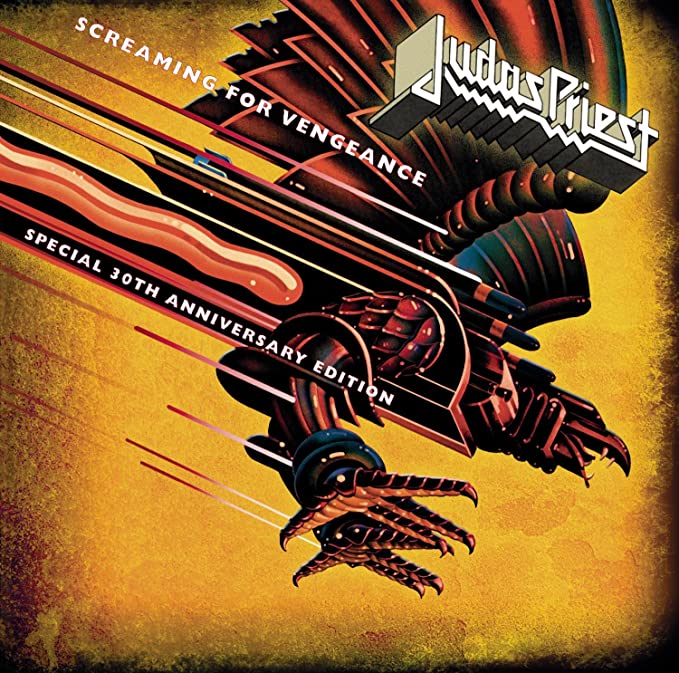 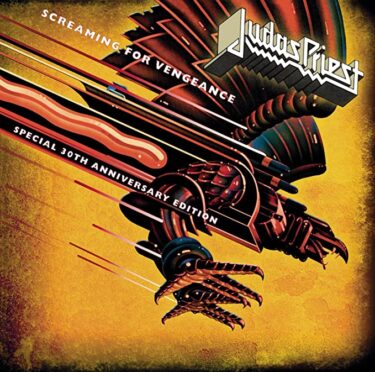 In this article, we have created a ranking of Judas Priest.

This band is one of the best heavy metal bands out there.

They are called the “Metal Gods”.

If you listen to these 10 songs, you will understand why they are called that. 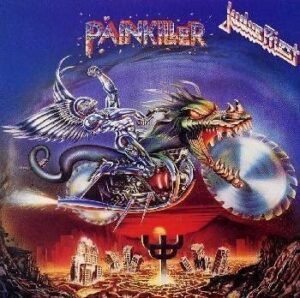 At this time they were involved in a court case.

They were involved in a court case in which their son committed suicide because he listened to their music.

It is said that if you play one of their songs backwards, a suicidal message is played.

However, in the court case, the band won the case because the message could not be confirmed by playing the song backwards.

In case you misunderstand, they are just playing those characters.

Just like horror movie directors and actors are not sick or murderous.

Their images are created through trial and error, and their fans love them for it.

On this album, Scott Travis from Racer X joined the band.

When I hear him play the intro drums, my blood boils. 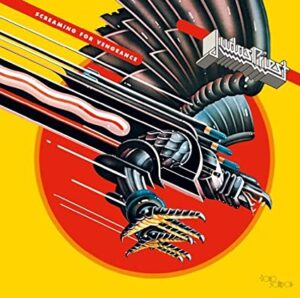 I’ve lumped two songs together, “The Hellion” and “Electric Eye”.

The Hellion” and “Electric Eye” are two songs that are worth listening to together.

Metal is all about change of pace.

In this song, “The Hellion,” the guitars ring out loudly, foreshadowing the next dramatic development.

After a short break, “Electric Eye” takes a fast turn.

At the time, the band seemed to be thinking of selling themselves with an electric image.

This song achieves a great deal in that direction.

These are two songs that I have cherished listening to over the years. 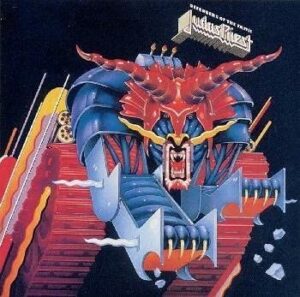 I don’t disagree with that opinion.

In particular, “Screaming for Vengeance” and “Defenders of the Faith” are masterpieces.

The appeal of this period is the dramatic development of the songs, Rob’s high-toned vocals that create the drama, and the twin guitars that sing like crazy.

I think this song is one of the best examples of this.

The lyrics are about people living in a tough world.

Got a mind that won’t bent” is a cool lyric. 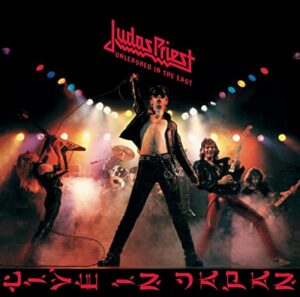 The original version of this song can be found on “Stained Class”, which is highly regarded as one of the best early albums.

The album is often chosen as one of the best by older fans.

However, the recording of “Stained Class” is not so good.

So I decided to focus on the more powerful live version.

They were starting to sell little by little, but at the time of “Stained Class”, they had not yet broken through.

However, with the release of this live album, they took a big leap forward when they entered the top 10 of the UK charts for the first time.

In both “Stained Class” and this live album, this song is placed as the first track.

In both “Stained Class” and this live album, this song is placed as the first song, which may be a prediction of their future direction.

Their Album has a great song as the first track.

The only exception to this, by the way, is “Turbo Lover” from “Turbo”.

Other than that, you won’t be disappointed.

This song is also the first track.

The first thing to listen to is the part at about 1:52 where Rob is singing fast along with the guitar.

The next highlight is the twin guitars of Glenn Tipton and K.K. Downing starting at 2:49.

This is a song that encapsulates the wonder of metal. 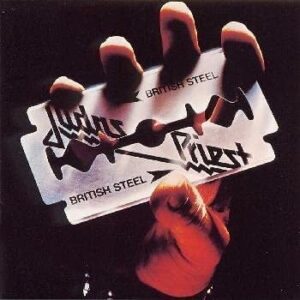 The album reached #4 on the UK charts, but it is also very rich in content.

Incidentally, their nickname “Metal God” is taken from the song “Metal Gods” on this album.

This song starts with a driving guitar.

They had a lot of short songs in this period, such as this one, which is around 2 minutes long.

Also, I would like you to watch the video above for this song.

You can see their performance as bank robbers.

Even the security guards who are supposed to be protecting the bank are somehow getting into a groove with their song, which is very funny. 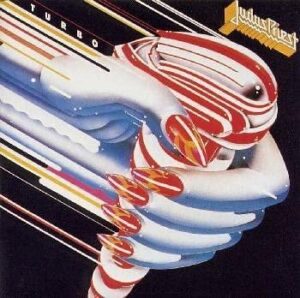 When this album came out, many people were disappointed by the first song, “Turbo Lover”.

Perhaps they were referring to Van Halen’s success with “Jump,” which boldly introduced synthesizers.

However, I think many people were saved by the fact that the second song was this one.

I think what the fans want from them is a hard line like this song.

This song has a great chorus and their signature twin guitars are brilliant. 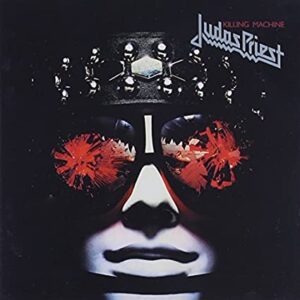 This is a selection from an album released in 1978.

Like “Breaking the Law,” which I mentioned earlier, this song is also two minutes long.

At 1:36, there is a guitar solo that makes me think of Ritchie Blackmore.

Even though it’s short, they do their job well.

They were also trying to figure out how to create their own image as well as their music at that time.

It was around this album that they started to use the leather fashion that would later become their trademark.

The song title also has the keyword “Leather” in it.

Before that, their fashion was not very consistent, and sometimes they wore clothes like an idol band.

You can tell from their jackets that they decided to appeal with a strong image. 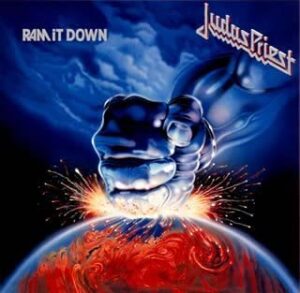 This album is also generally unpopular.

Perhaps the cover of “Johnny B. Goode” made it unpopular with the fans.

But what about this song?

I had a hard time deciding between this song and the title track of the album.

Even if you only buy one of them, you will be glad you did.

This song also has a great intro like Dio’s “We Rock”.

By the way, Wikipedia says that the drums on this album are not synthesized.

It’s true that the drums in this song sound a bit mechanical.

Also, it may be a little too fast, if not impossible, for a person to play.

Incidentally, they have released four live albums since then, but this song is not on any of them.

It may be a difficult song for humans to reproduce. 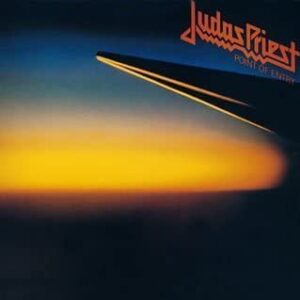 This album is even more problematic than “Turbo”.

This album is even more problematic than “Turbo”, as it is designed to be easy to listen to in order to target the huge American market.

This album was not well received, and sales in both the UK and the US were lower than the previous album.

It may be a little sad to see the sales drop after aiming for the top line.

However, some of the songs are on the same track as before, like this one.

In the video above, it starts with a scene where the members are exercising with their upper bodies naked in some kind of gym.

The scene at the end, where they are performing enthusiastically with their microphones and instruments on fire, is comical and enjoyable.