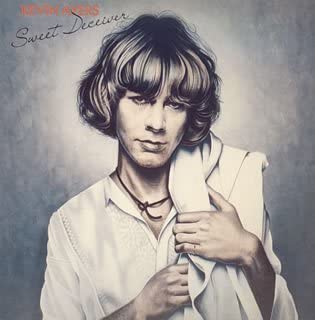 In this issue, I have created a ranking of Kevin Ayers.

I don’t think this man is inherently universally accepted.

His avant-garde early albums may not be accepted by 9 out of 10 people.

However, he is the type of person who will be enthusiastically supported by the remaining one.

I hope that his appeal will be conveyed to as many people as possible. 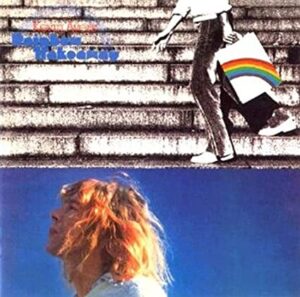 I prefer the first three albums, but other than those, this album is my favorite.

The previous album was already a pop album, but this album is even more so.

The man behind this is producer Anthony Moore.

Anthony is a member of a band called Slapp Happy, and is well versed in both avant-garde and pop music.

This album has some easy listening songs like this, but it also has more experimental songs like “A View from the Mountain”.

Start with this easy listening song and enter his world. 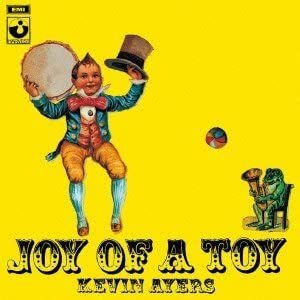 This album is her debut album.

Generally speaking, “Joy of a Toy Continued,” “Girl on a Swing,” and “The Lady Rachel” are the most well known songs.

I think they are all great songs, but if you are new to the band, I recommend this one.

It’s relatively easy to listen to and not as crazy as Song Title.

Kevin was a former member of Soft Machine, one of the most popular Canterbury Rock bands.

He seems to have left the band amicably, and the Soft Machine members support him on this album.

First of all, Robert Wyatt’s drumming is wonderful.

The interplay between David Bedford’s piano and Mike Ratledge’s Hammond organ at 3:05 is also great.

He started playing more pop songs in the late 1970s.

In this song, Graham Preskett’s violin is very graceful.

This album is titled “Rainbow Takeaway,” but if you look at the album jacket, you will see that it has a rainbow printed back.

The composition of the jacket is also a little strange, as the top and bottom are split and reversed.

I think it’s typical of this artist that he doesn’t seem to know the extent of his calculations. 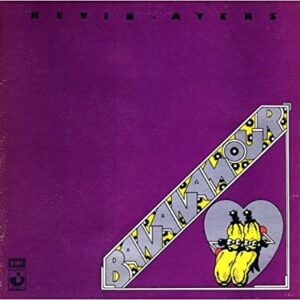 Incidentally, this album contains a song written for a musical called “Banana Follies”.

So the theme was originally bananas.

But in this person’s case, it wasn’t bananas by chance.

He loves bananas so much that he can’t seem to get enough of them.

He calls out “banana” in the song “Mr. Cool,” and there is also a song called “Guru Banana.

By the way, the name of the production company he runs is Banana Productions. 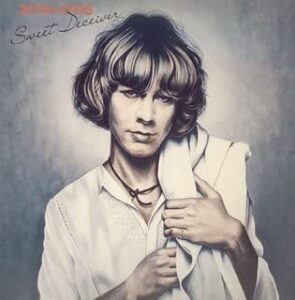 He has moved to the major label Island Record since his last album.

However, his last album, “The Confessions of Dr. Dream and Other Stories,” seemed to have lost its direction.

On the other hand, this album has established its direction.

The rich budget is also evident in the collaborators.

This song is the last song on the album, but it also suits the bossa nova style of music. 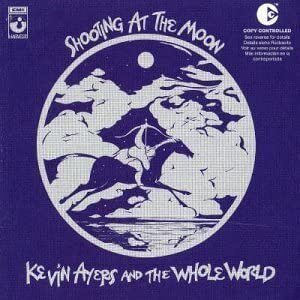 In his early days, he was what we call psychedelic pop.

His early songs were avant-garde pop with an introverted, downer appeal.

It was kind of closed off, but it was also very intimate.

For example, take a listen to this song from 1:47.

I love this kind of pessimism, but I’m a little hesitant to recommend it to others.

The band that supported him during this period was called The Whole World.

Mike Oldfield was also a member of the band, and he plays acid-folk-like guitar on this song. 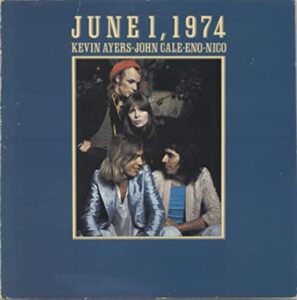 This album has gorgeous members.

I feel that they gathered people with the same image.

I especially recommend Nico’s cover of The Doors’ “The End”.

Perhaps the intention was to get fans of Nico, John Cale, and Brian Eno on Kevin’s side.

Kevin uses all of the B-sides, and they are all substantial songs.

Ollie Halsall does a great job at 3:01 on this song as well.

Ollie was originally a guitarist in a band called Patto.

Ollie was originally a guitarist in a band called Patto, and he was Kevin’s partner in sound in the late 1970s. 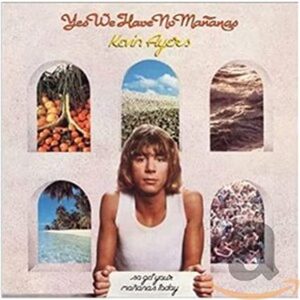 With this album, he returned from Island Records to Harvest Records, where he had originally worked.

His music is often described as Strange Pop.

This song is also pop, but it doesn’t seem to be aimed at the general public, does it?

The intro is not catchy, but as a commercial pop song this is a fatal error.

However, if you become a fan of this person, you will find that part attractive. 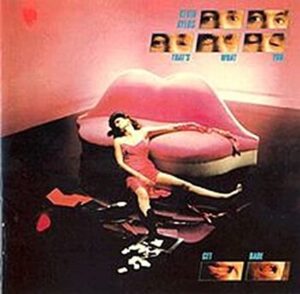 Now, let’s start with the album that was released in 1980.

This album has a more rock-like sound.

Incidentally, I have never heard of their next album, “Diamond Jack and the Queen of Pain.

It’s just said to be a bad album, and even though the CD has been out of print for a long time, it’s not easily reissued.

I guess this album is the end of the line.

Graham Preskett’s mandolin is featured heavily in this song. 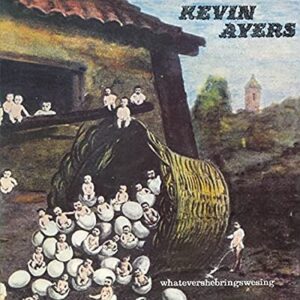 This song is called “Whatevershebringswesing”.

If you split the words, it’s “What ever she brings we sing”.

In this song, he also sings that we should drink wine and have a good time.

This man is a bohemian at heart, and he first set out on a wandering journey when he was 16 years old.

He was 16 years old when he first went on a wandering trip and lived as a free man, wandering around the world.

He may have spent his life as a traveler.

Here is a quote about his end.

I think he was on fire to the end.