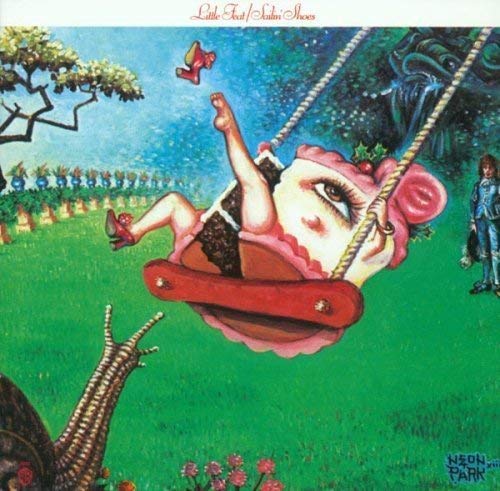 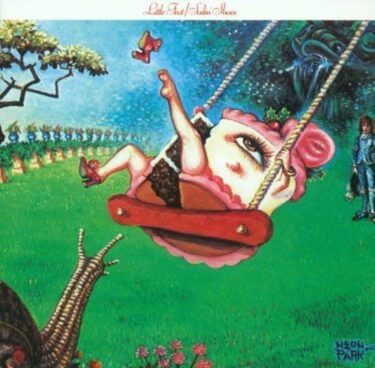 This time I created a ranking of Little Feat.

I divide this band into three periods.

First, the early days when Lowell George was in control until “Dixie Chicken”.

Secondly, the middle period when Bill Payne and Paul Barrere were in charge, including “Feats Don’t Fail Me Now,” “The Last Record Album,” “Time Loves a Hero,” and “Down on the Farm.

Finally, the latter half of the period from the reunion of “Let It Roll” to the present.

This time, I’ve selected songs mainly from the early period.

If you like what you hear, please check out the rest of the album. 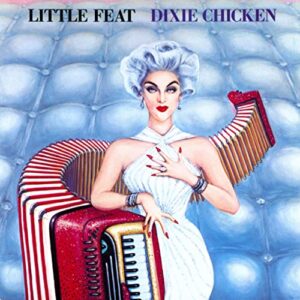 Their music has changed a lot since this album.

The point is the introduction of American southern music.

In this song, you can hear the piano in the introduction.

Another thing that shows the influence of southern music is the thick female chorus.

The female chorus is also quite prominent in this song.

The band is from California, so they are not a southern band.

Maybe that’s why this line was limited to one album.

However, the Southern music of strangers has been very successful. 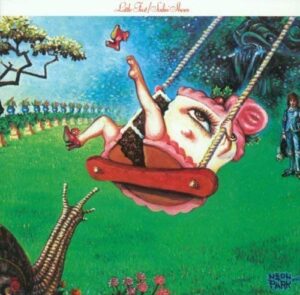 Lowell George, who wrote this song, was a member of “The Mothers of Invention” led by Frank Zappa.

Lowell wrote this song while in that band and played it to the drug hating Frank Zappa.

As a result, he rejected the song on the grounds that it was about a drug courier driver.

He was fired from the band.

So he formed Little Feat and recorded this song on the first Album.

He also reprised the same song on the second album.

Lowell George seems to have been very particular about this song. 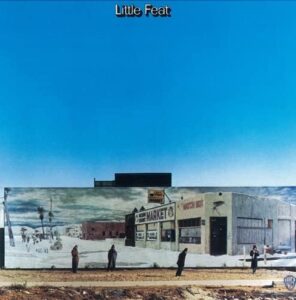 Like “Willin’,” this song is about a truck driver.

This one is about a truck driver who falls in love with a woman who works at a “Truck Stop”.

I looked into Lowell George’s background to find out why he is so obsessed with trucks.

It turned out that he was working part-time at a gas station.

Perhaps this song was written based on his memories of that time.

Incidentally, the version of this song covered by The Byrds in “Untitled” is famous.

Despite the inclusion of such a famous song, this album may be underrated.

Another great song, “Crazy Captain Gunboat Willie,” is also included in this album.

Some people refer to this band as America’s The Rolling Stones.

Indeed, the songs “Sailin’ Shoes” and “Dixie Chicken” have a lot in common with the Stones.

The song “Dixie Chicken” may have been inspired by “Let It Bleed.

The song “Roll Um Easy” reminds me of “No Expectations”.

Also, the intro of this song is similar to the guitar of “Street Fighting Man”.

Also, from this album, NeonPark started to do the album cover, which can be said to be their trademark.

This was probably an imitation of Frank Zappa’s use of Neon Park for “Weasels Ripped My Flesh”.

This song is about a real cafe.

In addition to this song, I think there are many other songs on this album that have gaps in the sound.

For example, you can listen to the first 30 seconds of this song.

It’s as if everyone is having a meeting to make sure they don’t fill the sound space.

The gaps in the sound create a musical space that stirs the imagination.

This song makes me feel as if I am watching a mini-theater movie with good taste.

They have changed their lineup for this album.

They added a new guitarist, Paul Barrere, and a new percussionist, Sam Clayton.

This change hinted at the direction they would take in the future.

Paul is a man with a broad background, not only in rock, but also in jazz and Cajun music.

Paul immediately participated in the songwriting process for this Album, and also wrote a great song for the next album, “Feats Don’t Fail Me Now,” called “Skin it Back,” which represented the latter half of the album.

He was a key person in the later fusion rock line.

Also, I think the reason why they brought in a percussionist was to emphasize the rhythm.

In fact, the percussionist plays an active role in this song.

Roy Estrada was replaced by Kenny Gradney on drums.

This song seems to have benefited from these changes.

Lowell George had formed a band called The Factory before joining Zappa’s band.

Here’s a link to the soundtrack.

Lowell George, on the other hand, was interested in shakuhachi, sitar, etc., and also liked West Coast jazz.

He is a person with an omnivorous background.

When they signed with a record company, they were put off by the fact that their music was so disparate.

So they rearranged their musicality a bit and were finally able to win a contract with a record company.

The result is this first album. 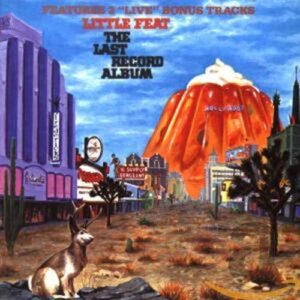 This time, I’ve only included songs from the third album.

This is the only song from the rest of the album that I’d like to introduce.

I don’t dislike the later albums, but I don’t think there are many songs that I can rave about.

This may be due to the change in emphasis from songs to performance.

For example, “Romance Dance” from “The Last Record Album” is a great performance.

However, I feel that the music could be a little better.

This song and “All That You Dream” are some of the better songs.

At this time, Lowell George is not as present as he used to be, and he seems to be one of the members.

Apparently, this was due to his poor health caused by drugs.

I mentioned earlier that this album is influenced by southern American music.

Specifically, it is said to be strongly influenced by New Orleans music.

The music of New Orleans has a unique rhythm called the second line rhythm.

If you listen to the intro of this song, you will understand what kind of rhythm I am referring to.

If you like this song, you might want to listen to Allen Toussaint, Dr. John, or The Meters.

But this band also had their own unique charm.

It was Lowell George’s slide guitar.

His slide is also active in this song.

After “Dixie Chicken”, they started to play more like a fusion band.

In terms of performance, the songs after “Dixie Chicken” are probably better.

In making this ranking, I considered including more of the later songs.

In the end, however, I decided to convey my own idea of Little Feat rather than the diversity of the songs.

As I mentioned earlier, one of the reasons is that no matter how good the performances are in the later period, the songs are less attractive.

But more than that, I wanted to focus on the depth of flavor of the early period.

For example, the emotion in this song is wonderful.