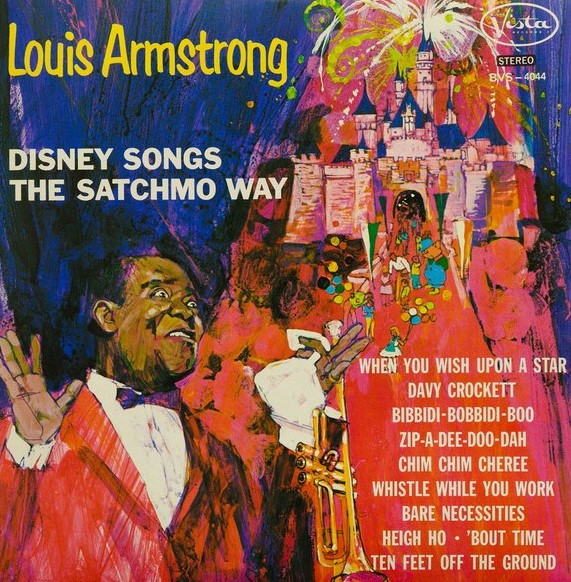 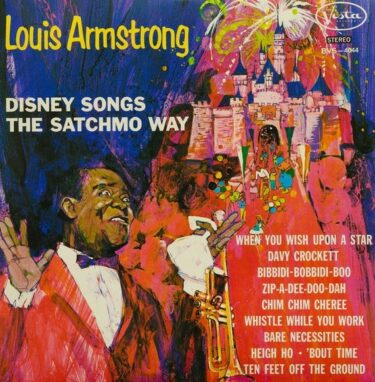 In this article, we have created a ranking of Louis Armstrong.

This guy has been active since the 1920s.

But this time I focused on his vocal music.

His appeal is his receptiveness.

These are the songs that make people feel relaxed and make them smile. 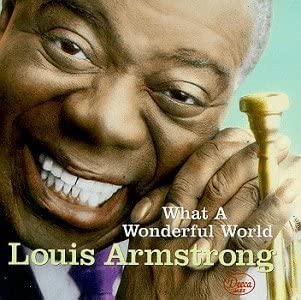 Everyone knows this song, but he has many other good songs.

I just felt that this song had to be number one.

Well, this song was written by Bob Thiele, a famous jazz producer.

It was originally written as a lament for the Vietnam War.

The lyrics of the song, which extol the virtues of a troubled world, may have been different from reality.

Perhaps the lyrics were meant to appeal to the fact that reality was not the way it was.

And that message comes through because he is a sincere Louis Armstrong.

No.2「When You Wish upon a Star」(Album:Disney Songs the Satchmo Way) 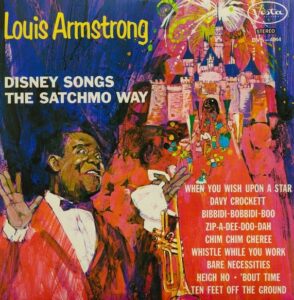 In this album, I’ve only featured Disney songs.

At the time, Louis was suffering from an illness and was unimaginably thin.

The reason he was so thin was because he was on a diet.

The reason he was so thin was because he had been dieting, but dieting while sick must have been very difficult for him.

However, Disney’s executive at the time said of Louis, “He was very thin, but he was full of energy.

This song was used in “Pinocchio” and it says, “Ask the stars, and your dreams will come true.

He remained an entertainer to the end. 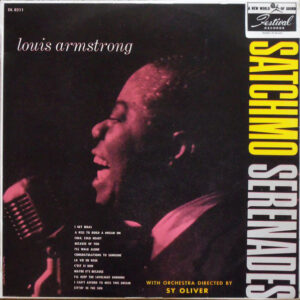 This song is a famous chanson song by Edith Piaf.

The only thing comparable to Piaf is Louis Armstrong’s version.

It begins with his trumpet playing.

He sings without breaking the melody of the original, but the orthodox interpretation of the melody is typical of him.

This is a very calm song.

He sings in a way that makes you feel happy.

In terms of performance alone, I think the 1920s was the heyday.

I think the album “Essence Of Louis Armstrong” from 1928 is particularly wonderful.

It’s hard to find, but if you do find it, you should buy it.

I think this album is one of the best in terms of vocals alone.

This song is a chanson song recorded in 1950, and the lyrics are still positive.

I can’t believe it

I can’t believe you loved me so much.

That’s what the lyrics say. 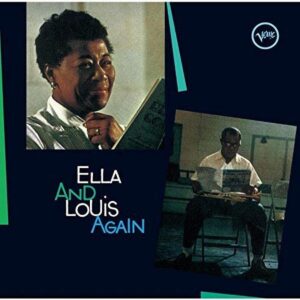 Louis is one of the best male jazz vocalists.

If there is any female singer who can match him, it is Ella Fitzgerald.

She is known as the “Queen of Jazz.

Incidentally, Louis Armstrong was also called the “King of Jazz”.

In other words, in this song, the king and queen of jazz are dueting.

There is a theory that Louis’ nickname “Satchmo” was named after Ella’s teasing about the size of his mouth, “Such a mouth”.

Listening to the two of them sing makes me think that such an episode might be true. 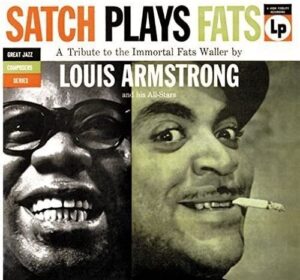 He has a great album called “Plays W.C. Handy”.

W.C. Handy is a composer who is known as the father of the blues.

Let me introduce one song from that Album.

The album was very well received.

This album was released as a sequel to it.

Fats Waller is an old-time jazz pianist, and this album features his music.

Both Louis and Fats are cheerful and humorous, and they may be similar in their qualities. 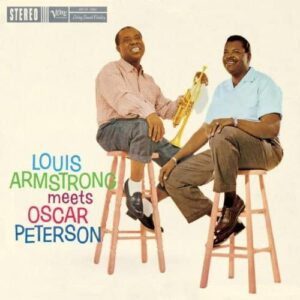 He has performed with many big names.

One of his most famous albums is “The Great Summit,” in which he played with Duke Ellington.

His partner on this album was Oscar Peterson, a great pianist of modern jazz.

Louis’ trumpet is also in great form in this song.

His vocals are just one of his charms.

I think I understand what Winton is trying to say.

If the technique was only difficult, Winton could imitate it.

But Louis’ trumpet is not difficult in terms of technique, but his feeling is unique.

I don’t think it is something that can be imitated. 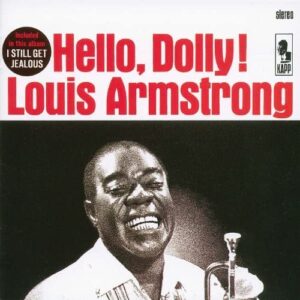 This song is one of the most famous songs and is a hit.

When this song was released in 1964, the Beatles were very popular in the United States.

At that time, Beatles’ songs dominated the singles chart for three months.

This song stopped that record of consecutive number one singles.

Louis was 63 years old at the time.

It is true that Louis Armstrong’s popularity was very high at that time.

Incidentally, the famous LIFE magazine also made this evaluation.

He was selected by LIFE magazine in 1999 as one of the 100 most important people in the world who have made significant achievements in the last 1000 years.

He became a goodwill ambassador for jazz in later years.

No.9「On The Sunny Side Of The Street」(Album:Louis Armstrong At Town Hall) 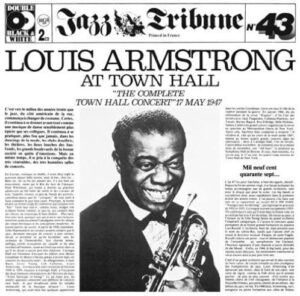 His life was not an easy one.

He was born in the favelas of New Orleans in 1901.

He quit school at the age of eleven and took to singing in the streets to earn money.

He then bought a cornet from a pawn shop and quickly made a name for himself.

He became very popular, but at that time, racism was the norm in the United States.

Louis was also unreasonably discriminated against, and sometimes he was not allowed to use the bathroom.

Even if he performed at a first-class hotel, he was not allowed to stay there.

But he was also looked down upon by his fellow blacks as a man who was beholden to white people.

On the other hand, he secretly funded the Civil Rights Movement, which was aiming for a world without discrimination.

Now that these things are known, there is no one to blame him anymore.

This album is his masterpiece along with “Satchmo At Symphony Hall”.

The recording is not good, but it is good old New Orleans jazz. 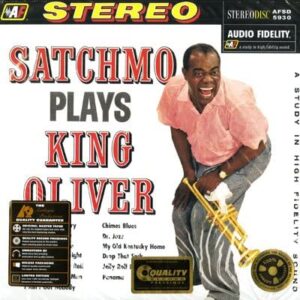 This album is dedicated to a man named King Oliver.

This album is dedicated to King Oliver, the man who welcomed Louis into his orchestra and taught him music when he was still a nobody.

This album is dedicated to King Oliver.

He has returned the favor with this album.

He is a very loyal man.

Lastly, I would like to add a very important point.

He did not invent the scatting technique used in jazz, but he is the one who popularized it.

During one of his recordings, he dropped his lyric paper on the floor and tactfully sang an impromptu scat.

A historical recording of the event has been found.

It’s hard to believe it was improvised.

His musical richness, his unconventional free spirit, his ever-present smile and humor.

I think that is his greatness.