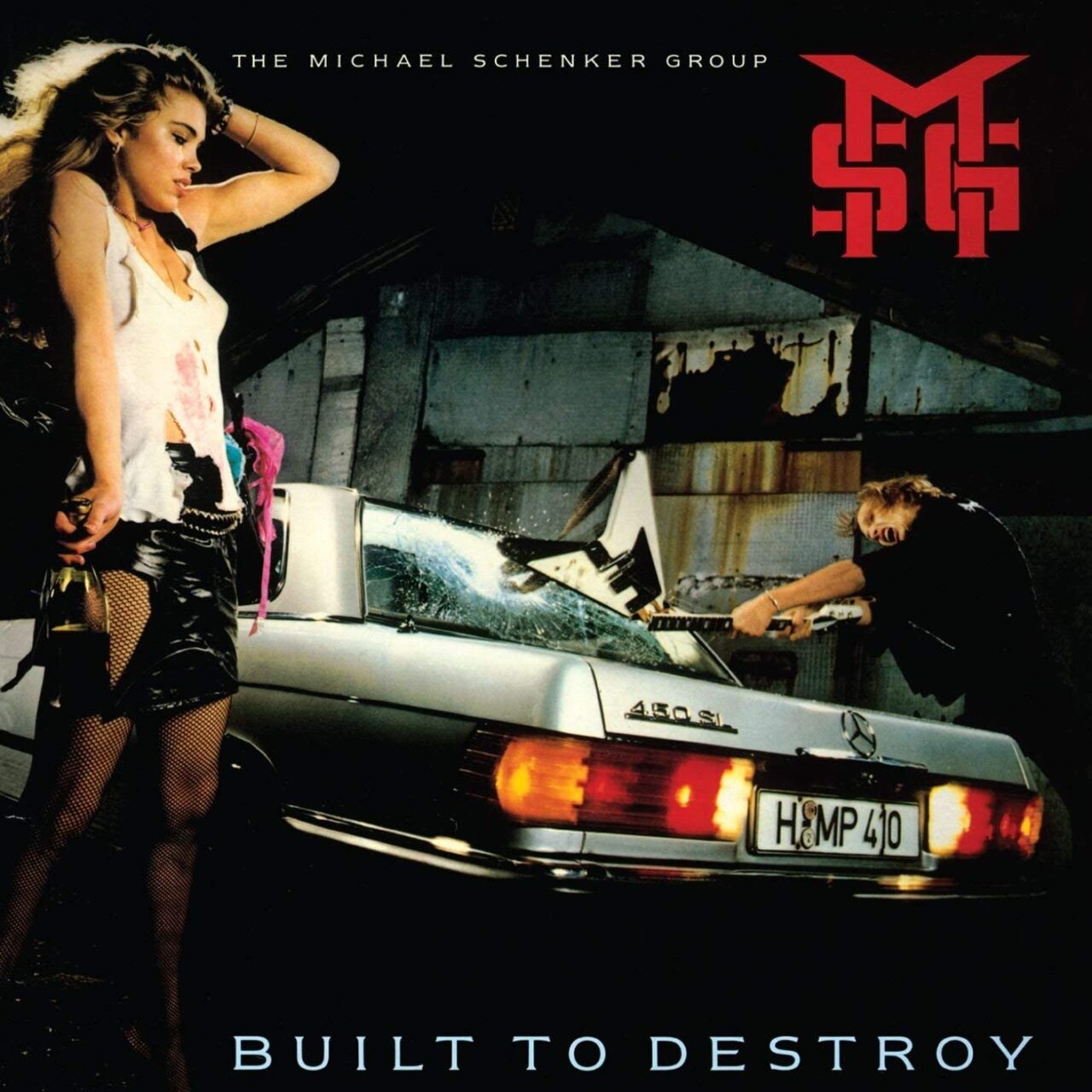 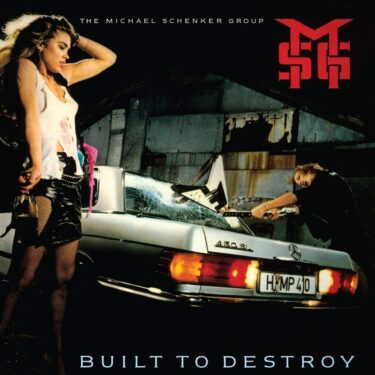 In this article, we have created a ranking of the Michael Schenker Group.

This band is all about Michael Schenker’s guitar.

He is a guitarist who is called “God” by Japanese fans.

Here is a selection of the best songs from the four legendary albums. 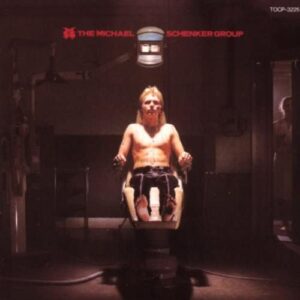 He was originally the guitarist for the Scorpions.

He was also very active in UFO, and after gaining fame, he formed his own group.

I’m not sure about the jacket by Hypnosis.

The hot guitar playing from 1:56 on has a good old fashioned rock and roll fervor to it.

Maybe it’s like the “Johnny B. Goode” that Michael J. Fox played on “Back to the Future”.

This is a song to savor the heat and drive.

The producer of this album is Roger Glover.

Like Don Airey, he was a bassist in Deep Purple and Rainbow.

However, he is probably more famous as a producer.

From the mid-1970s, Roger produced many of the greatest hard rock albums of all time.

He is a man who can bring out the best in his artists.

This album is full of good songs, but the structure of the album is excellent.

The first three songs draw you in at once, and then “Bijou Pleasurette” gives you a break.

The last song on the album is the massive “Lost Horizons,” which reminds me of early Rainbow.

This album is said to be their best work, and I think Roger’s contribution to it is significant. 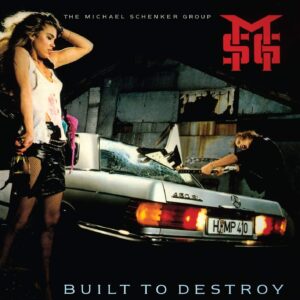 On the jacket, Michael is slamming his Flying V into a car.

Flying V is a kind of shaped guitar.

The Flying V in the photo is half-white/half-herb black, which is what the Michael Schenker model is.

These guitars are designed to look good on stage, at the expense of playability and sound.

I’ve played one, and it was definitely difficult to play.

The reason why it has become popular to a certain extent despite its many disadvantages is probably due to his influence.

I also played “Into the Arena” when I borrowed it.

Gary Burden, the vocalist, was fired from the band after the last album “Assault Attack”.

However, when his replacement, Graham Bonnet, left the band, he came back with this album.

Gary’s reputation as a vocalist is low, but his songwriting is highly regarded.

This song, for example, may be very Gary-like.

The intro reminds me of Van Halen’s “Jump”, but this one comes first.

Michael’s guitar at 3:08 is one of my favorite performances.

Now, there are two versions of this album.

I’m going to stick with the original UK version, but some people prefer the US version. 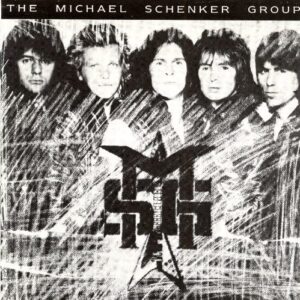 This album has a new producer, Ron Nevison.

Ron Nevison, who produced Kiss and Heart, specializes in hard rock music that would sell well.

The drummer was also changed and Cozy Powell joined the band.

However, Ron Nevison and Cozy did not get along well with each other, as they were characterized by a lighter sound.

However, this song was one of the most successful ones.

Here’s another song in the same vein.

I think this is the easiest album to listen to.

I ranked this song here because it is an instrumental, but it should have been number one.

From the beginning, the guitar ticking is very lively, but from the middle of the song, the performance changes to a more varied style.

The drummer, Simon Phillips, supports Michael precisely at that time.

Simon Phillips, the drummer, is known for his work with Jeff Beck and other musicians, and although he is not an HR/HM guy, he works well with Michael.

After Simon’s drum solo, Michael’s guitar is back.

The guitar from 2:38 is a particularly sparse part.

Perhaps this song is a modern version of Beethoven’s Ninth.

Gary Burden has sung on three of the four albums I’ve mentioned.

However, his vocals have not been well received.

Some people say he sings badly, has a narrow range, or is unstable.

But when I listen to this song, I feel that Gary’s singing is not so bad.

He’s certainly not a great singer, but at least in this group, he was working.

Gary may have a narrow range, but when he sings hard, he evokes passionate emotions in the listener.

This was the same direction as Michael’s passionate guitar.

In heavy metal and hard rock, it may be easy to appreciate those who are highly skilled.

However, by the standards of a normal rock band, there are many people who can sing worse than Gary.

This time, I have included four original albums.

In this period, there are other live albums as follows.

“One Night at Budokan”
“Rock Will Never Die”

Both of them are excellent, but I would like to recommend the original album that I am used to listening to.

Michael broke up the band after this, and teamed up with Robin McAuley to form the McAuley Schenker Group.

McAuley Schenker Group – Love Is Not A Game

It’s a good song, but it’s quite Americanized. 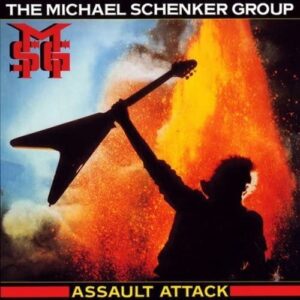 In this album, the vocalist has changed from Gary.

At first, David Coverdale was a candidate, but Michael wanted Bonnet.

Michael Schenker, Graham Bonnet, and Cozy Powell were not available.

Just like in sports, no matter how gorgeous the members are, the quality of the music may not improve.

I think the members of the first album are the most cohesive.

This album, perhaps reflecting on the previous album, is less sweet overall.

For me, this is a welcome change, but the songs may be less attractive than the previous two albums.

After re-listening to his guitar this time, I realized that it is not as technical as I thought it would be.

Modern metal guitarists are all fierce in terms of technique.

There is some fast playing in Michael’s playing, but I think there are more than him when it comes to pure speed alone.

But nevertheless, Michael Schenker must be a great guitarist.

If you listen to recent Mevy Metal, it is certainly good, but sometimes it sounds inorganic.

There is something special about Michael’s playing that you don’t find in such guitarists.

His playing is pure, driven by instinct and impulse.

This song is a taste of his guitar playing.

I think he is a guitarist whose technique alone cannot be explained.