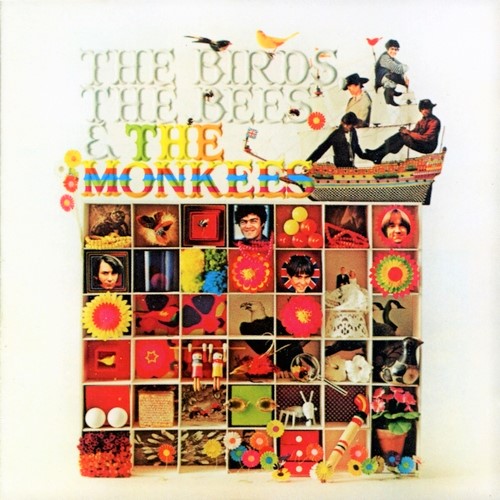 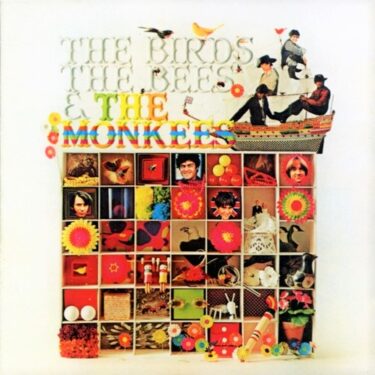 In this issue, we have created a ranking of The Monkees.

This band has a charm that cannot be contained in a mere idol group.

In the early days, they sang easy to understand pop songs as an idol group.

But later, when the members started writing songs, their artistic appeal blossomed.

Now is the time to reevaluate this band. 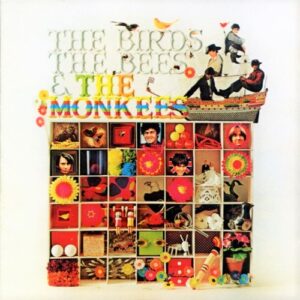 The author of this song is John Stewart of the Kingston Trio.

At first, he didn’t think the song was that good.

Even so, he tried to propose the song to Spanky and Our Gang, but it was not adopted.

The only person who liked the song was Chip Douglas, who was the producer of the Monkees at the time.

However, vocalist Davy Jones did not like the song and recorded it without being satisfied with it.

RCA Records, to which the band belonged at the time, did not think highly of the song either.

It is now their biggest hit.

Only one person, Chip Douglas, saw the potential of this song.

I think he did a very good job. 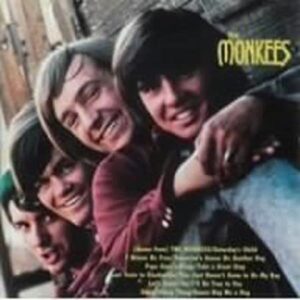 This is a selection of songs from the first Album.

Many of you may be familiar with this band from their best albums.

In fact, if you go to a CD store and look at their corner, you will find only their best albums.

However, I think they are a band worth checking out album by album.

By the way, this song has not been cut as a single.

The first album, “(Theme From) The Monkees” is also famous, but it was not cut as a single.

Well, it’s a famous song, so it’s on the best of albums, and it’s a single in Japan.

In this ranking, songs other than singles account for half of the total. 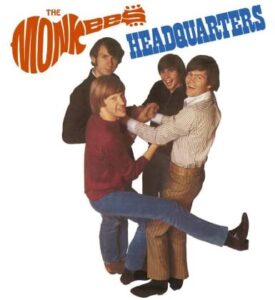 titIn the early days, they had a problem with their relationship with the producer.

The producer at the time, Don Kirshner, was not the type to take the members’ opinions into account.

One day, when Mike Nesmith found out that his song had been replaced by a single, he held a press conference and complained to the media about the producer’s outburst.

As a result, Don Kirschner was removed from the project.

As a result, Don Kirschner was removed from his position, and Chip Douglas of The Turtles took over as producer.

As a result, the range of music on this album expanded dramatically.

This song was written by Micky Dolenz.

No.4「Valleri」(Album:The Birds, The Bees & The Monkees)

I found this song on the famous garage rock compilation “Nuggets – A Classic Collection From The Psychedelic Sixties”.

The band has some songs that they played themselves and others that were played by studio musicians.

The band members are not very good musicians.

But strangely enough, even the songs by studio musicians have an amateurish feel to them.

I love the soft rock music of the same era, but much of it is more polished and professional sounding.

In their case, however, I feel that even with the participation of professionals, there is still a sense of immaturity.

I feel I see their essence in their clumsiness.

Perhaps that’s what Lenny Kaye was looking for.

He included them in a garage rock compilation even though they were seen as nothing more than idols. 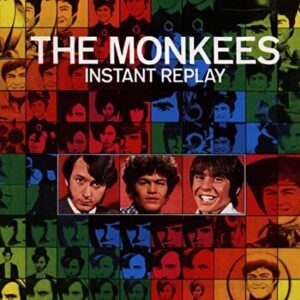 This song was written by Paul Williams.

It is probably more famous for the version that Paul himself reprised.

Usually, we don’t put much of a message or authorship into the songs we offer to others.

However, in this song, Paul put his own point of view in the lyrics.

He says, “I’m not in a hurry, and I hope I can find a reason someday. 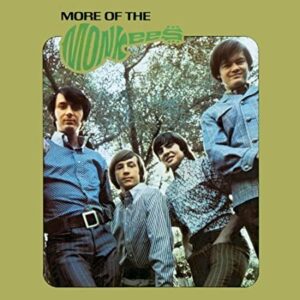 This song is famous for being covered by the Sex Pistols.

I thought this version was the original, but I guess Paul Revere & the Raiders did it first.

I think the reason why this song was covered by the Pistols was because of the lyrics as well as the charm of the song.

But I am surprised that they, as idols, were singing such a song.

There are traces that they hated themselves as idols.

They later released a soundtrack for a movie called “Head,” and the album was quite experimental.

They have an unconventional charm.

In talking about their early days, we cannot forget the contributions of Tommy Boyce and Bobby Hart.

In the early days, the Monkees received songs from many different people.

Among them, these two were the ones who contributed the most decisive songs.

Here’s a list of the songs they contributed from their first two albums.

It turns out that most of their early songs were provided by them.

Tommy Boyce and Bobby Hart have done an excellent job with their own album.

If you like the early Monkees, check them out too. 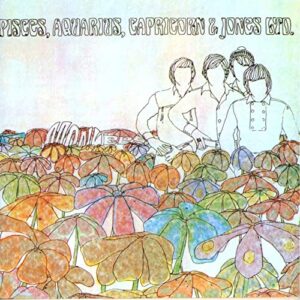 This was the time when their personalities started to emerge.

This did not adversely affect their sales, and they were able to keep up with the times.

When that happens, whatever you do will work.

At that time, they were trying to expand their world, but the unorganized feeling was appealing.

They have been re-evaluated often.

The secret may be due to the diverse appeal of their music.

This time, I have selected songs to introduce the various aspects of the band.

At this time, the band was entering a slow period.

This album also reached only #32.

Moreover, the songs on this album had been recorded two and a half years earlier.

Maybe that’s why the gap with the times is starting to surface.

After this, they released some ambitious works such as “The Monkees Present” and “Changes”, but their stagnation could not be stopped and they broke up.

One of the most interesting things they did after that was “Then & Now…. . The Best Of The Monkees”.

The Monkees-That Was then This Is Now

They are a band that was originally selected by audition for a TV show.

So it started out as a TV project.

Apparently, they were trying to create an American version of the Beatles.

The audition was attended by 400 people, some of whom would later become big names.

Among the auditionees were Paul Williams, Stephen Stills, who later joined Crosby, Stills, Nash & Young,[4] (who was rejected, but recommended his childhood friend Peter Tork), Danny Hutton, also of Three Dog Night John Sebastian of Lovin’ Spoonful, and Van Dyke Parks, among others.

If they were a commercial project band at first, there is no need to be ashamed.

The Monkees – I Wanna Be Free

The Monkees – I’m a Believer

They didn’t become the Beatles.

But I think they could have been a memorable band.