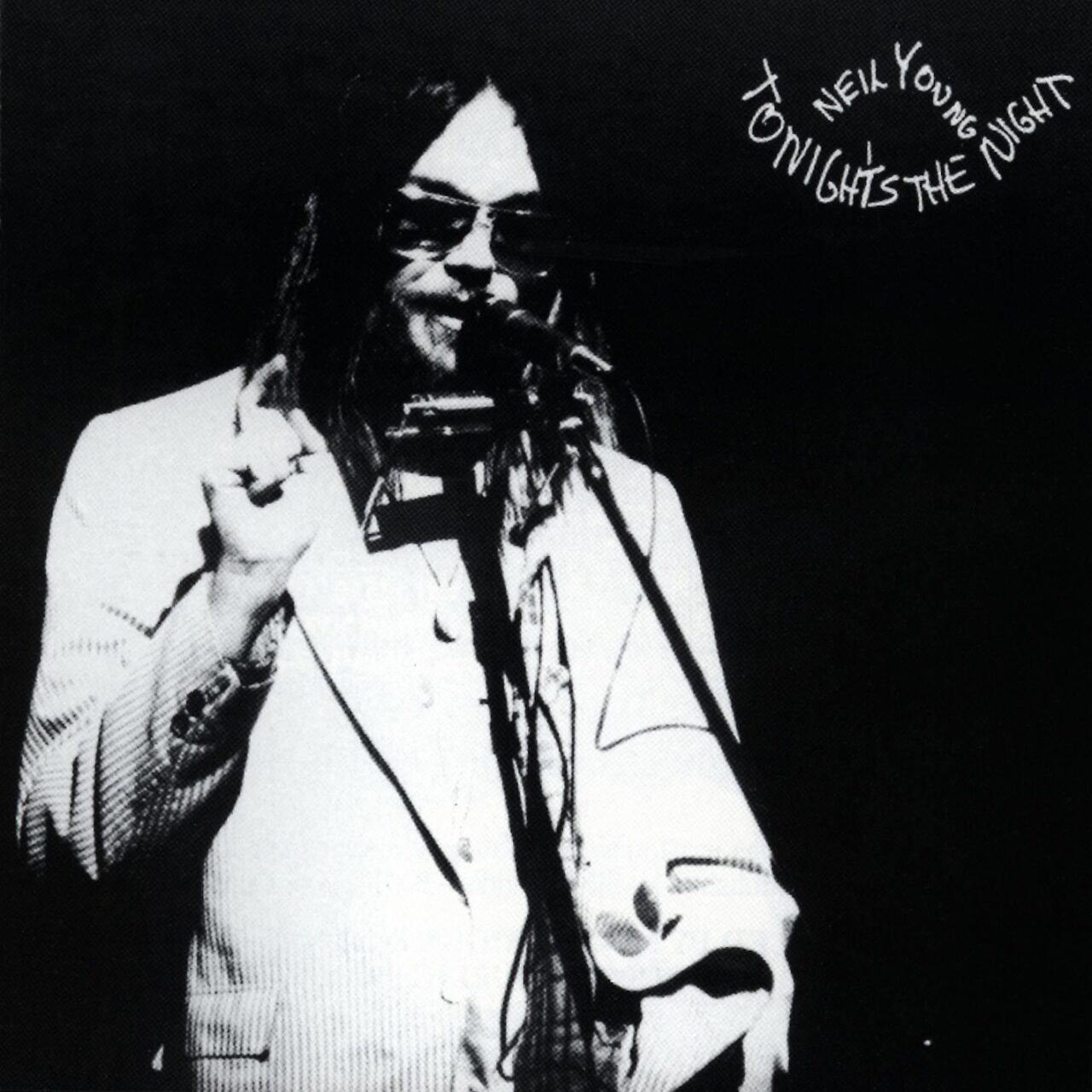 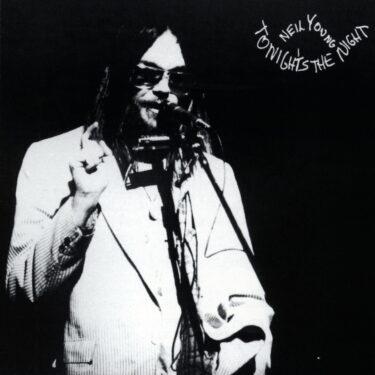 Neil Young has too many great songs, so I decided to limit it to the 1970s.

This time, I tried to include more classic songs. You may know many of these songs.

In other words, they are all must-listen songs.

If there are any songs you have missed, please take this opportunity to check them out.

Neil Young’s music just sticks in your mind. I would be happy if you find even one song that sticks with you in this ranking.

No. 1″Only Love Can Break Your Heart” (Album: After the Goldrush) 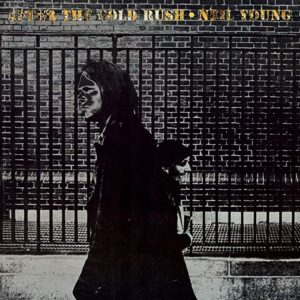 This song is a message song for people who tend to stay in their own world.

No matter how much you love solitude, love is the only thing that will break your heart.

What will you do if your heart is torn apart?

Neil Young himself is a very introverted person, so his words are very convincing.

I’m tempted to speculate that he might have been speaking to himself. 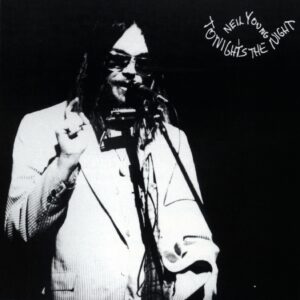 This album is dedicated to two of my bandmates who lost their lives in an overdose.

One night in the depths of his disappointment, Neil suddenly announced that he wanted to make an album.

He and his bandmates drank tequila until they could no longer play, and recorded the album in the last minute.

The song is called “Mellow My Mind”.

The song is called “Mellow My Mind,” and it’s about how things are different from the days when we were splashing around in the river.

There is a part in the middle of the song where Neil is so emotional that he is in tears, and it makes my heart shake. 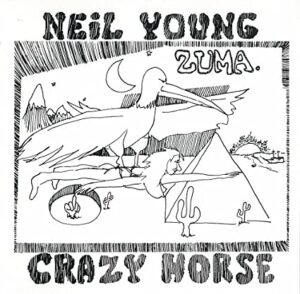 This is a different kind of music, dry and crisp.

This song tops the album after “Mellow My Mind” at No. 2.

She sings that she will shed no more tears.

However, since this album is only five months apart from the last one, it still sounds somewhat forced.

For better or worse, he is a person whose state of mind is easily expressed in his music.

He is still in the process of getting back on his feet. 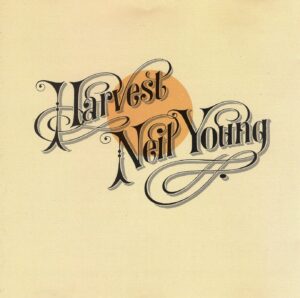 This song, along with the song at number one, is a classic for this man.

The narrator of this song is strongly searching for the “heart of gold”.

It’s a very simple song, but the earnestness with which he seeks it has won the hearts of many, and it has reached number one on the Billboard charts. 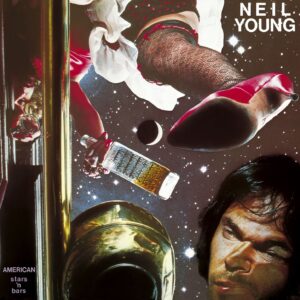 There is no song that can compare to this one in terms of impact.

This song is about listening to his emotional guitar.

But what is it about the guitar playing in this song? It is an unusual tension.

The phrases are full of emotions, one after another, without end.

In particular, the violent and melancholy rush of sound from about 5:17 onwards will never let go of the listener’s heart.

The song is good, but the runaway guitar swallows up the song itself. 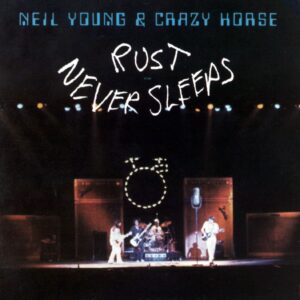 This song sounds like something you’d find around Teenage Fanclub.

While most of his songs are dominated by his nasal vocals and vigorous guitar playing, this song is unusual in that the rhythm is the highlight.

Anyway, the medium tempo rhythm is pleasant and the guitar sings well on it.

This album is also famous for something else.

In Nirvana’s Kurt Cobain’s suicide note, one of the lyrics from this album was written. 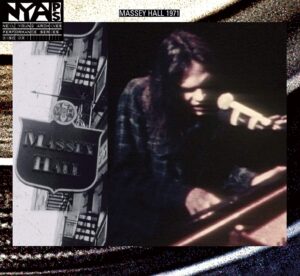 This is a song from the Crosby, Stills, Nash & Young era.

This time I’ll be featuring the live version from 1971.

When I was still very young, I was learning a lot of things from much older rock fans.

I remember they told me that Neil Young was better live around 1971.

Perhaps they were listening to bootlegs at the time.

When this live album came out, I thought they were referring to these live recordings.

Indeed, this live version has a more extended voice and an open air than the original.

No. 8 “Winterlong (Live)” (Album: Live at the Fillmore East) 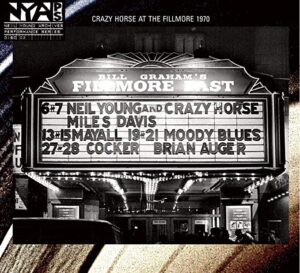 This song is not included in the original album.

This song was only included in the best-of album “Decade”.

Some of you may know it for the first time from this live album.

However, just like “Rain” by The Beatles, it is a song that cannot be missed even if it is not included in the original album.

It has a pop and friendly feel to it.

Pixies covered it on their “Complete B-Sides” album, which is also excellent. 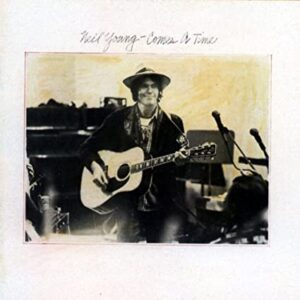 This song is famous for being covered by Nicolette Larson.

Both versions are very good.

The original version by Neil Young is more simple and sincere.

The song was once given to Nicolette, but she wanted to release it herself, so she included it in the album.

The lyrics of this song are about the need for overflowing love in order to change things and go farther.

This is a song that doesn’t get mentioned very often, but it is a personal favorite of mine.

Neil Young has been greatly influenced by country music.

He released an album of country music in the 1980s, but even before that, he sometimes did songs with country influences.

In this song, I think the lyrical sound of the country flavored pedal steel guitar is really great.

As I mentioned earlier, this album is dedicated to my friends who lost their lives to drugs.

The lyrics of this song are about a friend who met a tragic end due to drug troubles.

Over and over again, the song tells us to please listen to my advice.