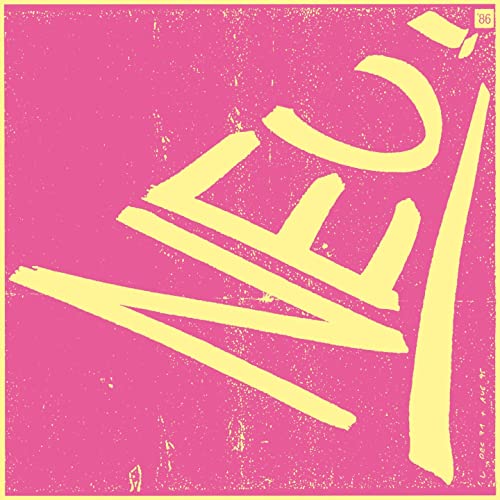 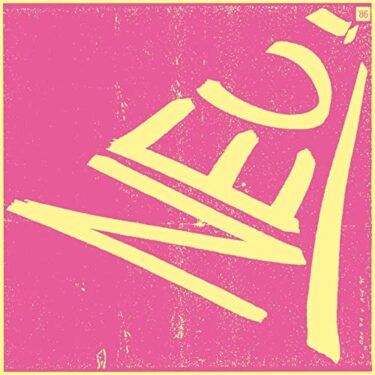 In this issue of Noi! ranking.

This band is often categorized as German progressive rock or kraut rock.

Their music is experimental in nature, but they also have a very pop side.

In this article, I would like to focus on their pop side so that you can enjoy their music easily.

Please enjoy their hammer beat, which is supposed to be inorganic but is very human. 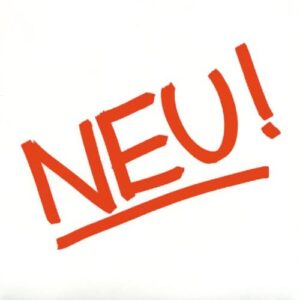 The name “NEU” means “new”, which means that the band had the concept of creating new music.

This album was released in 1972, at a time when muddy Southern soul was topping the charts, and simple music such as singer-songwriter and swamp rock was in its prime.

This song was probably a fairly new type of music at the time.

Incidentally, this song sold 35,000 copies in West Germany at that time.

In terms of commercial music, the number may not be that much.

But for this kind of music, I think it was an exceptional sale.

I thought this song was a single, but Wikipedia tells me that it was never cut as a single.

I think it’s very unusual for a song as famous as this to not have been cut as a single. 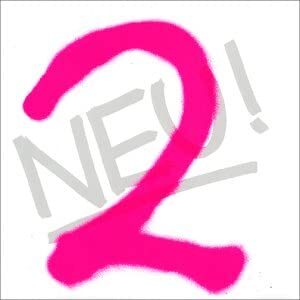 The first Album was not a big hit, but it was enthusiastically received by some.

The praise seemed to be focused almost exclusively on “Hallogallo”.

Feeling good about it, they increased the number of “Hallogallo” type songs and released a second album.

One of them is this song.

This song is certainly similar to “Hallogallo”.

Their drumming, which is just the same rhythm, is called “hammer beat”.

It’s a very monotonous performance, but it’s worth it for its monotony.

On top of the rhythm, the guitars and other things on top change, so it is surprisingly easy to listen to without getting bored.

This song is over 10 minutes long, but listening to the repeated drumming makes me feel excited and high.

Their hammer beat is strangely human, even though it is mechanically repetitive.

This song has a kind of human-powered techno appeal. 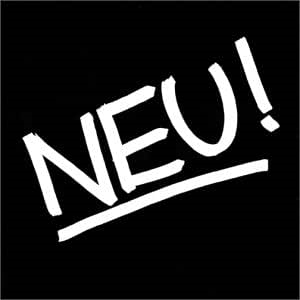 Noi! album, it seems that only the first two albums are often mentioned as great albums.

This song, for example, has not been well received by the hardcore fans because it has become pop and easy to listen to.

This song is also a single cut.

The drums are still the same monotonous pattern, but the piano on top is more musical.

So they brought their own songs to complete this album somehow.

This song is from Michael Rother’s side.

It’s not as thrilling as “Hallogallo”, but it’s trying to move in a more mature musical direction. 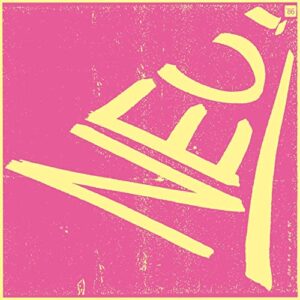 It has vocals, which is unusual for their songs, but on the other hand, the synthesizer sounds a little strange.

It may be because the synth sounds are too thick or the pop production is too excessive.

In the mid-1980s, when this album was recorded, electric pop was dominating the charts.

It’s not often pointed out, but some of the bands in the Ele-Pop genre were influenced by German Progressive music.

The Eurythmics, for example, debuted with a production by Conny Plank, who is also responsible for this album.

If you listen to the popular Ele-Pop albums of the time, you will find that they are sometimes surprisingly dark or experimental.

While they released easy listening songs as singles, they included poison in their albums.

But in this song, I’m doing the hammer beat like in the old days.

The difference is that the sounds on top are more organized than in the past.

I was disappointed with this album when I first bought it, but after listening to it a few times, this song caught my ear.

When you think an album is a failure, you don’t want to feel like you wasted your money, so you listen to it again and again to find the good parts.

That’s what I’ve been doing, listening to Album again and again, and this is the song that made me realize how good Album is.

This song is less thrilling than the past Hammer Beat songs.

But on the other hand, it has gained a new pop appeal.

Rather than comparing it to “Hallogallo”, it’s probably better to listen to it in the same league as “The Cars”.

This song is very Klaus Dinger-like.

If you are a fan of David Bowie, you may know that this band had a great influence on Bowie during his Berlin days.

Incidentally, the title of David Bowie’s masterpiece “Heroes” was taken from this song.

Musically, it sounds very similar to Bowie’s music at that time.

Of course, as in the case of David Bowie, this song is more original.

In fact, this song has influenced a variety of bands, including New Wave and Post-Punk.

In terms of broad influence, this song may be considered a twin of “Hallogallo”.

This song is another light hammer beat number.

The two musicians seemed to have the same idea of what they wanted to do when they debuted, but their original tastes are water and oil.

Klaus Dinger, who likes his music to be intense and chaotic, and Michael Roter, who prefers ambience and more musical richness.

The two musicians do not give in to each other, and the composition is as separate as water and oil.

However, there is a strange combination of the two, and they can create such a masterpiece even though they are going in completely different directions.

This song is on the same album as a similar song called “Neuschnee78”.

In other words, there are two different songs on the same album, “Neuschnee” and “Neuschnee78”.

It’s a bit confusing, isn’t it?

This song is similar in tone to “Fur Immer (Forever)” on the same album.

Perhaps their appeal lies in the fact that they are non-musical.

Their music does not appeal to our emotions.

Their music is not meant to appeal to the emotions; it is meant to uplift you or make you feel physiologically comfortable.

If you simply listen to the same pattern of drums at the same pace, it will naturally affect your body.

Therefore, we want the beat to be kept at a constant speed.

After that, they got together to record again from 1985 to 1986, and this album was released in 2010 after Rotor made some changes to the recordings.

When you listen to this song, you may be surprised at how poppy it is.

Some people may be disappointed that it is too sparkly.

However, if you listen carefully, you will find that even though the surface is shiny, there are many experimental aspects that are typical of the band.

As the song title, “La Bomba,” suggests, they play a few tricks and sing “La Bamba.

There is also a sound collage style sound in the song.

Like “Good Life”, I think this song is a great example of “poison pop”, where the more it is popped, the more the poison comes out. 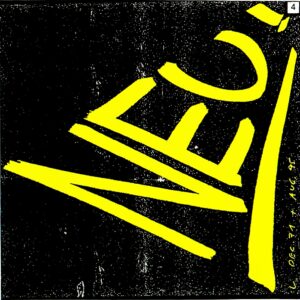 This album is a selection of songs from a fantastic album called “Neu!

As I mentioned earlier, after they broke up, they got together to record again, but they couldn’t finish it in the end.

The recording was supposed to have been put aside, but Klaus Dinger released it on his own without asking permission from Rotor.

This album is the result.

But Klaus Dinger released the album without permission from Lothar.

It might be better to consider them as completely different.

This song is not as sparkling as “Neu! ’86”, but it is a wonderful uplifting song.