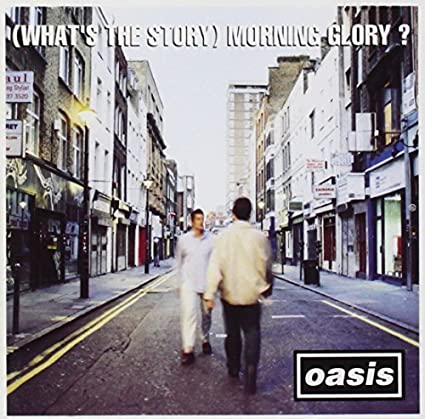 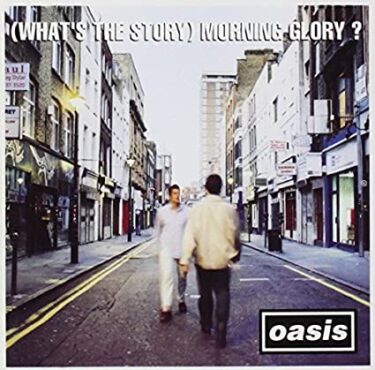 In this article, we have created a ranking for Oasis.

It is said that their first two albums are masterpieces.

That’s true, but there are many good songs on other albums as well.

The later albums have songs that have a different appeal from the earlier ones, but they are all great songs. 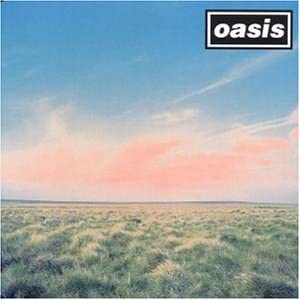 This song is known to be much more popular in Japan than overseas.

The band members also wonder why this song is so popular in Japan.

When the acoustic guitars tinkled nonchalantly and then the British-like strings came in, I almost felt my tear glands loosen up.

Then the first voice begins, “I’m free to be whatever I want to be.

The background of this song is the conflict between Noel Gallagher and his father.

When they were young, their father often beat them and forced them to work at the same job as him.

Noel was rebellious and decided to pursue a career in music.

It seems that these memories of the past gave birth to the lyrics I mentioned earlier. 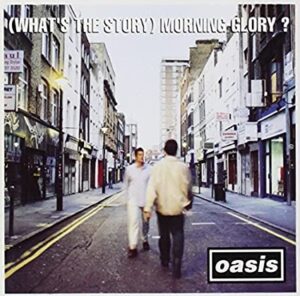 There is a very famous part in the lyrics of this song.

Please don’t put your life in the hands of a Rock n Roll band”.

But it’s not just sarcasm.

The message is to not be swayed by anger and to think for yourself, not by someone else’s opinion.

There is a part in this song that says, “So I’ll start the revolution from my bed.

This probably means that John Lennon used to appeal anti-war messages in his bed.

In other words, express your will in a non-violent way, but clearly!

This song has captured the hearts of many people.

In 2017, when a suicide bomber blew himself up at an Ariana Grande concert in England.

At a memorial service, a woman sang this song, and more and more people started to sing along, and eventually many people joined the chorus.

It was a spontaneous event.

The video of the event can be found on Youtube.

This song is sometimes referred to as the second British national anthem because of this history. 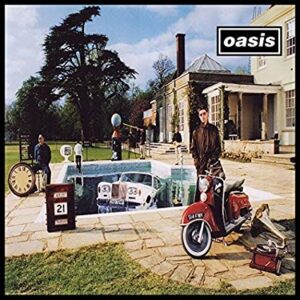 When this Album was released, there were quite a few controversies.

The most common complaints were that the songs were too long and that the guitar sound was too thick.

The highlight of the album, “All Around The World,” is also over 9 minutes long.

As is often the case, when a song becomes popular, it becomes longer and longer.

Even Stevie Wonder’s songs became longer and longer with “Songs in the Key of Life” and “Musiquarium”.

Oasis seems to have fallen into the same trap.

This song, however, is not so long.

I think it’s good that it’s not too long. 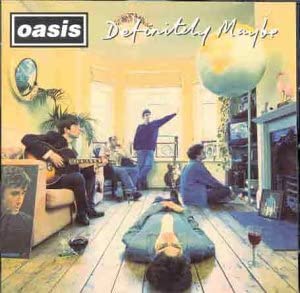 There were three things that influenced the creation of this song.

The first was the death of Kurt Cobain of Nirvana.

However, it is not a song dedicated to Kurt.

Rather, Noel expresses his displeasure at the denial of living.

Secondly, Noel had a broken leg at the time.

Perhaps it was his wounded condition that strengthened his desire to live.

Third, it was dedicated to his mother.

If you read the lyrics, you will see that it is very simple: “I don’t want to die. I want to live forever.

What seems to be related to the mother is the lyric, “You and I will live forever. 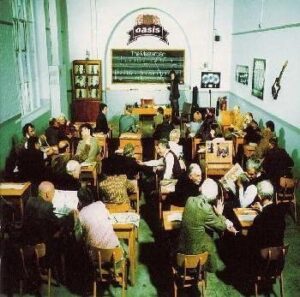 This album is a collection of B-side songs.

I’ve always wondered why these songs are on the B-side.

For example, the title track of this album.

Noel himself says that this song is one of his favorite songs that he has ever written.

Incidentally, this song was the B-side of “Wonderwall”.

While I don’t disagree that “Wonderwall” is a masterpiece, I think it might be as good or better.

The Master Plan” refers to “God’s plan,” meaning that “no matter what we do, we are in God’s predetermined plan.

No one knows what will happen, only God knows.

But since we don’t know what’s going to happen, let’s live as we like.

I mentioned earlier that “Be Here Now” is too long of a song.

The reason why their songs have become longer may be because this song was highly acclaimed in their previous album.

This song is about seven and a half minutes long.

It is true that this song is long, but I think it takes that long to start slow and build up.

This song has a large scale befitting its length.

When everything falls apart, under the sky where Champagne exploded, you’ll find me.

I’ll live forever, and you’ll see me then.

It’s a lyric that expresses the world of “Live Forever” on a much larger scale. 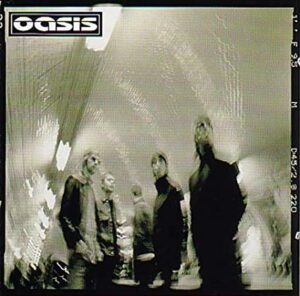 This song was written by Liam.

It has been cut as a single, but this is the first time that a Liam song has become a single.

At the time of this Album, Oasis was in a transition period.

Noel was in a slump at the time.

We made up for it with songs by Liam Gallagher, em Archer and Andy Bell.

Liam and Andy Bell, in particular, wrote more songs than the ailing Noel.

Probably most people feel that the songs Noel writes have more of an Oasis feel to them.

No matter how good a song someone else writes, it may not be judged as Oasis-like and may not be appreciated.

I think it’s as good as the best songs of their heyday. 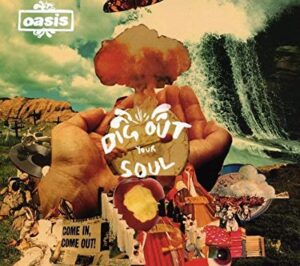 It is said that Oasis entered a period of stagnation around the time of “Be Here Now”.

As for “Be Here Now,” many people, not just me, thought the song was too long.

Maybe that’s why there were fewer extremely long songs after that.

Even so, there was a period of sluggishness, and some people said that “Be Here Now” was better, even though the songs were longer.

However, with this last album, they seem to have returned to their roots as a rock and roll band.

This song is a very refreshing rock and roll number.

In this ranking, there were not many straightforward rock ‘n’ roll numbers.

But I can’t leave out this song.

There are many different types of songs on this album, and they are all great.

Among them, this song represents the slow songs.

The band was always bullish about their talent, but sometimes they would say things that undermined their songs.

If Liam had said it, I would have understood.

But Noel himself, who wrote the song, says it’s not that good.

Incidentally, there is a story that when Ryan Adams covered this song, Noel said, “I’ll do this song.

I think the first two Oasis albums are especially great.

This first album is straightforward, unpretentious, and easy to listen to.

When I listen to their later songs, I sometimes think that they could have done something simpler.

However, they had the melodic sense that was typical of Oasis from the beginning.

I think there are many songs on the first album, including this one, that are simply enjoyable.

Even now, as I write this, I feel like listening to it again from the beginning.

I think the first album is like a meat dish served when you are hungry. 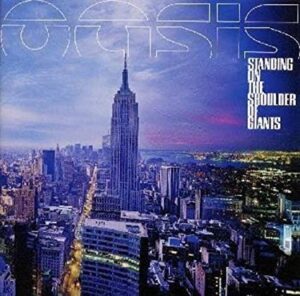 I was late in buying this Album, so I had heard the reputation of the people around me even before I heard about it.

According to them at the time, it was not very good.

That may be true, but I also felt a different kind of charm.

For example, the intro of this song is like hip-hop, and I thought it was pretty cool.

This band is basically an old-school rock band, and they are not very creative in terms of rhythm.

I felt that their weak point was reinforced.

You might be tempted to give them a bad review because of your high expectations for them.

However, there are always good songs in every album, like this one.

They got their first number one in the UK Singles Chart with this song.

The first one reached No.1 on the Album chart, but no single has ever reached No.1, although five singles have been released.

However, “Live Forever” was voted number one in the all-time favorite song ranking poll conducted by Radio X.

This song seems to have been inspired by the following song.

To be honest with you, I couldn’t tell you where the similarities ended for me. 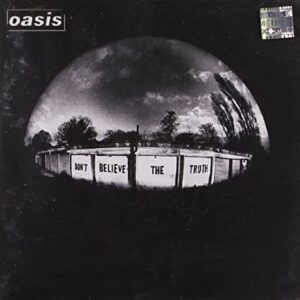 This song is a twin-vocal song by the brothers.

Liam’s voice, starting after the intro piano, is similar to John Lennon.

Then Noel’s vocals take over.

It’s like The Beatles’ “A Day In The Life,” where you can enjoy two vocalists in one song.

It has been a long time since they broke up.

Many people are hoping for a reunion.

I hope they will reunite and the two of them will sing this song again.