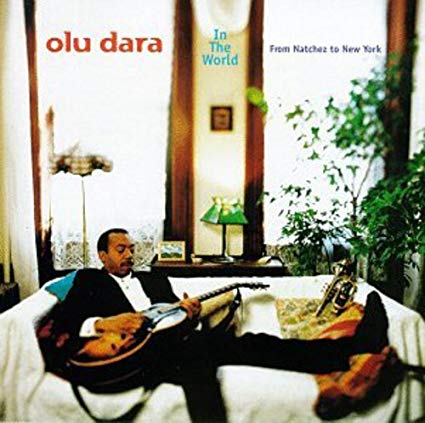 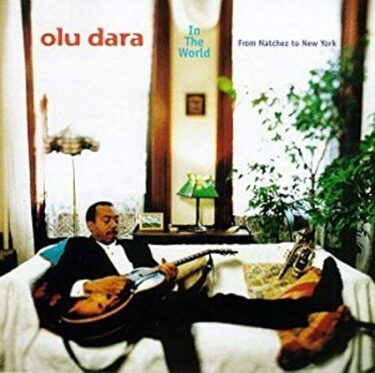 In this article, we have created a ranking of Ol Dara.

This man is the father of rapper NAS.

There is a “Olu Dara” part.

When you’re done listening to this ranking of songs, you’ll think that your father is no stranger to it.

No.1「Okra」(Album:In the World: From Natchez to New York) 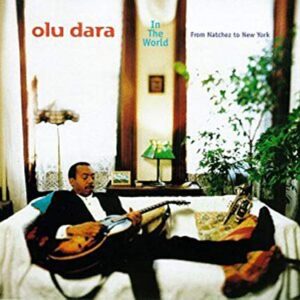 This is a song selection from my debut album.

The song starts with the sound of people talking happily, and it seems to be a scene from a home party.

By the way, “Okra” in the song title refers to the “okra” sold in vegetable shops.

In other words, this song is about “okra”.

On the back of the album jacket, there is a picture of a party, and there is an okra dish.

The title of this album is “In the World: From Natchez to New York”.

The title of this album is “In the World: From Natchez to New York,” where Natchez is the name of the place in Mississippi where he was born.

In other words, it’s about looking back on his life.

He seems to be trying to say that his life has been a long journey that led him to this home party.

His son, NAS, has grown up and it was the year before the release of his masterpiece, “I Am…”. 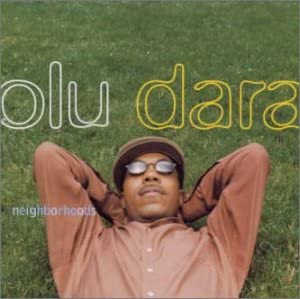 In this song, I perform with Cassandra Wilson.

Cassandra Wilson is a jazz singer.

The dialogue between the ditzy Ole Dara and Cassandra Wilson makes for a very enjoyable song.

Ol Dara was 60 years old at this time.

As you can see from the jacket, Ol Dara is quite handsome.

That’s why he has more than 10 children, including those with his wife.

I think their vocals and guitars are very appealing in this song.

The two guitars by Kwatei Jones-Quartey and Ivan Ramirez are really great.

His music is not greedy in a good way.

He plays the cornet in this piece, but he doesn’t try to stand out too much, just a little over the saxophone.

It is not a performance that shows off his power.

Here is a link to a performance from his Jazzmen days.

I think his performance starts at about 3:01.

In his jazz days, he seemed to play with a lot of people who were a bit sharp, such as David Murray, Henry Threadgill, Charles Brackeen, and Lester Bowie.

However, he was not an assertive type of player from his jazz days.

The characteristic of this person’s music is omnivorousness.

When you listen to any of his songs, you can feel the miscellaneous elements that have been boiled together.

The foundation of this song is reggae-like, but the song does not have a reggae-like feel.

The occasional female chorus has an African feel to it.

Also, on the first Album, there was a folky blues song that was very Mississippi.

I guess he has blues at the root of his music, but the interesting thing about his music is that it is seasoned in a tropical style.

I love that kind of music, but there are not many other examples.

Taj Mahal’s “Hanapepe Dream” is one of the few similar examples, and I often listen to this album as a set.

It is a very cute song.

The lyrics of this song are as follows

Whenever we are together, you always ask me why I love you.

Actually, I was lying to you.

I told you that I was attracted to your dress, but that’s not true.

I was attracted to your lips.

What do you think?

I think you will find it to be a very lovely song.

The name of this album is “Neighborhoods”, which means “neighborhood”.

Perhaps this jacket means that there is a lawn in the neighborhood where he can take a nap.

It looks like the rest of his life is going to be this kind of relaxed life.

But he has not had an easy road so far.

Even after he left the Navy and entered the world of music, he was only a sideman, and did not release his first album until he was 57.

Incidentally, NAS’s “Illmatic” describes urban poverty based on his own experiences.

His father, Olu Dara, could not have had a good life either.

But even during that time, his music matured.

I’m glad that he is happy now.

By the way, the name “Olu Dara” means “God is wonderful” in Yoruba.

This stage name seems to be the name he gave himself when he started his career in music.

Perhaps success was promised at that point.