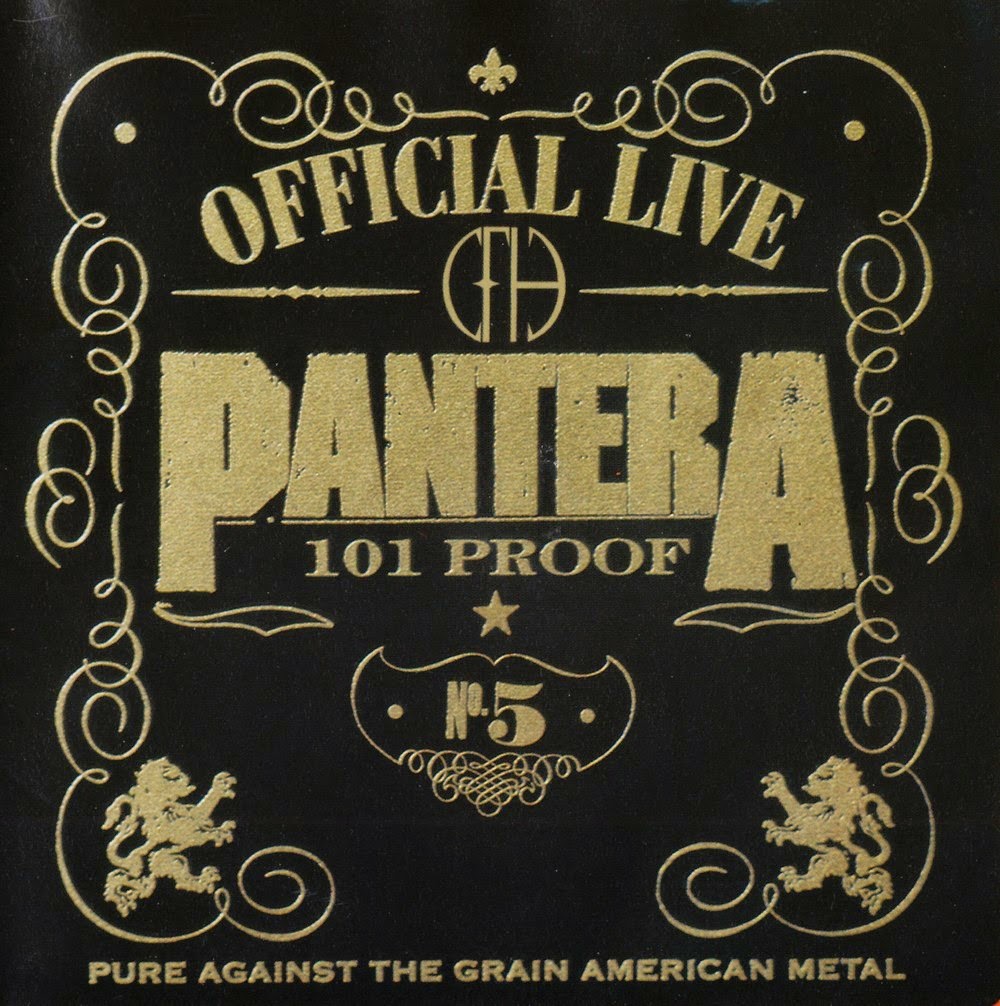 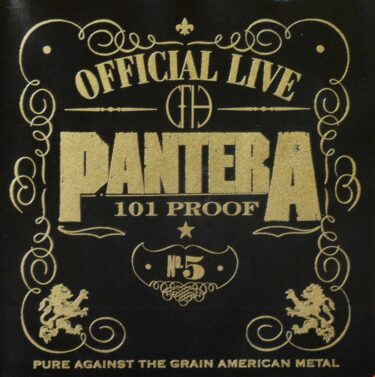 In this issue, we have created a ranking of Pantera.

This band is categorized as Heavy Metal in terms of genre.

However, unlike traditional heavy metal, it has a modern heaviness to it.

For this reason, some people call it loud rock.

Even if you are a new listener and don’t usually like intense music, give it a try and just listen to the first song. 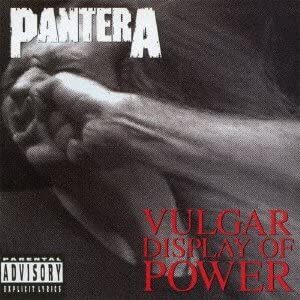 First, please listen to the driving guitar from 13 seconds.

Then Anselmo is barking.

What they are appealing in this song is to “have an iron will to change your life.

Turn your hatred into the power to create something. Walk the path to success. Don’t run away from reality.

Everyone has strength in their soul.

That’s what the lyrics are about.

They hit you with a strong message and a mass of sound.

The first four songs on this album are all excellent.

One of their achievements was to focus on the real emotions of today, as opposed to the older metal that often focuses on mythology.

Album title is “Vulgar Display of Power” and this song is “Fucking Hostile”.

The appeal of their music is that it transcends morality and directly conveys emotions.

By the way, the jacket above was modeled by a guy named Sean Cross for $10, but it looks like he wasn’t actually beaten.

I found this photo. 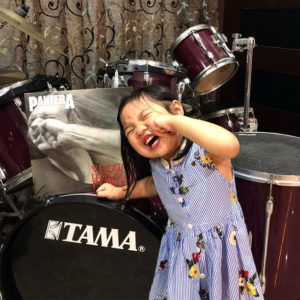 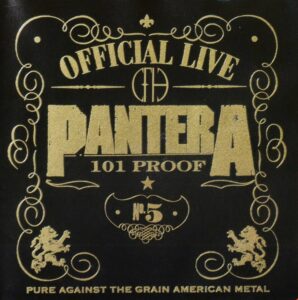 The release of this live album made many fans happy.

Their live performances were well-received, and I think many fans had been waiting for it.

This album is also useful for checking out their most famous songs, as many of them are famous and the best album had not been released yet at that time.

My favorite album is “Vulgar Display of Power”, but my second favorite is the first album.

However, the recording made in 1990, when the first album was released, is light and lacking in sound quality.

I’m sure there are people like me who were happy to hear the songs from the first album in a powerful sound.

Well, I forgot to write an article and was looking for a T-shirt when I found this patch. 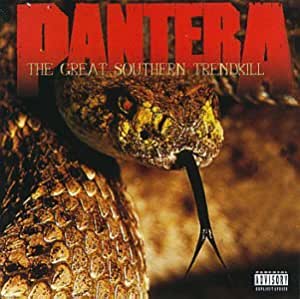 Many followers were born, and the number of people with short hair and skinheads increased not only in terms of music but also in terms of fashion.

There is a term, “post-Pantera.

The term “post-Pantera” refers to the fact that they created a new trend in metal.

But in this album, they express their anger against such trends.

Well, this album is the most diverse so far.

This song is divided into two parts, part 1 and part 2, and this time I will focus on part 2.

Part 1 is a slower song that was nominated for a Grammy Award.

Also, the song “Floods” has a bluesy appeal to it.

They seem to be trying to tell other bands that they can’t copy them. 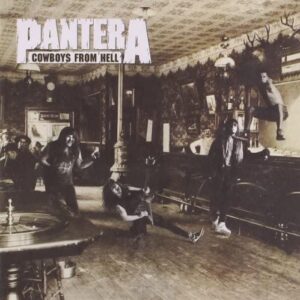 Let’s also take a look at the ballad number.

The shouting at 4:55 reminds me of Rob Halford of Judas Priest.

Anselmo is an excellent singer, but sometimes he seems to choose to shout.

Currently Anselmo is in a band called Down, but he is getting more and more opportunities to sing normally.

Even when he was in Pantera, he could have done with a few more ballads like this.

Let me introduce the members again.

Dimebag Darrell and Vinnie Paul are brothers, and Pantera is a band centered around them.

However, Anselmo, who joined the band halfway through, became charismatic and popular.

Against the backdrop of such a shift in the balance of power, the relationship between the brothers and Anselmo turned sour.

At the time, Anselmo was working on several solo projects, including Superjoint Ritual and Down.

It seems that Pantera’s activities sometimes took a backseat.

On the other hand, he was addicted to drugs, and after this album, he almost died once from a heroin overdose.

Due to these multiple reasons, the breakup of the band seemed to become a decisive factor. 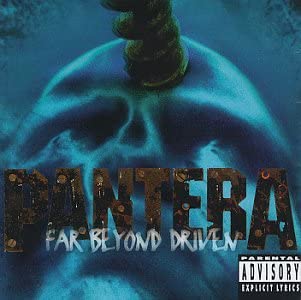 They often put change of pace in their songs.

This may have been influenced by Black Sabbath, who are said to have influenced them.

The first burst of this song is great, but the transition to medium tempo at 1:09 is also great.

The nightmarish development from about 2:22 is also great.

At this time, they were in their prime.

This album reached No. 1 on the U.S. charts, and “I’m Broken” was nominated for a Grammy Award.

However, I was surprised to see this album jacket at No. 1 in the U.S.

At the core of their sound is the guitar of dime bag Darrell.

Darrell also has a fascinating guitar solo, as evidenced by the second half of “Floods”.

I’m sorry to say that this was not selected, but I’ll just post the link.

But I still think this guy is a riff maker.

His riffs are influenced by Tony Iommi of Black Sabbath, but he has a more aggressive approach.

When I was thinking about it, I found this on Wikipedia.

He cited Edward Van Halen, Ace Frehley, and others as his main guitarist influences.

As for me, I don’t feel it affects me that much.

Well, this song has a great riff starting at 32 seconds.

Now, this song is from their first album, but they actually released four albums before this.

This song is from their first album, but they actually released four albums before this one, but their musicality was quite different from the later ones, and they are considered to be non-existent in their history.

It is not listed on their official website, and the Studio Album is not available on Amazon.

So I’ve decided to call it the first album in this article.

However, you can listen to the songs from that time on the live album called “Before We Were Cowboy”.

I prefer their musicianship after this album, but I think they were a great band even before that. 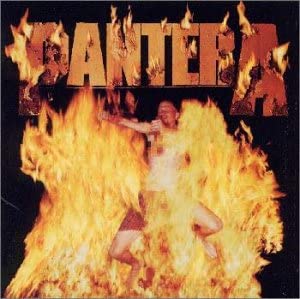 They broke up after this album.

While many bands became more pop-oriented, they stoically pursued their intense music until the end.

I also like the song “Hellbound” from this album.

After the breakup, they went their separate ways.

Anselmo started his own side project.

But one day, tragedy struck.

Darrell, who was playing at a live concert, was shot and killed by an audience member.

It seems that the crime was committed by a man who had a grudge against Darrell for being the reason for the breakup of Pantera.

In fact, the opposite was true, and Darrell would have wanted the band to survive.

It seems that all we can do now is wait for the unreleased material to be released.