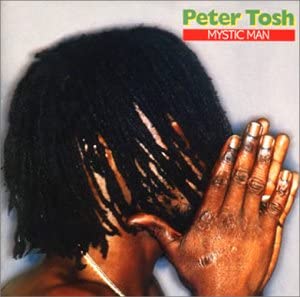 In this issue, we have created a ranking for Peter Tosh.

This person is just a maverick.

He is unconventional and is not a man of morals.

He is a man with a dangerous scent.

But in terms of conveying the core appeal of reggae, he may surpass even Bob Marley. 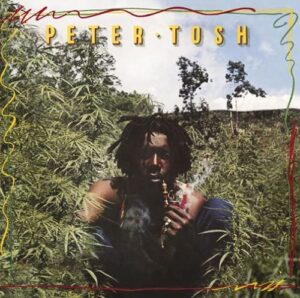 He was originally a member of The Wailers, a chorus group with Bob Marley.

This album is his first solo album after leaving the group in 1974.

In this song, he sings about a man who is betrayed by a woman.

This song is about the feelings of a man who has been betrayed by a woman, and asks why I, the betrayed man, should cry.

This song was co-written by Peter Tosh and Bob Marley.

Marley is famous for a song called “No Woman, No Cry”.

This song, also about tears, could be called Tosh’s version of “No Woman, No Cry”. 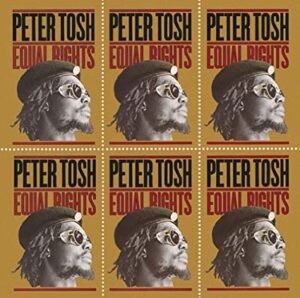 This song is especially noteworthy for its rhythm.

The following two people are in charge of the rhythm.

The last album was backed by the Wailers, almost without Marley.

The last album was well received, but he took a gamble by replacing the rhythm section.

Apparently, the gamble paid off.

If you listen to this song, you can tell that he was looking for a more radical rhythm.

Also, in this album, the message is radicalized as well.

Maybe the simple and sharp rhythm was necessary to deliver his message.

This song was also co-written with Bob Marley.

This song is also co-written with Bob Marley, and is famous for Bob Marley’s versions of “Burnin'” and “Live!

This man seems to be the opposite of Bob Marley when compared to him.

If Marley is the global hero of reggae, Tosh is the hero of Jamaica.

He is someone who appeals to a narrow but deep audience.

If you listen to this song, for example, you can hear the difference between them.

Bob Marley – Get Up Stand Up

Marley’s version is more light and poppy, while Tosh’s is much slower.

However, even though it is slower, it seems to be deeper and sharper, which is very reggae.

This Song Title refers to a woman who is prone to cheating.

The word “used” could almost be a rhetorical question.

As in “Why Must I Cry,” he seems to dislike that type of woman.

I guess he had bad memories of them.

However, in his later years, he was able to find a woman he could trust, Andrea Marlene Brown.

Marlene was with him at the time, but she barely survived.

Marlene slipped out of the hospital with a bandage on her head and tried to build a museum about him, even though she was not allowed to leave. 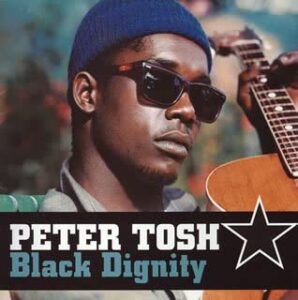 This song is based on an African-American spiritual song called “Sinner Man”.

This album is a best-of album, but he was still a member of the Wailers at this time.

This album is a compilation of songs from his early solo activities, and is positioned as an early best.

Incidentally, he had started his own label, Intel-Diplo HIM, before he left the Wailers.

When he originally joined the Wailers, he told everyone that he was the leader.

I guess he’s the type of guy who wants to be the center of things.

At the time, however, the Wailers had a promotional strategy that put Marley front and center.

Peter Tosh and Bunny Wailer were going to be treated like they were just in the chorus.

He is certainly not the kind of person to be treated that way.

It starts out with words that mean, “Come on, enjoy some primal sex with us.

In this album, he speaks from the heart.

To begin with, the Album title means “Lift the ban on marijuana.

The title of the album is “Lift the ban on marijuana”, and he says that doctors and judges are all doing marijuana, so it’s time to lift the ban.

The cover is a picture of me smoking marijuana in a marijuana field.

This may be the reason why I failed to become a world-famous star like Marley. 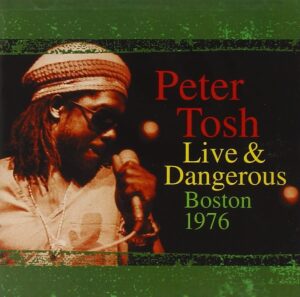 This song is also a re-recording of a song from the Wailers era.

This song is a message song that shows his hard side.

He can be selfish and arrogant at times, but at the same time he is very serious.

He is a man of two extremes, I guess you could say.

This album is a live album released right after “Legalize It”.

By the way, the first song on this live album doesn’t have vocals, but it is quite a great performance.

At this point, the rhythm has already changed to Sly & Robbie. 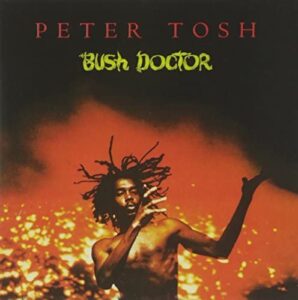 This album is released on Rolling Stones Records.

I thought Keith Richards must have liked it.

I thought Keith Richards liked it, but it seems that Mick Jagger saw him live and was impressed.

Well, if his live show is anything like the one I mentioned above, I can see why he would be getting a lot of attention.

This song really shows off his cute side.

There are bird sounds in this song.

He has an innocent side to him.

The back cover of “Mystic Man” is a picture like this. 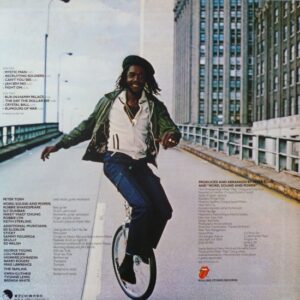 He has a lot of problems, but strangely enough, you can’t hate him.

This Song Title refers to him.

“The first thing I want to say is that Peter is unpredictable. When he gets lit up, he doesn’t hesitate to say what he wants to say… Peter was that kind of person.”

But he himself didn’t seem to mind his image.

He went out of his way to sing a song about the bad name that was given to him.

It’s a song that brags about how bad he is, and honestly, I can’t relate to it.

However, there are some songs that are possible only because of such humanity.

This song has a solid rhythm that is very thrilling.

The last song is a heartwarming one.

This time, many of the songs are from the first half of his solo career.

However, his later releases “Wanted Dread And Alive”, “Mama Africa” and “No Nuclear War” are all worth listening to.

In his later years, he became more African reggae.

His songs became brighter and more natural, and he was about to transform into a larger scale artist.

Here is a link to another song from that period.

This time, I’ve included more early songs to reflect my own preferences.

If you like this song or the ones above, check out the later ones.