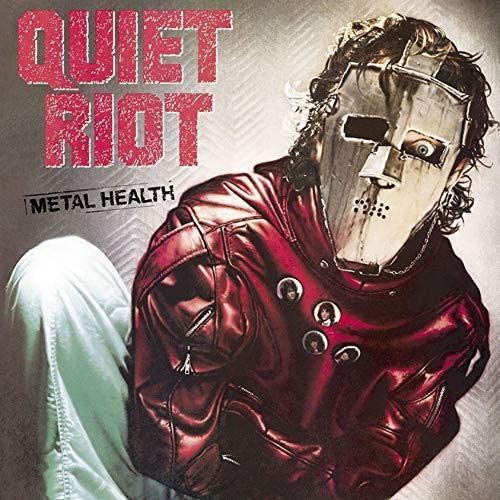 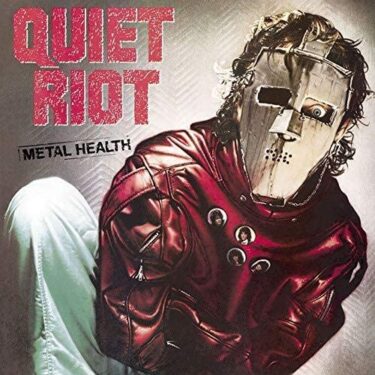 This time I created a ranking of Quiet Riot.

They are a band that represents LA metal.

However, in spite of their ability, they had a short heyday.

I can recommend all of their songs with confidence. 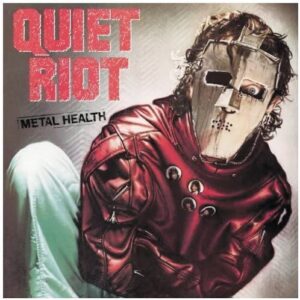 This is one of the most popular metal songs of all time.

It is a cover song by Slade, but few people may have heard the original.

The lyrics of this song are about being wild and rowdy, affirming the way of life of such young people.

The band Slade is classified as a glam rock band.

Glam rock was music with such values.

Quiet Riot is an LA metal band, and LA metal is influenced by glam rock.

They became a band that will be remembered in the history of rock with this song.

Whenever I hear Kevin DuBrow’s intro shout, my blood boils.

It’s such a great song that it’s a wonder it hasn’t been cut as a single.

By the way, this album was a big hit.

It is known as the first album in the heavy metal genre to reach number one in the U.S.[4].

So it’s a historical album.

At that time, metal was not the kind of music that could reach number one on the overall charts.

However, this album became a precedent for that.

However, after this hit, Dubrow said here and there, “Thanks to us, other bands were able to sell,” and it seems that he was criticized a lot.

Because of these comments, there are still metal fans who dislike Dubrow. 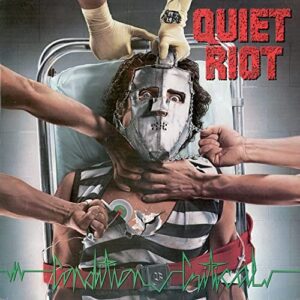 At the time, the band was centered around Kevin DuBrow, the singer.

For a while, the band was even named after him, “DuBrow”.

He is certainly the main songwriter, and his vocals are highly regarded.

He was born in Los Angeles and gradually fell in love with British hard rock.

He was a good vocalist for HR/HM.

Dubrow is influenced by Steve Marriott, but maybe a bit of a similar type.

This band was originally formed around Randy Rhoads.

Randy Rhoads was a guitarist who later made a name for himself in Ozzy Osbourne’s band.

Unfortunately, he died in a plane crash at the young age of 25.

This song is dedicated to Randy.

I found a picture of Dubrow and Randy. 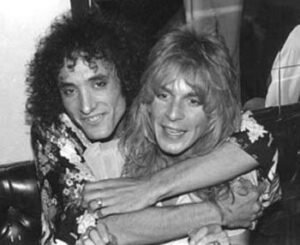 Is it my imagination or does Randy seem to dislike it?

Some people say that they are bad boy rock.

This song in particular might be one of them.

I sometimes have a sudden urge to listen to them when I just want to empty my head and have fun.

That’s when I listen to this band, Twisted Sister, Andrew W.K., and others.

This song, for example, is suitable for such occasions.

Here is another song similar to this one.

If you have worries, listen to this song at high volume.

I think it will blow away any mild worries you may have.

Along with vocals, guitars are the mainstay of heavy metal.

In this album, Carlos Cavazo is in charge of the guitar.

From the introduction, the heavy metal riffs are really cool.

He may not have been a prominent figure in the LA metal scene at that time.

He may not have been a prominent figure in the LA metal scene at the time, but his ability was recognized by everyone.

Rudy Sarzo, the bass player at that time, also played in Ozzy Osbourne Band and Whitesnake later on.

He was a handsome guy, but he was a bassist who played like a heavy metal player.

At the time, Dubrow was the hero of a success story.

However, when the second album did not sell as well as expected, he began to have problems with his behavior.

In particular, his relationship with Rudy Sarzo deteriorated, and he sometimes failed to introduce him at live shows.

As a result, Rudy quit the band after this album.

At that time, his relationship with drummer Frankie Banali was also deteriorating.

However, when the next album did not sell well, Dubrow was fired from the band.

After his dismissal, Dubrow was remorseful and reconciled with the band members and returned to the band, but he died of cocaine overdose in 2007.

Perhaps because of these conflicts, the band’s heyday seems to have been short in comparison to its ability.

When this album was released, there was one thing that everyone thought.

It’s an album similar to the last one.

It has similar ballads, the same iron mask jacket, and the whole album is very similar to the last one.

This song is a cover of Slade’s song, just like the last album.

This album is very similar to the last one.

It’s just a bad comparison, but I think it’s a good song too. 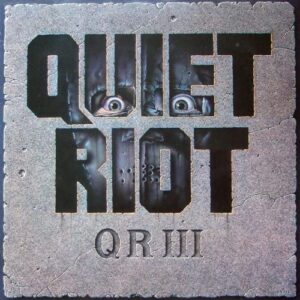 The music has changed a lot since this album.

I didn’t hear this album until much later.

I was planning to buy it when I found it at a reasonable price, but the used price did not go down.

However, it seems to have a surprisingly good reputation, so I bought it and was surprised.

The opening track starts with a synthesizer.

It has a cool intro like “Baba O’Riley” by The Who.

The quality of this album is at the same level as the first two albums, although I think they were probably aiming to sell more copies.

However, the number of copies sold was even lower than the previous album.

It’s understandable why the price of used copies stayed high, since the content is good even though it didn’t sell very well.

This song is from the same Album.

The bassist who replaced Rudy Sarzo was Chuck Wright from Giuffria.

The addition of synthesizer player John Purdell adds a new charm to the band.

Guitarist Carlos Cavazo’s guitar playing is the best on this album, in my opinion.

The album did not do well in terms of sales, but that may have just been because the music was not what the fans wanted.

Dabrow left the band before the next album “QR” and was replaced by Paul Shortino.

Paul Shortino is a good vocalist, and the album was not bad.

However, due to the strong impression of Dubrow, the band has been in a slump since then.