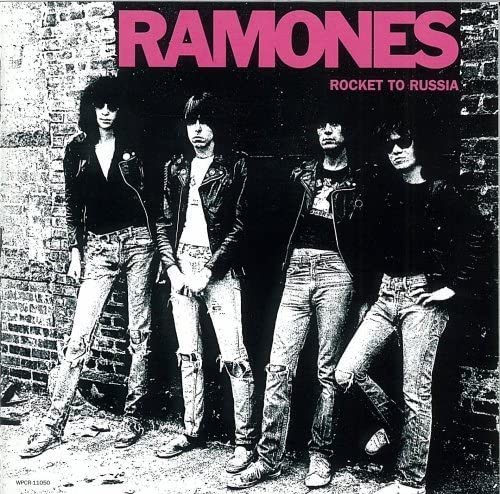 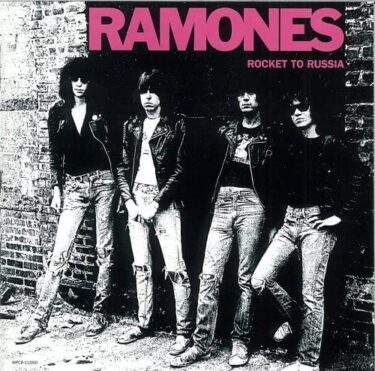 In this article, I created a ranking of the Ramones.

They are one of the most famous New York punk bands.

Their presence shocked the music scene, which was leaning toward commercialism.

Their presence shocked the music scene, which was becoming more and more commercialized, and it was the return of simple rock and roll.

As soon as they count 1.2.3.4, the next moment, the rock and roll fantasy begins.

No.1「Do You Remember Rock ‘n’ Roll Radio?」(Album:End of the Century) 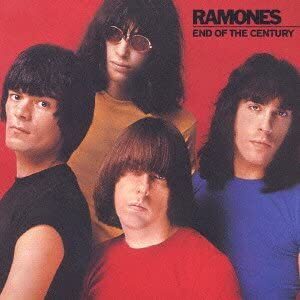 This album is produced by Phil Spector.

Phil Spector is known for his unique “Wall of Sound” sound.

Wall of Sound” is a sound that uses multiple recording techniques to create a thick wall of sound with echoes.

This may not sound like a good fit for the Ramones, who are known for their simple garage sound.

But in this song, they succeeded.

It seems that the members had a tough experience with this recording.

Phil Spector took the members at gunpoint, and took them into custody in his mansion and made them play endlessly.

However, the album sold well and this song became one of their most popular songs.

It may have been a harsh experience, but they may have gained a lot from it. 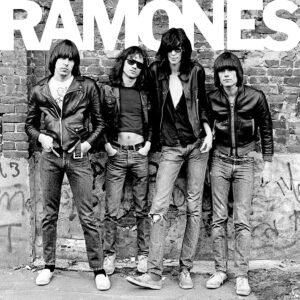 The first thing that strikes me is the intro, “Hey, ho, let’s go”.

In fact, this part seems to be a reference to “Saturday Night” by Bay City Rollers.

Here’s a link to that song.

This song is appealing because of its simplicity.

We often refer to simple songs as “three chord songs”.

They were loved by many people because of their simplicity. 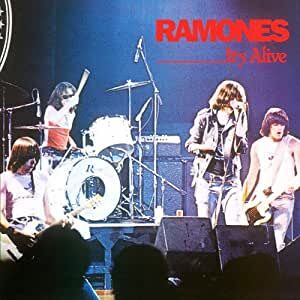 I’ve been to New York.

There were two places that I wanted to visit.

At the time, I was always the kind of person who wore slim black jeans and a bandana.

For me, going to CBGB was like a pilgrimage to a holy place.

But at the time, I was hesitant to go to the concert, so I took a photo in front of the building, bought a T-shirt, and left.

Listening to this live album, I regret that I should have seen them live, no matter what.

I chose this song from the Live Album.

Surprisingly, punk seems to have few great live albums, but I recommend this one in particular. 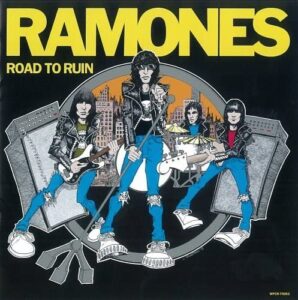 The previous album “Rocket to Russia” was good, but did not sell well.

Tommy Ramone, who had also contributed to the composition of the album, quit as a drummer to concentrate on producing.

Marky Ramone, a new member of the band, plays the drums on this album.

This song is original by The Searchers, but here is a link to the original song.

The Searchers – Needles And Pins

However, this album did not sell well at all.

In response to the poor sales, the record company recommended Phil Spector, whom I mentioned earlier. 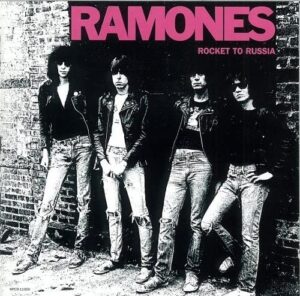 Sheena is a character from American comic books.

In this song, she is sung to be a punk rocker.

I found a video of a live action version of Sheena.

Sheena rides a zebra and confronts a man who looks like a poacher riding a jeep and carrying a gun, using only a bow and arrow.

Sheena is shot and injured, but she is still trying to fight.

Sheena is shot and injured, but still tries to fight, and finally falls off the zebra.

I wonder how it all ended.

If you want to feel the hot punk spirit, please check out the video above. 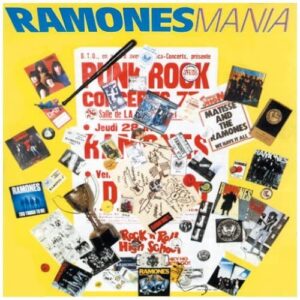 In this blog, I take a different stance in selecting songs from the best albums.

Have you ever been disappointed when you hear the best album of your favorite artist?

I have, quite often.

However, there are some best albums that I love.

One of them is this album.

First of all, I think it’s a good selection, and it has 30 songs on it.

It has been said that their best work is one of “Ramones”, “Rocket to Russia”, or “End of the Century”.

However, what I would like to push is this “Ramones Mania”.

I think the songwriter has done a great job.

This song is from “Road to Ruin”, but it is the first song on this best of album.

With all due respect to the song selector, I’ve included it here. 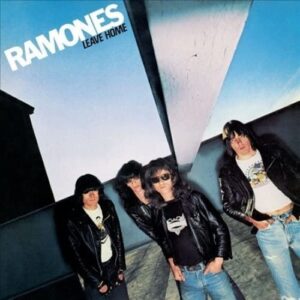 It doesn’t contain famous songs like the first album.

Perhaps because of this, the songs on this album are more similar than the first album.

Normally, people don’t like it when the songs are the same, but they are an exception.

When I was younger, I used to keep a Ramones CD in my office for when I was working late alone.

I felt like I could get excited and get my work done at once.

But because of that, even now when I listen to them, it reminds me of working overtime.

That old story aside, this song is a cover of The Rivieras.

They are influenced by surf rock, but the Rivieras are a surf rock band.

Let’s take a look at some of the key players.

With his 198cm height, long hair, and sunglasses, Joey is the face of the band.

However, the central figure of this band was Johnny Ramone, the guitarist.

Their hairstyles and fashions were decided by Johnny.

Johnny liked to wear a leather rider’s jacket, jeans with holes in them, and Converse shoes.

The other members wanted to wear different clothes, but they had no choice but to follow Johnny’s orders.

New York punks are known for their intelligence, such as Television, Patti Smith, and Talking Heads.

In them, they played opposite characters.

They took the surname Ramone even though they were not brothers, had matching fashions, and simple, short songs.

I think they were a very cute and stylish band.

They were formed surprisingly early, in 1974 in New York City.

They are said to be one of the first punk bands.

From the beginning, they wrote many original songs, and even on this debut album, they wrote all but one of the songs themselves.

However, this is not because they wanted to play original songs.

It’s because we didn’t have the skills to cover other people’s songs when we made our debut.

Their music is mainly guitar-based, but without complex riffs.

The downstroke is a way of playing in which the right hand with the pick is swung down from the top.

It is used by good players, but amateurs can only do this.

Technically, it’s not difficult, but the magic of rock and roll is in this song. 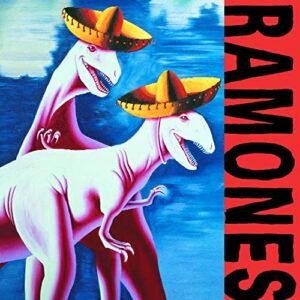 This song was recorded on the last album in 1995.

The following year, 1996, they decided to break up.

They had played 2,263 live shows in 22 years, so it must have been pretty hard for them.

One live concert every three days must have been very tough.

This time, I selected songs mainly from before “End of the Century,” which is called their heyday.

However, there are many good songs after that as well.

My favorite song after “Pleasant Dreams” is “The Crusher”, and the following songs are covers.

Nowadays, all the original members are no longer with us.

However, their style is called “Ramone Punk” and they are respected by younger bands.

They played a cool punk band until the end.