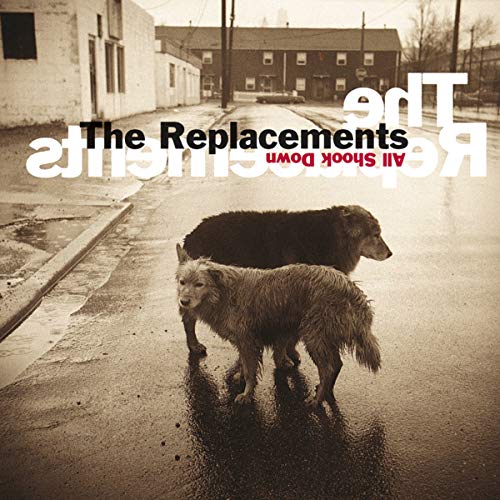 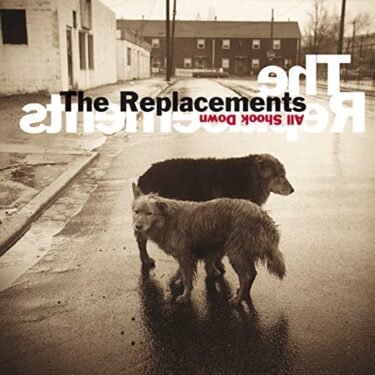 We have created a ranking of the Replacements.

This band is loved by some people in Japan with a passion, but they are not well known in general.

I thought it would be good if they were more widely heard, so I decided to write about them.

First of all, let me tell you my stance on this band.

I rate the last two albums the highest.

I chose 5 songs from those 2 albums alone, which is half of the total.

But on the other hand, I believe that no other band can replace the frantic charm of the early and middle years.

I’ve also included songs from that period that you can’t miss.

They may be a band that grabs the listener’s heart in a different way than perfection. 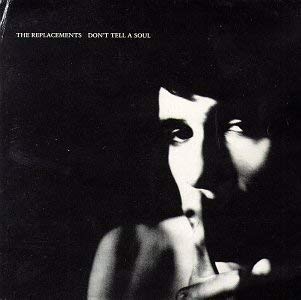 They had their breakthrough in Japan with this album.

At that time, Paul Westerberg’s talent as a songwriter was blossoming.

Even before that, there were glimpses of his talent, but his songs were not consistently good throughout the album.

The songs were not consistently good, but they had more than enough sparkle as diamonds in the rough.

The title of the song, “Talent Show,” refers to a show in which amateurs perform, such as a star search show.

Reading the lyrics, the song talks about how she feels uncomfortable and embarrassed about appearing in an amateur show.

The lyrics say, “I’ve taken the liberty of appearing in the show, and I have no choice but to do so, but don’t bother coming to watch.

But at the same time, they seem not to be complacent about the fact that they might win.

At that time, the band had made their major label debut, but they hadn’t sold enough to be sure of continuing.

This may have been similar to how I felt at the time. 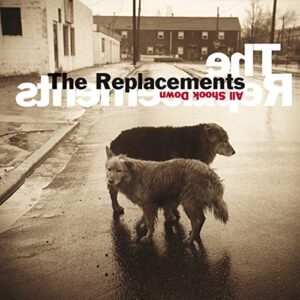 With their last album, “Don’t Tell a Soul”, they found a winning pattern.

It starts out with no drums, just guitar and vocals, and then the drums come in to add some impetus.

“Talent Show” was another example of this type of song, and there have been many more like it since.

This song is in that same vein.

When you listen to the whole album, I think many people feel that there are many similar songs.

It’s true that the mold that I found in “Don’t Tell a Soul” doesn’t feel like it’s being used a lot.

This album follows the same line as the previous one, but the songs are even better.

On the other hand, the punkish songs that were left in the previous album have disappeared, and the sound has become what can only be described as American rock.

The horn arrangements and other sounds are also a little fuller. 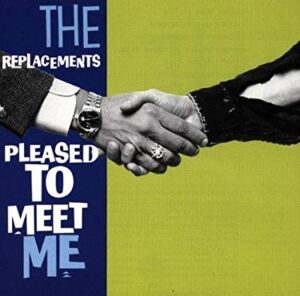 One of the charms of these days is the sense of belonging.

This song is a great example of how they were changing.

“Alex Chilton is an American musician who played with The Box Tops and Big Star, and later went solo.

I love him and would like to make a ranking of his songs.

This song, for example, certainly inherits the charm of Alex Chilton.

He must have been really happy to name this song after his favorite artist, as it was a special song on this album. 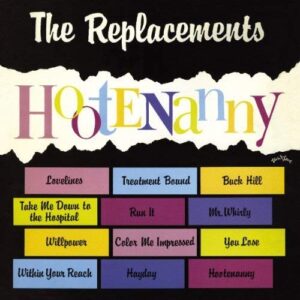 In general, the Replacements’ albums after “Let It Be” are the most popular.

On the other hand, people who like intense punk praise “Sorry Ma, Forgot to Take Out the Trash” and “Stink”.

In between, this album is not so highly regarded.

In between, this album is not very well received, or at least not as well known or listened to.

It’s not as intense as the first album.

While there are some hardcore songs on the album, it also gives you a sense of the range of musicality that might be foreshadowed later on.

For example, how about this song with a little rockabilly in it?

The rough sound of the song, done in a spur-of-the-moment manner, is irresistible.

The guitar in the interlude sounds like a whimsical Elvis Presley song.

It may not be as easy to listen to as the later songs, but it is a great song that shows that Paul had a great sense of style from that time.

I think the band’s best work is this last album.

The first song on the album is this one.

The light guitar riff is the foundation of this song.

The guitarist on this album is Slim Dunlap.

This is a great choice.

Sorry for the cliché, but the music is just like a pair of unwashed jeans.

This song may be for the rough feel of the guitars and vocals.

There is nothing flashy about their music to begin with.

It is true that Paul Westerberg’s talent for songwriting blossomed with his last album.

But at the same time, he has established a new style of playing that makes the songs come alive.

After this, Paul Westerberg broke up the band and became a solo artist.

After this, Paul Westerberg broke up the band and became a solo artist.

Those people probably miss the band sound of those days. 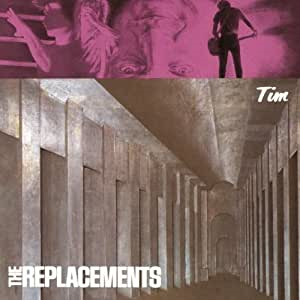 I think there are so many fans of this band that this song is their number one.

The Cribs have also covered this song and it is very popular.

They gradually broke away from their early punkish style, and in the process, they created these great songs.

I tried to include one of the earlier, harder songs, but I just couldn’t find the right slot.

Instead, I present this song.

In this song, the rough sound of the early days is finished in a slightly more organized way.

At the end, however, the band plays with an intensity that retains the remnants of the old days.

If you think the roughness at the end of this song works, it’s worth checking out their early days.

If you think you are worthless and a bum, this song may cheer you up.

I liked this album so much that I had to choose three songs from it.

It’s hard to imagine that this is the band that they used to be, but this album is so complete that there is nothing to be ashamed of.

I was starting to feel like I needed a more intense song when the fourth song started, and as if I saw through that feeling, this song started.

Also, the photo of the two dogs crossing each other on the album cover is just amazing.

In the cover photo, there is no one in the room. It’s a scene of a deserted city with only dogs.

The title of the song translates as “winding shape”.

These details reveal the kind of band they are.

When I think about it, this band always seems to have a kind gaze towards the weak.

This song is emotional.

What I like about this band is that I have an uncool melancholy.

There is a spice of self-deprecation sprinkled on it.

Self-deprecation, like in “Talent Show,” is a character of this band.

The band’s name, “Talent Show,” is the epitome of self-deprecation, as if to say, “There are plenty of others like us.

However, from this album on, I feel that they are trying to be normal.

On the last album, the band fired Bob Stinson, who had a lot of behavioral problems.

Bob Stinson represented the punkish side of the band in terms of music.

The band has since moved to a more mature musical direction with Paul Westerberg’s one-man power structure.

This song is a particularly emotive example of that trial and error.

At the time, they were trying to get their band off the ground.

They had made their long-awaited major label debut, but things were still not going well.

I think there were two turning points before the breakthrough.

The first was the song “Alex Chilton”.

The first was the song “Alex Chilton,” which is still regarded as one of the best songs of all time.

It was not an actual hit, but it contributed greatly to raising the band’s profile.

The song is unusually pop and cohesive for them at the time.

It may have motivated them to improve their songwriting skills.

This compilation had a great response at the time.

As a result of going through old American music and improving my songwriting skills, this album was born.

The album title “Don’t Tell a Soul” is also cool. 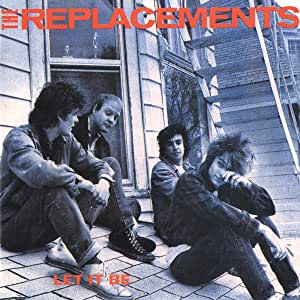 This band originally debuted as a hardcore punk band and was very loved by some people.

They are nicknamed “Mats” by their fans.

However, if you listen to their early songs, you will find a lot of fragmented songs, songs that lack a bit more padding, and songs that seem to have been done in a groove.

But there was also an aspect that made it rather desirable.

This song is about the melancholy of a 16 year old, and it is relatively solid for its time.

However, the emotion in this song is not as good as in her later albums.

However, I don’t think these shortcomings are that important.

If you’re looking for perfection, you won’t be listening to this album as often as you should.

The imbalance is also rather good.

For example, this song has a guitar interruption at the end.

It’s not that it’s overly intense or well played, and it’s probably a useless phrase to begin with.

But I think this performance is the goosebump point of this song.

There are many songs from this period that are blue and unbalanced, but for some reason I want to listen to them again and again.