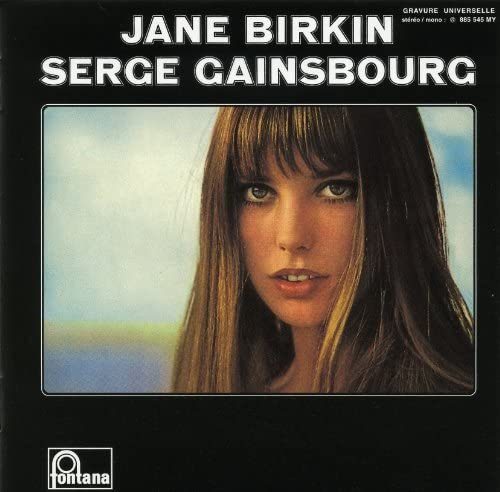 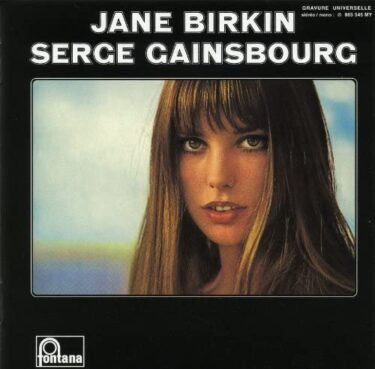 In this issue, we have created a ranking of Serge Gainsbourg.

He had relationships with many women and lived without moral restraints.

He was not only quite a womanizer, but also a man who liked to do radical things.

However, he had a talent for songwriting and a unique vocal style.

His songs are a mixture of decadence and sexuality. 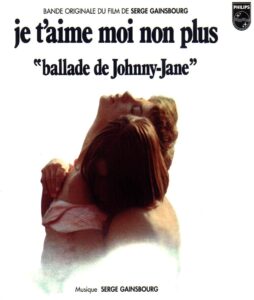 In fact, it has been banned in some countries.

The Vatican even issued a statement condemning it at the time.

The song was originally written for Brigitte Bardot, with whom I was having an affair at the time.

I also recorded this song with Bardot, but she was a married woman at the time.

Naturally, Bardot’s husband could not understand the song, and it could not be released at that time.

So he decided to have his next girlfriend, Jane Birkin, sing the song.

The song was used as the theme song for the movie of the same name in 1976. 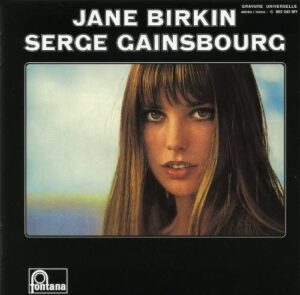 This is the joint album with Jane Birkin that I mentioned earlier.

In 1968, the year before this album, she met Gainsbourg and fell in love with him at first sight.

They later developed a relationship.

Birkin and Gainsbourg moved in together and continued their relationship in the form of a de facto marriage.

During this time, Gainsbourg once proposed to Birkin, but Birkin refused.

However, in later years, Birkin regretted his refusal.

The woman named Eliza in this song is supposed to be referring to Birkin.

He had affairs with many women, but most of them were short-lived affairs.

Among them, Birkin may have been the woman of his dreams.

I can feel his love for Birkin in this song. 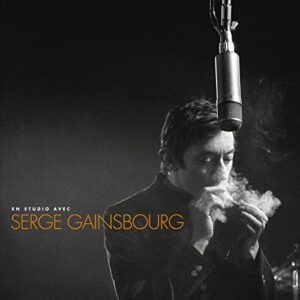 This song has never been recorded on the original Album, so many of you may not know it.

I’ve introduced it from the edited version.

It is a medium funk song and the performance is wonderful.

His vocals don’t have any inflection, so they tend to be one-note without any innovations in the sound.

However, Serge’s occasional scatting in this song gives it a strange presence.

I don’t know if I can call it scatting in the first place.

It might be something between a monologue and a scat. 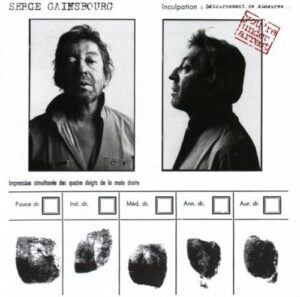 The cause of death was myocardial infarction.

This is his last Album as an original Album, except for “Le Zénith de Gainsbourg”.

I remember very well what happened to him when he died.

His body was buried in the Montparnasse Cemetery in Paris.

There is no end to the number of people who visit Serge Gainsbourg’s grave, and there are always countless tickets scattered around the tomb as they offer subway tickets in honor of the “ticket cutters at Lila’s Gate”.

At the time, many people published his obituary in magazines.

I vividly remember reading his obituary while listening to this album at the time. 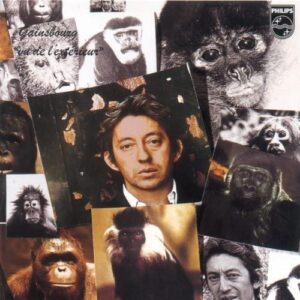 Many people say that his heyday was in the 1960s.

However, I believe that the 1970s are more important.

In fact, his most famous albums are concentrated in the 1970s.

This time, I limited the period to 1969 and later.

However, there are many great songs from before then as well.

Le Poinçonneur des Lilas” and “Initials B.B.” are also worthy of mention, but I’d like to introduce one more song.

In the 1970s, I became less of a hit-maker and more of a personal artist. 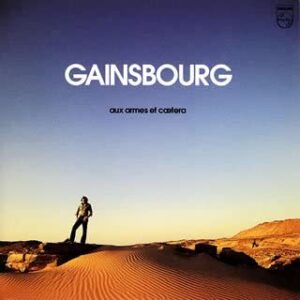 This album has some famous songs on it.

This “Aux Armes Et Caetera (La Marseillaise)” is a parody song that quotes some of the lyrics of the French national anthem, “La Marseillaise”.

When the song was released, the whole country of France was in an uproar.

Before the concert, he was apparently informed by the police that they could not guarantee his safety and had to cancel the concert.

But he went ahead with the show.

It was expected that there would be some extremists in the crowd at the concert.

In the tense atmosphere, the band members refused to go on stage.

In this situation, Gainsbourg went to the stage alone and sang “La Marseillaise” a cappella.

The militants were taken aback by his appearance and could only listen to him sing.

This story is now passed down as a legend.

When I read this anecdote in my obituary, I knew I had to hear the other album.

However, I introduced the other song.

As far as music goes, I prefer this one, “Lola Rastaquouere”. 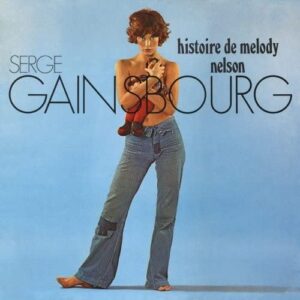 His best work is this Album.

It tells the story of a middle-aged man who meets a girl named Melody Nelson and ends up in tragedy.

This song was also covered by Les Rita Mitsouko.

Incidentally, the model for this melody is Jane Birkin, who appears in the jacket.

The reason why she is hiding her belly in the jacket is because her belly was swollen at that time.

She was pregnant at the time.

Charlotte Gainsbourg was in her belly at that time.

This album depicts a tragic story, but in her personal life, she was at the peak of happiness. 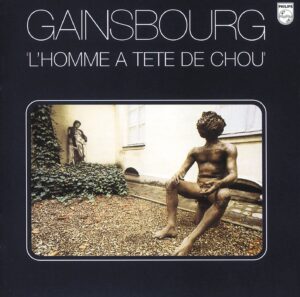 This album is also a concept album.

This film is a concept album that tells the story of a man called “Cabbage Head Man” and Marilou, a woman who used to be a shampooer at a barbershop.

His Album concept is all about love stories with women.

Gainsbourg was a playboy.

Among those he is said to have had relationships with were.

But he was a sexy man anyway.

His pheromones are well expressed in his music.

This song, for example, is like Lou Reed with too much pheromone. 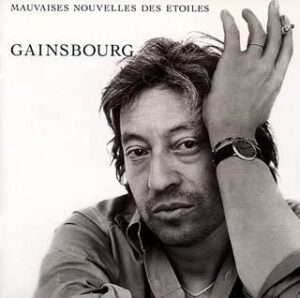 I have just introduced a reggae song called “Lola Rastaquouere”.

This album is a sequel to it, and the following two people are in charge of the rhythm.

Robbie Shakespeare on bass, and I-Three in the female chorus.

The last album was a big hit because of its parody of the French national anthem.

I thought they might have reflected a little on that, but there was a problem song here too.

The song is called “Evguenie Sokolov,” and it is full of farting sounds.

He had been drinking and living a decadent life for years.

He was a self-destructive, decadent person. 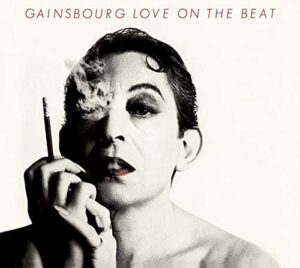 In this album, she duets with her beloved daughter, Charlotte Gainsbourg.

But there is one problem.

This song reminds me of incest.

She has her daughter sing “Your kiss is sweet” and “I love you”.

Charlotte was 14 years old at the time.

In the promotional video I mentioned above, two exposed people are cuddling in a place that looks like a big bed.

He also had this happen in his later years.

He made many television appearances in his later years, but he never shaved and often showed up drunk.

When he performed with Whitney Houston, he remarked, “I want to fuck you.”

On the other hand, he has written more than 550 songs in his lifetime and has been covered more than 1000 times.

He is a man who has a charm that attracts, yet leaves many French people in awe.