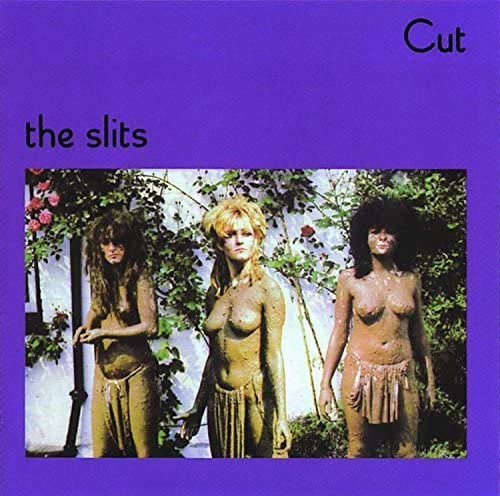 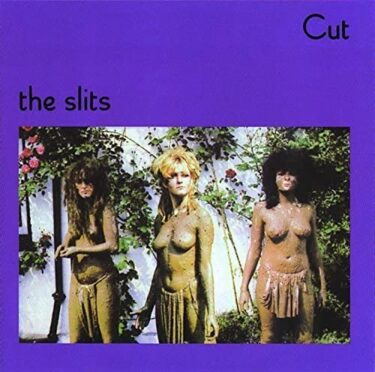 We have created a ranking of the Slits.

These girls are unconventional.

They have captivated listeners with their wildness.

Their music may be just a byproduct of their free way of life.

If you are bored with your daily life, this music will cheer you up. 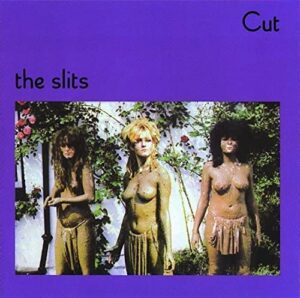 First, take a look at the video.

At the beginning of the video, the girls are running around in the forest at quite a speed.

With unidentifiable folk music playing in the background.

This video may tell you more about who they are than my words can.

Then the song starts, and the sharp, saw-like tone of the guitar and the low, swelling bass are exciting.

At that young age, he knew exactly who he was and what he had to do.

When I first heard this album, I thought it was very strange music.

I usually listen to music while doing something, but this album is not background music.

The guitar, bass, and drums are so disjointed that I can’t hear them all.

The guitars, bass, and drums seem to be playing separately, but strangely enough, there is a sense of unity.

I don’t want to sound too formal, but if you can, I recommend listening to their music at high volume or with headphones.

If you don’t, you won’t be able to hear the bass line that is so important. 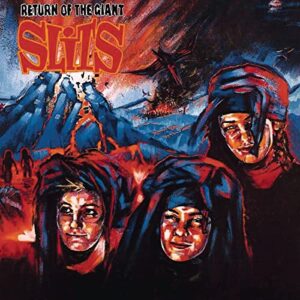 This is a selection from my second album.

It may be an homage to Upsetters’ “Return of the Super Ape”. 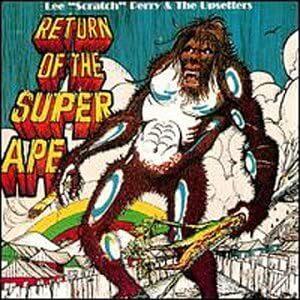 By the way, the band name “Slits” is obscene slang.

It’s not a normal idea.

The song title is also “Difficult Fun,” but it seems to be difficult to understand what they are playing. 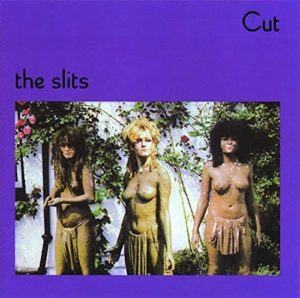 Their first and second albums were produced by Dennis Bovel.

Dennis Bovel is a reggae/dub producer who has released albums under the names Matumbi and Blackbeard.

All of them are great albums, so if you are interested in them, please check them out.

I think this song is one of the best Slits songs he’s done.

It has a radical, pop sound that I can’t get enough of.

Nevertheless, the reason for this ranking is my preconceived notions about covers of old songs.

I guess I haven’t caught up with the girls, whose ideas are much freer.

Originally, the girls were a punk band.

The songs on “In The Beginning,” a collection of early material, can only be described as punk.

However, the band has since mutated.

The Pop Group may have been a major influence on this change.

At the time, the girls tried to move from Island Records to Rough Trade Records, but that didn’t work out, so they moved to The Pop Group’s Y Records.

Improperly Dressed” is another song that sounds like fake world music.

It has a bit of a Middle Eastern feel to it, but the development from the 2:22 mark is thrilling, isn’t it?

No.6「Earthbeat」(Album:Return of the Giant Slits)

Let’s take a look at the members.

Incidentally, Palmolive, an important early member of the band, left before the debut, and Budgie played drums on this Album.

However, when Budgie left to join Siouxsie And The Banshees, Bruce Smith took over the drums for the second album.

The girls basically do not have a fixed drummer.

I think the core members are the above three.

As the song title says, this song is full of African-like drums.

By the way, there is a Japanese version of this song.

Here’s a link to the Japanese version.

This one is even creepier and more unrestrained than the English version.

When talking about this album, I can’t avoid mentioning the album jacket.

She wears only a loincloth and her upper body is naked.

He is wearing only a loincloth and his upper body is naked, and his body is covered with mud.

The video for this song includes a video of the making of the jacket.

There is a scene of him painting the mud, and dancing half-naked after it is completed.

However, Palmolive didn’t like the jacket, and left the band to join The Raincoats.

Incidentally, the title of this song is “Typical Girls”, which means “typical girls”.

At the time, the girls were in a very stimulating environment.

They were greatly inspired by Adrian Sherwood, the head of the On-U sound, and the New Age Steppers, who Ari and Viv were a part of.

Later on, Ari lived with the natives in the jungle and moved to Jamaica.

On the music side, he released a solo Album called “Dread More Dan Dead” in 2005.

The Slits also reunited and released a 3-song EP called “Revenge Of The Killer Slits” in 2006.

The Slits also reunited and released a 3-song EP called “Revenge Of The Killer Slits” in 2006, and this album was the first one produced after the reunion in 2008.

This is their first new album in a whopping 28 years.

It’s not as extreme as before, but it doesn’t disappoint.

This is one of the songs from the album.

In the past, their songwriting credits were in the name of the group.

I didn’t really understand who was responsible for what kind of music.

However, when I listened to Ari’s solo album, “Dread More Dan Dead,” which was released later, I felt that Ari was the central figure.

Ari’s solo album had a strong dancehall flavor, which I felt was common to this album.

Please listen to the following songs instead.

Incidentally, he also did such a straightforward reggae number in his early days.

The Slits – Fade Away

They are often referred to as a new wave or post-punk group.

But in essence, they could be considered a reggae band.

Ari’s maternal grandfather was the owner of a newspaper in Germany.

Ari’s mother is also known to have remarried John Lydon of the Sex Pistols.

Ari and John Lydon became father and son in law.

However, the father was shot and killed before the children were born.

Unable to fulfill her role as a mother, John Lydon and her mother took the children away from Ari and became their legal guardians instead.

She did not give her children a proper education, including reading and writing.

John Lydon played a duet with Ari in her hospital room the day before her death.

Reflecting on his memories of Ari, John Lydon said, “It was like a dream reunion.

Let me also quote another comment from a member of the Slits.

Viv remembers Ari: “For me, Ari’s greatest appeal was that she made Slits a place where any woman, no matter what she looked like, could feel comfortable with her body.

For me, Ari’s greatest appeal was that she made the band Slits a place where any woman, no matter what she looked like, could feel comfortable and at ease with her body.

Ari was a person who celebrated and found joy in the idea of femininity.

She had a sensual allure that made any girl feel better just by looking at her, whether she was on stage or not.

This is true. Ari’s life itself was revolutionary.

It is true that Ari may not have been a sensible person.

But his unconventional and uninhibited charm attracted many people, and he was an energizing presence.