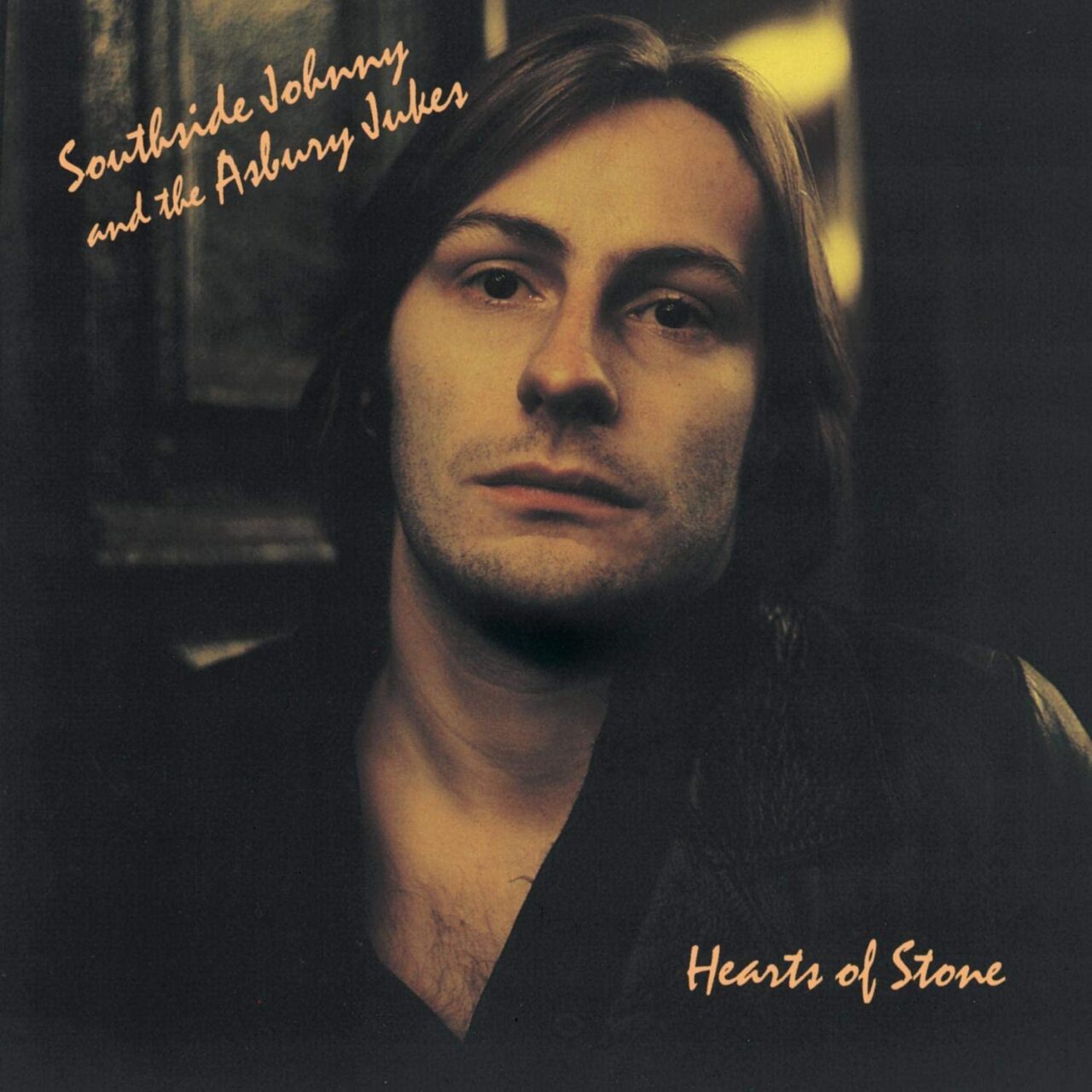 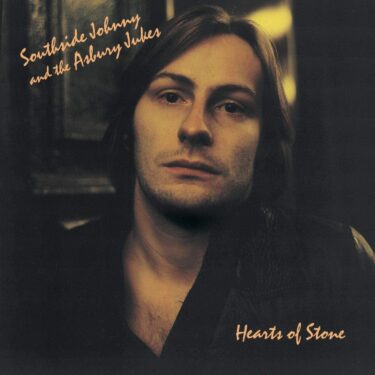 This time I created a ranking for Southside Johnny & the Asbury Jukes.

He is considered to be an associate of Bruce Springsteen.

It is true that their music is called Jersey Shore Sound, and they may have a lot in common.

But there are also differences.

Please use this ranking to reconfirm the appeal of Southside Johnny. 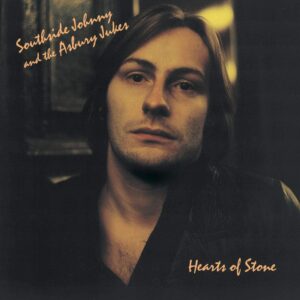 This intro shows that their music is influenced by soul music.

They have a horn section, so they have a lot of people.

When I counted them, there were 11 people in total.

But if you listen to this song, you may understand that that is how many people are needed.

The song is sung by Southside Johnny with a wind instrument on his back.

Rock is a genre that was originally born under the strong influence of black music.

Their music reminds us of this fact once again. 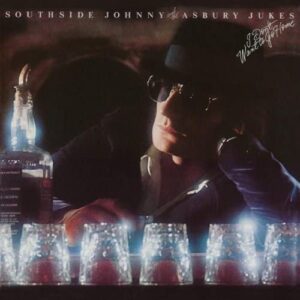 Not only in the U.S., but in the past, play used to be outdoors.

Nowadays, we have various entertainment options such as the Internet and games, and we can connect with others through social networking sites.

In the past, we didn’t have as many indoor entertainment options as we do now.

However, if you went out of your house, there were fun friends there.

This song reminds me of the time when I was in high school, spending the night with my friends, worrying about the time.

This song was written by Bruce Springsteen.

Springsteen has contributed many songs to Southside Johnny.

It is also well known that Jon Bon Jovi is a big fan of Southside Johnny.

I found a video of Jon Bon Jovi performing with Southside Johnny.

Jon Bon Jovi looks very happy in the video above. 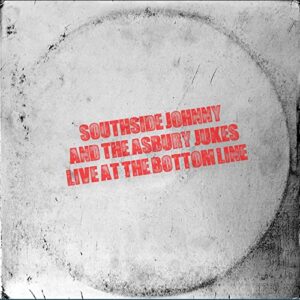 They are a band with strong oldies influences.

Now, in this song, they cover The Ronettes.

In this song, a woman named Ronnie Spector is the vocalist, not Southside Johnny.

Southside Johnny is part of the backing chorus, supporting her in the song.

You may be wondering who Ronnie Spector is.

Her real name is Veronica Bennett, the lead singer of the Ronettes.

The backing chorus is clearly inspired by Roy Orbison. 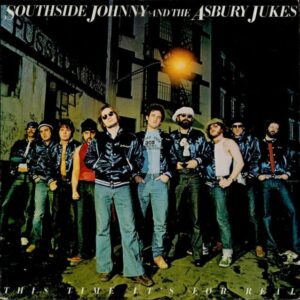 Southside’s vocals may not be as powerful as Springsteen’s.

But he is expressive.

He’s also not as thick a steak as Springsteen, but he may be better than the fat.

As far as vocalists go, I think they are about evenly matched.

But I think Southside Johnny is more influenced by black music than Springsteen, who has folk roots.

There are some blues numbers, which Springsteen doesn’t have as much of.

The performance on this song is also excellent.

The horns at the 2:24 mark in particular are a treat to listen to, and really get your heart pumping.

Southside Johnny and Springsteen are both from New Jersey.

Their hometown of New Jersey is said to be a suburb around a big city, close to New York City.

At that time in New Jersey, Springsteen’s The E Street Band and the Asbury Jukes were like a brother band.

Their music was influenced by old rock and roll, R&B, and oldies, and is called Jersey Shore Sound.

Specifically, if you listen to Springsteen and Southside Johnny, you’ll know what kind of music I’m talking about.

They seemed to be well known in their hometown even before their debut.

It’s true that at the time of this debut album, it seems like they already have a skeleton in place.

Southside Johnny’s parents had a record collection of blues and jazz music, and he grew up listening to them.

Southside Johnny is a stage name, his real name is John Lyon.

He then took a chance when he met Little Steven, also known as Steven Van Zandt.

No.8「Love on the Wrong Side of Town」(Album:This Time It’s for Real)

This album has the best jacket.

It looks like it was shot on Minetta Street in Greenwich Village.

Almost everyone is wearing a matching jacket.

Now, when we talk about them, we should not forget the contribution of Little Steven.

Little Steven is known as Springsteen’s one hand.

He has been a producer for both Southside Johnny and Springsteen.

He also has a music career of his own, which you can check out if you are interested.

He is a key player in the Jersey Shore sound.

This song was written by Springsteen and Steve Van Zandt.

The song is sung by Southside Johnny.

The three of them were originally members of the same band called Dr. Zoom & The Sonic Boom.

I found this video from that time.

Unfortunately, the band seemed to have broken up after about a year.

This band was a large one, with 13 members.

Since the breakup, the band has been split into two bands, the Asbury Jukes and the E Street Band. 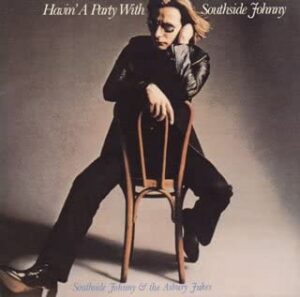 I couldn’t find a soundtrack of the same song as “Havin’a Party,” so I’d like to show you a video that sounds similar.

This song is often played as a highlight of their live performances, sometimes for more than 10 minutes.

Although it is not in the title of the video, the first half starts with a cover of another song called “It’s All Right” by The Impressions.

If you watch the video, you will see Southside Johnny, Springsteen, and Little Steven all together.

Up to this point, it could be said that they were in their prime.

After this, their sales and productions gradually declined.

The next album that caught my attention was 1991’s “Better Days”.

It is a substantial work comparable to the ones introduced here, so please check it out if you are interested.