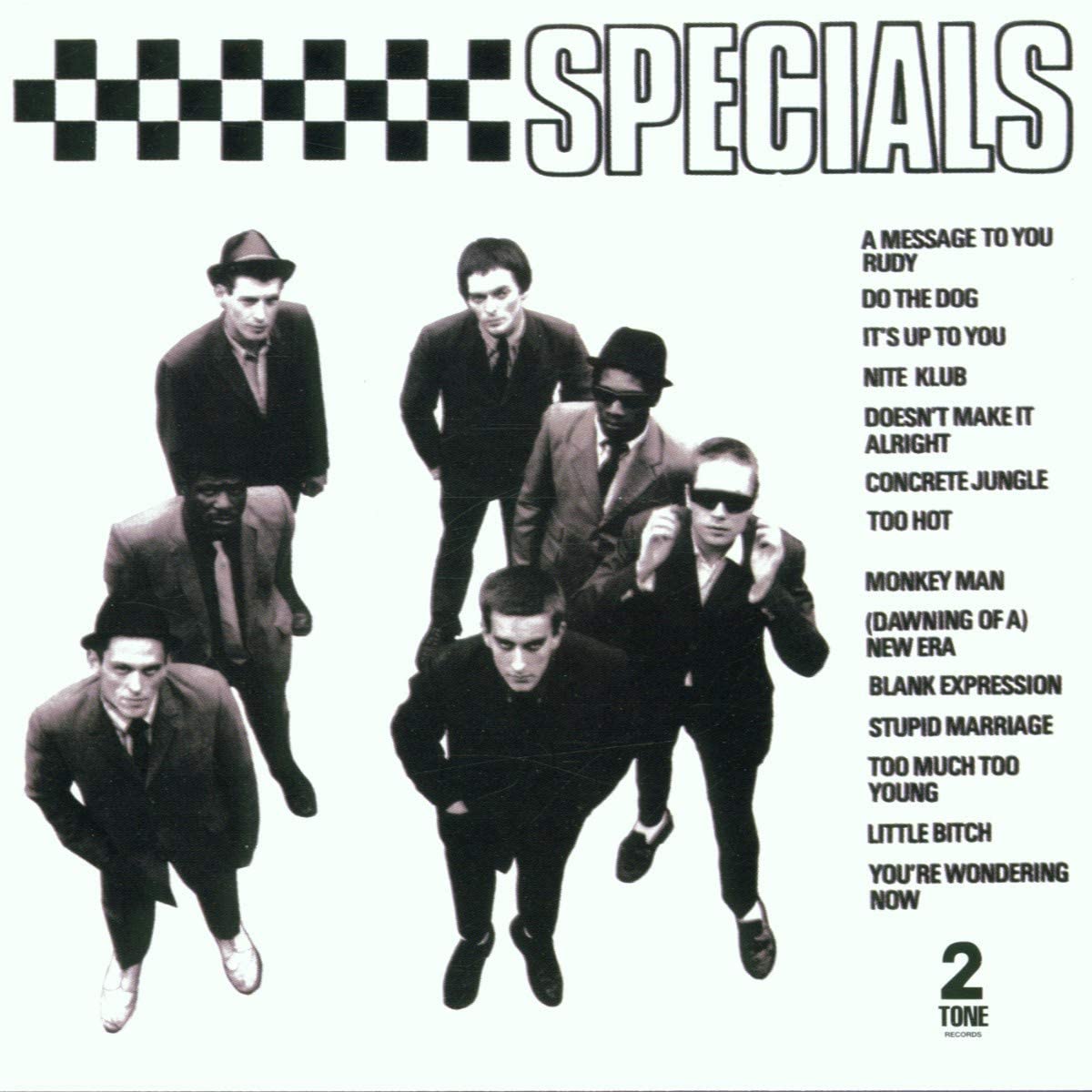 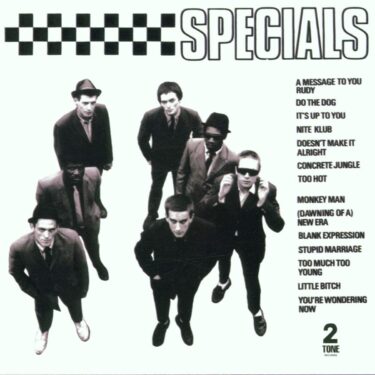 This time I created a ranking of The Specials.

They were a ska band only on their first album.

Since then, they have been changing and incorporating various elements greedily.

All of their albums are masterpieces. 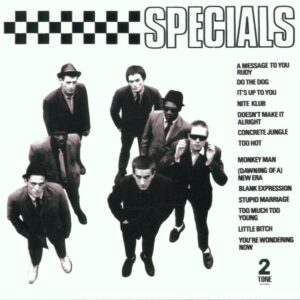 The original is by Dandy Livingstone.

Dandy Livingstone – Rudy, A Message to You (Official Audio)

They have many covers, but they are often true to the originals.

This song has my favorite trombonist, Rico Rodriguez, playing on it.

Rico also appears in the music video. I was so happy to see him again and again.

The original is a masterpiece, but it is even better than the original. 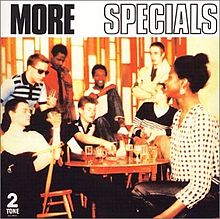 This music sounds like it could be used in some movie.

It is sung simultaneously by Terry Hall and a female vocalist.

She is also the vocalist of The Bodysnatchers, a fellow ska revivalist movement.

I love their song “Ruder Than You”.

On the performance side, John Bradbury’s drumming is excellent.

His drumming in the intro and at around 3:41 is very ear catching. 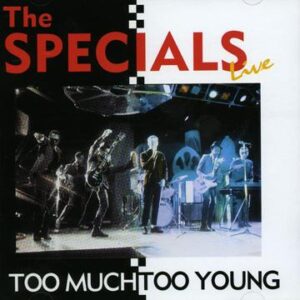 This music sounds like it could be used in some movie.

It is sung simultaneously by Terry Hall and a female vocalist.

She is also the vocalist of The Bodysnatchers, a fellow ska revivalist movement.

I love their song “Ruder Than You”.

On the performance side, John Bradbury’s drumming is excellent.

His drumming in the intro and at around 3:41 is very ear catching.

In this band, only erry Dammers and Terry Hall are famous, and the other members are not so well known.

Among the other members, Roddy Radiation is another name to keep in mind.

In the credits, he is listed as Roddy Byers, but this is Roddy Radiation.

He’s not the main songwriter, but sometimes he writes great songs.

The song “Rat Race” was also written by him.

He also plays an important role on the guitar.

He is more of a rockabilly guitarist than a ska guitarist.

In this song, he plays a rockabilly-like phrase at about 27 seconds.

The oldies-style saxophone is also a nice touch in this song.

It was played by Lee Jay Thompson of Madness. 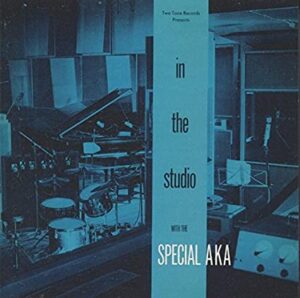 This is a selection from the third album.

This song is not Ska, but African Pop.

To begin with, this album contains various elements such as ska, soul, rock, new wave, African pop, and film music.

It’s a masterpiece that brings together all of these miscellaneous elements with Dammers’ sophisticated taste.

The song title is taken from the name of a famous anti-apartheid leader who later became the president of South Africa.

At the time, Nelson Mandela was imprisoned and forced to work.

In the lyrics of this song, they express their support for Mandela.

All of their albums are masterpieces, but this second album is my particular favorite.

I think this album has a good balance between pop and avant-garde.

Their pop sense is very British, and if you trace the origin, you may end up with The Kinks.

Why do I think this album is the best?

It’s because Terry Hall’s vocals are still alive and well.

On the third album, he left the band, so the vocals are a bit lacking.

Especially in this kind of music, Terry’s mellow vocals shine through. 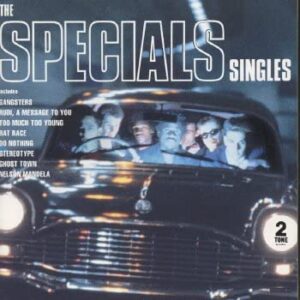 This song is their first single.

They were originally called The Coventry Automatics.

At the time, they were playing a kind of fusion of ska and punk music.

They later changed their name and debuted with this single.

Their debut was on the 2 Tone label.

At that time, 2 Tone had neo-ska bands such as The Selecter, The Beat, and Madness.

Most of these bands were influenced by punk.

Incidentally, it was Jerry Dammers who invented the term “two tone”.

They have three original albums.

However, there are many songs that are not included in the Album, and you will miss out on their representative songs if you only listen to the original Album.

One of their most popular songs, “Ghost Town,” also reached No. 1, but it is not included in the original album.

This song was also only released as a single, but it was a big hit, reaching #5 in the UK.

This song was released between the first and second albums.

It is an interesting song because it shows that their musicality was in the process of changing at this point.

For example, in this song, Jerry Dammers adds a harpsichord-like sound.

This was influenced by John Barry’s soundtrack.

The next song, “More Specials,” was more cinematic, and I think this song was a preview of that.

The original is below.

I mentioned earlier that they tend to be faithful covers of the originals.

This song doesn’t change the melody or tempo too much, but it does add a little twist at the end.

It ends with a cappella.

This first album was produced by Elvis Costello.

Costello has produced other great albums, but he always seems to take advantage of the quality of the material.

I don’t know what kind of contribution he made to this first Album.

But I think he succeeded in bringing out their charm at least.

Before this Album, the band split in two.

Terry Hall, Neville Staple, and Lynval Golding went off on their own and formed Fun Boy Three.

The remaining members, on the other hand, continue to perform under the name The Special AKA.

The latter had a leader, Dammers, and many people consider them to be the de facto Specials.

Terry was the vocalist in The Specials.

However, in the Specials, Terry’s color is not quite visible.

After that, Terry went on to form various bands such as The Colourfield, Terry, Blair & Anouchka, and Vegas.

This song is another hybrid and strange song, but it has an addictive charm.

The second album starts with this song and ends again with another version of this song.

I prefer this version to the first one, which closes the album.

This song is also a cover, but the original song here is not Ska or Rocksteady.

It is an old American popular hit number written in 1949.

I think she has good taste in reusing old songs like this, which she found from her grandparents’ records.

It’s like someone who has successfully remade old clothes and incorporated them into their coordination.

Since their second album, they have been incorporating a variety of music.

However, they have always been able to put the various elements together to create good quality music.