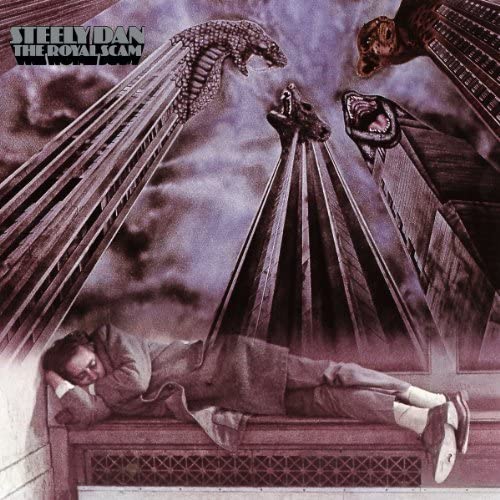 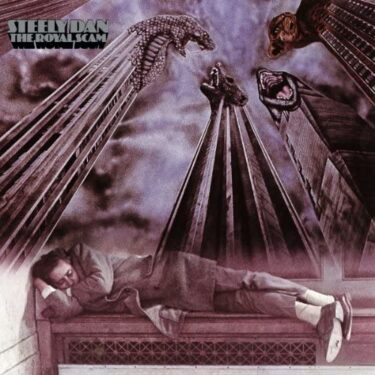 In this issue, we have created a ranking of Steely Dan.

What makes this band so special is their perfection.

They have spawned many followers, but no one has ever reached their level.

The songs are so complete that it is almost morbid. 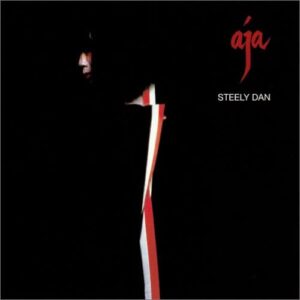 This song is known for its legendary guitar solo.

Even after calling over 10 top guitarists, they were not convinced.

Then, Jay Graydon showed up.

He was made to play until he got the OK, and eventually he played guitar for six hours.

The performance starts at 1:46.

It’s a great performance by Graydon.

Rick Marotta’s tight drumming is also worth listening to.

This song is also famous for being sampled in De La Soul’s “Eye Know”. 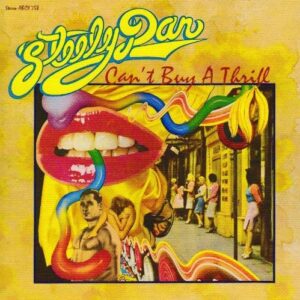 This song is covered by ivy.

Ivy – Only A Fool Would Say That

There are not many bright songs in Steely Dan.

They are not dark, but they are not simple and straightforwardly bright, probably because they are too intelligent.

This song is one of their lighter and brighter songs.

Their songs can be difficult for beginners.

When I recommend a song by this band to a beginner, I will play this song first. 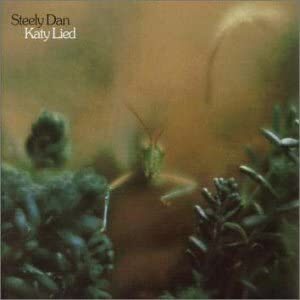 There are not many bright songs in Steely Dan.

This song is one of their lighter and brighter songs.

They are not dark, but they are not simple and straightforwardly bright, probably because they are too intelligent.

When I recommend a song by this band to a beginner, I will play this song first. 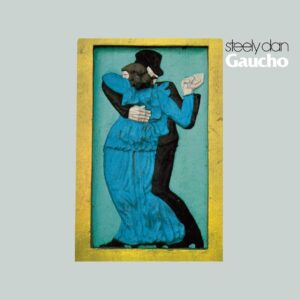 First of all, the guitar in the intro is wonderful.

The guitarists playing in this song are Hugh McCracken and Walter Becker.

The mellow guitar at 1:56 is also great.

From what I’ve heard, I think the intro is Walter and the interlude is Hugh.

Donald Fagen’s keyboards from about 10 seconds in are like “The Nightfly”.

I think they are basically Album artists.

However, they could write songs for singles if they wanted to.

On this album, this song was cut as a single and reached #10 and the top ten.

They were album artists, but they were able to write hit songs on target.

In the intro of this song, Horace Silver’s “Song for My Father” is quoted.

Horace Silver – Song For My Father

It is quite well known that they are strongly influenced by jazz.

This album in particular shows the influence of jazz the most.

The song “East St. Louis Toodle-Oo” is a cover of Duke Ellington.

Parker” in “Parker’s Band” is a reference to the jazz saxophonist Charlie Parker.

There are many songs in their music that show their longing for jazz.

The saxophone arrangement for this song was done by Tom Scott.

However, it seems to be played by Pete Christlieb, not Tom Scott.

At that time, it was customary for the band to invite various top musicians and re-record the song many times.

With Pete, however, the recording was completed in about 30 minutes.

Indeed, the saxophone playing on this song is wonderful.

Some time after this recording, Pete Christlieb heard his playing in many places.

I would like to mention the producer, Gary Katz.

Gary produced the band from their debut to “Gaucho”.

But in this band, Donald and Walter were also like producers.

It’s hard to know what Gary’s contribution was at that time.

Many things have been said about Gary Katz’s work.

Some people claim that he had a strong influence on their music, while others don’t think so.

Others say that it was his job to bring in the players that the two of them requested.

But Gary also produced “The Nightfly” by Donald Fagen.

To be honest, I don’t know either, but I do know that the work he has produced has been nothing short of masterful.

Their debut song is not this one.

It is the following song.

It did not sell well at all, so many of you may not know about it.

In the early days, their whimsicality had a certain charm.

This song was also a big hit, but I think it’s quite an eccentric song.

There are a lot of oddities, like the use of electric sitars and progressive keyboards.

Compared to their debut song, this song has a lot more of their personality.

I wonder if they tried to do what they wanted to do since their debut single was not a hit.

This is the second single from the first album.

However, after the piano takes the lead, the song changes to a more sophisticated tone.

The band was originally from New York, but after being discovered by Gary Katz of ABC Records, they moved their activities to the West Coast.

At that time, the West Coast sound, with its fresh, open feel, was in vogue.

In the early days, they sometimes sounded like a West Coast band.

This song, for example, sounds like a song by The Doobie Brothers. 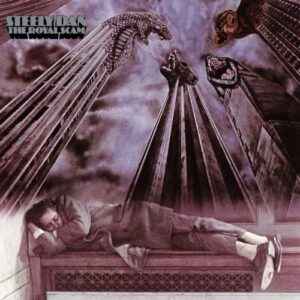 This album is a masterpiece of the middle period.

This album is characterized by a strong rock flavor.

Bernard Purdie’s drumming is not quite rock, but it fits the song.

The highlight of this song is Walter Becker’s guitar solo.

Please listen from about 2:00.

I think Walter Becker is underrated as a guitarist.

I think he is underrated as a guitarist, but he was able to play like this, yet he brought in outside guitarists and played bass. 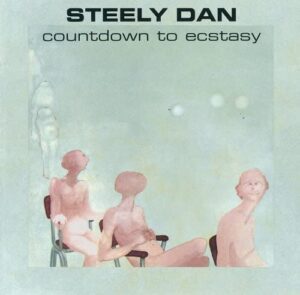 There is another song from this album called “Bodhisattva”.

I have conflicting feelings about their later works.

They are certainly of high quality.

But it is too perfect and somehow unsettling.

But these early songs have a more frank appeal.

It’s the kind of song you might recommend to the person next to you on the train, even if it’s just a cookie.

It’s a song you can easily enjoy.

When they debuted, they had a vocalist named David Palmer.

At the time, Donald Fagen was not confident about his vocals and did not want to sing much.

At the time, Donald Fagen was not confident about his vocals and did not want to sing much, but Gary Katz and others told him not to.

However, against his will, the people around him gave him high marks, and David Palmer lost his place and eventually left the band.

For example, please listen to around 1:30 of this song.

In a song as simple as this one, Donald’s singing is outstanding.

This song also features Michael McDonald in the background chorus.

Michael’s chorus at 1:21 is also wonderful.

They have always had a reputation for their meticulous studio work.

But with this album, they’ve upped the ante.

They broke the songs down into smaller parts and outsourced the quality performances.

As a result, the number of players increased, and on this album, there are six players on drums alone for seven songs.

I, for example, think that Steve Gadd alone is enough.

This perfectionism is also evident in the album cover.

Their work may have become haute couture from this album.

If you were to ask me which is the best album of theirs, I would have a very hard time.

If you were to ask me now, I would probably say this album.

In this article, I have tried to give you an overview of their appeal with a limited number of songs.

After that, please check out the album by album.

There are not so many songs that are not included in the album, but the most important ones are as follows.

Steely Dan – FM (No Static At All)

This time, I’ve covered the album up to “Gaucho”.

Since then, they have released the following two original albums and two live albums.

Two Against Nature
Everything Must Go
Alive in America
Plush TV Jazz-Rock Party.

I have not been able to listen to the last live album.

I’m sure I’ll have a chance to listen to it sooner or later, but until then, I’m going to keep it for myself.