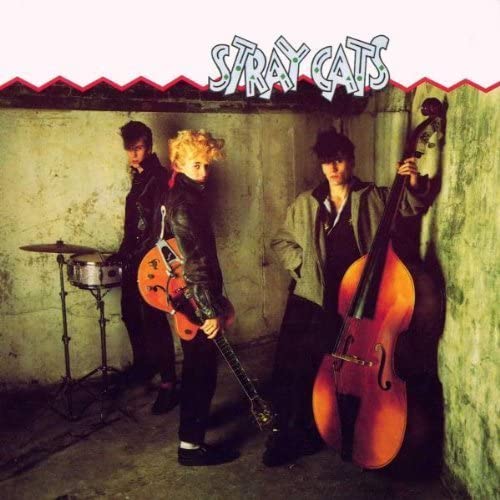 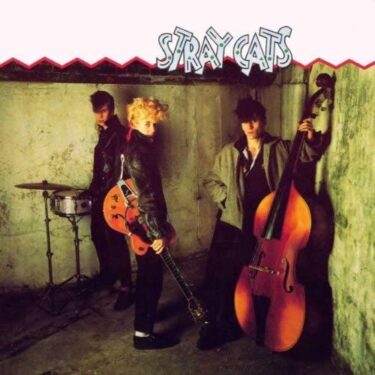 In this article, I created a ranking of Stray Cats.

They are a popular neo-rockabilly band.

However, they have transcended the boundaries of rockabilly and have gained popularity all over the world.

This time, I focused on their rockabilly songs. 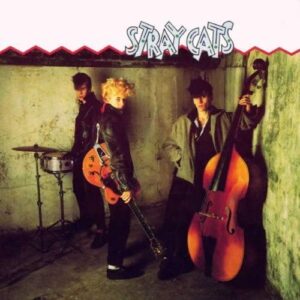 The music video for this song has a wonderful oldies feel to it.

The first scene at 48 seconds is Brian spinning around and holding hands with a woman.

Then, at 1:30, the scene where he dances with a woman in a white dress looks like a scene from a movie.

The other two performers are also very cool.

This song became the first top ten hit in its home country, the United States.

Selling in the U.S. means that it will be heard all over the world.

They may have rocked not just one town, but the whole world. 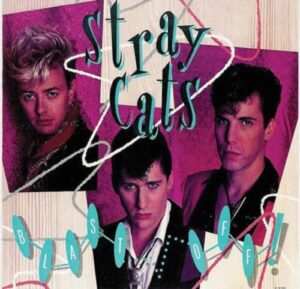 The first reunion album was the cover album “Rock Therapy”.

It was not as good as the first album.

However, with this album, which came out next, they reached their musical peak again.

To put it bluntly, this album is as good as their great first album.

There are many people who say that this is their best work.

The first song on this album is this one.

Fans were probably overjoyed when they heard this song.

They are the following three members.

Usually, three-piece bands have a lot of confidence in their performance.

Stylish guitars, swinging bass, tight drums, all are evenly matched in their skills.

As an example of this, listen to this song.

At this level of performance, it seems that there is no need for singing.

However, from 2:44 on, the chorus folds in like a badge of honor.

It’s such a great song that it’s a wonder it hasn’t been cut as a single. 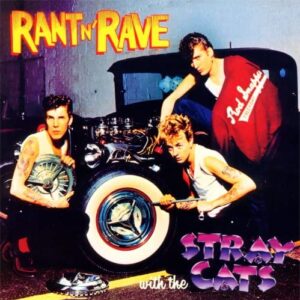 Their biggest hit was an edited version called “Built For Speed”.

Nowadays, it might be natural for a band to debut simultaneously all over the world.

At the time, however, this was not always the case.

At that time, they had debuted in the UK, but not yet in the US.

In order to make their debut in the U.S., they combined the best songs from the first and second albums into one disc, which is the edited version I mentioned above.

When it was released, it spent 15 consecutive weeks at No. 2 in the US.

Now, “Rant N’ Rave With The Stray Cats” is the next album, the third one in the UK and the second one in the US.

However, it was not as well received as the previous album.

Listening to it now, it doesn’t sound so bad.

This song in particular, which adorns the awning, has a very pleasant bo-diddley beat.

This song has a song title “Gene & Eddie”.

As the song title suggests, it is a tribute to Gene Vincent and ddie Cochran.

This song is a mix of two of their songs.

The original songs are Gene’s “Be-Bop-A-Lula” and Eddie’s “Summertime Blues”.

Both are famous songs by the Fifties.

The idea of combining these two songs is wonderful in itself. 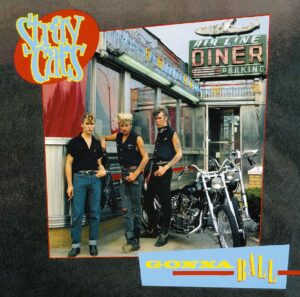 What kind of music is rockabilly, anyway?

Here’s a quote from Wikipedia

It was born in the early 1950s in the southern United States, in areas such as Memphis, as a result of the fusion of black music, blues, and white music, hillbilly (English version), country, and bluegrass.

Rockabilly has always had an enthusiastic following.

However, in the late 1970s in England, there was a movement to reevaluate it, and bands called Neo Rockabilly appeared.

The Blue Cats, The Rockats, and Robert Gordon are particularly famous.

However, many of these bands are not well known to the general public.

Among them, the Stray Cats are the most well known.

This song, for example, is especially recommended for those who are new to rockabilly.

The producer of this album is David Edmunds.

The second album, however, was produced by themselves and Hein Hoven instead of Dave, and the rockabilly aspect of the album became less rockabilly.

After that, they stopped their activities and split into two groups.

Those albums are not bad, but they are not rockabilly.

Then they reunited and created this Rockabilly Album under the production of Dave Edmonds.

When they worked with Dave, the rockabilly color became stronger.

This is their debut single.

If you look into their roots, you will find that they are surprisingly close to punk.

After they formed, they were active in their home country, the United States.

At the time, they sometimes played at punk mecca places such as CBGB and Maxis Kansas City.

Later, when they found out that the 1950s Teddy Boys were popular in England, they decided to perform in England.

As a result, the song reached number 9 in the UK.

At the time, they were marketed as delinquents, but this song was about a delinquent boy who even his parents had to deal with.

This song is about a delinquent boy who even his parents had to deal with, which may have been the real them.

In fact, at that time they were involved in an assault on their manager.

They are adults now, but at that time they were still young and could not control themselves.

While the first album had a strong rockabilly flavor, this one may have a stronger jazz or blues flavor.

There is a jazziness that is noticeable, which is connected to the later The Brian Setzer Orchestra.

This is the song that I like the most.

It has a great cheesy good rockin’ intro.

The bass in this band is a wood bass and the drums are standing drums.

Wood bass is an instrument often used in jazz.

The drummer, Slim Jim Phantom, originally had a strong influence from jazz.

They may have a stronger jazz influence than other neo-rockabilly bands.

I think this song is more like swinging rock than rockabilly.

This guitar solo was voted #92 in Guitar World magazine’s “Top 100 Best Guitar Solos of All Time”.

The other two players are also really great.

The combination of the three of them might be a miracle.

They were doing well at their debut.

However, they went through some twists and turns, such as stopping their activities at the height of their popularity and moving away from the rockabilly line.

However, they have continued their musical activities consistently since then.

They have released an album called “40” under the name of Stray Cats.

Here’s one song from that Album.

Stray Cats – Cat Fight (Over A Dog Like Me)

They seem to have come back to the time when everyone loved them.