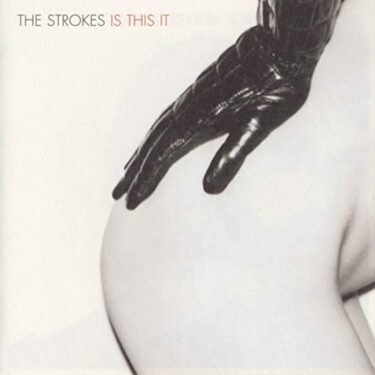 In this article, we have created a ranking of the Strokes.

These guys are one of the leading rock bands of the 2000s.

Their first album in particular is said to be a symbol of the rock and roll revival.

At that time, even rock bands that featured good melodies were gaining popularity.

In such a situation, bands with the influence of garage rock, led by the Strokes, came out one after another and dominated the scene.

However, the Strokes’ appeal is not limited to such garage rock.

In this article, I would like to take a closer look at the appeal of this band from various angles. 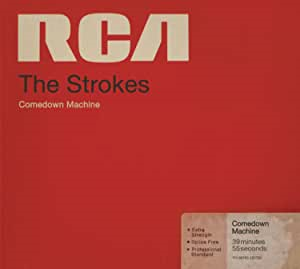 It is said that the Strokes’ first album is their masterpiece.

It is indeed a great album.

No matter how good their albums were after that, they were destined to be called insufficient.

However, in my mind, the curse of the first album became less of a concern after this album.

When I decided to make a ranking of the Strokes this time, I was sure that “Last Nite” would be number one.

But I forgot that this song was there.

Some may disagree, but in my opinion, this song surpasses any song on the first album.

But then again, anything is possible with the Strokes’ recent work.

If you take off the colored glasses, this song sounds very appealing.

The rare falsetto vocals in particular give me goose bumps.

It’s great to hear a slightly blistering vocal like Morrissey of The Smiths, but of a different type. 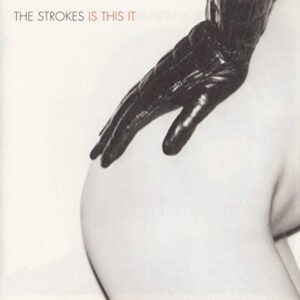 With the release of this album, the Strokes became not only one of the most iconic bands of the 2000s, but also one that will go down in rock history in bold letters.

When this album was released, I felt like I was witnessing a legend in the making.

There is not a single song that is a throwaway, in fact, every song is a masterpiece.

The first of these is this song.

When you listen to it again, it is a simple song.

Just a ticking guitar and a light rhythm that bounces a bit, with a hooky melody sung over it.

The fact that such a simple song could be made to this level shows that there was a special magic at work in them at this time.

The song was easy to dance to and was often played in clubs at the time.

The way it ends with the guitar ticking is also cool.

The first thing that struck me was the degrading 80’s style treatment of the sound in the intro.

The ticking guitars sounded exactly like this is what the early Strokes were all about.

The vein-busting vocals on top of it was a winning pattern for them in the early days.

When the chorus hits, you are slammed into a frenzy.

When this album was released in 2001, Travis released “The Invisible Band” and the following year, Coldplay had a huge hit with “A Rush of Blood to The Head”.

I love both bands, but there may have been a tendency to favor songs with lyrical melodies.

This is when they appeared on the scene.

I think it was COOKIE SCENE magazine at that time, and I remember that this song was included in the supplemental CD, and it had a foreign presence mixed in with the tasteful songs.

I think this is the song and album that created the rock and roll revival scene. 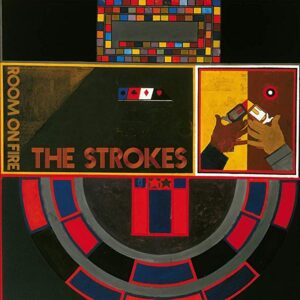 The second album was initially produced with Nigel Godrich as producer, but they had a disagreement.

In the end, he was replaced by Gordon Raphael, who had produced the first album.

As a result, many of the songs are similar to those on the first album.

At first, I thought the song was relatively relaxed, but then Julian started to growl at the chorus.

It’s a song to enjoy the explosion of the chorus.

I’m sure many of you will be nodding your heads and saying, “Yes, yes, yes, this has to be it.”

But the way he sings is hard on the throat, isn’t it? 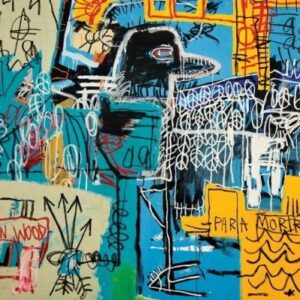 It’s been seven years since the last album.

In the meantime, all we heard were rumors of discord between the members.

Of course, this was not a rumor, it could have been true.

In the meantime, Julian had released two albums with his band, Julian Casablancas + The Voidz.

When the band changed its name to The Voidz, some people must have thought that the Strokes might be over.

However, a new album has been safely released.

And it’s a heartbreakingly good one.

I thought it wouldn’t be a bad album since it was produced by Rick Rubin.

This song has a great feel to it, with a slightly cracked sound.

This song is representative of the garage-y feel of the first album.

Julian has a raspy voice that doesn’t match his sweet looks, but his vocals shine in this song.

The intro is a little weak, and then the two guitars start to intertwine, which is cool.

Then, in the chorus, the song is sung with a tension that makes you feel as if you’ve bitten your eyes out, bellowing, “Are you going to take it or not?

The lyrics are trivial and about a girl.

But when you hear it at the end of the album, it sounds like, “Do you think our music is good or not? 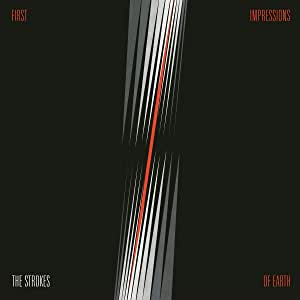 This is a selection from my third album.

This song is not often mentioned.

I picked it up because it is my personal favorite song. It’s a song that strangely interests me.

This may be another song that Morrissey would sing.

This album may have been made in response to the criticism that their previous album, the second one, was a double-edged sword of their debut album.

It gives you a sense of the breadth of the music.

It contains slightly different songs like “Ask Me Anything” and “Ize Of The World”.

The latter in particular is one of the most representative songs of the album.

As for this song, it’s not completely different from the previous ones, but the guitar seems to have taken on a slightly clearer tone.

The details of this song make me feel that he is slowly but surely starting to change.

Many people seem to think that this album is a return to the roots.

I agree with them.

“Brooklyn Bridge to Chorus” still has the 1980’s flavor, which is cool and dorky.

Also, “Bad Decisions” is a rock and roll tune that has a bright look like the second album.

However, this song also has a different charm from the first album.

This song has a different charm from the first album, which is the falsetto vocals and the clear tone of the guitar.

At 1:03, when the guitar takes over the melody from Julian’s falsetto, it gives you goose bumps, doesn’t it?

It seems that the time of trial and error has not been wasted. 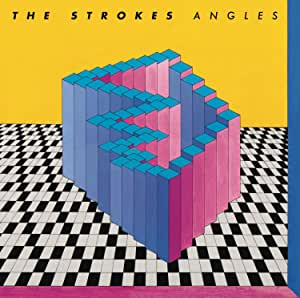 This album was met with a lot of complaints when it came out.

There must have been a lot of fans who had high expectations for this album, since it was five years apart from the last one and finally arrived after a long wait.

There are more pop songs overall, and the sharpness seems to have disappeared.

The guitars sound like they were showing signs around “Red Light”, and I feel that the trend of trying to break away from the garage-like sound has finally reached this point.

Basically, I think their fans like the slightly rough and violent sound of the first album.

I guess that’s why everyone voiced their dissatisfaction.

However, if you think about it in a different way and don’t want the same intensity as before, I think this album has many good songs.

I can understand why some people are dissatisfied with this album, but if you listen to it again once in a while, you will find that it is not so bad.

As I mentioned earlier, the second album is said to be like a sequel to the first one.

At the time of its release, I thought that it was similar to the previous album, but with a little more pop.

This song, for example, shows how the band has moved away from pop music in the next album, but has since shifted back to pop music.

This song also has a touch of the Atys, like Cars.

The handclapping in the middle of the song is also very catchy.

I think the song is very attractive.

But on the other hand, I wish they had used a more garage sound.

The third album is one of their most popular albums and has a strong following.

It is certainly an album that broke out of the rut.

There is no doubt that the theme of this album was to broaden the scope of their music.

It’s an album that seems to have brought out the various charms of the band as a whole from the leadership of the main pillar, Julian.

Other band members started to participate in songwriting, and the band’s performance became more diverse.

In the past, I think Julian wrote all the songs, and we had a relatively conventional sound to go with them.

This was not a bad thing, in fact it was a good thing in some respects.

However, the other members of the band did not necessarily have the same orientation.

For example, the clear tone of the guitars accompanying the vocals may have been difficult to imagine when the band first started.

I think the extended guitar is the best part of this song. 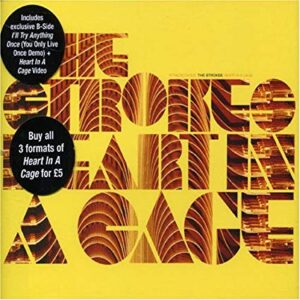 Finally, I would like to introduce a hidden gem.

As avid fans will know, this song was used in Sofia Coppola’s movie “Somewhere”.

It is not on the original album, but it is on the single “Heart in a Cage”.

This song is a DEMO version of “You Only Live Once” from “First Impressions of Earth”.

As you can see from the different song title, the tune is quite different, and this one is a slow number.

I think “You Only Live Once” is also a pretty good song, but I’m going to give the edge to this demo version.

I think “You Only Live Once” is also pretty good, but I’d give the edge to the demo version of this song, which has the same quality of lyricism as “Trying Your Luck.

It’s more of a Julian song than a Strokes song, though.

Once again, this is a great song that makes me feel Julian’s sex appeal as a vocalist.