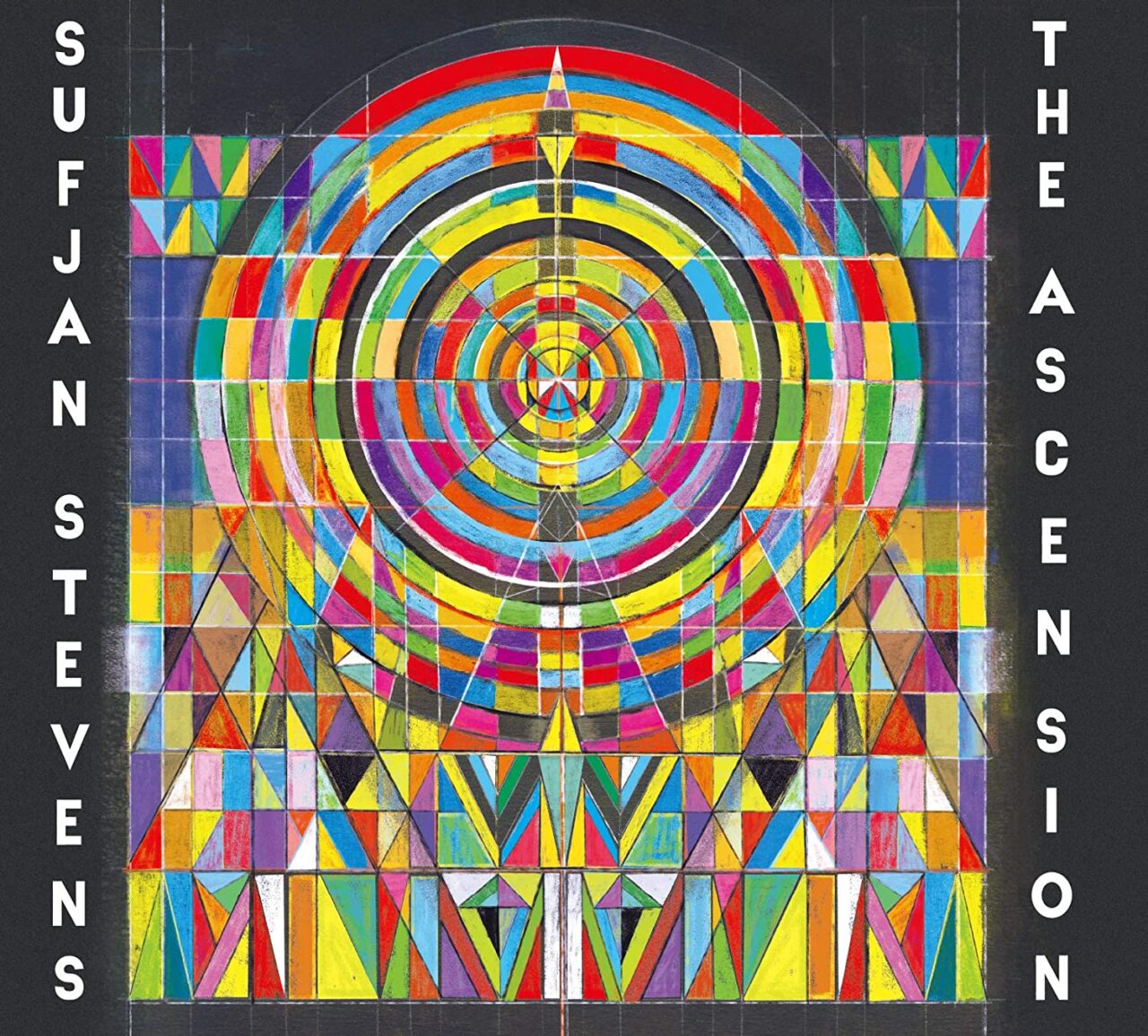 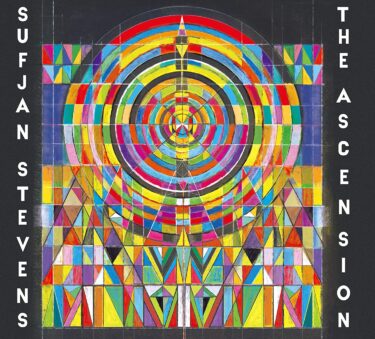 In this article, I have created a ranking of Sufian Stevens.

He has many great songs, so I think the songs that people choose will vary considerably.

It may be difficult to choose even a safe song.

So this time, I’m going to open up and just recommend the songs that I think are good based on my personal taste.

If you have never heard of them, please take this opportunity to check them out.

You are a waste of time if you don’t listen to them. 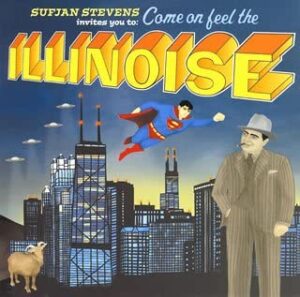 The Album Title is Illinois and the Song Title is Chicago, the largest city in Illinois.

The protagonist of this song is on the way to Chicago and says to himself, “I’ve made so many mistakes in my life.

I’ve made a lot of mistakes in my life, but this time I’m sure my love will work out.

He did a lot of research on Illinois and Chicago to make this album.

The album cover says “Sufjan Stevens Invites You To: Come On Feel the ILLINOISE”.

This album was the first album to enter the album chart, probably due to the success of the local song line.

However, the highest ranking was 121st, which was not so good.

However, it ranked high in the annual rankings of various music magazines, which gave us a clue to the next step. 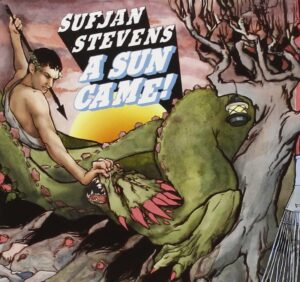 This song is a love song, and it tries to express what kind of person she is by using various ways of saying “You are a hundred.

Incidentally, the song title “You Are the Rake” means “You are the rake”.

You can see it on the bottom right corner of the album jacket.

To begin with, some of his lyrics are too difficult to understand.

In this song, he sings that you are a rock or a rake, but I honestly don’t know what he is trying to say.

This person is also a novelist, and has a novel on his website.

If you like novels, I hope you will read them. 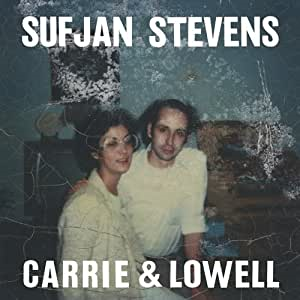 Their parents divorced when Sufian was very young.

His mother was mentally ill, so Sufian was raised by his biological father.

Soon after the divorce, her mother remarried a former classmate, Lowell, but they divorced again soon after.

However, Sufian and his stepfather Lowell continued to communicate with each other, producing the album “Aporia” under their joint name and managing the indie label “Asthmatic Kitty” that he founded.

On the other hand, after the divorce, Sufian’s mother disappeared from his life and he hadn’t heard from her since then.

It was only in 2012 that she finally met her mother again, but at that time she was bedridden with terminal cancer.

This album was made in response to her mother’s death and to help her sort out her feelings.

No.4「The Predatory Wasp of the Palisades Is Out to Get Us!」(Album:Illinois)

You may think that the song title is a bit long.

However, there are many longer song titles in this album, and this one is rather short.

The longest song title, by the way, is as follows.

The Black Hawk War, or, How to Demolish an Entire Civilization and Still Feel Good About Yourself in the Morning, or, We Apologize for the Inconvenience But You’re Going to Have to Leave Now, or, ‘I Have Fought the Big Knives and Will Continue to Fight Them Until They Are Off Our Lands!

There are 22 songs with such long song titles that just reading the song titles makes me feel like I’m reading a book.

This person’s music is called chamber rock or chamber pop.

This song, for example, could be called orchestral pop.

No.5「For the Widows in Paradise, for the Fatherless in Ypsilanti」(Album:Michigan) 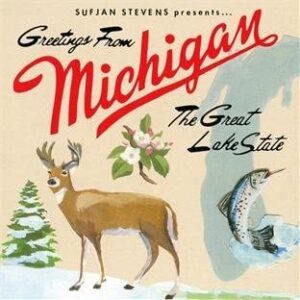 Not long before this, he announced his “The 50 State” plan to create an album with all the states of the US as its theme.

However, he only said this for publicity purposes, and had no intention of doing it from the beginning.

Well, that’s not very realistic if you think about it normally.

In the end, the local series ended with only this album and “Illinois”.

This kind of behavior may make you think that he is a lazy person.

However, there are times when he deliberately makes himself look bad or makes a bad joke.

This is what he said in an interview after reuniting with his mother, who was lying in a hospital bed with terminal cancer.

No, I was ashamed of her.

When he published “Illinois”, he also said that Illinois was just a material.

When judging his words and deeds, you might want to consider his pseudo-evil tendencies. 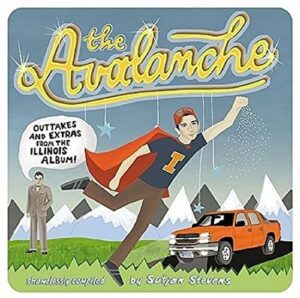 This album is a compilation of songs that could not be included in “Illinois”.

Incidentally, this is a man who has been in the music business for 20 years, but there is no best album.

At least I couldn’t find it.

There is an album with the curious title “The Greatest Gift”, but it is not a best-of album.

However, the single has been released.

So I checked the songs I chose against the singles, and found only one duplicate, “Should Have Known Better”.

As I mentioned at the beginning, the problem is that there are too many good songs.

If you like this ranking, please keep listening to the Album unit.

I’m sure you will find many more great songs than the ones I chose.

I’m sure you’ll find many more great songs than the ones I’ve selected, because even songs of this caliber were not included in the album at one time. 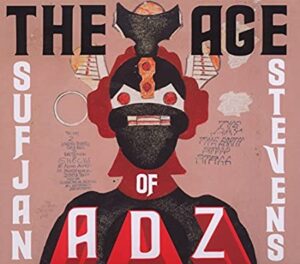 This album was a huge hit, reaching #7 on the US album charts.

I have described him to people as follows.

He has a sense of melody like Elliott Smith, and sometimes writes rusty songs like Passion Pit.

His sound is like folk music mixed with chamber pop and electronica.

Now, the unearthly religious feeling of this song is something I really like.

He was a member of a band called Marzuki in the mid to late 1990s.

The band name Marzuki is the first name of Sufian’s brother, a professional marathon runner.

Here’s a link to a sound recording from that time.

Marzuki – No One Likes A Nervous Wreck

When I was in the band, I could feel the influence of alternative rock.

The beginning of this song, for example, sounds like Nirvana, doesn’t it?

A Winner Needs a Wand” is a song from the first album.

Please compare the songs from the band’s days.

The ethnic flute in the song is unique, but this kind of stripped-down feeling came from the debut album.

I think his position as a musician is ideal.

He has released most of his albums on his own label, Asthmatic Kitty.

Since it’s his own label, I guess most of his income goes directly to royalties.

Even if he doesn’t have that many hits, he doesn’t seem to have any trouble making a living.

Also, I think it is easier to pursue the music you want to do without being bound by business restrictions.

I think it is ideal for a musician to have creative freedom and not be cut out of the loop too much.

In that sense, this person may be a good role model.

This person is also famous as a multi-instrumentalist.

He is a man who can create freely in many ways, and I think this freedom makes his music more attractive. 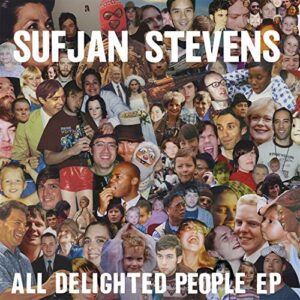 This jacket reminded me of the CD jacket of Ketsumeishi. 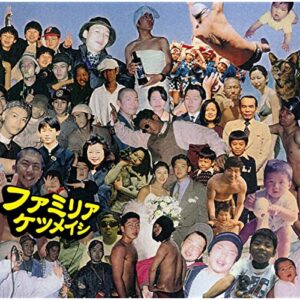 Isn’t it a bit similar?

Now, this EP is 59 minutes long, so you can almost consider it as an Album.

The EP was released in 2010, the same year as “The Age of Adz”, but the songs are not duplicated.

As an album, I think the music is closer to “Michigan” and “Illinois” than “The Age of Adz”.

This song has a strong electronica color. 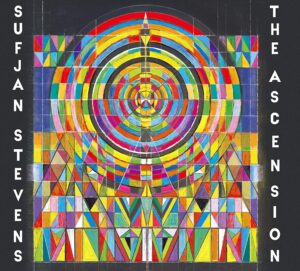 In this album, there are no more folky songs.

Some people may feel a little sad about that.

Some people have described it as being like Radiohead, and it is true that the feel of the sound is very similar, and there are many songs with a calming effect.

As the album name suggests, the album as a whole has a serious and spiritual atmosphere.

However, this song may be unique among them.

It is a pop song similar to Kraftwerk, with a cool and pleasant sound.

Including the song title, it may be a tribute to Kraftwerk. 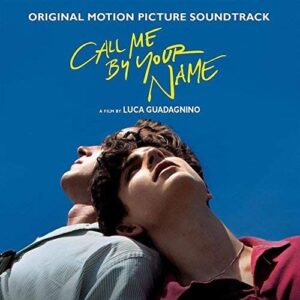 Here is one more song that you can’t check out from the original Album alone.

This song was provided as the theme song for a movie called “Call Me By Your Name”.

It was nominated for an Academy Award and became a big topic of conversation.

The two Christmas albums “Songs for Christmas” and “Silver & Gold” are also enjoyable regardless of Christmas.

I will continue to keep an eye on this guy.