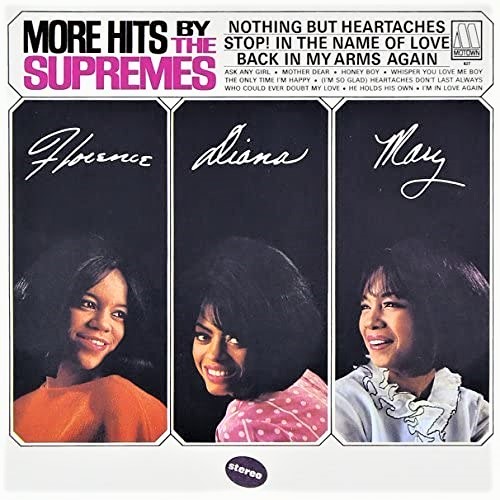 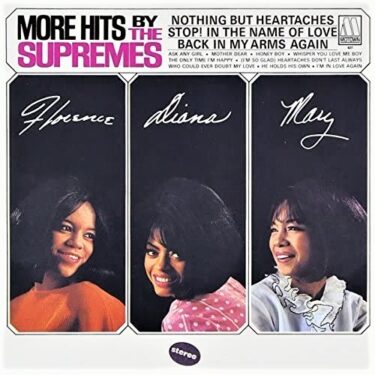 This time, I created a ranking of the Supremes.

In the 1960s, they were releasing hit after hit.

This time we focus on their most glorious period.

Their success story is the model for the movie “Dreamgirls”.

These songs are fun to listen to. 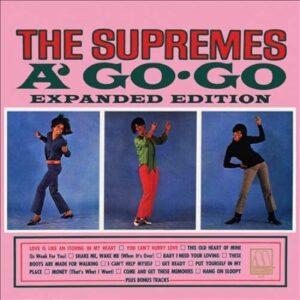 This song is known to be covered by Phil Collins and Hi-Standard.

Here’s a cover by the Stray Cats.

I think most people have heard this song by the girls.

It has reached number one on the singles chart, but that’s not all.

This is the first album by a girl group to reach number one.

I think it’s a song that deserves to be number one. 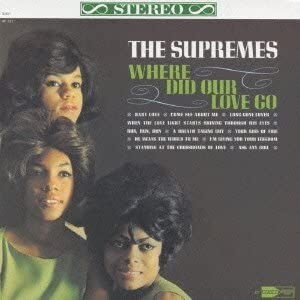 If it weren’t for “You Can’t Hurry Love,” this song would have been their signature song.

The song was ranked #324 on Rolling Stone’s list of the 500 Greatest Songs of All Time by Rolling Stone magazine[6].

Surprisingly, however, this song was the fifth single cut from the album.

This means that there were many other good songs on this album.

This album contains three singles that reached number one in the United States.

I chose four songs from this album alone, but I still had to leave “Come See About Me” out of the list.

I think it is their best work.

This album is so good that I couldn’t introduce a song from the highly acclaimed “Sing Holland-Dozier-Holland”.

Their songs were characterized by lyrics about women’s feelings.

Since Motown songs are mostly pop songs for the masses, you might think that the lyrics would be insignificant.

However, it is well known that the lyricist that Bob Dylan admires is Smokey Robinson of Motown.

This song is also about a girl who is hurt by the man she loves, and she wants other girls to hear what it’s like.

Motown Records does a really good job with their songs.

The marketing power to create hit songs was also unparalleled.

It was such a rational strategy that there was no room for the free will of the artists.

But nevertheless, Motown’s music has not faded away easily.

It may be amazing that this song still sounds so appealing even though it is more than half a century old. 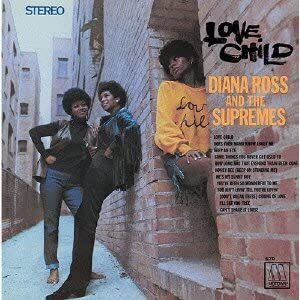 This song is one of the hidden gems I discovered this time.

It is the B-side of the single “Someday We’ll Be Together,” but it is rarely included in the best of albums.

Their heyday was surprisingly short, probably between 1964 and 1968.

Love Child”, which contains this song, was released in 1968.

Motown merchant Berry Gordy, Jr. was afraid that the girls would fall out of favor, so he took steps beforehand.

For this album, Ashford & Simpson were added to the production team.

There was also a change of members.

In 1967, Florence, who had become dissatisfied with Berry’s selling style of putting only Diana in the forefront and had fallen into alcoholism, was fired, and Cindy Birdsong joined the group.

The group’s name was changed to Diana Ross & the Supremes.

Looking at the album jacket, you can see that they have developed a different image than before.

At the time, they were called The Primettes.

I don’t think it’s that good, but for historical value, here’s a song from that time.

The girls then signed with Motown and released “Meet the Supremes”.

It was from this album that the girls began to show their true colors.

Berry Gordy, the president of Motown at that time, saw the potential of the girls with his keen insight.

He coordinated the Holland-Dodger-Holland song with the girls.

It was the first song to reach number one on the singles chart.

No.6「When the Lovelight Starts Shining Through His Eyes」(Album:Where Did Our Love Go)

Motown’s songs were often used at dance parties in those days.

This song must have been in heavy rotation at the time.

For dance numbers, performance is important.

One of Motown’s strengths was the presence of a strong house band.

One of Motown’s strengths was its strong house band, most famously James Jamerson on bass, but I think Mike Terry on barrington sax also contributed greatly.

At that time, Motown had a rival group called Martha and the Vandellas.

Perhaps they were trying to differentiate themselves from the other two groups, but after that, they did less flashy dance numbers.

I would have liked them to do more of these songs. 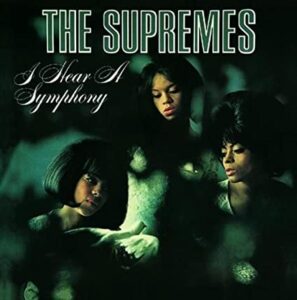 After “Where Did Our Love Go” became a big hit, the girls released a variety of albums.

The album project I mentioned above was probably a promotional strategy to expand the base of popularity.

However, Berry Gordy seems to have decided to recoup his investment here.

Actually, before this album, I recorded a collection of standards called “There’s a Place For Us,” but it was never released.

I decided to produce this album by putting the recorded collection of standards into storage.

We have returned to the original Holland-Dodger-Holland system.

Among the songs you can’t miss are “My World Is Empty Without You” and this song.

The girls went on to have a string of hits and reached their prime.

No.8「Stop! In the Name of Love」(Album:More Hits by The Supremes) 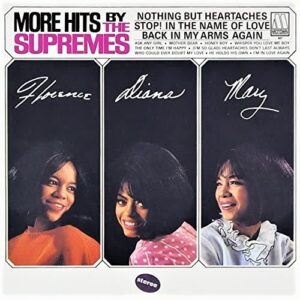 Let’s take a look at the composition of the band at this point.

These three are the members of the golden age.

Diana Ross is the most famous, but that is because of Berry Gordy’s intentions.

Previously, they were not that Diana-centered group.

Florence’s popularity, in particular, seemed to come close to Diana’s. But Florence was not Diana-centric.

However, Florence rebelled against the Diana-centered line and decided to leave the group in 1967.

It seems she didn’t want to be just a backing chorus member.

After leaving the group, Florence suffered from alcoholism and died of a heart attack at the young age of 32.

Mary and Florence were not the only backing singers for this song.

A female chorus group called Andantes was added to add to the impact of the chorus.

How did Florence feel when she was recording this song? 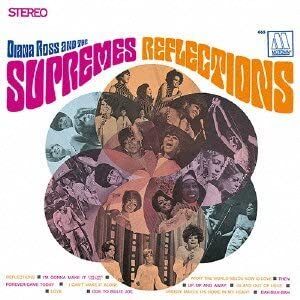 This time, I set some restrictions on the song selection.

At that time, every Motown group had many cover songs, and the girls also sang other people’s hit songs.

This time, however, I decided to exclude songs with strong images of other people.

Also, although the girls have been musically fulfilling since Diana Ross left the group, I have excluded songs from that period.

They have 12 songs that have reached number one on the singles chart.

It would be easy to fill up this ranking with only hit songs, but if that is all there is, there is nothing new to discover.

This song is another hidden gem that I chose this time.

It may not be a flashy song.

But it’s such a good song that it’s a wonder it didn’t become a single. 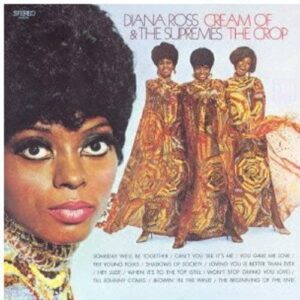 It is said that Berry Gordy’s decision to focus on Diana was influenced by the fact that they had been lovers.

Back in 1969, the girls were in the doldrums of popularity.

Love Child,” which featured a new member, Cindy Birdsong, was a sales disappointment.

The next album, “Let the Sunshine In,” was even worse.

The Album was then released.

In this song, Diana says goodbye to the rest of the band.

The song went to number one in the U.S., which was a great ending.

Diana Ross went on to have a very successful solo career.

The remaining members of the band did not have any hits in the 1970s, but they left behind some great songs.

Here is one of the songs by the Supremes from the 1970s.

There are many other good songs in the 1970s by the Supremes.