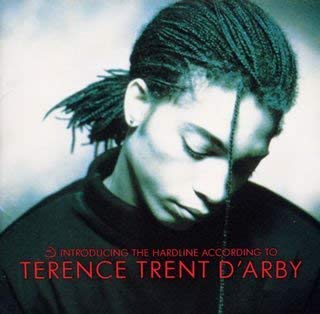 This time we have created a ranking for Terrence Trent D’Arby.

He later changed his name to Sananda Maitreya, which took the world by surprise.

This time, we are looking at albums before the name change, that is, from his debut to his fourth album.

He is a person who is rarely talked about nowadays, but he deserves to be reevaluated.

This is because he is an artist whose talent is too good to let fade away.

I think he’s a monster.

With the exception of Michael Jackson, he is the only one who could come close to Prince, who was in his prime at the time. 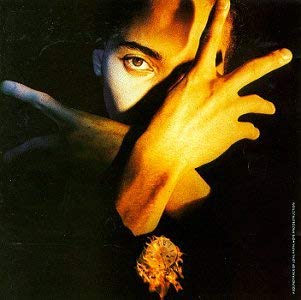 You may think it is surprising that this song is number one.

For me, Terence is this song.

When I checked the discography this time, I found out for the first time that this song had been cut as a single.

However, it is not ranked.

Of course, it didn’t sell well, but what if you actually listen to it?

To put it bluntly, the hit charts are wrong.

It doesn’t matter if it sold well or not when it’s as great as this song.

First of all, the intro synth is very cute.

And the simple drums are great.

The only drawback is the self-consciousness of the song title, but I hope you can overlook that. 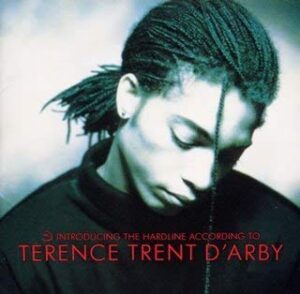 This is his debut single.

For what it’s worth, I’d like you to watch the official video above.

Probably since that time, promotional videos of popular artists have been accompanied by dance choreographers.

They must have been trying to improve the quality of their performance in order to effectively appeal to a large number of people.

But the cool thing about this video is not that kind of artificiality.

I strongly recommend you to watch the second half of this video rather than reading my poorly written text. 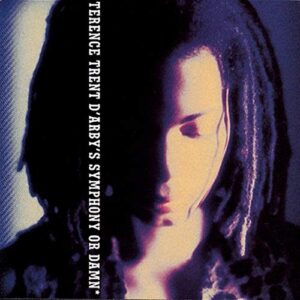 This song is a taste of the power of his prime.

I think he was probably in a bit of a tailspin after the sales failure of his last album.

Probably because their last album was a big hit, a lot of money was spent on promotion.

I think it’s safe to say that the result is a disaster.

He had a long interval of three and a half years after that.

At the time of his debut, Terrence made a series of statements in interviews to the effect that he was quite confident in his talent.

His pride was hurt when his second album faltered.

He vowed to humiliate himself and released this third album in full force. 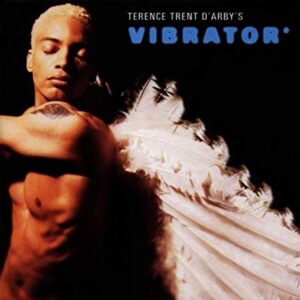 In his case, it is unclear why it stopped selling.

Some of his songs were suitable for singles, and the quality of his music maintained a high standard.

Maybe this world we live in just couldn’t digest his challenging and dense music.

What worries me is his mentality.

Incidentally, after this album, he changed his name to Sananda Maitreya by a dream sign.

After this album, he changed his name to Sananda Maitreya.

Also, as a side note, his looks have changed a bit with shorter hair.

Anyway, it is wonderful that he continues to make excellent music and still tries to move forward musically.

If you listen to the rhythms of this piece, you can see that he was still challenging himself.

It is generally said that the second album was a failure.

It was certainly a sales disaster, and even some people around me said they were disappointed.

However, people who have listened to a lot of music tend to think highly of this album.

In fact, as a self-proclaimed music junkie, I consider this album to be one of my best.

One of the features of this album is that it has more introspective songs.

One of these songs is this one.

This song was cut as a single, and I can’t believe they decided to make it a single.

He may have been worried that people didn’t understand him at the time.

Like the previous song, this is a selection from the second album.

This song has a strong rock flavor.

When I listened to it again after a long time, I thought it sounded like Lenny Kravitz.

Well, the opposite, of course.

This song starts off with the idea that we are on the negative side of love.

Incidentally, when he was working on this album, he was listening to the Beach Boys’ classic album of the century, Pet Sounds.

“Pet Sounds” was also made when Brian Wilson was mentally unstable.

What made Terrence different from Prince was this sensitive inner world.

There may have been some bad influences, but there are also songs that make use of this sensitive inner world.

This is a selection of songs from this debut album.

It’s a relatively straightforward funk number with a slight 80’s flavor to the sound.

The use of horns, for example, is also very common in soul music.

It’s not exciting or surprising, but it’s very comfortable music.

The first album was a big hit worldwide, and this is one of the hit songs.

I think the reason why the first album was a hit was because it had many pop songs that were well put together.

By the way, this guy is a multi-player who can play a variety of instruments.

What’s advantageous about being a multi-player is that it’s easy to reflect the music you want to play in every corner of your life.

On the other hand, if the player is too particular, the music tends to become self-indulgent, which is a negative aspect.

It can also cause a loss of dynamism in the performance, and the overall sound can become stuffy.

I think this is the reason why the second album has a closed-room feel.

First of all, listen to the melody at the beginning of this song.

It may sound like an ordinary melody, but I think only a talented person could write it.

By the way, “Penelope” in the title of the song refers to the wife of Ulysses in Greek mythology, and is said to be the image of a chaste woman.

In this song, a man who seems to be Terence at the age of 17 is asking out a woman.

In this song, a man who looks like Terrence at the age of 17 is asking out a woman, but the woman is preoccupied with a TV show that Chrissie Hynde is on and wants to go home.

Chrissie Hynde is the female singer of a band called the Pretenders.

Moreover, Chrissie Hynde is in the chorus of this song.

I wonder how Chrissie Hynde felt when she was sung about as an obstacle in the way of love.

Well, I guess she is expressing her respect in her own way.

As I mentioned earlier, this “Symphony or Damn” album is Terence’s revenge album.

The first half of the album is particularly strong, with its strong rock music.

To begin with, he is the type of person who opens up his own life through bold actions rather than standing still.

He was born in Manhattan, New York. So he is a city boy.

He joined the U.S. Army to pursue a career in boxing.

Later he lost interest in the army and boxing and went to Germany to join a band and later to England to make his solo debut.

I guess he is the type of person who goes through a lot of trial and error, but keeps moving gingerly towards the future.

In this song, his spiritedness is expressed in a rock-like design.

As I have mentioned, the first album was a huge hit.

Five songs were cut as singles, and this one reached number one in the United States.

In addition to the singles, there are many other great songs like “If You All Get to Heaven” and “Let’s Go Forward”.

In the midst of all the great songs, this song has a nice, light-hearted charm.

Even though it is his biggest hit, if you were to say that this song is his masterpiece, it would be a little different.

But I feel that this song has a kind of casualness that he lost when he started to play the music he really wanted to play.

When I listened to this album again after a long time, I felt that the performance was surprisingly live sounding.

At least, it is not the easy sound of the hit songs of the time.

Perhaps that’s why there was a lightness to it, but I didn’t find anything frivolous about it.

The previous song was a bit heavy, so let’s close with this song, which is like a superb pancake.