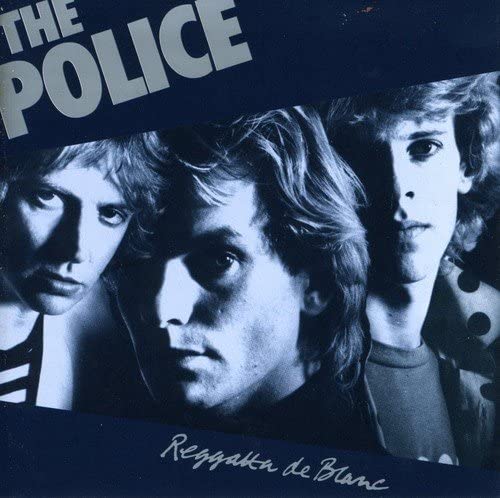 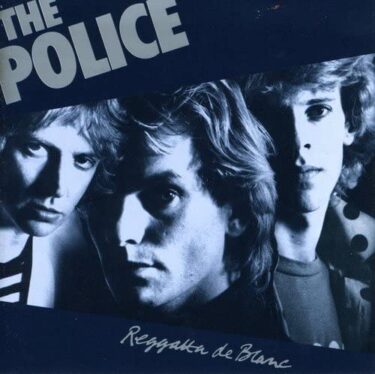 This time, I excluded “Synchronicity” from my song selection.

I thought it would be better to listen to that album as a whole, rather than just a few songs from it.

I have selected the best songs from the other four albums.

I think the selection is as good as “Synchronicity”.

However, it’s really amazing that “Synchronicity” can finally be evenly matched with so many great songs.

The intro to the song is a winner.

For Andy Summers, he plays a rock-like guitar.

The whole performance is very forward and aggressive.

The protagonist of this song is in distress, and is trying to ask for help by throwing a bottle with an SOS message into the sea.

However, the lyrics say that not only his bottle, but countless other bottles are washed up on the beach.

In other words, the message is that everyone is lonely and in need of help.

I think this is a great song with an interesting message, a brilliant performance, and a catchy tune.

No.2「Every Little Thing She Does Is Magic」(Album:Ghost in the Machine) 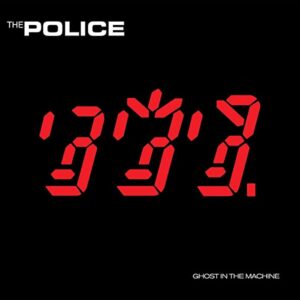 From their third album, their musical style has gradually changed.

The number of notes has increased and the sound has become thicker, and this album is the culmination of this trend.

They are a three-piece band (guitar, bass, and drums).

However, in this album, they boldly introduced synthesizers and went beyond what the three of them could express.

This song contains not only synthesizers but also piano.

The piano is played by Jean Roussel, who adds a sense of dynamism to the song, acting like a shadowy MVP.

This song is one of their most fun songs, and the members seem to be having a great time in the music video. 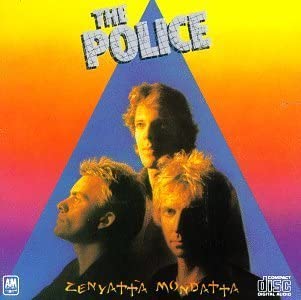 The lyrics read that a young teacher is the object of a high school girl’s fantasy.

Perhaps it’s meant to be an exposition.

The young teacher is appealing to the female students not to come so close to her.

In the music video, Sting also plays the role of a nervous teacher.

Actually, Sting used to be a teacher before he became a musician.

He was in charge of children from 5 to 9 years old, but during his educational training, he took on students up to 15 years old.

The song may have been written based on his experiences at that time.

Sting was quite handsome when he was young, so he must have been quite popular.

They have been sending out political messages for a long time.

On this album, there are even more such songs.

The album name sounds like a criticism of civilization, doesn’t it?

This song also warns us that we are at the dead end of evolution.

While the song is concerned about the direction of evolution, it is also ironic that it uses synthesizers and other technology to create a strong sound.

By the way, the jacket looks like a three-digit number, but it seems to be a digitized version of the members’ faces. 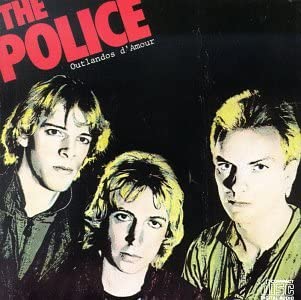 From the name of the song, you would think it was a love song, but it was a song about suicide.

It is a song that was banned by the BBC for encouraging suicide.

If you read the lyrics, you can see that the song is trying to hold back a friend who is thinking about suicide.

But on the other hand, he sings, “This is probably the last time I’ll say goodbye, but I don’t care much, and I won’t cry.

Maybe the BBC was offended by his coldness.

In this song, Andy Summers’ guitar is the focus.

Andy is not a rock type of person by nature.

He was a jazz player before his debut, and he was a complete player at the age of 35 when he debuted.

He’s not the type of guy who leads from the front, and he’s not a typical rock guitar player.

However, he has played some of the greatest songs in rock history, such as “Every Breath You Take.

In this song, he stands out a little more than usual, but if you listen closely, you can hear that his phrasing is out of the ordinary.

This band has a rather unique sense of language.

You don’t usually name a band “Police” in the first place.

The name of this third album also makes no sense.

It seems that they have a sense of naming that is not so straightforward.

Now, did you know that there is a version of this song that is sung in Japanese?

Even though I am Japanese, I think his Japanese is very good.

The Police – De Do Do Do, de Da Da Da (Japanese version)

In this song, the Song Title is just onomatopoeia.

In this blog, I want to introduce you to good songs, regardless of whether they are singles or famous.

I am obsessed with introducing songs that are not well known, un-single or obscure.

It would be easy to introduce only singles, but if that were the case, a best of album would suffice.

This song is the first of the obscure songs that I have introduced.

This band is very good at cutting singles, and most of their good songs have been singles.

This song, however, is one of the few exceptions.

This is a song where you can taste the greatness of Stewart Copeland’s drumming.

His drumming is characterized by a sharp start and a lot of hands.

He is the complete opposite of the R&B drummers who just keep the rhythm and create a unique groove.

In this song, the intro first attracts the ear.

Perhaps it is his use of hi-hats that gives his playing a sense of sharpness and speed.

While Andy’s guitar is subdued, Stewart’s drums are sharp and noticeable.

However, perhaps because of his excellent interpretation of the songs, they are never too loud.

They studied reggae very well and were one of the few who could play reggae in a fairly authentic way.

However, there are some differences from the real thing, and I think they interpreted reggae music in their own way.

There are many songs that start out as reggae but turn into rock at the chorus.

I think they were trying to make music that was somewhere between rock and reggae.

By the way, this song is about a man who falls in love with a prostitute.

The song is about a man who falls in love with a prostitute, and says things like, “I won’t talk down to you,” and “I’ve liked you since the first time I met you.

When Sting sings it, though, it’s hard to know how much of it to take in.

They originally played in a punkish style.

By the way, their debut single is not “Roxanne”.

It was a 1977 single called “Fall Out”, which was not included on the album, but at that time they were playing more punkish songs.

The following year, 1978, this Album was released, but the song still has a little punk-ness to it.

If you are only familiar with the later, more sophisticated Police, you might be surprised.

However, Andy Summers’ performance is not very punk-like.

Instead, he plays an unusual slide guitar at about 1:06.

I was reading Wikipedia and found the following passage.

At the time, they boldly stated that they would break all the world records set by the Beatles within the next three years or so.

The first Album was #6 and all subsequent Albums have been #1.

It may not have been the Beatles, but it was a huge success.

This song is about how people say I don’t see reality and only dream about it, but I don’t care.

However, after “Synchronicity”, they broke up due to disagreements between the members.

Apparently, they only walked on the moon until “Synchronicity”.

However, they reunited and toured in 2007.

I hope they will produce an Album when they feel like it and walk on the moon again.