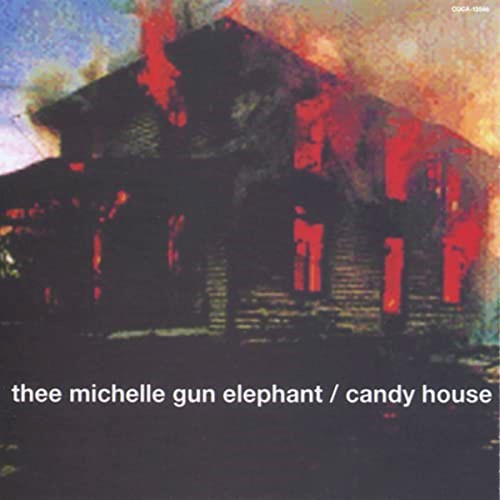 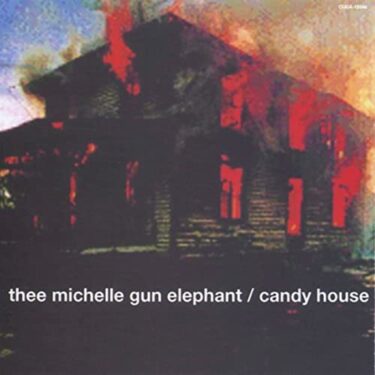 This time we created a ranking of Michelle Gunn Elephant.

They have breathed life into the old rock and roll.

Yusuke Chiba once said of another band, “It’s still burning rock and roll.

I would like to return those words to them. 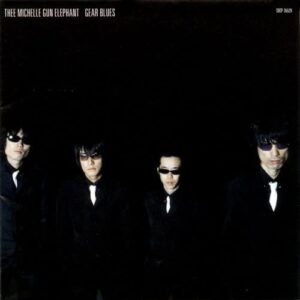 The guitar of Futoshi Abe is out of control in this song.

His playing is characterized by razor cutting.

But this kind of driving feeling is also wonderful.

When I think of him, he was always quiet.

After their major label debut, they rarely MC’d at live shows until their breakup, but at the end of the breakup live, they just said “Thank you” with a smile on their face and ended their activities with THEE MICHELLE GUN ELEPHANT.

But his guitar was always such an eloquent instrument.

On Wikipedia, he was described as “quiet and polite” and “not good at group activities”.

That meant that there would be no more TMGE reunion.

There will be no reunion without him. 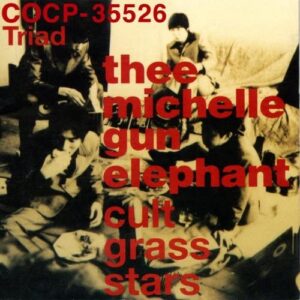 I love the lyrics of a song called “Casino Boogie” by The Rolling Stones.

The lyrics of that song are a play on words.

But that alone gives it a sense of decadence and urgency.

In this song, Yusuke Chiba sings about baking bread and waiting for the end of the world.

He jokes around and pretends that he can afford it.

But on the other hand, he seems to be trapped in a place where he is on the edge.

This duality of Yusuke Chiba was the charm of this band. 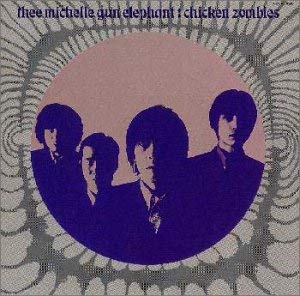 This time I listened to the whole album again.

I thought the later albums, which are not as highly regarded as the earlier ones, were also excellent.

If a new band releases something of this caliber, it will be very well received.

For a while, their music seemed to be getting heavier and more intense.

This may have been due to their desire to make a stronger impact than in the past.

However, the more intense and more violent the music became, the less effective it became.

I think he was facing such a dilemma in the latter part of his career.

When I listen to this song, I feel that it was good as it was at that time.

A casual song like “My Neighbor’s Brother” was enough for me. 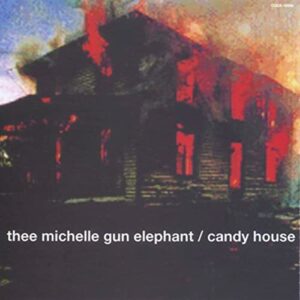 This Album is the best album of the early years.

The songs on the Album are also included in single versions.

The best album of theirs is “TMGE 106”, but there is no duplication of songs from that album.

Now, Kujala’s drumming is wonderful in this song.

The musicianship is one thing, but the ability of the drummer may be a big factor.

Michelle is a very danceable band for this kind of band.

If the drummer is not good, the whole band will not groove.

In this respect, Michel had Kuhara.

Kuhara has been playing wonderfully in The Birthday, which he formed with Chiba after the breakup. 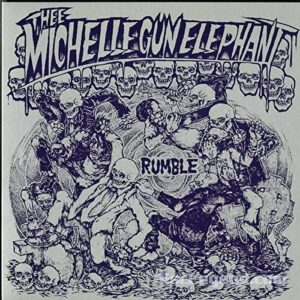 This song also has interesting lyrics by Chiva.

Hey, Lucy, you two.
You found your happiness.
It’s over. It’s over.

It’s a song with a similar theme to “The End of the World.”

I think their music is strongly influenced by pub rock.

Pub rock is the kind of rock played in British pubs and loved by the working class.

I think they are the best of Japanese pub rock.

The intro is the best part of this song.

The bass alone makes this song a masterpiece.

They were a band with great playing ability.

However, their playing ability was not just a matter of high technique.

They mainly focused on live performances, touring 40 to 60 live houses and halls throughout Japan in one tour.

On “Music Station,” Uyeno said, “After I make a record, I don’t have anything else to do, so my job is to tour.

They made their performance sharper and more pointed in a live setting.

When you listen to this song, you would think it was a live performance.

The performance skills developed in live performances are also evident in the studio recordings. 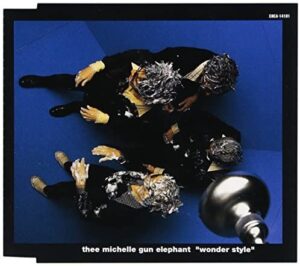 They were formed out of a band circle at Meiji Gakuin University.

When they formed in 1991, they performed at a famous live house called Attic in Shimokitazawa the same year.

It seems that the band had both popularity and ability from the beginning.

The origin of the band’s name is well known.

Chiva’s friend (the bassist at the time of the band’s formation) misread the written album title of Damned’s Album “Machine Gun Etiquette” and adopted it as it was[13].

This is their debut album, released in 1995 on an indie label.

As far as this song is concerned, it seems that their musical style was already solidified.

They were influenced by a band called Dr. Feelgood.

This song, for example, is like a Japanese version of Dr. Feelgood. 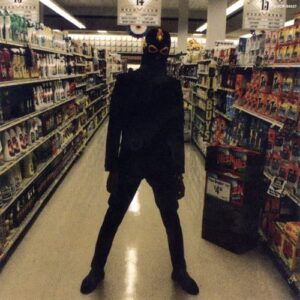 This song focuses on the machine-gun cutting of Futoshi Abe.

He is influenced by guitarists such as Wilko Johnson and Mick Green.

This song may be too thrilling for some.

This song may be too thrilling for some, but it is the only song you can hear like this in this band.

It may be too stimulating for new listeners. 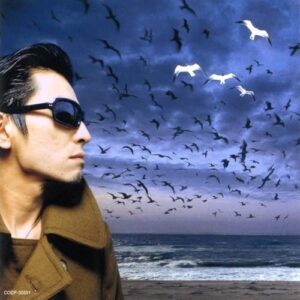 It is said that their best work is one of “High Time”, “Chicken Zombies” or “Gear Blues”.

I’m of the same opinion.

However, when I listened to them again this time, I found that their later works are also very good.

For example, please listen to the following songs from “CASANOVA SNAKE”.

SABRINA HEAVEN” and “SABRINA NO HEAVEN” are also masterpieces when compared to the rest of the band.

This song is a masterpiece that proves that the highest point of the past can be reached again.

This song is 8 minutes and 42 seconds long.

It’s not a single cut, but it’s a famous song that everyone knows.

I don’t like long songs, except for jazz and prog.

I don’t like long songs, except for jazz and prog, but even I am glad that this song was not edited to be short.

The intense sound created by Yusuke Chiba and Abe is very moving.

The tension in their music is so high that it is not easy to listen to.

But once you listen to them, you will always be immersed in their world.