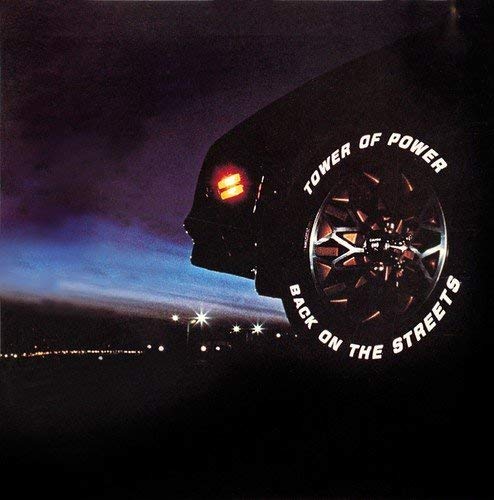 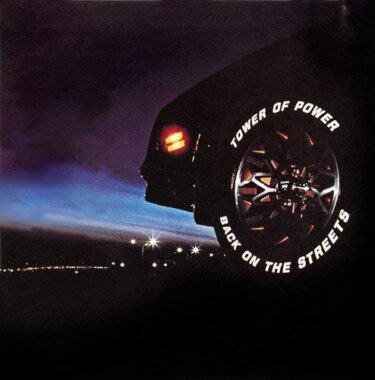 In this article, we have created a ranking of Tower of Power.

The appeal of this band is the performance aspect.

The thrill of rhythm in particular is more like a sport that requires quickness than a musical performance.

In general, this is a group that is often talked about in that aspect.

However, I would like to appeal to another aspect of this band.

That is the excellence of their singing.

This time, I wanted to introduce their appeal in as many different aspects as possible, so I selected this song. 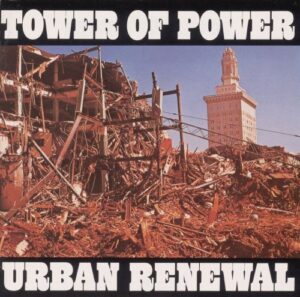 Of the too many great songs by this band, this one is the undisputed leader in my book.

Maybe many of you are the same.

Generally speaking, their heyday is the period from “Bump City” to “Urban Renewal”.

Some people might include “In The Slot” as well.

I think it was a very happy time for them, as their performance was directly linked to their sales.

At this time, Lenny Williams, who joined the band on the third album and supported them during their heyday, was on vocals.

As usual, the rhythms were in great shape.

In terms of performance, the organ makes a particular contribution.

This band’s favorite song varies from person to person, depending on whether you focus on the appeal of the song or the greatness of the performance.

This song, for example, is a masterpiece that matches both at a high level.

No.2「You Ought to Be Havin’ Fun」(Album:Ain’t Nothin’ Stoppin’ Us Now) 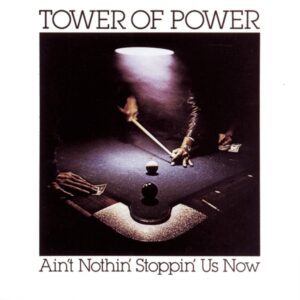 They moved to Columbia Records after this album.

The first single from this album, their first album after the move, was this song.

It was cut as a single and became a hit there.

I’ve never really paid attention to whether it was a single or not, because I think these people listen to albums in the first place.

However, this song is very much an extroverted pop song that is suitable for a single.

They were most popular around the time of “Back to Oakland,” and it’s the albums before and after that that are generally regarded as their masterpieces.

As for their performance, I would like to agree with that assessment.

However, in the Columbia era, they have been pushing the pop line even further.

Since their last album or so, they have been putting more emphasis on songs, and I think they have achieved a great deal with this album.

This is the album that I usually listen to and it is my favorite. 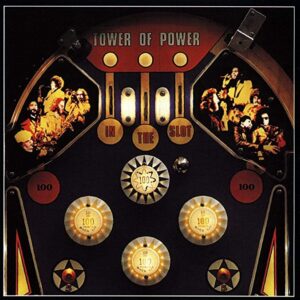 The intro to the song is already a classic.

They are a band with a lot of changes in members.

Normally, they tend to use singers with similar characteristics to the past singers, because they play the past songs live.

But they don’t seem to be thinking about that at all.

Since the first album, they have been replacing singers with different characteristics each time. There is no consistency.

Moreover, it is not only the vocalists who have been changed frequently.

I counted the cumulative number of members up to now, and it was a whopping 54.

Like The Doobie Brothers, it might be better to call them a community rather than a band. 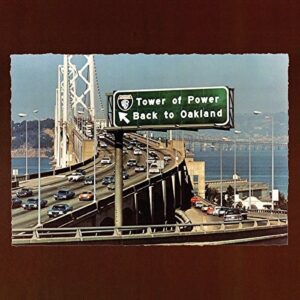 This album is often referred to as their masterpiece.

First of all, the bass player is Francis “Rocco” Prestia and David Garibaldi, an ironclad lineup in their prime.

In addition to that, there is Lenny Williams, who is probably the most popular vocalist of all time.

There are so many goosebump-inducing performances in this album, including “Squib Cakes,” which I wasn’t sure whether to choose this time.

The performances are so amazing that you can’t just ignore them, you have to listen to them carefully.

Auckland is the birthplace of the band.

In short, it seems to mean that they want to go back to their roots.

Auckland seems to be an unsafe port city, and they were a bit of a rough funk band when they debuted.

The fact that there is a lot of wild funk on this album may be due to this intention. 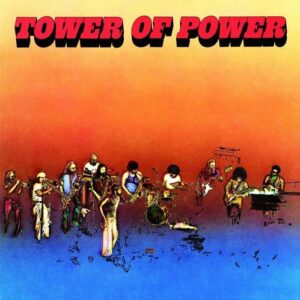 This song is a selection from my third album.

This song has an unusually relaxing vibe to it.

The band has an urban vibe, but they have become more sophisticated.

However, at this time, they still had a little bit of grittiness left in them.

This song has a kind of human warmth to it.

In 1973, when this song was released, Southern Soul, the music of the country, was also a hit.

This was the year that O. V. Wright released his deep soul masterpiece “Memphis Unlimited” and Ann Peebles had a hit with “I Can’t Stand The Rain”.

Incidentally, this song was their biggest hit, reaching #17 on the US charts.

I wish they would have done a few more of these raggedy songs.

That’s how charming this song is. 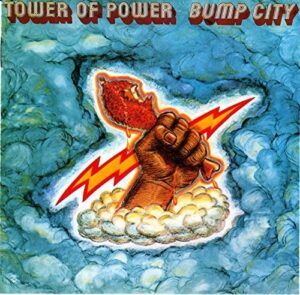 This song was selected from their second album, “Bump City”.

This time, I didn’t choose a song from their first album, “East Bay Grease,” but from their debut, they had been playing with a unique style.

However, from this second album, I felt that they started to establish their own style.

The two pillars of the album are the dynamic funk line and the mellow songs with main vocals.

In this song, the vocalist from the previous album, Rufus Miller, has been replaced by Rick Stevens, and the mellow part of the song is pushed all the way.

They tend to focus only on Rocco on bass and Garibaldi on drums.

But in general, this group is highly regarded for their horn section.

They were the horn section for Huey Lewis & The News during their unsuccessful years.

They overcame the bad times with their horn section work.

You can taste the charm of their horns in this song. 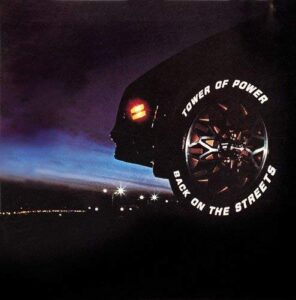 This is a big milestone album for them!

First of all, it was their last album for Columbia Records.

I don’t think it’s that bad, but their popularity was sluggish at this time, and they are generally not popular among their fans.

Columbia, as many of you may know, is a relatively large record company.

So they are not the same company that is happy to release music that is popular with a few geniuses.

They had a few enthusiastic supporters in their hometown, but their general sales were not doing well.

But they were trying.

Gradually, they shifted to singing, and I think this song proves that they were right in that direction.

This song is like MichaelJackson back in the days of Off The Wall.

It was written by Geoffrey Leib of Pieces, and is also included in their album called “AOR Masterpiece”.

I’d like to give this one the edge over the other version.

I think this album is a masterpiece because the songs are so powerful.

Incidentally, I chose two songs from this album, but there are many more that are on the same level as this one.

In case you are wondering whether or not to include them in your list, here are some of the candidates.

By the way, the title track and single cut “Ain’t Nothin’ Stoppin’ Us Now” is also quite good.

This song has a great intro with horns and a great chorus.

This song is not a traditional song that relies on the power of the band.

Instead, it has a sophisticated arrangement and an uplifting pop appeal.

There is no denying the appeal of their performances.

But these are really great songs. 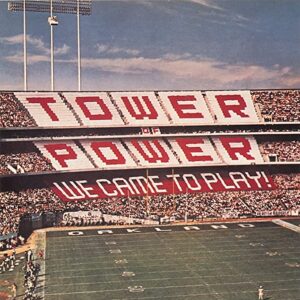 The main reason why this period is not as popular as it should be is because the two bass players and the drummer are not together in their prime.

Not one of the three albums from the Columbia era has both Rocco on bass and Garibaldi on drums.

On “Ain’t Nothin’ Stoppin’ Us Now,” Rocco is the only bass player, on “Back on the Streets,” Garibaldi is the only drummer, and on this album, the middle of the trilogy, neither is present.

I can understand the disappointment of a band without its pillars.

And the songs on this album are not as appealing as the previous ones.

Other than that, I think “Share My Life” is a great song, but overall it’s not a masterpiece.

In fact, this song itself doesn’t have much appeal either.

However, I chose this song in spite of this because of the excellence of the performance.

The first part of the song is very ordinary funk, so you can just ignore it.

However, please listen to the performance from about 1:21.

The bass and drums are playing a slightly strange rhythm, like breakbeats.

This performance made me rethink Victor Conte on bass and Ronnie Beck on drums. 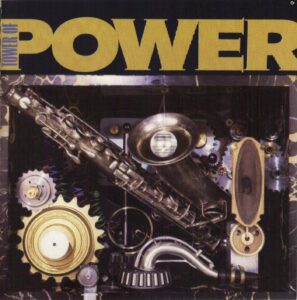 This song is a selection from an album that was released after a long period of disappointment.

Thanks to Huey Lewis, they were able to release an album in 1986.

The album that was released in 1986 was called “T.O.P.”, but that album was only released in Europe.

The following year, some of the songs were replaced and the album was released under the name “Power”.

It was a typical 1980’s sound, and I can imagine that their old fans were disappointed.

Of course, I don’t mean to say that this is a masterpiece.

However, this song shows that they are trying to take the chance that has come to them after a long period of disappointment.

I was also disappointed when I first heard this song, but after listening to it again after a long time, I thought it was not so bad.

The overly hot guitar in the intro is a little embarrassing, but I think it’s a well-written song.

It has allowed them to consistently release albums.

I had a feeling you might ask me if I forgot something at the end, so I’ll just cover one more song.

I think this song is probably synonymous with Tower Of Power for many people.

I’ve always thought that their band name is a bit similar to Circus Of Power.

Of course, I’m probably the only one who thinks so…

Rather than making such trivial jokes, please listen to this rhythm.

I’ve mentioned many times before that Rocco and Garibaldi’s rhythm section is very popular, and I think you’ll understand why when you listen to this song.

Not only the bass and drums, but also the guitars, horns, and even the organ are thrilling.

The whole band is just too sharp.

They are still active today, and it may be that those with skills will survive.